Starting KEXP’s 50 Years of Hip-Hop celebration with the year 1994 is perfect and brutal. Perfect, because 1994 felt iconic for the genre with acts like Nas, Biggie Smalls, Digable Planets, Outkast, Common etc etc etc. Brutal, because — well — how do you choose one group or one person to highlight?

Thankfully, I had a pretty magic moment in 1994 with one of the greatest hip-hop groups of all time — Fugees.

I was Director of Programming at REV105 in Minneapolis, Minnesota in 1994 and as soon as Blunted on Reality came out on February 1, 1994, we started spinning it non-stop. But playing the shit out of the Blunted on Reality CD (yes, it was 1994) could not have prepared me for seeing Fugees in the REV105 studios live months later. I didn’t interview them or host their session, but I was lucky enough to watch all the sessions/interviews and meet them.

They were at REV105 promoting a show at First Ave they were playing that night. Fugees were going on at 6:30, opening for Ben Harper. (Sidenote: It’s bizarre now to think about this iconic group opening for anyone.)

Joanne Hepburn did a spectacular job interviewing Fugees on air. I remember thinking how beautiful it was to hear Wyclef so easily talk about how voodoo is just a part of his religion and hearing Lauryn talk so easily through a question about being “a woman in hip-hop.”

REV105’s Shawn Stewart also got to interview Fugees (off air), while they were in the studio. They were promoting “Vocab” the group’s newest single.

But what happened at REV105 (more than anything) was that they freestyled the house down. I scoured my personal files at home until I found the drive of the produced piece from Shawn’s interview. (Score! Low-key hoarding for the win!) In the interview, Wyclef talks about “Vocab” and the meaning of it all.

“It's all on how you choose to express words and which is going to like vibe and just kick some lyrics, you know what I'm saying? On how we feel at this point of time. Basement style.”

That’s what it felt like watching Fugees perform. It was this intimate world that they brought you into — a basement hang where friends are coming together making art. And the words Wyclef Jean divinely chose to bestow upon you are both immensely special and so easily given. It felt special and listening again, it still feels special.

There are a lot of cool parts about this interview, but when listening to it again today, two quotes from Lauryn Hill stood out:

“The truth always comes out. Real music will always stand out. Whatever evils gens devils would ever try to suppress what is real and what is true will always rise to the top. So I think we just stay true to our music. Record companies trying to pull us both ways. One is trying to say, I well, you know, you're a hip-hop band. How could you be a hardcore hip-hop band? But that's what we are, you understand? It just happens that we play instruments. Why should we put down a guitar just because we rap?”

“In hip-hop, the lyrics are very important. Very important. It's crucial right now in ‘94, especially. I don’t know if you know Jeru The Damaja, but he said, 'Come clean.' You know, it's all about emceeing with authority and having some real righteous lyrics.”

So when you tell me that KEXP is celebrating hip-hop all of this year and we’re starting with the year 1994, I don’t have to think twice about the hardcore hip-hop band with the real righteous lyrics I want to highlight. Take a listen to the full 1994 interview below and tune in to Drive Time all this week to hear more rare Fugees clips.

Note: Thanks so much to Shawn Stewart, Joanne Hepburn, REV105, and Fugees for making something spectacular. 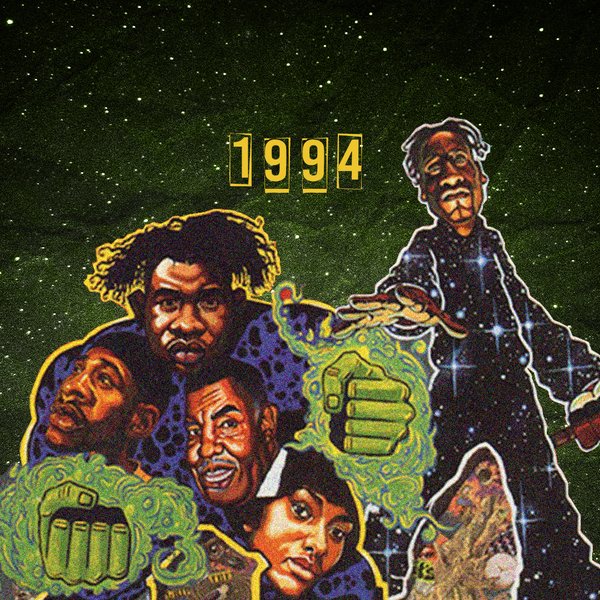