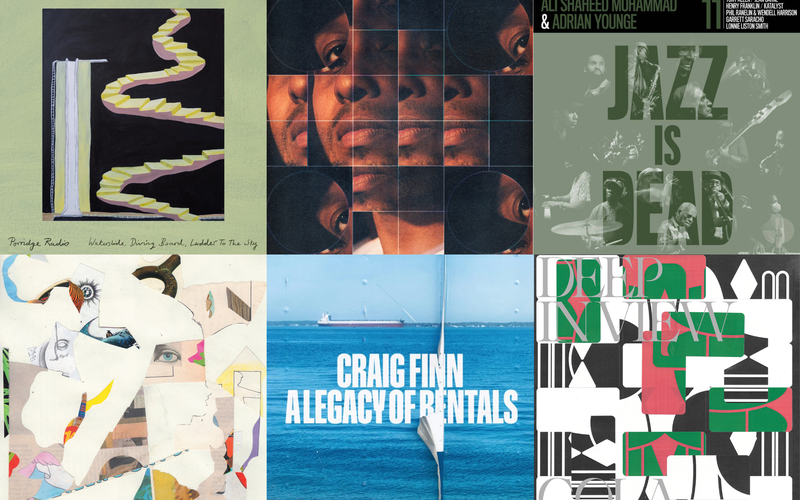 Each week, Music Director Don Yates (joined this week by DJ Alex) shares brief insights on new and upcoming releases for KEXP's rotation. These reviews help our DJs decide on what they want to play. See what we added this week below (and on our Charts page), including new releases from Porridge Radio, Adrian Younge & Ali Shaheed Muhammad, Craig Finn, and more.

Porridge Radio – Waterslide, Diving Board, Ladder to the Sky (Secretly Canadian)
The third album from this British band led by Dana Margolin is a potent set of emotive post-punk combining guitars, synths, piano, horns, strings and more with Margolin’s volatile vocals and anxiety-fueled lyrics of heartache, frustration and mortality. — DY

Craig Finn – A Legacy of Rental (Positive Jams/Thirty Tigers)
The fifth solo album from the frontman for The Hold Steady is a sharply crafted set of story songs that features a fuller cinematic sound this time around, combining a variety of guitars, keyboards, strings, horns, percussion and occasional harmonies from Cassandra Jenkins and Annie Nero with Finn’s sometimes sung, sometimes spoken vocals and often-poignant lyrics of struggling folks living on the margins of society. — DY

SOAK – If I Never Know You Like This Again (Rough Trade)
The third album from this Northern Ireland artist (aka Bridie Monds-Watson) features a more fully produced sound along with using a live band for the first time. The end result is an impressive set of streamlined, bittersweet indie-pop with fuzzy electric and occasional acoustic guitars, atmospheric keyboards, often-driving rhythms and lyrics of yearning, connection and identity. — DY

Banditos – Right On (Egghunt)
This Nashville-via-Birmingham, AL band’s third album is a well-crafted blend of roots-rock, soul and other styles, with a warm sound combining guitars, keyboards, occasional banjo and other instrumentation with Mary Beth Richardson’s powerhouse vocals and lyrics of struggle and resilience. — DY

Black Star – No Fear Of Time (self-released)
Nearly 24 years after dropping their classic debut album as Black Star, influential rappers Yasiin Bey (fka Mos Def) and Talib Kweli deliver their long-awaited second album. Enlisting Madlib as the album's sole producer, No Fear Of Time doesn't live up to the impossibly lofty expectations, but it provides a solid platform for three legendary hip-hop artists to showcase their talents in close proximity, even if that platform is currently only the podcasting platform Luminary. — AR

Lyle Lovett – 12th of June (Verve)
This veteran Texas artist’s 12th studio album (and first in 10 years) is a well-crafted blend of country, swing jazz, jump blues and other styles. The album features a few vintage covers (with Francine Reed duetting on three of them) along with seven originals revolving around family and domestic life. — DY

Mavis Staples & Levon Helm – Carry Me Home (ANTI-)
The legendary soul singer recorded this live album with the late drummer for The Band way back in 2011 at Helm’s barn and studio in Woodstock, NY for one of his famed Midnight Ramble shows. The album features Mavis on lead vocals with accompaniment by members of both her and Levon’s bands on an often-stirring set of gospel, blues, soul and jazz. — DY

Carla Geneve – Learn To Like It (Dot Dash Recordings)
The debut full-length album from this Australian musician raised in the small Southwestern coastal town of Albany and currently based in Perth is a riveting set of evocative indie rock steeped in 90s' alt-rock touchstones. With vivid, candid, and brutally honest lyrics revolving around the power and pitfalls of relationships and booze, Carla's earnest style, dynamic backdrops, and expressive guitar touch upon grunge, slacker rock, and guitar-pop in impressive fashion. — AR

John Doe – Fables in a Foreign Land (Yep Roc)
The latest solo album from this Austin-based, X co-founder is a concept album set in the 1890s, combining a spare, often acoustic-oriented sound ranging from dark folk-rock and country-steeped folk to driving, roots-tinged rock with often-dark lyrics revolving around hardship and desolation. — DY

David Knudson – The Only Thing You Have to Change is Everything (Seawall)
The debut solo album from the former guitarist for Seattle band Minus the Bear is a solid set ranging from psych-tinged prog-rock to atmospheric dream-pop, combining intricate, effects-laden guitars with shimmering synths and a variety of guest vocalists. — DY

Mallrat – Butterfly Blue (Nettwerk)
The debut full-length from this Australian artist (aka Grace Shaw) is a fine set of atmospheric dream-pop along with some acoustic-oriented folk-pop with fuzzy electric and delicate acoustic guitars, shimmering keyboards, gentle rhythms, bittersweet melodies and lyrics of love and desire. — DY

Steve Monite – Only You (Soundway Recordings)
Soundway Recordings officially reissues the highly sought-after 1984 debut album Only You by Nigeria-born, London-raised musician Steve Monite. The album's genesis began after his self-funded recording sessions in London failed to secure him a label home in the UK, so he traveled back to Nigeria and was immediately signed to EMI Records in Nigeria to record tracks with renowned Cameroonian producer Nkono Teles. Fueled by Teles' fascination with electronics after soaking in the disco scene on a visit to NYC, Only You is one of the first African records to feature the Moog synthesizer and explore a spacey "electro-funk" sound. Quietly released without much fanfare, success, or label support from EMI, Only You sadly marked Steve's only release. Over 30 years later, his music has taken on a new life. "Only You" appeared on Soundway's 2016 compilation Doing It In Lagos: Boogie, Pop & Disco in 1980s Nigeria, the song was then famously covered by Frank Ocean at the 2017 FYF Fest, and then a year later Theophilus London and Tame Impala joined forces to record an official cover of the song, propelling the artist's name into conversation amongst a new legion of music fans. While the title track is still an unmissable highlight, there's other standout cuts to be found on this long-deserved reissue of Only You. — AR

Grant-Lee Phillips – All That You Can Dream (Yep Roc)
This veteran Nashville-based musician’s latest solo album is a solid set of mostly lowkey folk-pop combining a mostly spare, acoustic-oriented sound with lyrics revolving around the fragility of life during these uncertain times. — DY

MJ Nebreda – Sin Pensar EP (GODMODE)
The debut EP from this Miami-based vocalist/producer is an excellent set of addictive vocal-laced club-pop that pairs her magnetic vocals and lyrics sung in Spanish with sleek house grooves. Growing up between Caracas, London and Santo Domingo, MJ Nebreda's genre-blurring music blends Scandinavian-style space-disco and lush house beats with highlife and traditional Latin rhythms for an undeniably fresh sound. Sin Pensar offers up yet another stellar debut from the sharp ears at GODMODE, the Los Angeles label that has introduced the likes of Yaeji, Channel Tres, and Shamir to a larger audience. — AR 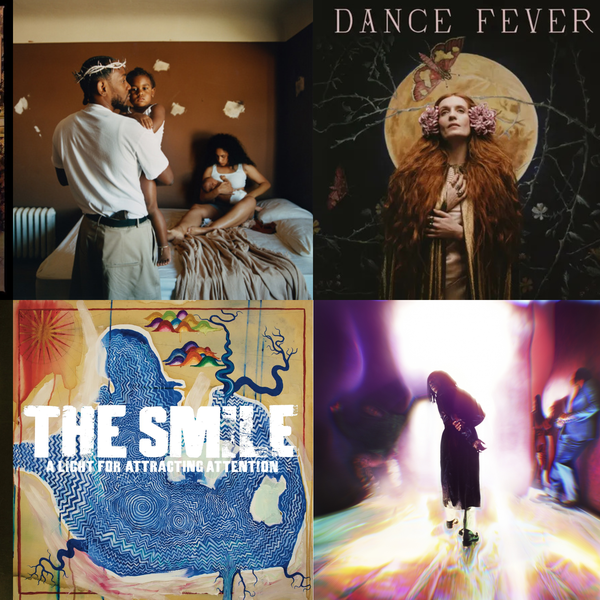 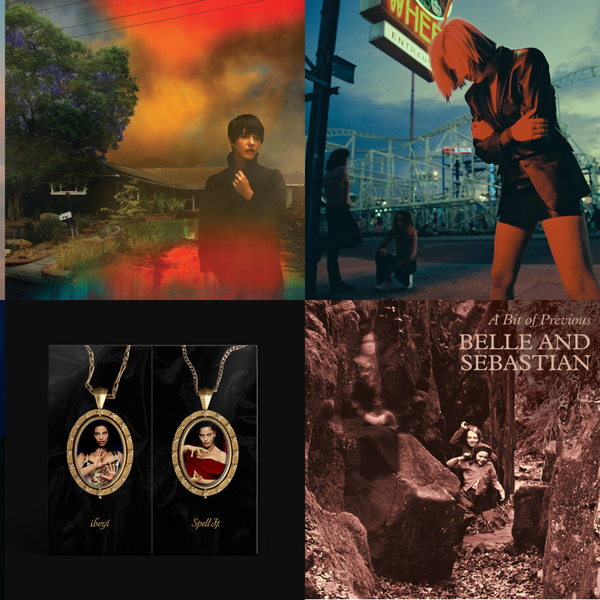 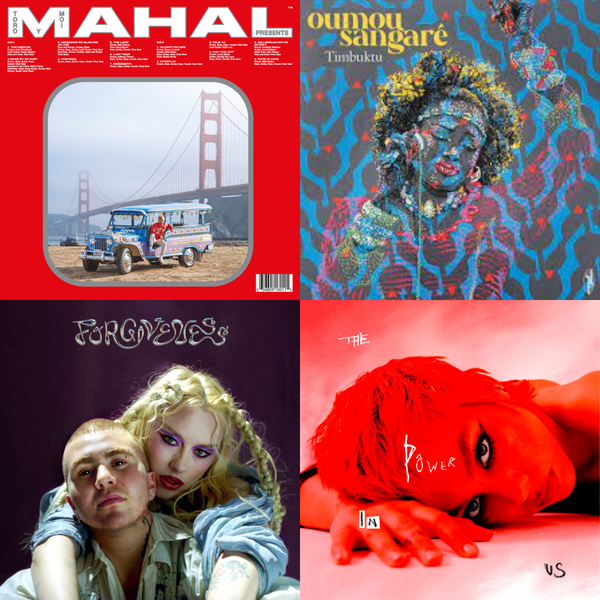