Hand Habits on the Fun House that Sasami Built, Reclassifying Genre, and the Difference a Queer Audience Makes

In a way, it’s poetic that this interview, which happened at the tail end of one Covid variant and right before the current one crashed the party that it absolutely was not invited to but, hopefully, is currently grabbing its keys to head home, is finally coming out. It was a big deal for me to get to chat with Meg Duffy at the KEXP studios back in November for multiple reasons. For one, it was my first in-person, face-to-face, two-human-bodies-in-one-room-at-the-same-time interview in two years but also, I’m kind of a massive fan.

“It feels like an awkward date or something,” Duffy says when talking about phone interviews. I feel differently. It eases my mind to be able to control my end of the conversation better with notes in front of my face, mostly, because I don’t trust what’s going to come out of my mouth at any moment. But after so much time without that personal interaction and the ability to read body language, it was great to be eye-to-eye, notes away, having a real semi-adult (Taylor Swift is mentioned frequently), and free-flowing conversation with a person whose music I love.

Brought together in November because of opening for, as well as touring in, Perfume Genius’ band, it was far from the gifted guitarist’s first foray into rounding out another artists’ live sound. Duffy’s shared the stage with everyone from Kevin Morby to the War on Drugs as a sought-out team-player known for their dexterous ability to add texture to already well-crafted songs.

“There's something about doing support that I like,” claims the opening act Adonis, who, as Hand Habits, has a long history of warming up stages for others, their longest and most significant at the time being the Chicago duo Whitney. “For whatever reason – this is my own personality, but I like having to sort of prove something. And there's something driving when someone doesn't really care, because then it's like, ‘Well, I'm still doing it for me.’"

But this Perfume Genius tour, which is being continued for an East Coast leg later this month, has been a far more natural and fitting collaboration for the two queer artists than some of Hand Habits’ prior support gigs.

“The first show that I did opening [for Perfume Genius] was the first show that I played since we all stopped,” Duffy recalls. “Also being on hormones and identifying a little bit more publicly as a trans person, I didn't really think about the nature of that dynamic between being perceived - although none of us are used to being perceived after so much time away. The first show was in Big Sur and it was outside and I just remember seeing like all these beautiful freaks and just so many queer people and, I actually felt so safe opening and being myself.”

Back in October, Duffy unveiled the third Hand Habits full-length, Fun House, which sees the previously genre-tagged “folk” artist expand their horizons in monumental ways while still retaining the heartstring-pulling lyrcisim and tonality that first brought me in upon hearing Wildly Idles single, “Sun Beholds Me” back in 2017. On Fun House, Duffy knows their strengths but not their limits.

“With Fun House, I was like, ‘I really want to be challenged,’” they state. And challenged Duffy was, primarily from their friends and roommates Sasami Ashworth and King Tuff’s Kyle Thomas, who helped mold Duffy’s downtempo guitar strummers into lush soundscapes.

“It's [Thomas’] studio and he has such an amazing collection of music instruments and gear and comes from a very experimental, sort of bedroom - I'm trying to avoid 'lo fi' - but just like various textures and wanting to have a lot of different references for tones,” Duffy explains.

“And same with Sasami because she comes from a classical background, you know where there's like 50 violins and an orchestra or something. And so she would reference like Ravel or Stravinsky or like Dvorak for her tonal world too. And also be referencing Bjork or like right now, she's on her System of a Down kick, which is awesome. A little out of my wheelhouse but I respect it.”

Sasami, who makes incredible music on her own and just released a new album titled Squeeze that clearly displays the aforementioned System of a Down kick, is credited by Duffy as the main producer of Fun House. While Duffy’s worked with some incredible producers in the past, including Andrew Sarlo (Big Thief, Nilüfer Yanya, Hovvdy) and the Grammy-nominated Brad Cook (Bon Iver, Big Red Machine, Waxahatchee, Snail Mail), the trust and respect between the two close friends fostered a space for more open dialogue.

“I felt okay pushing back,” Duffy asserts. “And she felt okay pushing back on my push back. We both knew when to just surrender or to really be steadfast. And ultimately, there was a time in the record where I was feeling really terrified that we were making something that wasn't going to be a representation of me. But she was like, ‘Look, let's just finish the record, and if you don't like it, you can scrap it and we can start over.’”

But, in the end, all members of the house – who had spent the past however many months eating, sleeping, breathing the record while the pandemic raged outside - were pleased with the results, especially Duffy. “She did this amazing thing where they do still feel they Hand Habits songs. But there's this freshness and there's this confidence that she really catalyzed within me.”

Other collaborator friends who, carefully and safely, visited the Fun House HQ include Griffin Goldsmith from Dawes and Big Thief’s James Krivchenia to lend a hand in building out the percussive elements that would add to the record’s expansive new sound. With the added modular synths and lush string arrangements on the record, we chat a lot about how to musically categorize Hand Habits now. “I feel misgenred,” Duffy jokes when being labeled as “folk” or, even worse, “indie.”

“I’m like, ‘Have you even listened to the record?’”

Now, nearly two years since work on the project started and five months since the record’s release, Duffy looks back on the making of the record fondly.

“I feel nostalgic about that time now, just because of how deep in it we were,” they reminisce. “It really was such a strange time. And I think the bonds that were formed during that time, you got to see what the values were within friendships. I feel really grateful for just landing at that place at that time.”

Listen to the full interview, which delves deeper into the stories on Fun House, Duffy’s unique (and confusing, to some) choice of mixing up the tracklisting on digital vs. vinyl, their fascination with Frank Ocean, and a hearty dose of Taylor Swift jokes (keep in mind, Taylor's Version of Red had just been released) at the top of this article and watch Hand Habits' just-dropped KEXP in-studio session from earlier this month below. Check out tour dates for Hand Habits and purchase Fun House here. 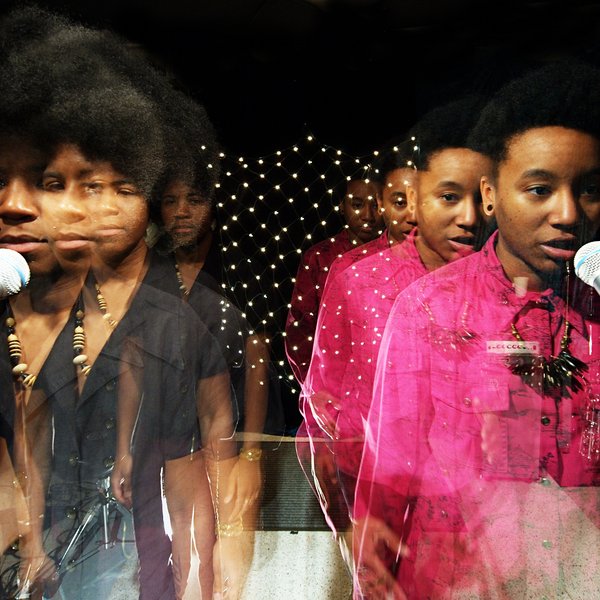 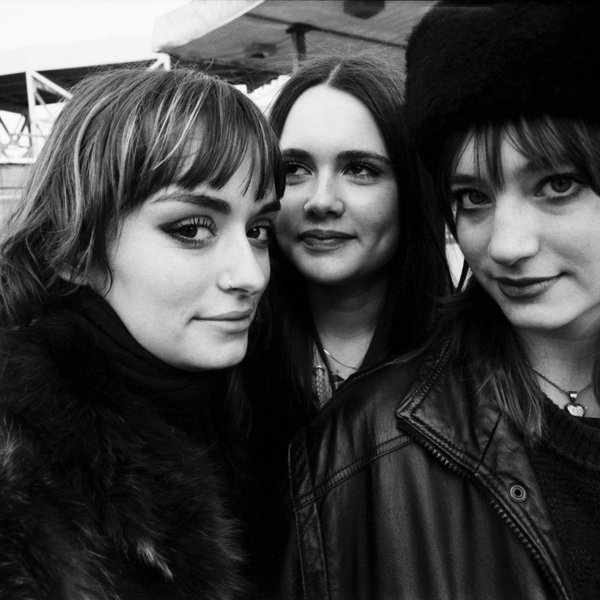 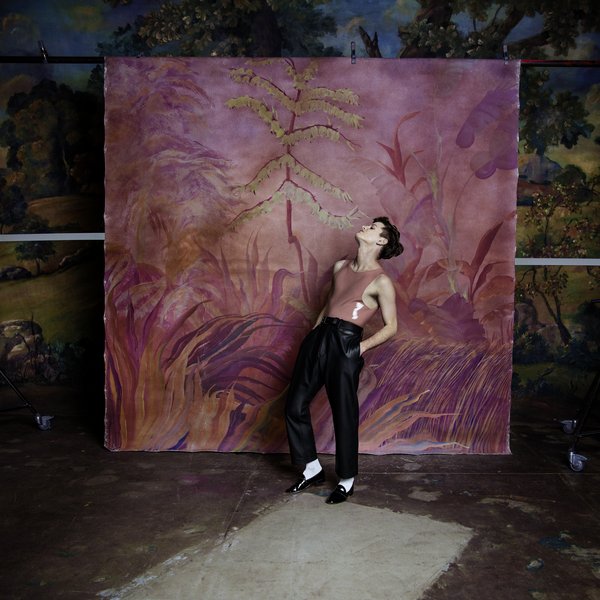 'Set My Heart On Fire Immediately' is out Friday, May 15 on Matador Records. 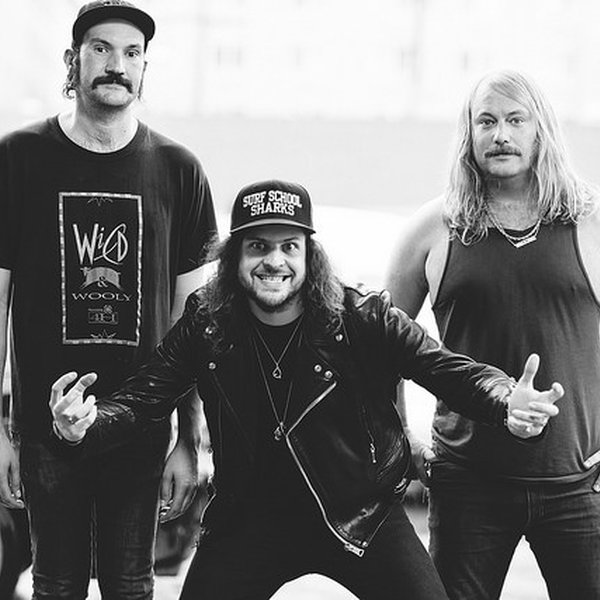 Song of the Day: King Tuff - Eyes of the Muse