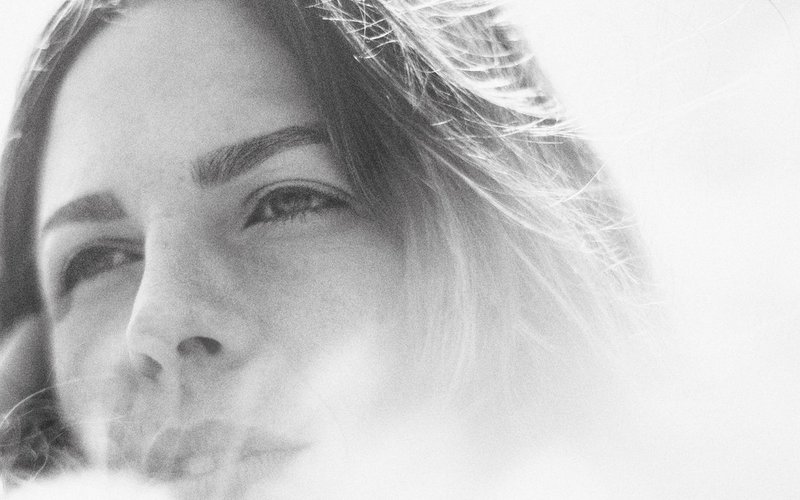 KEXP is counting down the best records of the year with our annual Best of 2022 Countdown. Ahead of the countdown, KEXP staff make the case for some of their favorite albums from 2022. Make sure to vote for your favorites by December 9 at 7 PM PT and tune in to hear what makes the list on December 16.

Even after years of interviewing countless artists, the too-often frustration of capturing quality audio of conversations continues to haunt me. My excitement over finally speaking with Melody Prochet was cut short when, even after spending nearly the same amount of time as our actual interview finagling with the dynamics and moving to multiple different platforms to try to hear each other without echoes mangling our words, our very patient transcription volunteer threw up their hands and deemed it untranslatable. I was heartbroken.

My love for Melody’s Echo Chamber goes back to 2012 when my college radio friends and I became fully obsessed with her self-titled debut. The shimmering psychedelic dream pop collages would soundtrack many a wine night, huddled in run-down apartments decorated to the best of their ability with thumbtacked concert posters, discussing Twin Peaks and debating the current state of indie rock. To call it the pinnacle of hipsterdom would be an understatement.

Her latest release, Emotional Eternal, comes ten years after that seminal record and is a testament to her growth, both personally and as an artist. Prochet hasn’t had the easiest go of it in the past decade. The grinding tour schedule following the release of Melody’s Echo Chamber left the deeply introverted musician feeling lost and empty. On top of that, shortly after the release of her sophomore album, Bon Voyage, Prochet was in an accident that resulted in a brain aneurysm and broken vertebrae that shattered her spirit as much as her body. She wasn’t sure she’d ever make music again.

Thankfully for us, a move to the French Alps and the birth of her daughter spawned a creative renaissance for Prochet. The warmth and peace of living in the bubble of motherhood within in a tranquil, remote setting can be felt on Emotional Eternal. The demons exorcised on the frenetic experimentations on Bon Voyage have been tapered into a quiet understanding that, yes, life is very hard and often sucks but in finding those moments of beauty, peace can be found.

I keep saying “peace” but I feel like that’s the best word to describe the emotion Prochet is trying to convey. Perhaps it’s a French sentimentality to not strive for total happiness, as we often do in America, and, really, it’s not realistic. Happiness is fickle and only leaves one disappointed if that’s their goal to experience 100% of the time. Instead, Prochet offers a better alternative where coming to terms with your darker experiences and emotions and making peace with them is a far more worthy goal.

Sweeping strings open the record with Prochet’s airy vocals offering the advice to, “Embrace that solitude.” While the lyrics veer esoteric at moments (and are also partially in French), the message she offers to listeners is to embrace your fantastical thoughts and rabbit-hole ideas. It’s a world that only you know and, because of that, should be nurtured and celebrated. “Run with the horses there, in my mind,” she coos over a bouncy bassline with twinkling guitar riffs.

Winsome odes to lost love can be found in “Looking Backward” and “Pyramids in the Clouds” but instead of regret and longing, Prochet acknowledges the pain of their aftermath as well as her growth because of them. A translation of the all-French latter tells the all-too-familiar story of losing yourself completely in another person and the soul-crushing consequences of doing so. Instead, she advises, “Braver l'inconnu /Chercher son étoile - “Brave the unknown /Find your star.”

Throughout the record, motherly advice is rampant. While I don’t have a child myself, I can imagine the introspection that likely follows and the different perspectives one might have on their prior experiences. The instinct to guard your child and do everything in your power to prevent them from following in your murkier footsteps must be overwhelming. It would be easy to read Emotional Eternal as a sort-of guidebook for her daughter toward self-development and a calmer life than she’s led.

Prochet’s motherly love is felt strongest on “Alma,” written for and about her daughter. In one song, she encapsulates that ever-so-fickle sought-after happiness that’s found when looking at her only child. Led by a jazzy piano line, squelching guitar riffs, and soaring strings, Prochet beams “I'm so lucky, to have you /And so proud, to hold you /Asking nothing to prove myself /And your love is enough /You're so pure.”

Beyond Prochet’s lyricism, the instrumentation on Emotional Eternal is key to guiding us into the calm waters of her world. Teaming up with her Bon Voyage cohorts Reine Fisk of Dungen and the Amazing’s Fredrik Swahn, the three – who dub themselves the Bermuda Triangle for their ability to get completely lost in the act of making music – build an inviting and immersive setting for Prochet’s pensive lyrics to live. Sitar, flutes, and orchestral strings are married with synth keys and electric guitar for a baroque slow burn that’s majestic and mystical, making her lyrics sound even more like sage wisdom passed down over generations.

Her wisest moment comes with “Personal Message.” While the French verses are more cryptic, with Prochet penning a poetic wish to the shore, her English chorus’ meaning is clear as day. “If it suddenly feels that low /Don't be scared I was there before /I promise you're going to find /Other reasons to dance along.” In one mostly-translatable moment of our interview, Prochet had an epiphany about the song:

“I just recently realized that it was a personal message to myself from the future, and I'm just getting it right now. The message I think is just on the chorus, it's very simple and it's just uplifting that if you feel really low and go through something hard, just know that you've been there before and you will overcome it. And that's just my own personal message.”

Whether you’re a mother, daughter, or none of the above, the reassuring lyricism and blissful instrumentation found on Emotional Eternal can soften any of our increasingly hard and jaded hearts. By opening up the internal agonies and moments of bliss that have permeated her life, Prochet is inviting us to do the same. She’s reminding us that while it’s often tough to remember that there’s still something to live for, things do get better. We just find those little pockets of beauty, love, and acceptance to find our own peace. 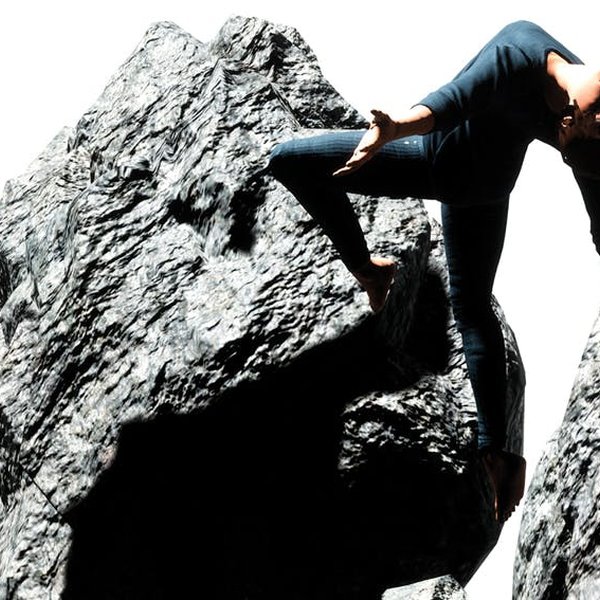 For Your Consideration: And So I Watch You From Afar Finds Post-Rock Euphoria on Jettison 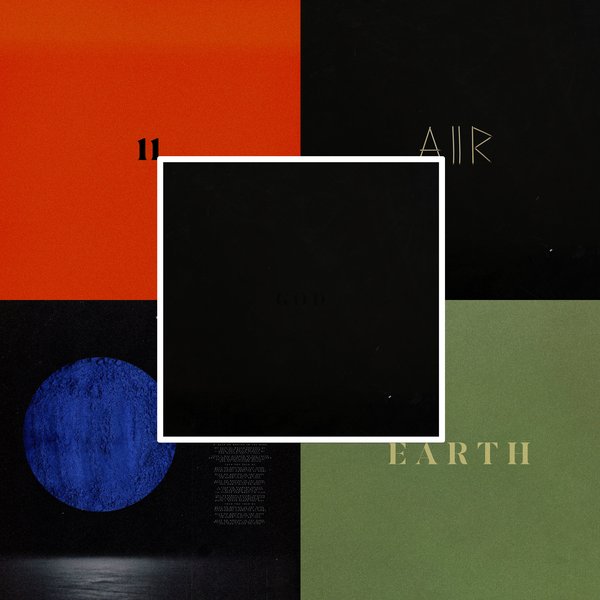 For Your Consideration: Soul-Searching with Sault's UNTITLED (God) 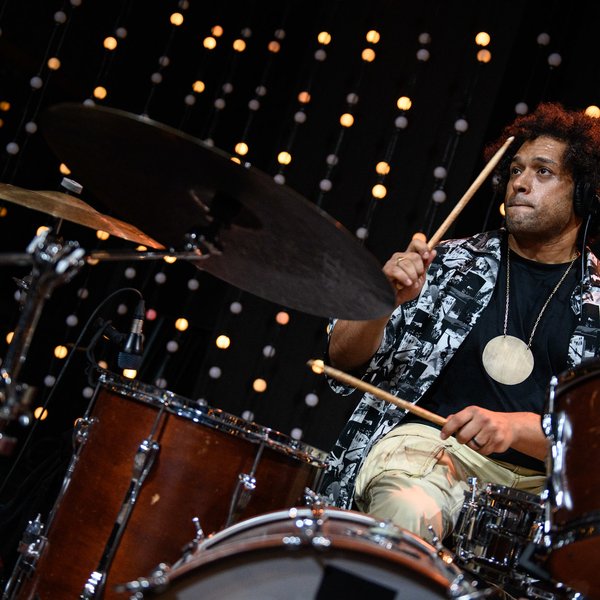 For Your Consideration: Traversing the Multiverse Within Makaya McCraven’s Masterful In These Times

KEXP is counting down the best records of the year with our annual Top 90.3 Countdown. Ahead of the countdown, KEXP staff make the case for some of their favorite albums from 2022. Make sure to vote for your favorites by December 9 at 7 PM PT and tune in to hear what makes the list on December 16.