KEXP is celebrating its 50th anniversary as a radio station this year. To honor that celebration, each week we’re looking back on one year of music during the past five decades. This week, KEXP's Janice Headley shines a spotlight on the overlooked women of The Go-Betweens, and their contributions to the band's biggest hit, 1988's "Streets of Your Town." Read or listen to the story below.

The story of Australian band The Go-Betweens usually revolves around two people: founding members Robert Forster and Grant McLennan. Their songwriting partnership has them often referred to as the “Lennon and McCartney” of the indie-pop world. Media outlets like Rolling Stone and NPR Music have both referred to the band as a "duo." Robert’s 2016 autobiography is even titled Grant and I. To top it off, the band has a film documentary titled The Go-Betweens: Right Here. The tagline? “Three decades. Two friends. One band.”

The truth of the matter is, throughout the group’s career, Robert and Grant were supported and inspired by two amazing women, drummer Lindy Morrison and multi-instrumentalist Amanda Brown. Though frequently overlooked, both bandmates made tremendous contributions throughout the band’s discography, especially on their 1988 single “Streets of Your Town.”

But in order to get to the band’s biggest hit, we have to go back a ways. Before joining the Go-Betweens, Lindy was a social worker and political activist, working for the Aboriginal Legal Service in Brisbane. She was also the drummer for the raucous feminist punk act Xero. In 1980, she met and fell in love with Robert. Just a few years earlier, he had started playing music with Grant as students at the University of Queensland. The Go-Betweens’ poetic pop was a far cry from the post-punk sound of Xero, but the guys knew they had found their backbeat in Lindy.

As musician Mark Callaghan puts it in the documentary The Go-Betweens: Right Here, “Lindy was obviously much more than Robert’s girlfriend. She was an extraordinarily creative person herself. She wasn’t someone who was gonna take direction easily. Lindy was destined to be an integral part to that band’s success.”

Lindy was destined to be an integral part to that band’s success.

Lindy's close friend, musician Tracey Thorn, told the Herald Scotland last year. “They were fumbling along, two boys being a duo with these other members who came and went. They didn’t have a band identity. And then suddenly they’ve got Lindy Morrison who was already semi-famous in the relatively small music scene of Brisbane. That was an audacious act to get her to join them. It was a great thing to do. That was a strength that they should always have played up really.”

The trio kicked things off with their 1981 debut album, titled Send Me a Lullaby (whose album cover features all three band members, I should add). Over the course of their next few albums, the band received a ton of critical acclaim, but they struggled to retain a record label and to make a living wage. They had tried adding a bassist, and by 1986, they decided to expand their sound even further by recruiting multi-instrumentalist and vocalist Amanda Brown.

It didn’t take long before Amanda and Grant fell in love. Grant wrote many songs about Amanda, especially on the 1987 album Tallulah. Take the jubilant single “Right Here,” in which she sings back-up and is prominently featured in the music video. Meanwhile, in the same clip, Robert looks ghoulish in black and white, even rolling his eyes at one point. Lindy rubs fake blood on herself. In retrospect, the video is an amusing representation of what was going on behind the scenes.

As Amanda explained in the Mushroom Pictures series Great Australian Albums, "When I joined the band, Lindy and Robert were in the last long stages of breaking up their relationship, which can't have been easy because, you know, they had spent seven years together, they'd made three albums together, lived on top of each other all that time, broke up and then had to continue working together. So, you know, that's just bound to be fraught with mess."

Robert chimed in, “Secretly, I was very happy that they took over that burden because by the time they started a relationship in the band, Lindy and I weren’t in a relationship anymore. So it's like, now it’s your turn.”

Robert’s secret happiness wouldn’t last long. As the band set out to record their now-landmark 1988 album 16 Lovers Lane, the songwriting partnership between Robert and Grant hit a bump as Grant and Amanda grew closer.

This brings us back to the band’s shimmering hit single, “Streets of Your Town,” when the tension came to a head. This track marks the first and only time Grant ever wrote a song without Robert.

“Grant and I were living together in Bondi Junction in Sydney, and that song was written very quickly in our sunny top-floor flat," Amanda told The Guardian in 2018. "It was written in, I would say, 10 minutes. I was singing along and I sung that ‘shine’ line, which is like the call and response answer in the verses, and that’s pretty much it – that’s how it came about. And I don’t collect any songwriting royalties for that song, because that was a condition of my joining the band.”

As Robert recalls in the documentary The Go-Betweens: Right Here, "The first time I heard it was Grant and Amanda singing it, you know, 'round and round, up and down.' And I was just a little bit, 'Why haven’t you played me that song?' Like every song that Grant and I'd ever done, going right back to 1978, you know, it was always, you know, like show and tell in, like, everything."

Amanda adds, "Because we lived together, it was just inevitable that our creativity became enmeshed. So certainly the dynamic in the band had changed, the focus had changed, and Robert was being pushed to the side, which is a position he would have absolutely hated."

At live performances and in music videos (and even in that 1988 promotional photo at the top of this article), Grant and Amanda took center stage. This left co-founding member Robert looking more like their backing band. In The Go-Betweens: Right Here, he adds, “It was a time when I felt the most distant from the band. You know, I’m one of five, you know. Oh, and it was very disheartening. I was losing myself.”

The fractured songwriting partnership was just one facet of the many problems the Go-Betweens were facing: there was a rotating cast of bass players, mounting debts as the band toured heavily to try and make ends meet, and the fact that after six albums, they’d still yet to hit the charts in any significant way. Grant tried to blame their obscurity on Lindy and Amanda.

"The singles don't chart. What a surprise," Lindy scoffs in The Go-Betweens: Right Here. "I mean, seriously. It must be the girls in the band. Grant said that to me. That was one of the reasons. Because there were girls in the band.

So, at the end of 1989, following an 18-month world tour — that included high-profile supporting dates with R.E.M. — Robert and Grant decided to end The Go-Betweens.

"In effect they sacked the band," Amanda remembers in the 16 Lovers Lane episode of the series Great Australian Albums. "Really, that's my memory of it. It was a very contrived situation where they arranged that Grant would tell me at a certain time, and Robert told Lindy at a certain time."

In her book about Lindy, titled My Rock n’ Roll Friend, writer and musician Tracey Thorn observes, “the weird symmetry: the ex-couple and the current couple; the men telling the women; the brutal display of where power lies. There is a glaring absence of band democracy, any sense that this could be a discussion where all voices are heard. The act itself seems designed to humiliate and hurt. A childish, unnecessarily theatrical scheme, it is no wonder that it ends in catastrophe.”

"And it was really just like a bolt out of the blue for us," concluded Amanda. "It was the first that we'd heard of it. And, you know, that was the catalyst for me, packing up my bags and leaving, leaving the band and leaving the relationship."

Both of us refuse to be defined as the girlfriends.

From the film The Go-Betweens: Right Here, Lindy adds, “I think it's been really substantial for our individual careers that this happened to us because it made us, you know, seriously want to make a mark. Both of us refuse to be defined as the girlfriends. And that's what they did. When they dumped us, they treated us like ex-wives. And that was the greatest insult.”

Since the abrupt end of the Go-Betweens, both Lindy and Amanda have made those marks for themselves.

Amanda is now an award-winning motion picture soundtrack composer. Lindy returned to a life of advocacy, serving for over 20 years as the casework coordinator for Support Act Limited, a charity that provides crisis relief services to members of the music industry. (She actually retired from the position just last year.) Lindy was awarded an Order of Australia Medal in 2013 for her services as a performer and advocate. In 2019, she received the Humanitarian Award from the Australian Women in Music Awards.

Sadly, Grant passed away in 2006 from a heart attack. Robert has had a long solo career. Early next year, he’s releasing his eighth solo album The Candle And The Flame.

The band’s legacy shines brighter than their career ever did. In 2010, residents of Brisbane voted to rename a bridge The Go Between Bridge. The album 16 Lovers Lane ranked No. 15 in Rolling Stone Australia's "200 Greatest Australian Albums of All Time" countdown. “Streets of Your Town” was used as the theme song for Prime Television, an Australian TV network… These are achievements made by all the members of the Go-Betweens, not just the men.

As Tracey Thorn writes in her book My Rock n’ Roll Friend, “Taken individually, each of our stories is tiny. But taken together, they form an epic. One that repeats, over and over again. We were there, we existed, we played our part. And every retelling is a small step towards redressing the balance.” 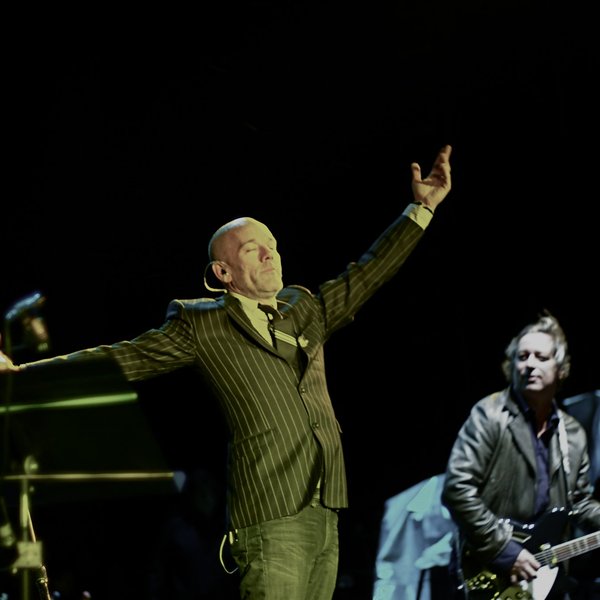 KEXP is celebrating its 50th anniversary as a radio station this year. To honor that celebration, each week we’re looking back on one year of music during the past five decades. This week, we’re celebrating the year 1982 with R.E.M.’s “Gardening at Night.” Dusty Henry reflects on the band’s debut E… 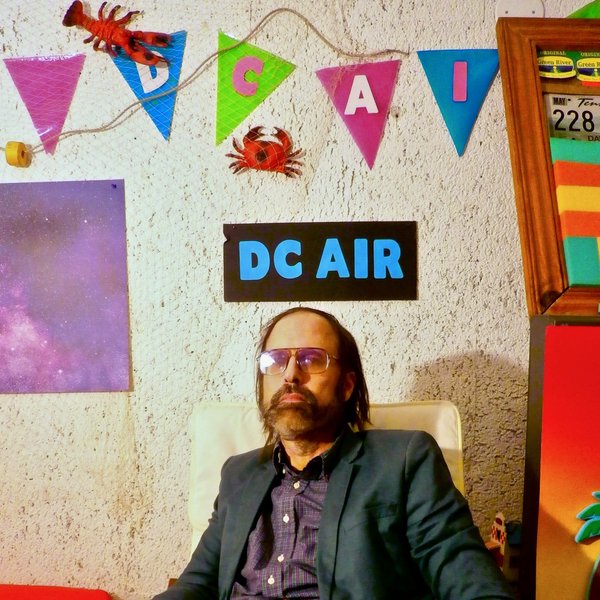 As KEXP celebrates its 50th anniversary, we're looking back at the last half-century of music. Each week in 2022, KEXP pays homage to a different year and our writers are commemorating with one song from that year that resonates with them. This week, Martin writes a short fiction story based on wha… 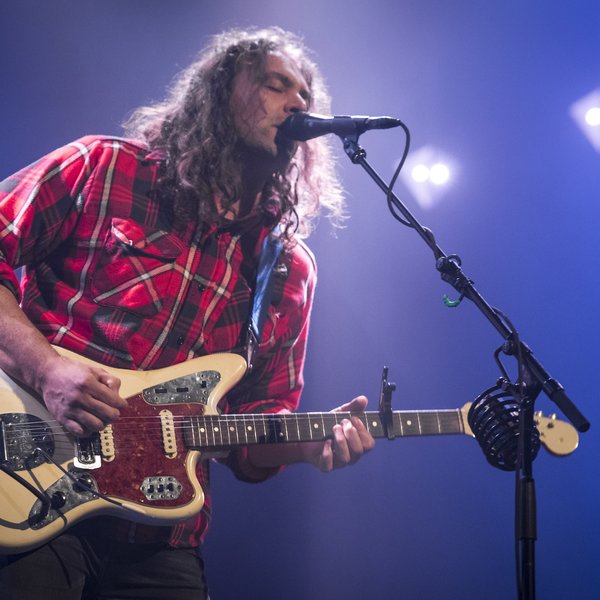 2022 is almost over, which means there are just a few weeks left for us to celebrate KEXP’s 50th anniversary. Each week, we’re picking a year from the last half-century to remember that moment in music. This week, we’re celebrating the year 2014. KEXP’s Roddy Nikpour tells us how the The War on Dru…