My Life in the Key of Stevie

KEXP is counting down our listeners top voted albums of the last 50 years in conjunction with our 2022 fall fundraising drive. In conjunction, KEXP's Editorial team is presenting 'For Your Consideration' some of their all-time favorite albums and what they mean to them. Today Larry Mizell, Jr. reflects on Stevie Wonder's Songs in the Key of Life. Tune into KEXP from Oct. 15-21 to find out what makes the list. Love KEXP's programming and want to support our work? Make a gift to KEXP today.

As we celebrate our 50th year at listener-powered KEXP, and we prepare for our fall fundraising drive, our listeners were asked to vote for their favorite albums of the last 50 years. That means the cut off is at 1972—so a few folks were probably chagrined to realize that the Beatles, while being popularly credited with cementing the album format (if not Bob Dylan, Ray Charles or ol' Blue Eyes), but having released their last album in 1970, were summarily disqualified.

The last time I wrote a significant amount of words in sequence about the album that I’ve chosen as my #1, I actually compared Stevie’s impact to that of the Beatles, so I could properly convey to the readership how important he was to Black America. I came to regret this, as my editor at the time (a good dude, really) made the call to make that articles’ headline—checks notes—“The Beatles of Black America,” thus centering whiteness in what was for me a very personal piece. But they all are, and like the man said, I don’t want to bore you with my troubles. (Besides, now I get to use the title I wanted to use back then.) I do hope it won’t bore you if I share just some of the reasons how, and why, Stevie Wonder’s music, especially Songs in the Key of Life, bring me right home in ways both universal and deeply intimate.

That aforementioned feature had been written ahead of his show at the Key Arena, for his 2014 Songs In The Key of Life Tour. Thinking back to that show now, it’s one of the first times I felt free to cry in public, because one, nobody’s paying attention to my ass, and two, what am I to do— but shed a wall of tears from the first note of the first song, “Love’s In Need of Love Today”. Big deal, Cancer man, you mama’s boy, you cry at everything—and yes, that’s true, and nowadays I really don’t care who sees, but goddamn, man. If I had to picture in my mind where this heart’s strings, so easily strummed, terminate—they’d be anchored to something just beyond that light that glows there, in the center of those sunset-hued cloud-waves on Songs’ iconic cover.

I got to meet Stevie once, and it’s a story that I’ve told many times but will refrain now, except to say that, in many ways, I am deeply privileged to have had a life that was enriched by the proximity of the type of musical genius that exemplified heartfelt, universal connection. Stevie was an old friend of my mother Linda, who loved him dearly, and impressed upon me through her own appreciation and outlook, the Wonder of Stevie. I lost her to cancer in the last spring of the 20th century, seemingly so long ago, and I’ll tell you something I could never have conceived of as a kid; I can’t remember what her voice even sounded like anymore. I couldn’t tell you what my heart looks like, either or how heavy it is, but I know it’s a very important part of me. It’s the part of me that still feels her belting along anytime I listen to “Ordinary Pain”.

When I was a kid, I was lucky enough to get to run around and explore studios A and B at Crystal Sound, the Hollywood recording studio where she worked. The parquet floors, the danging ferns, the gold and platinum plaques on the wall, glowed with magic in my eyes. Crystal was where the majority of Songs had been recorded, by the studio’s genius cofounder John Fischbach. (He’s the guy who, among other things, had the horn players on “Sir Duke” face the wall when he recorded them, giving them their immortal, singular character.) Songs’ lacquer master was cut right there at Crystal (if I’m not mistaken, on the same lathe used to cut the White Album—ha!).

There is no album as iconic, as emblematic of everything that is pure and loving in my life, as wrapped up in the tenderest parts of my memory and experience as Songs In the Key of Life. There is not one whose musicianship, emotional firepower, and relevancy hits me quite like it. In a world filled with music that transports me, there is no album that connects me more profoundly to the oneness of existence.

Still, one couldn’t help but ah, wonder if my choice for #1 was too obvious. “Very safe,” I can just hear Jack Black’s High Fidelity clerk—the gatekeeping hipster who humiliates the square dad trying to find a Stevie record for his daughter—spitting at me in disgust. But I keep in mind how, since I came aboard during afternoons at KEXP, I made it a personal mission to make Stevie’s catalog, among others, as much a part of our musical universe as say, Bowie’s. And over these last two years, I’ve gotten a good number of very personal thanks from folks who’d either grown up with, or somehow grown up without, a proper appreciation of this man’s work. Reflecting that light into somebody’s day who needed that, playing some Stevie just when they were thinking of requesting some…well shit, I’m bout as proud of that as I am anything. This world feels so brutal, and people are hurting. Being able to drop something like, let’s say, “Another Star” over the airwaves—sometimes it overwhelms me, and I have to joyfully cry it out real quick.

People love to talk about how whenever they listen to certain albums, they always hear something new. We know an album like we (hopefully) know our ownself, and similarly, when we really listen, new textures and nuances emerge the more time we are blessed to spend with it. Songs is like that for me—the way that it unfolds a swirling spiral galaxy composed of layers of keyboards, background vocals, and tonal shifts that never fail to sound not just as fresh and potent as the first time I heard it, but moreso, with each listen.

Thinking about this album takes me back to the first albums I ever knew— my family’s photo albums, those treasured (and guarded) volumes, collecting images capturing friends and family, frozen in smiles, hugs and celebration. I can remember so much about looking at them as a kid: the vinyl covers in different hues of floral motifs. The rounded corners and sepia tones of the oldest photos. The sound of the plastic pages, softly crinkling and slapping together as I turned the pages. Here, my grandfather Rey, young and cocky in his Coast Guard uniform; there, my mother as a precocious young girl with a sparkle in her eyes—here, my great-grandmother Mamu, grinning and brown-skinned in the SoCal sun, before the vitiligo had bingo-dabbed her skin mostly pale pink. My afro’d brother proudly smiling at the camera as I, the newborn new potato, laid in my crib, just happy to be there.

I think a lot of people relate to Stevie Wonder’s music exactly like that, like a whole lot, and to Songs in the Key of Life in particular. If this station is lucky enough to have the love and support to last another 50 years, to have listeners voting for their favorites in this next half century of music, if a comet doesn’t smack us or we don’t backslide into the dark ages, and everybody’s forgotten what my voice sounded like—I’d like to think that KEXP will still be playing Stevie’s, that people will still be listening, and that it’ll still be just as important to them. 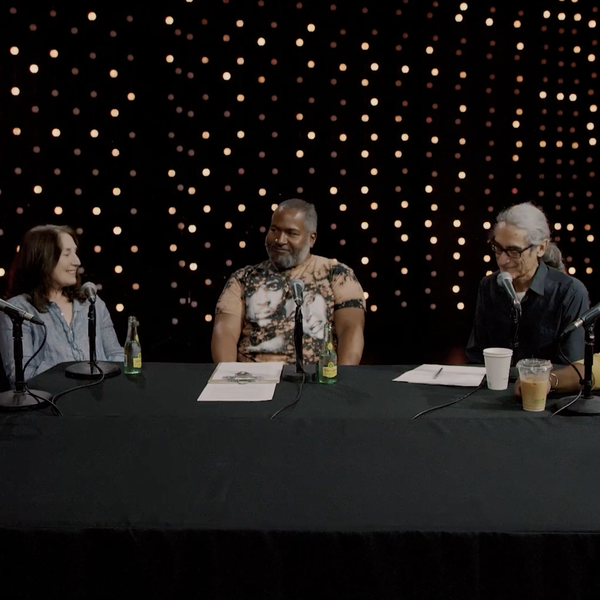 The Afternoon Show's Larry Mizell Jr. hosts a panel alongside some of his daytime DJ colleagues – The Morning Show's John Richards, The Midday Show's Cheryl Waters, and Drive Time's Kevin Cole and Riz Rollins. Throughout their conversation, the DJs reminiscence about the station's early days as KCM… 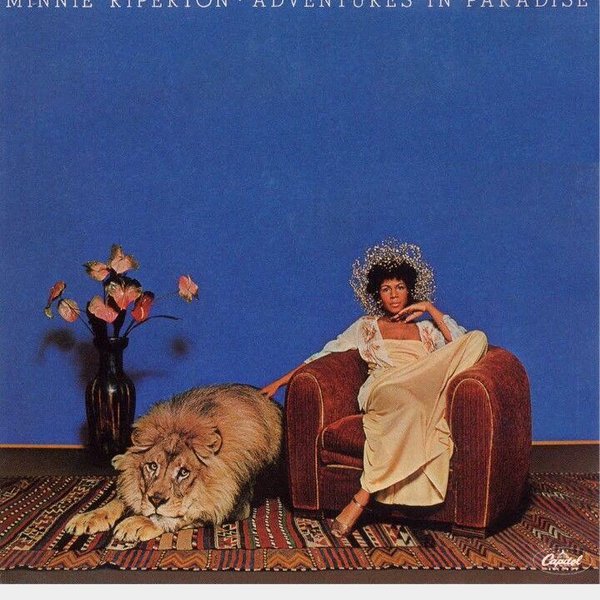 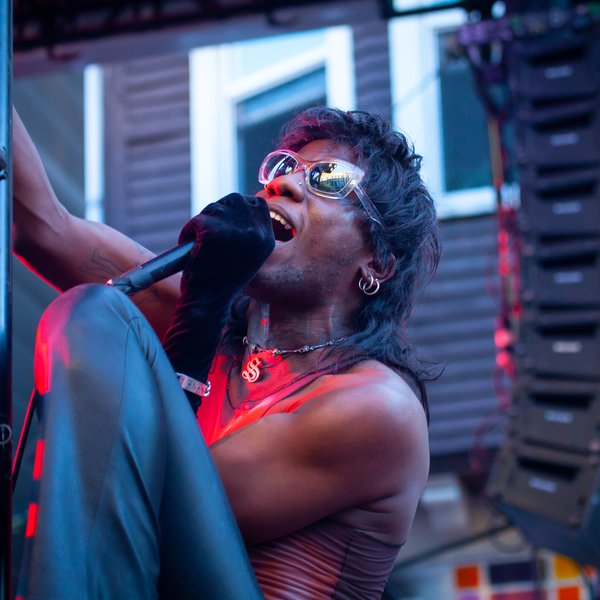 Larry Mizell Jr shares his Top Ten Albums of 2020; check out his list and more DJ picks for best releases of the year. 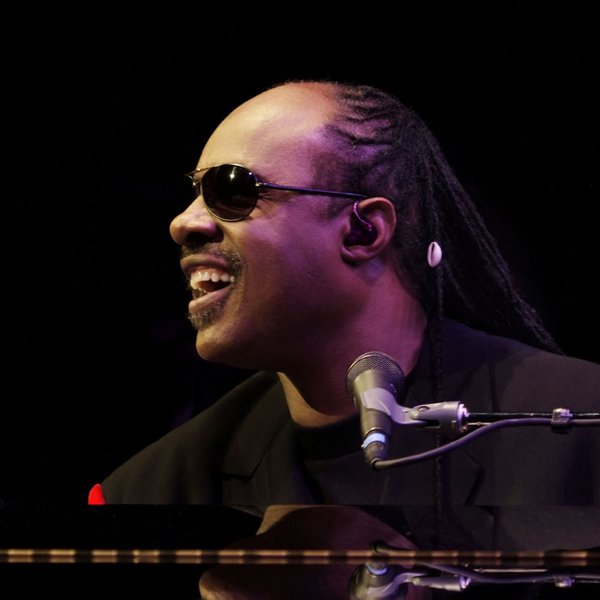 You are the Sunshine of Our Lives: Stevie Wonder Birthday Video Roundup

Today, KEXP celebrates the birthday of Stevland Hardaway Morris, better known to the world as Stevie Wonder. Wonder turns 66 years old today, and it's impressive to think he's been a musician and songwriter for 55 of those years, recording more than 30 U.S. top ten hits and racking up 25 Grammy Awa…