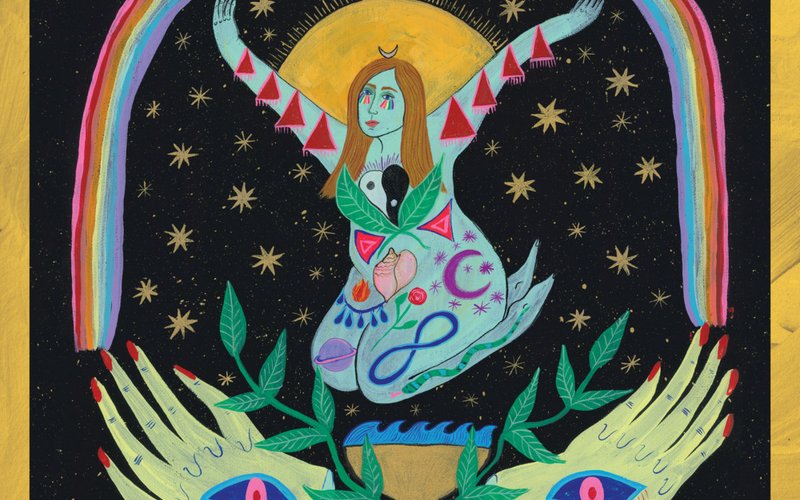 With Under the Covers, KEXP talks with the visual artists behind album covers, and the musicians whose records their artwork adorns. Today, we talk to Los Angeles-based artist Meagan Boyd, the "beautiful earthy cosmic hippie goddess" behind the cover of Yellow, the latest from South London-based nu-jazz multi-instrumentalist Emma-Jean Thackray.

In a press statement released when her album came out, Thackray described it as, "a record about togetherness, the oneness of all things in the universe, showing love and kindness, human connection." It's a vision clearly conveyed in Boyd's piece, which features a vibrant figure of Thackray with arms outreached, cradled in wise palms below her. She's sitting below a rainbow under a night sky — a testament to the vibrancy of that rainbow to shine through the darkness like that.

"I knew Meagan would be perfect because she’s a beautiful earthy cosmic hippie goddess, and I knew the themes across the album would resonate with her," Thackray told KEXP. "I had a very rough skeleton of what I was looking for and Meagan did her thing! We got talking about the symbology a little, but after I said my piece I just trusted Meagan to create a magical world to represent the music, which she totally did! Someone online said the artwork reminded them of a tarot card, which made me smile."

We chatted with Boyd about how the cover art came together, her previous collaboration with Jaden Smith, and how embracing what makes you different is what will ultimately make you stronger.

THIS INTERVIEW HAS BEEN EDITED FOR LENGTH AND CLARITY

KEXP: How did this collaboration come to be?

Meagan Boyd: I think she just found me on Instagram. I don't know when she started following me or what the deal was, but she sent me an email [saying], I'm really interested in you doing the album artwork. I started listening to some of her music and I was like, this is really, really cool stuff. Very much like Sun Ra, Alice Coltrane kind of energy. I haven't heard a lot of new music that sounds like that. And I was just like, I'm in, I'll do it. She was very clear and very concise. She looked at my work for a long time. She knew exactly what she wanted. So it was really super easy to work with her and super fun.

We asked Emma about why she chose you and she told us, "I knew Meagan would be perfect because she's a beautiful, earthy, cosmic hippie goddess and the themes across the album would resonate with her." Is that true? Did the themes resonate with you?

Yeah, it did. There was a lot of poetic meaning to what she wanted. It was very cosmic, kind of spiritual, but also really earthy. My work is very freestyle. If there was synesthesia, like if you could hear my art, it's very much jazz. I just think she's so talented and just absolutely incredible.

Had you done album covers for any other artists before? I read that you did a collaboration with Jaden Smith.

I did do a collaboration with Jaden Smith. That's why the Internet is so amazing. People can just find you. You never know who's watching. But, yeah, he reached out to me on Instagram and he said, I just want to collaborate with you somehow, and I was like, OK. After we had an initial consultation, he just really liked this painting that I did, and so they ended up buying the rights for it. The painting was called Into Eternity, and then it ended up being the Into Eternity sweatshirt. I think that they might still be online. It came out almost a year ago now, so I'm not sure. [ed note: I found a t-shirt version here.]  But I'm hoping that we can work together again. You just never know. He's very artsy and he loves rainbow colors and really fun, cosmic hippie stuff. All of his work is super colorful and dreamy, not just his music but also his aesthetic.

Mostly, all of my paintings are freehand, so I don't even do any drawing. I just kind of paint and build. I create the shape and then I just keep tightening it up. I have a vision and I just kind of go for it. Sometimes I do a small sketch. She said that she wanted to have a portrait of herself, [and] that she wanted there to be a theme of yellow. So, we did yellow hands on the bottom, like protective hands. I did a black background with gold, like metallic gold speckles. And that's just splatter. I have a technique where I splatter the paint everywhere, like really, really thin flecks of the paint throughout the canvas. And I think she wanted something that felt like she was totally embracing the universe. So, we had arms outspread and she's in the center of the universe with a rainbow going over her. And she's protected by these, like, hands of the goddess, that are yellow.

I was totally going to ask because, you know, the album's called Yellow and yet, it's a predominantly black cover...

I asked her if she wanted yellow, because I was like, maybe this is going to be a yellow piece, like bright yellow. I'm definitely a solar baby. I love being in the sun, I love it. I love sunny days and I just love sunny colors and lots of yellow myself. So, I was kind of thinking we could do yellow. But then we decided that it was going to be a cosmic background with a lot of yellow accents everywhere.

She was super easy to work with because she had such a clear vision. When I did the sketch, everybody was like, it looks great. When I did the painting, everybody was like, it's perfect. I mean, most people that I work with, I'll think it's done three or four times before it actually is done because I keep going in and making revisions. Doing commissions for people can take longer because they have an idea of what they want. I'm the kind of person that, I will just work until they're happy. And if they're paying for something, they should love it. So, you know, they were just like, yeah, it looks great, it's perfect, it's exactly what we wanted. And I was like, awesome. But I think it's because Emma and I were just totally on the same wavelength and she was so clear about what she wanted. How did you develop this signature visual style?

Well, it's been a long road for me. I am kind of a late bloomer, in my personal opinion. I was doing art since I was a teenager, like I was curating art shows with my friends — like at record stores, coffee shops — from the time I was 17 or 18. And I was just very adamant about "I'm going to be an artist."

And I tried really hard, like a lot of different styles. And I really tried to be this kind of realistic artist for a while. And then I got to a point where when I went to art school, I was stuck on, well, what kind of artist am I? I realized at art school that I was different from a lot of the other artists. I was like, oh, you guys think I'm just like "hippie woo woo." And it really, really hindered my creativity. But then at some point I just started to say, you know what, I just need to embrace what it actually is.

I think that for me, having a baby is probably one of the most badass things I've ever done. After I had my child — which was almost four years ago, she's going to be four in October — something shifted in me. I was on the brink of something. I've been on this mystical, archetypal, emotional, spiritual visual poetry tip for a while, but I've just been kind of honing in on it.

Art is kind of like my religion. And, every painting is honoring the universe and the goddess. I'm definitely somebody who believes in magic, so my art is just an extension of who I am. Just being true to yourself and just owning it and just being like, yeah, I'm a bad witch, fuck it

And the cool thing about Instagram is that you can share your work and people are going to resonate with it and then you'll find other people. When I started sharing my work on Instagram, I started finding all these other artists who were kind of in the same... I want to say that it's almost a movement. It's like this esoteric, feminist, Earth mother, kind of cosmic goddess movement. And last year, I got asked to be in this book. A lot of other amazing artists are in it. But it was a Taschen book which made me feel super fancy,

It's this book that this amazing woman, Jessica Hundley, has put together with Taschen. It's called Library of Esoterica, and there's different volumes. So there's tarot, astrology, and the next one that's coming out is witchcraft. It's like an encyclopedia of mystical and esoteric art throughout the centuries. It's just such a huge honor to be part of that and also, it makes the movement feel a little bit more real. Like, it's just a bunch of mystical people who make amazing art coming together and being honored and acknowledged by such a huge book company that puts out amazing art books.

Oh, God. I would have to really think about it. I wasn't even thinking about a tarot card, but I could see that. It does look very symbolic, esoteric, and it has that same kind of quality that a lot of tarot cards have. I've been reading tarot for years. A lot of people have been like, Meagan, when are you going to make your tarot deck? And I'm going to do it. I mean, I've been saying I'm going to do it for years now, but I'm just so busy. It's going to happen one day. But I would say probably Strength. I could also see it being the High Priestess or the Empress. 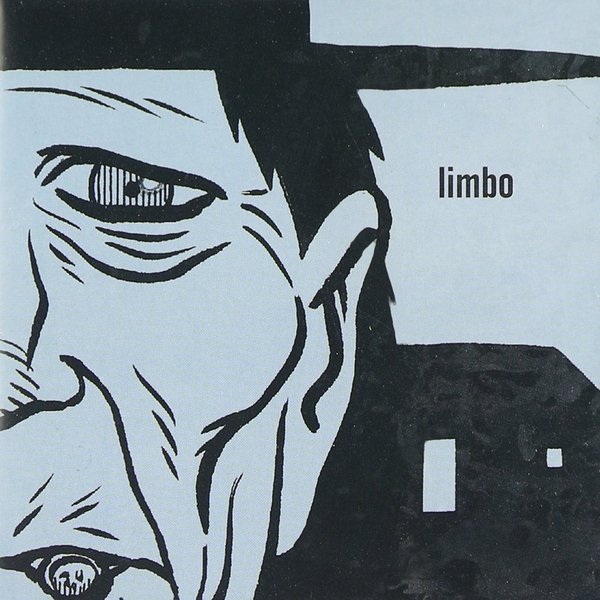 Rewind Under the Covers