August 7 will mark the two-year anniversary of the death of the beloved musical genius David Berman. For fans, who often clung to our favorite Silver Jews albums during troubled moments and had the single Purple Mountains record on repeat in the weeks following the news that Berman had taken his own life, it was a tragedy. For friends of his, like John Vanderslice, the loss was more personal and introspective devastation that lasted far longer than a few weeks.

Vanderslice’s latest EP, out tomorrow but streaming exclusively via KEXP a day ahead, is a look into the mind of a friend dealing with grief in the only way they know – through the music. Written as a love letter to Berman, with whom he’d spent 15 years corresponding with trading song ideas and writing hacks as well as sharing music, pro wrestler photos, and postcards. Its title is an updated version of a note Berman sent him that simply said: “John: I can't believe civilization is still going here in 2008! Congratulations to all of us, Love, DCB.”

Continuing the trend he started during quarantine (solely out of necessity) of ditching his faithfully analog ways to embrace the world of computers, Vanderslice employs them heartily here. Half abstract, repetitive synth arrangements and half glitchy pop bangers grappling with suicide and death, the EP is chaotic in the most authentic and therapeutic way. While the crunchy, interlocking instrumentals might not seem to have anything to do with Berman, as Vanderslice explains in his track-by-track for KEXP, in the face of grief finding words can be the most impossible.

When he does find the words, though, he doesn’t mince them. Highlights and early singles “I Get a Strange Kind of Pleasure Just From Hanging On” and “Taverns of the Neo Subcortex” could either be heard as a friend gently coaxing a friend out of a dark depression - “Time to get out of bed /And out of your head /Or you’ll end up dead” – or a voice in one’s head telling yourself to get your shit together or things might really get bad – “So you had another episode /We can’t keep going down this road /Don’t leave death a nice clean shot /Cuz he’s gonna give it all he’s got.”

Considering the EP is considered both a love letter to a friend who died of suicide and “an anti-suicide pact between John Vanderslice and John Vanderslice,” I’d say it’s likely both. But instead of guessing, let’s let Vanderslice explain in his own words the meanings behind these songs.

Below, read his track-by-track of I can’t believe civilization is still going here in 2021! Congratulations to all of us, Love DCB and listen to the EP a day before its arrival on Friday, July 16.

John Vanderslice · i can’t believe civilization is still going here in 2021! congratulations to all of us, love dcb

"uncommon love" is the weirdest song I've ever released. An eight-note sequence repeats for 4+ minutes, a 1904 upright piano joins halfway in. It's music made by someone losing their mind during the pandemic, and that person was me. i wanted to convey the circularity of loss. someone leaves your life and you are in a difficult and (often) fruitless dialog about what it meant and what remains.

2. I Get A Strange Kind Of Pleasure From Just Hanging On

this was the last song i wrote for the EP. i needed a cathartic release, a pop banger about letting go and giving in the stupor of pandemic nihilism and despair. our narrator gives in but only to save energy and not get tripped by false hopes.

during times of loss and crisis, sometimes the best approach is stillness, absence of desire, hope.

this is the lowest register i’ve ever sung in, i love it.

i got more and more into colliding synth loops during covid. i could set up some improbable melodies and just bask in the beauty, it calmed me at some of my lowest points.

i didn’t want to sing, i didn’t want to write or express emotions. ughhh, no thanks. these almost AI like sequences were so soothing, the melodies change and drift over time as the synths i use are so old and unstable. like humans themselves.

4. Don’t Forget About Me

david berman came to me in a dream a few weeks after he died. i wrote down everything we said to each other. that is this sweet, sad song.

david gave me more than i gave him, he wrote me, sent me wrestling photos. maybe i was intimidated, or felt like i could only lose by engaging more, or maybe i’m not a great friend. i’m still not sure. but i am asking myself these questions for the first time.

when i get really sad, it’s almost impossible for me to sing. i have always wanted to find a way to create music during these difficult moments. in non-pandemic times, these down periods are fleeting, like florida thunderstorms rolling in from the atlantic. but i was STUCK in this fucked mode for almost a year. i survived by writing instrumental music that functions like pop music.

6. Taverns Of The Neo Subcortex

david sent me a copy of his portable february, i poured over it for days. those captions and scrawls found their way into my consciousness. they found their way out in this song.

after my mom died, i neve gave myself permission to talk to her, sing to her, or write about her. i didn’t want to make the same mistake with david.

seems like the cruelest trick, to give humans consciousness and knowledge of their own decline and death. now THAT is an unsolvable math equation. but we better try. more understanding and top level acceptance through SYNTHESIZERS.

this was the first song i wrote for the EP, and it made me so happy and hopeful, it created an open door and the first glimmer of hope that i might escape the pandemic emotionally whole.

While he won't be stopping in Seattle, John Vanderslice will be touring parts of the US and Europe starting August 2021. Watch his KEXP in-studio performance from 2019 below. 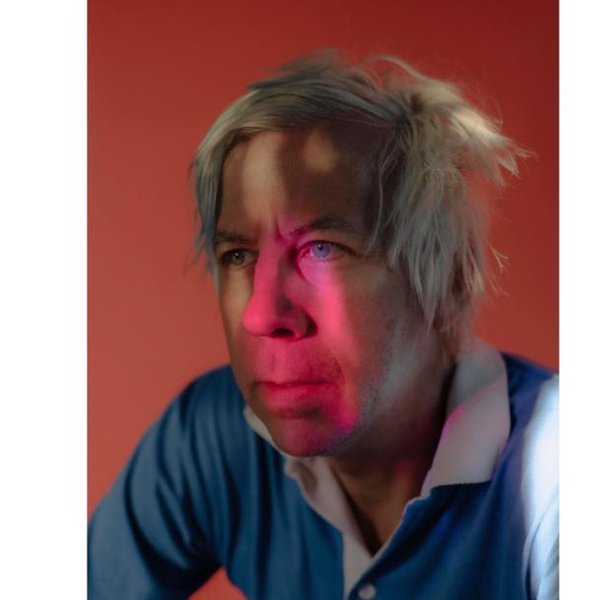 John Vanderslice on Getting Radicalized by Ableton, JPEGMAFIA, and Burning the Political System Down

John Vanderslice opens up to KEXP about his new EP, the shuttering of his San Francisco recording studio Tiny Telephone, and how rapper JPEGMAFIA influences his work. 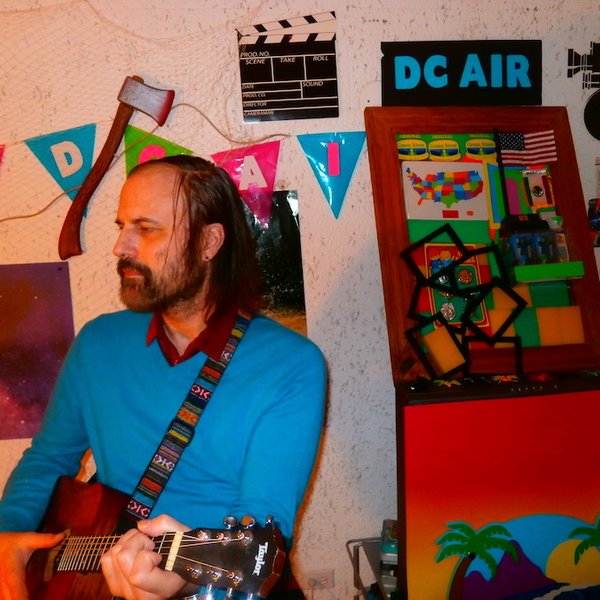 For Music Heals: Mental Health, Martin Douglas surveys the last album made during the beloved and tragically departed poet and songwriter's life.