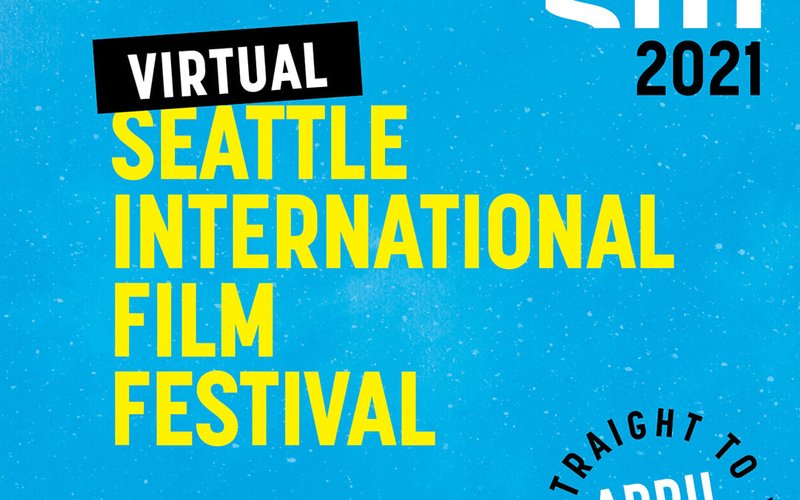 The coronavirus pandemic may have canceled last year's 47th annual Seattle International Film Festival, but this year, SIFF makes its triumphant return in a first-ever virtual edition. From Thursday, April 8th to Sunday, April 18th, you can enjoy 93 feature length films and 126 short films from 69 countries right from the comfort of your couch.

As always, KEXP is proud to present the "Face the Music" series, a curated collection of films that shed "light on the lives, stories, and struggles between the notes";  check out the films included in this year's series below, and visit SIFF.net for ticketing and more information.

NOTE: the screening features a prerecorded Q&A with Grönroos

With her documentary Conductivity, Helsinki-based director Anna-Karin Grönroos introduces us to three young orchestra conductors: I-Han Fu (Taiwan), Emilia Hoving (Finland), and James Kahane (France). The trio are training at the prestigious Sibelius Academy in Helsinki, Finland, one of only three places in the world where one can "properly learn" to be a conductor, a difficult profession to get into. More than just the music, a conductor must practice what it means to be a leader. As SIFF's Connor Cartmill tells us, "Winner of Tampere Film Festival’s feature-length documentary award, Conductivity presents a deeper understanding of a profession many are aware of, but few know intimately, while inspiring the dreamer in all of us."

"Mogul Mowgli is the most personal work I’ve ever made," said actor/co-writer Riz Ahmed. "Can’t wait to share it."

I'm embarrassed to admit it, but I didn’t realize the Academy Award and Golden Globe-nominated Ahmed was also rapper Riz MC. (He’s one of the few people who have won both an Emmy Award and an MTV Video Music Awards!) Co-written and directed by first-time feature-length director Bassam Tariq, Mogul Mowgli introduces us to Zed (Ahmed), a British-Pakistani rapper who discovers he has a rare auto-immune disorder, forcing him to cancel his high-profile European tour and move back in with his traditional Pakistani family who he hasn't seen in two years.

The film already opened in the UK late last year, and has garnered seven British Independent Film Award nominations, if that's any indication to what a powerful piece this must be. “Mogul Mowgli is unlike anything I’ve done before or seen before,” Ahmed told Variety. “In a time where identity is at the forefront of our cultural conversation, Bassam has explored it in a bold and genre-defying way.”

When I’m Done Dying also profiles a rapper, this time a 19-year-old aspiring one named Fehmi, who is also struggling with drug addiction. The film was inspired by writer/director Nisan Dağ's first job, directing a documentary about Turkish rap for MTV, titled Rebel Musi—Turkey: Flowers of Gezi Park.

"I basically realized that I was living in a bubble," Dağ told Variety. "Throughout the process of making the documentary this whole bubble popped. I met characters that I would not have crossed paths with normally in my daily life. I was also really taken by this (Istanbul) slum with a hip-hop subculture. After doing the doc I started teaching there and I befriended kids from the neighborhood… In doing so I came across the plague of this bonsai drug that is very cheap and that was very shocking for me to see. After meeting people who are addicted to this drug I wanted to inspire them to hold on to their passion."

While the film is fictional, it does feature an actual rapper, Da Poet (Ozan Erdogan), who is one of the top beatmakers and rappers in Turkey, and whose music soundtracks the film. "After shooting the documentary I got really involved in rap music and Da Poet was one of my favorites," she told Variety. "So when I decided to make the film he was the first person I had in my mind and I was very happy that he accepted. He actually studied cinema, so he has a special interest in film... This film is not a musical. But I used the lyrics to add layers and depth to the world of the characters so that we really delve into life in the neighborhood."