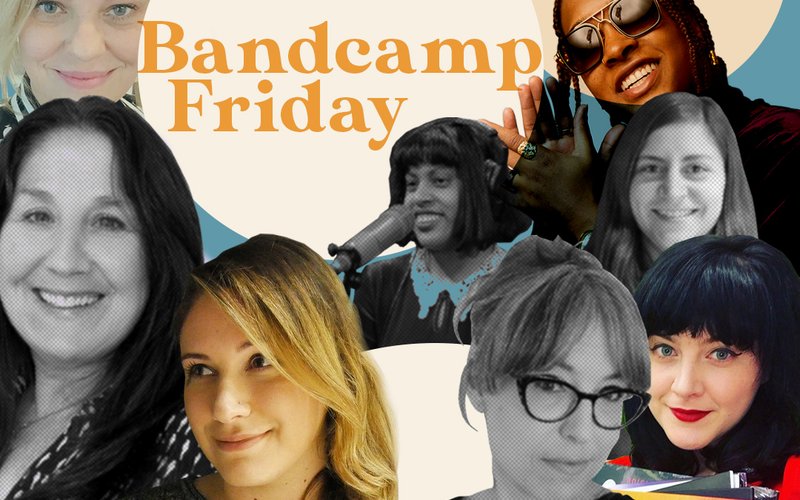 Being a woman is complicated. As a woman in mostly dude-dominated industries, I’ve tried to hide the fact that I’m a person who could maybe procreate one day for my whole adult career. So when I showed up nine months pregnant for my third (but first in-person) interview at KEXP, I thought “Well, here goes nothing!”

Spoiler: They hired me! I had a baby in March 2020 (amidst not much other stress, really), went on maternity leave, and started at KEXP in June. I quickly realized how many wildly talented and kind women work at this place and how much they are doing. Working while female has only become more complicated. Our country watched 5.4 million women lose jobs since this pandemic began. I feel so lucky to have a job and feel so grateful for the women—inside and outside of KEXP, on the airwaves and in my headphones—who help me make it work.

If you are a woman in our KEXP community, we are so thankful for you! We see you. It’s been a helluva year and however you’ve coped, we think you’re a badass. Thank you for being here. You are not alone. As complicated as it can be, we hope you’re finding community, beauty, and joy in the magic of being a woman. Because it’s also pretty fucking awesome.

March 8th is International Women’s Day, but we’re bucking conforming and celebrating today! (Also, our Spring Drive is next week. You can donate here!) Today, we’re celebrating the women of KEXP and the women artists who make our lives and our station so much better. It feels weird to celebrate just the one day, because at KEXP, we celebrate badass women and their music every damn day. But we’re taking today as an opportunity to champion amazing women DJs.

It is also Bandcamp Friday! So we want to champion women artists today this way as well. Listen in all day on 90.3 KEXP for features and DJ recommendations of artists you can directly support through 100% of Bandcamp sales. Here are KEXP DJs International Women’s Day Bandcamp Friday picks. 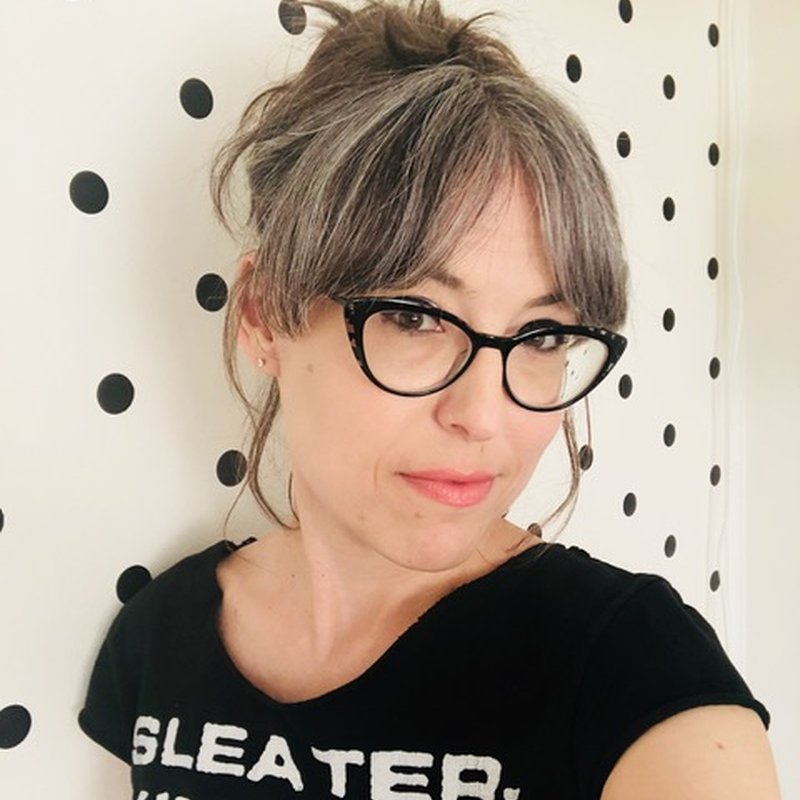 Longstocking - "Jehu on a Rollercoaster"

This late 90’s queercore band only lasted for one album, and that album was recently reissued on vinyl for the first time. ‘Once Upon A Time Called Now’ is an absolute gem of a record that sounds like it could be the love child of Team Dresch and The Breeders.

I stumbled across this debut EP on the previous Bandcamp Friday, and it’s been in heavyrotation for me since then. If you’re looking for something that would follow a Mazzy Star or Sharon Van Etten record well, ‘Tell Me Your Mind and I’ll Tell You Mine’ from Liverpool’s King Hannah should do the trick.

My favorite album from 2020 got a remix treatment in 2021! The original made me feel like I was breaking a sweat in a tiny venue full of thrashing bodies and spilled beer, but the remixed version takes me away to a club full of flashing lights with a glass of gin in hand. Either way, it’s an escape, and one I’ve turned to often.

Bonus: All proceeds from the sale of ‘The Passion Of: Remixed’ benefit House of Tulip, an organization founded and led by two trans women that helps provide housing solutions for transgender and gender non-conforming folk in New Orleans. 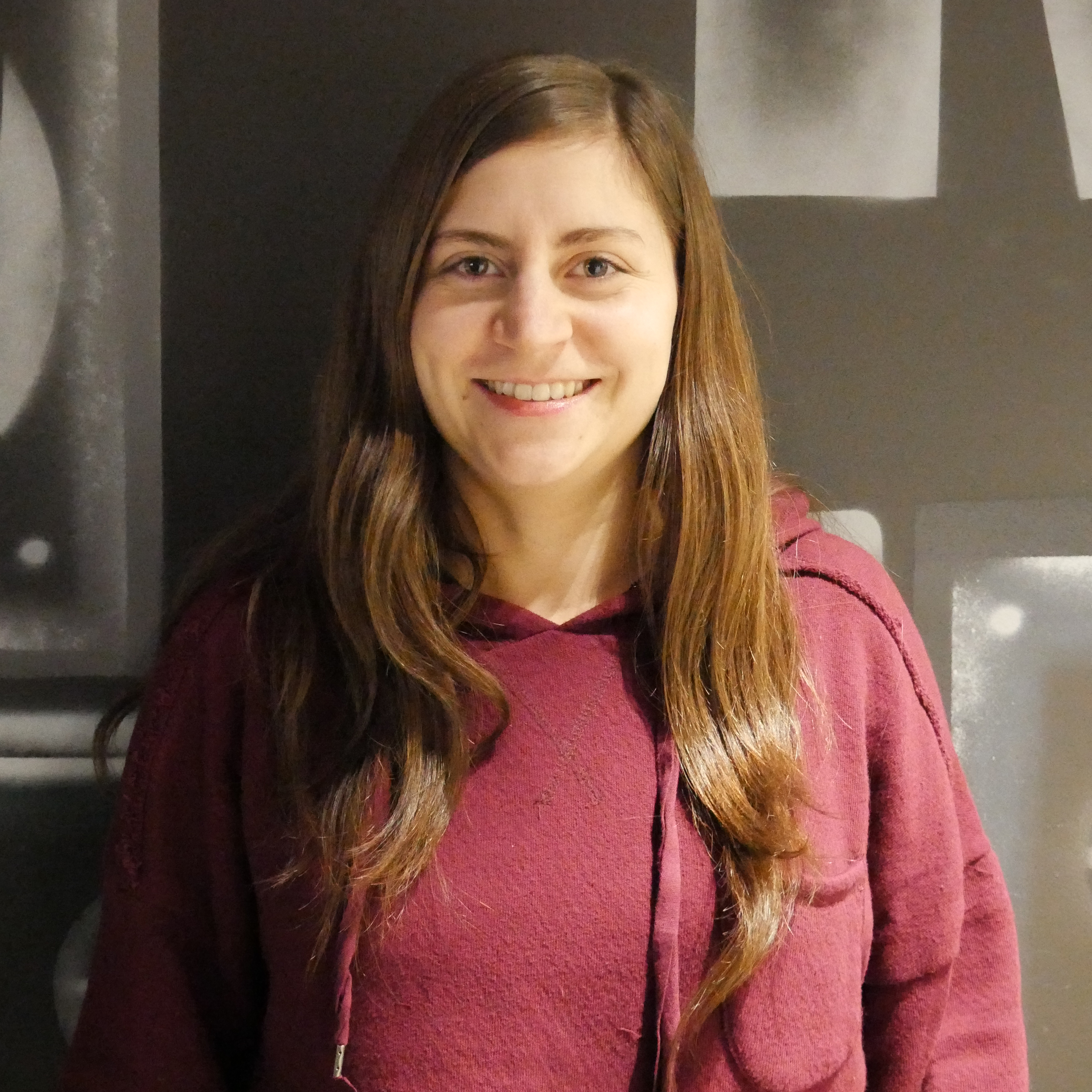 It's not every day you come across someone as uniquely talented as Nubya Garcia, not only is she an incredible Saxophonist, but also composer, producer and performer. This transcendentally epic title track is an exceptional work of art from her debut release.

Jayda G - Both of Us

Even though I’m on Early, it’s never too early to dance. And you’ll want to get up and move to this Jayda G song. Canadian by birth and now London-based, Jayda G has risen steadily and stealthily through the dance music underground with her infectious energy, vitality and boundless enthusiasm.

An infectious, soulful, techno-pop throwback, unearthed by Cultures of Soul, this track features an electrifying marimba solo! While it harkens back to the 80's, Margino (aka Kim Kallie) is not only still performing, but she also runs a Performance Academy from her own studio in Cape Town! 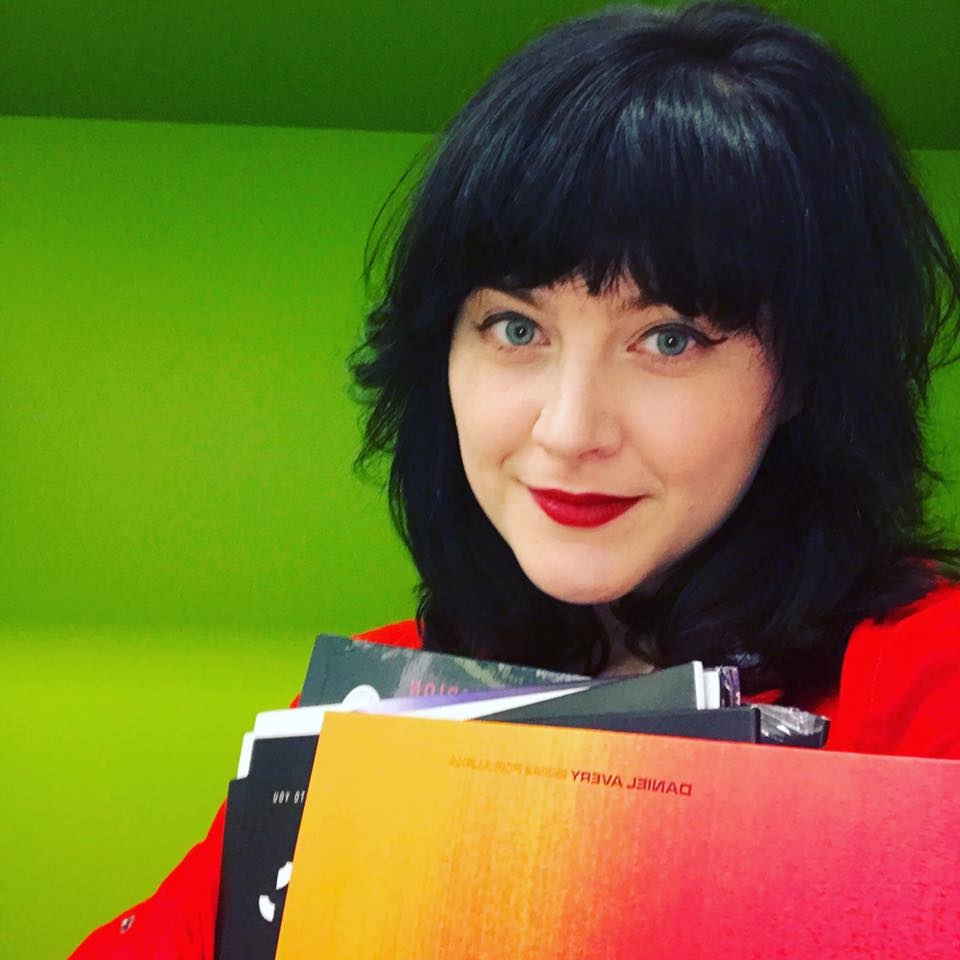 Vancouver-based producer Yu Su has finally dropped her wonderful debut record, 'Yellow River Blue' inspired by her tour of mainland China where she participated in the leftfield electronic scene. "Xiu" will hook you instantly, there is a fluttering sense of action and meditation that permeates the track of soft chords, driving percussion, and whispered vocals. If you ever get the chance to see her DJ once the border opens up, make the trip!!! She recently did a soulful set on a rooftop in downtown Vancouver for Public Disco:

DEBBY FRIDAY is a multi-media, self-produced artistic force! She recently directed and released a short film, BARE BONES, an ode to the wilderness of Vancouver and the power of change. She also co-directed an experimental music video for new single, "Runnin" that "celebrates the next stage of DEBBY FRIDAY's evolution" and reverberates her powerful vocals across industrial hip hop pulses. Don't forget to check out the rest of her epic discography, 'Death Drive' and 'Bitchpunk'.

Berlin based producer Lyra Pramuk exposes the depths of the human condition through ripples of choral vocals that circuit through the electronic spectrum of sampling and synthesis. Her futuristic folk is a new wave of storytelling that is beautifully told on her debut, Fountain, also listed as one of my top albums of 2020. 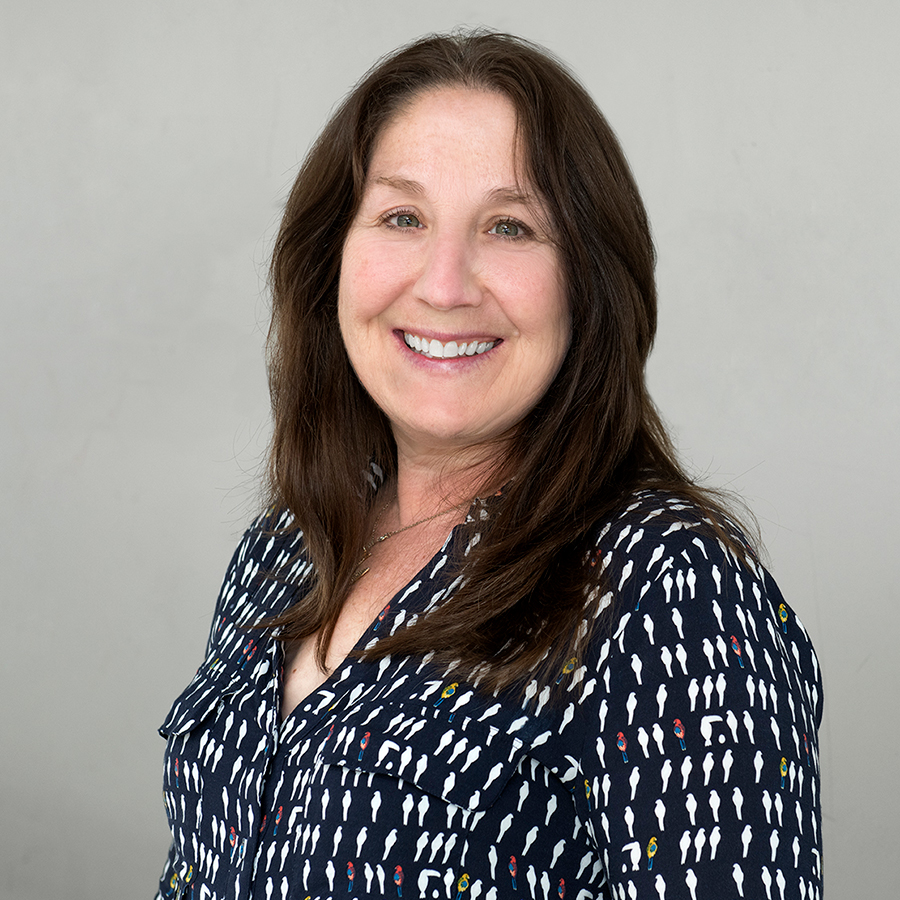 With the release of her Feeling Lucky? EP in late December, Nilüfer Yanya has established herself as a master of the short-form set. The strength of each of the 3 tracks is impossible to compare, yet I find myself returning to the moody blues of “Same Damn Luck” over and over again this winter.

While it's not feasible to select a favorite song off Sevdaliza's album Shabrang (each time I listen I discover new gems), "Wallflower" is what first caught my attention. Through her lyrics, Sevdaliza analyzes introvertedness and childhood loneliness, topics she's been vocal about when discussing her upbringing as an Iranian immigrant in the Netherlands.

London artist Arlo Parks’ soothing vocals and empathetic lyrics rocketed her into the KEXP atmosphere in 2020. Her single "Green Eyes" off her debut album Collapsed in Sunbeams explores personal heartbreak with a mature understanding of the nuances of young love, and queer identity.

The Afternoon Show with Evie 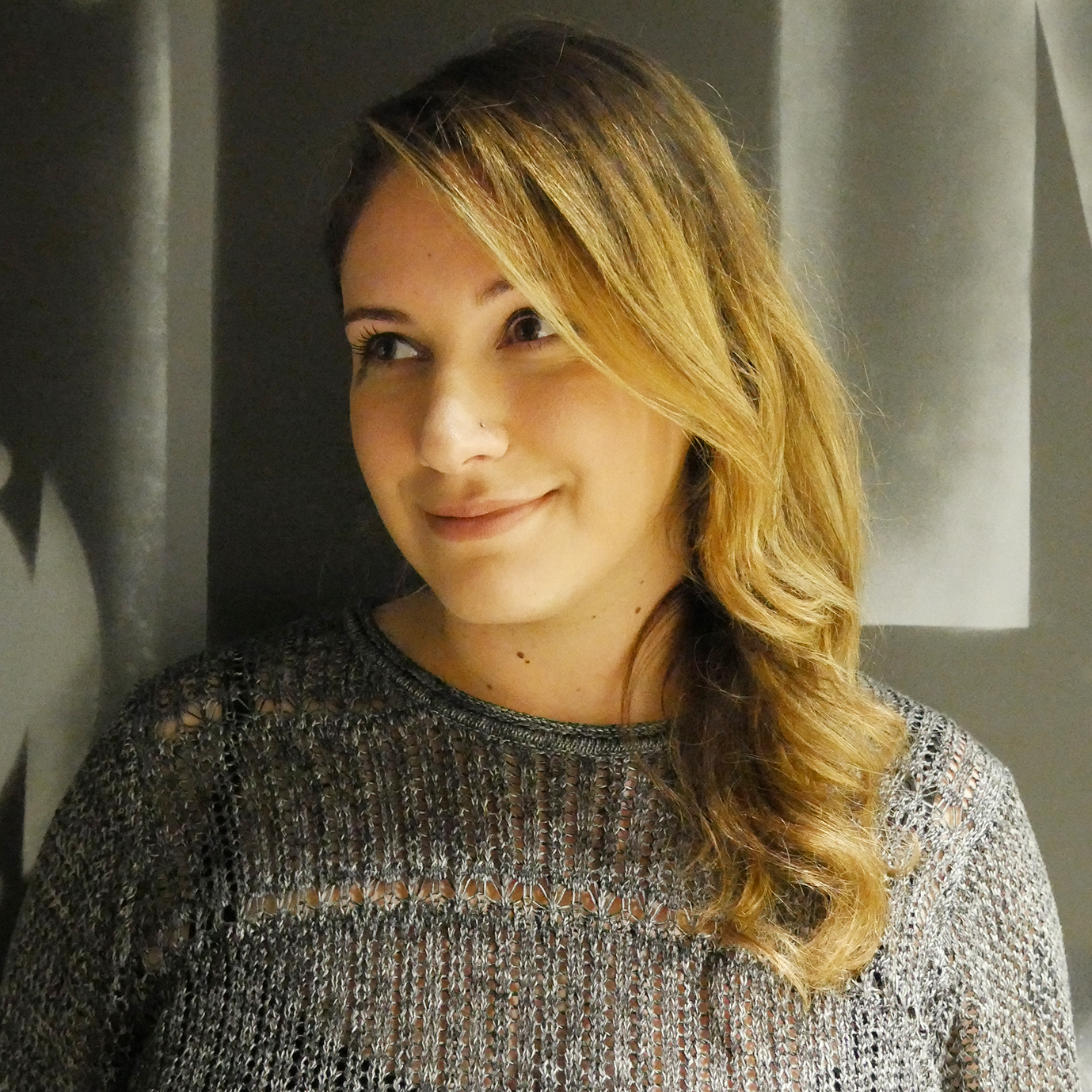 I am a Japanese Breakfast fangirl, through and through. Her newest single, from the forthcoming record 'Jubilee' was written as an ask for people to please, just be nice to her. A sensitive girl after my own heart!

Keeley Bumford is an insanely talented producer and artist based out of LA. Love the kind of alternate-pop music she creates: synth-heavy, sometimes dark, but always danceable. This track slaps.

Celeste - "Love Is Back"

Do you miss Amy Winehouse? Do you wish Adele was a little less mainstream? Well, then do I have exciting news for you. Celeste is the freshest voice carrying over the pond from the UK today. (I actually think she’s in LA now, but still.) Do yourself a favor and put Celeste on all your playlists. 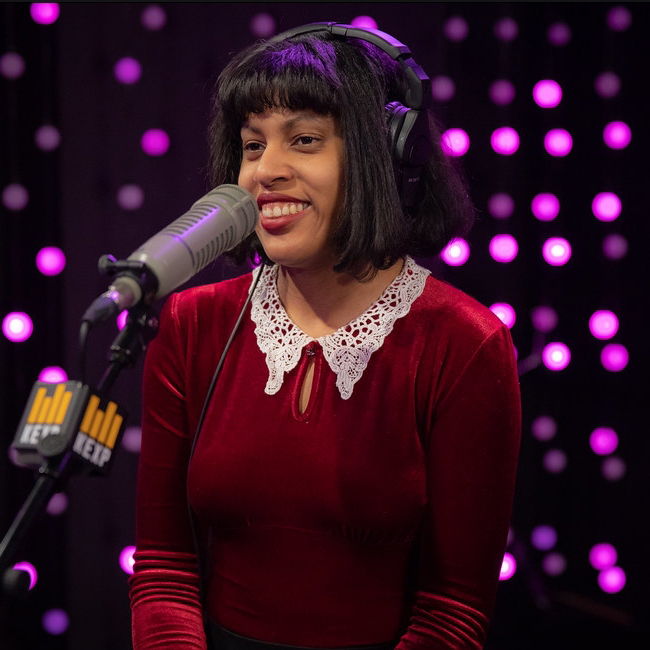 LIVt is an amazing writer and vocalists who takes the risks that make my heart happy and my head bob. She has the right amount of soul and space in her music. From LIVt’s Bandcamp page, “Her music is a reflection on love, what it means to be black and outspoken and as well as what it takes to get out of your own way and be whoever you want.”

Vanna Oh! rocks and rocks hard! Coming out of the Tri Cities, Vanna Oh! is heavily blues inspired and has become one of my favorite local vocalists as well as guitarists. It's good old classic rock n roll.

Tres Leches has been one of my favorite local bands for a while now. Alaia D'Alassandro is so unapologetically punk and awesome—I want to be her when I grow up! (Also, fun fact: she works on the KEXP video team!) 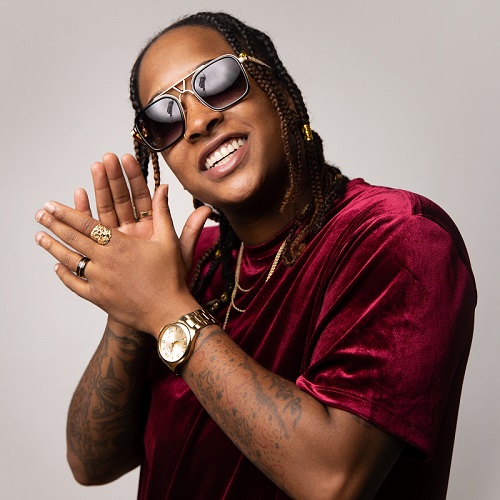 JusMoni is a mom, artist, designer, and incredible vocalist. About her music and her style, she said, “I grew up watching Tisha Campbell, Lisa Bonet, Nia Long and Queen Latifah- and watched all of these women channel, Billie Holiday, Diana Ross, Chaka Khan, Whitney Houston, Janet Jackson, Frida Kahlo even, and so many more women.”

Holly Michelle is a driving Black artist out of Seattle.Committed to her music career and never turned back, the Seattle community has watched her blossom into the inspiring artist we hear today. She is known for switching up her flows and for being unique and versatile AF. Every track she drops, you can expect her to bring the heat.

Stas THEE Boss might have moved to NYC, but Seattle is always going to claim her as our own. She teamed up with Nappy Nina for this jam that is the chillest I’ve ever heard anyone talk about the pandemic stimulus.

While these Seattle women aren’t on Bandcamp, I still have to shout them out for International Women’s Day. I listen to them on Tidal or by hitting refresh on their Instagram accounts on the daily.

Camryn Chanel, also known as Cammy2Cold, was born and raised in the Central District of Seattle. Her music and her vibe have been well loved in the Seattle scene since she was a child. Arguably, she is one of—if not the—hottest female lyricist in the state, known especially for recording her tracks in one take.

Nisha is an amazing Black vocalist in Seattle. She is an absolute breath of fresh air: when she touches the mic, her vocals touch your soul. Nisha is also known as a legendary dancer throughout the city. She’s a new mother in the Seattle community, wanting to make her dreams happen for her and her beautiful daughter. 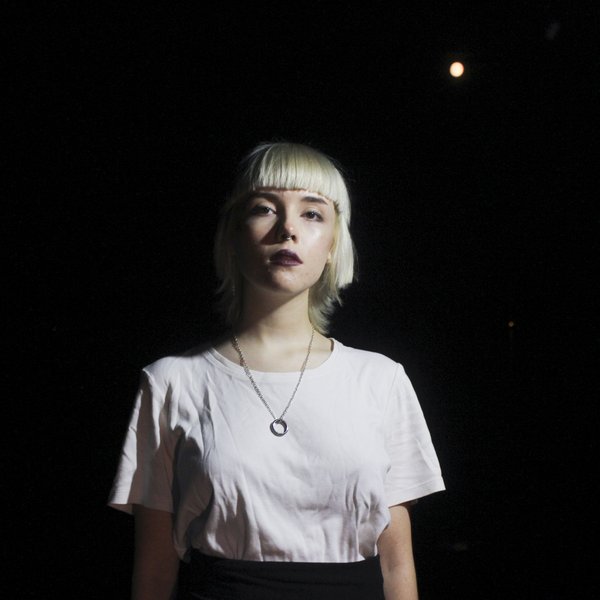 The immensely talented 17-year-old, Vancouver-based singer/songwriter expresses a lifetime of longing, pain, and hope on their newest album. 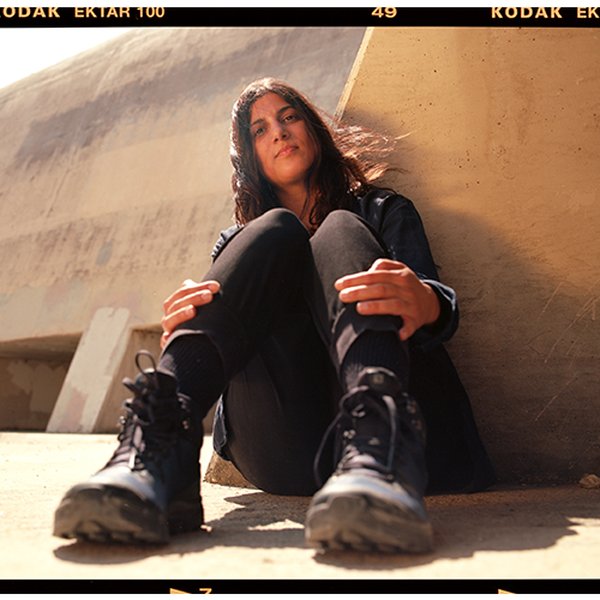 “Let the Distortion Sing”: Maral on Spiritual Melancholy and the Future of Iranian Music

In 2020, Los Angeles-based producer Maral released her debut full-length LP 'Push,' via Leaving Records. KEXP's Isabel Khalili recently spoke with Maral about the creation of the record, how she samples classical Iranian music as well as her vision for continuing to reinterpret this music and cultu… 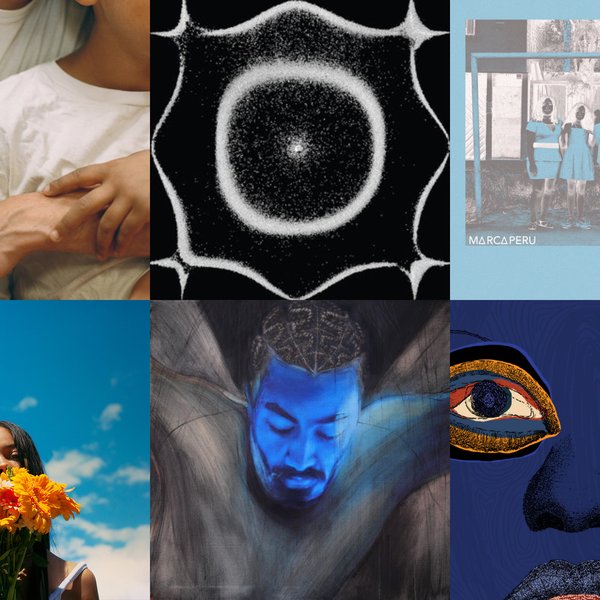 In this month's edition of In Our Headphones, KEXP's Digital Content team shares music by Black artists that have been in their personal rotation lately.