After nearly a year of isolation, the idea of a “scene” sometimes feels almost like a distant memory that may never return. Sure, we can watch each other’s virtual shows or tweet to each other but it’s not the same as bumping into each other at shows or on the streets or in line to buy a hot dog on a regular basis. Even the awkward moments of not being able to recall someone’s name (a frequent issue for me) are desirable. All we want is to catch up with our friends, see some live music, and, perhaps, witness some magic.

As a fixture in her scene, Los Angeles musician Kate Clover found a way to make a version of that happen during the pandemic by rounding up a small group of friends and making a music video turned variety show. Directed by Orange Is the New Black actor Rebecca Knox, the 20-minute “Channel Zero TV” stars hairstylist Ian Scott Dorey, Warren Thomas of The Abigails, and Black Lips’ Jared Swilley. Elevating the four-song live set from Clover are campy interviews, commercials, wacky guests, and even a magic show by Kenrick “Ice” McDonald.

“The idea sparked from my new song ‘Channel Zero,’” explains Clover. “I wanted to create an entertaining world of the surreal and absurd—something in the spirit of The Cramps. Mocking the buttoned-up essence of talk shows of the past, and filling it with the unexpected. Like David Lynch directing a variety talk show that was written by John Waters.”

Clover’s forthcoming Channel Zero EP will be her debut solo project after years of co-fronting Cobalt Cranes, and then ExSage, alongside former romantic partner Tim Foley. Made in Mexico City with help from Brandon Welchez of Crocodiles, her new work is a departure from the desert rock of her former bands, leaning into the garage rock and punk styles she’s always adored.

KEXP got the inside scoop from Clover on the making of Channel Zero TV. Read it and watch the show below.

KEXP: How did you get connected with Rebecca Knox?

Kate Clover: Rebecca came to one of my shows and came up to me after I played and told me "I NEED TO MAKE A MUSIC VIDEO FOR YOU!". Ironically I had just seen the video she had made for the Black Lips that same week and sent it to a friend saying how great it was. Sometimes things just line up in a nice way.

How did you go about casting for Channel Zero TV?

Considering we're in the middle of a pandemic casting was tricky. We stuck to casting mostly close friends. Rebecca had seen Ice perform a set at the Magic Castle in Los Angeles last year and knew he'd be a great addition to the cast. Our great friend/hairdresser Ian Scott Dorey was the obvious pick to be the host. He has a natural charm and charisma that we knew would translate well on camera. My buddy Warren Thomas is very funny in an offbeat sort of way and I knew that it would work perfectly within the world I wanted to create. Jared Swiley was cast as the werewolf and got really into character! He had to sit through two hours of make-up for the final scene and once we finally filmed it he really cut loose. He truly made it a grand finale.

How did you come up with the idea?

It felt intuitive to have a TV show be the format to present my live set. I love the formality of talk shows. The format itself feels sarcastic to me in a sense because it's so put-on and artificial. We made it our own surreal world full of the absurd.

Haha well, I think a lot of people have been isolated for months and so there was some debauchery and what not but we got it done. It was a very ambitious 14 hour shoot. We shot all of the scripted scenes first and then shot all of the live performance stuff after. It's basically four music videos within a 20 minute short. It was so ambitious that if I really knew how much work it would be I'm not sure I would've done it but Rebecca and I are so DIY that limitations we're not seen at all. We both kept pushing each other's ideas. It was a great collaboration. 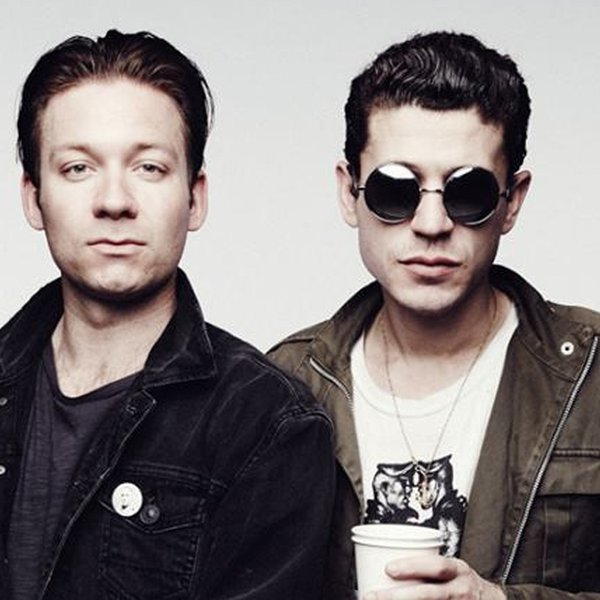 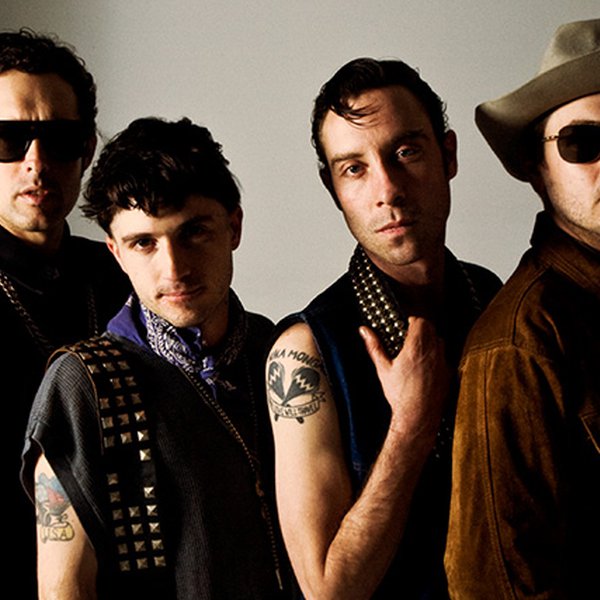 Song of the Day: Black Lips - Boys in the Wood