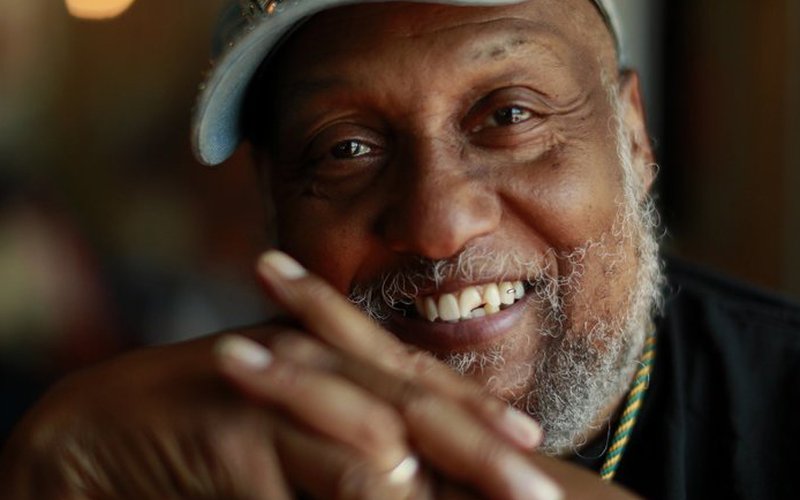 On Sunday, Jan. 17, KEXP will host its 21st annual MLK Unity Dance Party. Though, it’ll be a bit different this year. Due to the COVID-19 pandemic and stay-at-home orders, this year’s event will take place exclusively on KEXP’s radio broadcast and live streaming online. The celebration starts at 6 PM PT with Sunday Soul hosted by DJ Supreme La Rock and continuing on Expansions hosted by DJ Riz Rollins and featuring mixes from all the Expansions DJs – Kid Hops, Sharlese, Brit Hansen, and DJ Alex.

“Celebration” is the key word here, as Riz puts it. Recently Afternoon Show host Larry Mizell Jr. spoke with Riz about the history of this event, but more broadly about the importance of taking the time to celebrate Martin Luther King Jr. Day and the movement that made it possible to become a national holiday. Riz reflects on his personal history attending marches, learning from historic leaders, and how the movement is still continuing today.

Read a portion of their conversation below. Find out more details about the MLK Unity Dance Party here.

Riz Rollins: One of the motivations to really do this is the fact that it is the day before inauguration. And when Obama was first – both times, but the first time – it happened to fall right before the inauguration. And I don't think I slept for three days between whatever was going on Monday and us doing the party and the actual inauguration. You know, I got the goosebumps thinking about it.

But one of the things that makes this special for me is that in addition to clearing out the regime, as it were, and trying to gravitate toward a new day, there's a direct connection between Dr. King and some political stuff that's happening today, because Reverend Warnock, who helped flip Georgia blue, is also the pastor of Ebenezer Church, which is Dr. King's Church – which I didn't realize until about a week ago, that his presence and his power and his influence is still relevant. It isn't just live, but it's actually relevant.

Sentiment tends to make Dr. King's memory rather toothless and sentimental. And yet we're in the middle of stuff that is anything other than toothless. And we're still fighting and catching hell out in the streets. And Dr. King's influence in that will still be felt for years and years to come. So this is not a sentimental party for me. It just ain't.

Larry Mizell, Jr.: And of course, you can remember – I can barely remember – I remember more controversy about it being ratified, but you remember before there was a Martin Luther King Day.

Oh, yeah. And I also remember that Arizona, I think was the last state to ratify it. And now they blue. Which gives truth to what they say, "Give them an inch, they'll take a mile." [laughs] So we're going to take a mile, continue to take that mile.

Did you ever imagine there would be a national holiday for Dr. King?

Never imagined it. And in fact, when it was first spoken of... I'd have to say the same thing about Juneteenth. I thought, "yeah... You know..."

Yeah. And now that we're having this serious conversation nationally about Juneteenth and Dr. King's birthday and it's nothing that they could change or take away, even though I know there's a good million or so people that want to do that. What's the saying? "We are the tomorrow our ancestors dreamed of?" I wish I had made that up, then I could get paid [laughs].

It's something that I didn't understand until looking back and especially kind of following Stevie [Wonder]'s history, that I understood what a what an uphill battle that was in all the resources they got thrown at it. Even one of my dad's cousins worked on that campaign to make that happen with Steve and Gil [Scott-Heron], going around the country, drawing support for this thing that you just would think everybody would want to honor this incredible man.

Well you remember the pushback. Part of it was that benign idea that we have enough holidays. "We got too many holidays. We can't afford this." And it's like you can't afford not to. Because we need that. I had a conversation with a friend earlier. We need to celebrate stuff. We take all of our celebrations for granted. The ones that we don't take for granted, we've commercialized. And so it turns out that we don't celebrate anything. We actually don't celebrate the veterans. We observe the veterans. We don't celebrate them. We don't even celebrate mammas day. Of course, you know, our mothers be like, I know mine is like, "No you celebrating me, OK?" So you do what you got to do.

But, you know, we're celebrating that which came before us and that which is relevant to us now and our great tomorrow. And so we're going to do that. And I'm fortunate that KEXP is honoring the celebration. There were a few times we weren't going to do it. There was one time we were in danger of not having it and Kevin Cole stepped forward and said, "Whatever needs to happen for this to happen, it's way too important for the community not to do it." It is almost out of my hands, except since I'm still here, it's in my hands to do this thing.

I don't want to date you too much here...

What that got to do with it? [laughs].

When the march [on Washington] happened...

Oh, I missed that one, I was there the one the following year.

In [1964] I was 10, so I wasn't going anywhere. But I do remember an auntie’s boyfriend when the Civil Rights Act was passed and he said, "You should remember this day for the rest of your life." And, you know, 10 years old. "Rest of my life? How much life is a 10-year-old going to have?" You know, 50 years later, here we are.

I went to the People's March with Dr. Abernathy and Jesse and maybe in '67, '68 after he died, there was another March. Resurrection City in Washington, a bunch of tents and stuff got mudded out and flooded out. But it, Correct me if I'm wrong, anybody out there, the march on Washington was one of the first massive, like, "would you look at all of those people" marches to happen. And, you know, every emboldened group feels compelled to take their grievances to Washington.

The marches we did weren't so much that we were aggrieved. We were crying out to recognize the inclusion, not to attain inclusion, but for people to recognize we are here, we're part of this and at the seat of power, we are at the table. And I'm going to remember that come Tuesday, when all the people who get invited to sing and as we used to sing and in the movement, "Ain't gonna let nobody turn us around, keep on walking and keep on talking. Marching to freedomland."

Having touched that at such an early age and haven't been around that firsthand and here we are 50 years later, and we see where old boy took us, does your nearness to that exposure and that activation and you being a part of those marches at an early age... I mean, how does that what am I trying to say here?

This is living history to me. It is not a stretch to say that I've either witnessed or experienced blood and sweat and tears. People are being implored to remember where they were last week. I remember where I was when Dr. King was killed. And his multifaceted approach that involved civil rights and then Vietnam. I had to worry about Vietnam, I had to be concerned about it, I had to be concerned about civil rights. I've been on marches since Dr. King where dogs and hoses and police were. It's a long game. This is nothing new. It's not even close to new. And we're not done. So this is living history. This isn't sentimental kumbaya. It behooves me to remind people that Dr. King paid for this with his life. John Lewis paid for with his life. But his life wasn't taken away from him. That was a different cost, the different currency. But this holiday was paid for in blood, and I can't stress that enough. His blood was spilled and we can expect that response and keep on going. Because that's what we've been doing, right?

Thank you. See, I knew you would know what I was trying to get to.

Was that was you trying to get to?

Yeah, you know, I was just wondering if, you know, the nearness of that experience to you. It's not an abstract to you.

What happened when Dr. King died, I asked my mom I was 13 years old. I knew that they were having meetings of Operation Breadbasket in Chicago with Reverend Jackson and I asked my mom if I could join the breadbasket choir. I was 13 years old. And for four years at high school, from 67 to 71, every Saturday and subsequent Sundays, I was in the choir being instructed by the likes of Reverend Jackson and spoken to by Andy Young and Julian Bond and John Lewis and. I've heard them all, Shirley Chisholm, all of them. The greats, first-hand, close enough to touch. And I took it for granted that that's the way my life was going to be. And then I was thrust out into the world. I left Chicago into the the bigger body politic. And I've been there in some form Since then. I ain't marching now more, I'm done with that.

I never fail to be astounded by the experience – and I'm not using that as a placeholder for age, I'm saying the experience and the depth of experience and the and the love and the perspective that you put into what you do. And I know that that comes out and that touches people. Not just that. These parties, whenever you do your thing, but I know it moves people and these parties are real important in the world. We're lucky. We're honored to have them in our city. Thank you so much, Riz, for all you do. 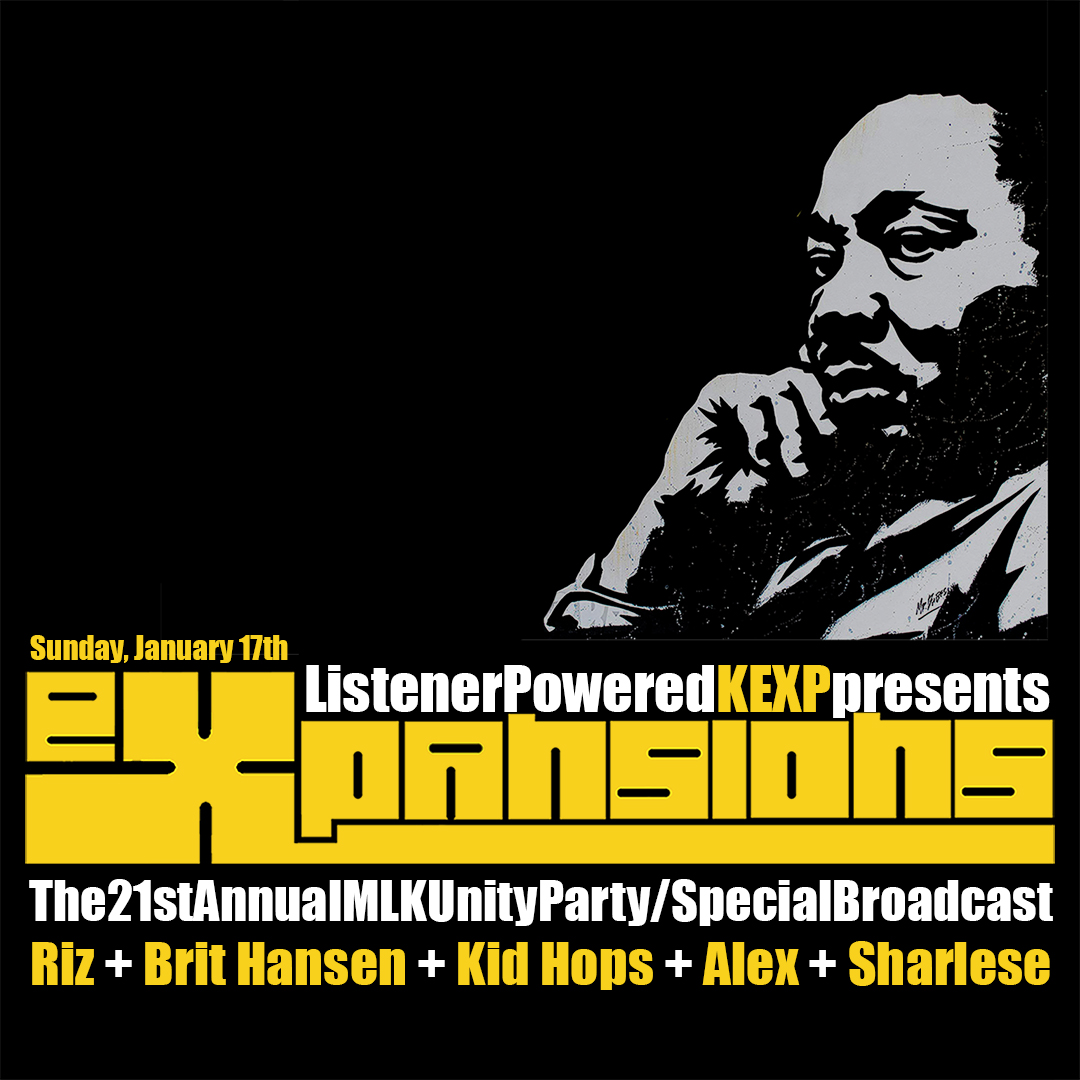 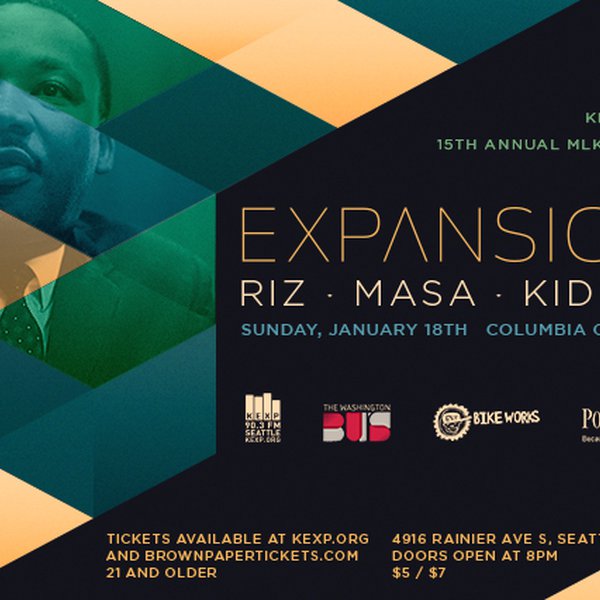 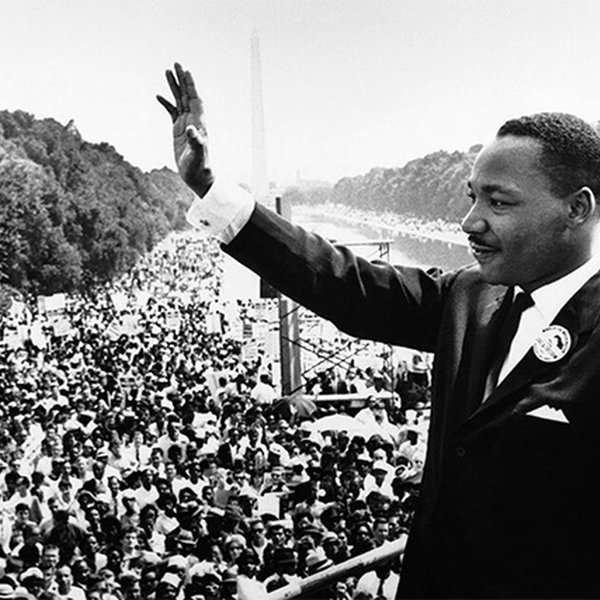 Today, we celebrate what would've been the 85th birthday of Dr. Martin Luther King, Jr., one of history's greatest voices of liberty. King's contributions to civil rights have inspired millions, including many musicians who've paid tribute to him in song. Below, we've collected some of those odes...