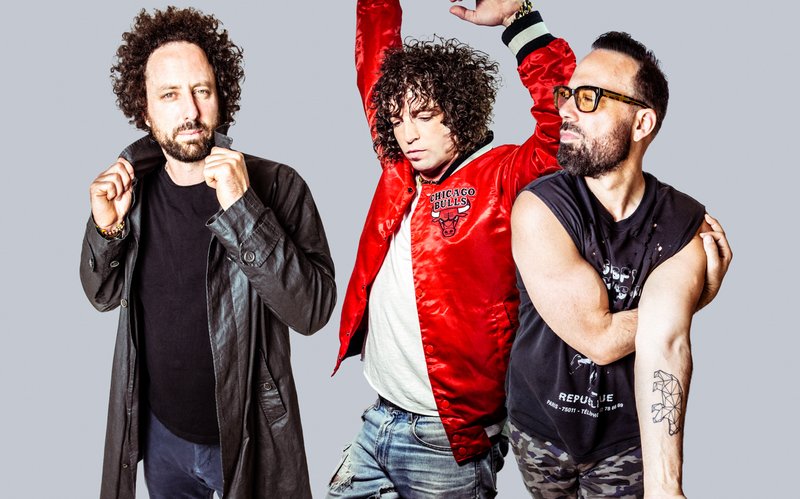 You’ll be forgiven if you missed the fact that Hot Hot Heat called it quits in 2016. The band, fronted by Steve Bays, had slowly drifted into semi-obscurity over the preceding decade before releasing their final album, Hot Hot Heat, that year. And it’s honestly a shame because they really don’t get enough credit for being at the forefront of the dance-punk scene before there was even a name for it (it really irks me that they were initially labelled “emo”). Years before artists like Franz Ferdinand, The Killers, and MGMT would make the concept of bringing rock to the dancefloor a regular occurance, Hot Hot Heat was doing it.

Which is why it brings me such joy to announce that Bays is back and has joined forces with Jeremy Ruzumna of Fitz & The Tantrums and Erik Janson of Wildling for a supergroup of sorts called Left Field Messiah. Fully embracing the genre-melding ethos that Hot Hot Heat introduced and Fitz & The Tantrums have expanded on, the band was created as an act of rebellion against creative stagnation and integrates everything from soul, dark funk, and indie rock to make one fun-as-hell album.

Today, KEXP is sharing the lead single and opening track off their debut album, due out in early 2021, “AM Moonlight.” A sheeny groover, Bays’ typically frenetic vocals are smoothed out while Janson lays down a sticks-in-your-head Strokesian guitar line and Ruzumna creates a whole vibe with his 80’s synth stabs. It’s the epitome of what you’d want to sway to on the dance floor (if you could right now).

KEXP quickly caught up with Janson to give us the lowdown on the genesis of Left Field Messiah. Read below.

KEXP: I’d love to know about the origin story of the band. How did you all meet and what spurred the idea of combining forces to make music together?

Erik Janson: We were introduced by our mutual publisher and near the end of the first day of meeting in L.A. and writing and recording a song, Jeremy half jokingly, but emphatically said “we should start a band!” The creative flow, chemistry and connection between the three of us felt magical, and it was so much fun putting all of our ideas together without any thought. It turns out that that first song we wrote is just as important today in its place on our album, as it was the day it came together.

How did you settle on the name Left Field Messiah?

I was reading Questlove’s book Mo’ Metta Blues and I think I remember him describing Kanye when he came on the scene as the “Left-of-center Messiah.” The three of us had just met and started working together and I was thinking of our sound and frenetic and sometimes chaotic process, and Steve’s voice on our most recent song “Fuzz Machine.” My brain went to Left Field Messiah. I texted Steve and Jeremy and it clicked.

What was the recording process like? I imagine it probably stretched into quarantine which must’ve complicated things...

If I were to describe an LFM session, it feels like a hurricane of musical and lyrical ideas that spill out with everyone running and jumping and contorting to find the moment when we all know we’ve landed on something we are loving. It feels liberating to be a part of the process because everyone is screaming and encouraging our impulses and when the three of us agree on something musical, it’s a good sign.

My personal favorite moments are when the music sparks an idea and we yell “Bays, get on the mic, record that NOW!” It honestly is a joy to hear that guy do his thing because you never know what’ll happen. Or we call Jeremy “Bongo” cause every time the motherfucker touches a keyboard a song falls out. We sadly haven’t been able to recreate our in person energy during quarantine but we’ve been having success with FaceTime & Zoom along with a program called audiomovers where we can link our studios. I’m just as excited by a couple of our newest ideas done remotely during quarantine which has made me realize how much more fluid the process can be.

Is there a creative objective or ethos or sort of mission statement behind the band?

Below, listen to "AM Moonlight" exclusively via KEXP ahead of its worldwide release tomorrow, September 25th, and watch Fitz & The Tantrums' KEXP in-studio performance from 2013. 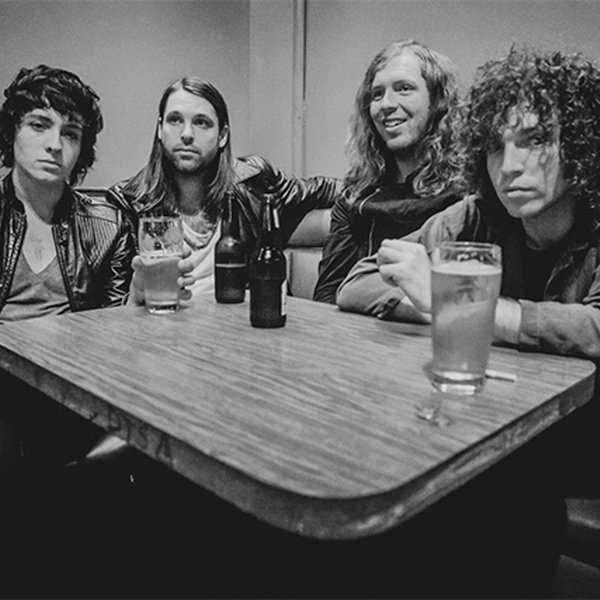 Song of the Day: Hot Hot Heat - Kid Who Stays in the Picture