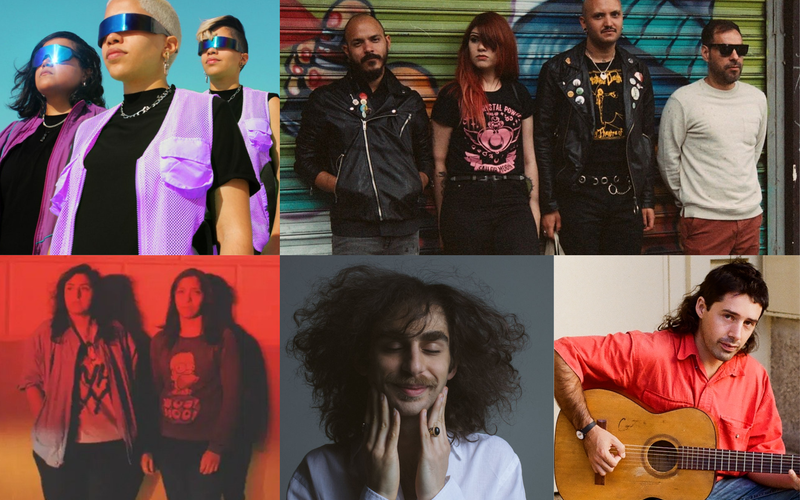 From Sept. 15 to Oct. 15, KEXP is celebrating Latinx Heritage Month by paying homage to Latinx and Latinx-American artists from around the world. As a part of our ongoing tributes, KEXP's Digital Content team have rounded up some of our current favorite Latin American artists below. From the hardcore punk of Heterofobia to the sensuality of singer/songwriter Sessa, here are just a few of the outstanding talents coming out of the Western Hemisphere. Last week on El Sonido, we previewed what’s to come with Latinx Heritage Month and we heard a testimony from Marty Preciado, a friend of the show who I admire a lot and recently did a set for us. She described the incredible music of Balun, a Puerto Rican band based in Brooklyn. She likes the band’s ability to transcend their origins and merge it with something else. I kept thinking a lot about these ideas (and others) because I automatically thought the same about MULA's music from the Dominican Republic.

MULA is a trio, made up of the twins Anabel and Cristabel Acevedo and Rachel Rojas. With each new single from their upcoming new album, Mundos, they’ve shown that they are artists without any type of roof. They represent for me – and I think I speak for many – a door to more varied, enjoyable and honest sounds. In songs like “En el Aire”, “Agua que Quema” and in “Dos Cuerpos,” we hear interpretations of Dominican bachata, dubstep, Caribbean moombahton, and electronics.

MULA is without a doubt one of the best current musical groups from the Caribbean. They’ve traveled the continent and the whole world, delivering a futuristic mix that respectfully shakes up the continuous presences of Jamaican dembow, merengue, and electronic music. This makes Mundos one of my most anticipated records of 2020. — Albina Cabrera

Listening to Heterofobia is a lot like getting pushed down a stairwell. The experience (especially if you've had the pleasure of seeing them live) is aggressive to the point of being violent and before you know it, you're on your back looking up several flights with bruises all over, wondering what happened to you. Lead singer Dani embodies the radical act of being openly gay in the hyper-religious, hyper-conservative city of Monterrey – located in Northeastern Mexico, its hardcore punk scene is filled with mostly aggro straight dudes – writing about the frustrations cropped up around personal experiences and screaming into the din of a homophobic society. (Their name itself can be boiled down to a simple question, explained in a 2019 interview: "Does someone mess with you for being heterosexual?")

Clocking in at less than 15 minutes, last year's Queremos Ver el Mundo Arder (translation: We Want to See the World Burn) is a brutal exhumation of negative emotion, as evidenced not only by Dani's half-shouted gravelly rasp, but the band's punishing rhythm section (Sam on bass and Alex on drums) and Kuni summoning the fifth circle of hell on droning, enveloping guitar. Their particular brand of fury has garnered favorable comparisons to Iceage, and there is a pervading sense of nihilism that sits well alongside the popular Denmark punks. And although Heterofobia sadly broke up a few short weeks ago, the reverberations from the noise they've made can still be felt like the lingering effects from head trauma. – Martin Douglas

A fixture in the Brazilian and New York music scenes, Sessa was previously known for his collaborations with Israeli musician and Monotonix founder Yonatan Gat and as a founding member of Brazilian psych-rock group Garotas Suecas. His solo work is far more minimalist, harkening back to the Tropicália movement in the 60s and 70s in Brazil with some jazz and psychedelic flourishes. Many are comparing his work to that of Leonard Cohen, but I also immediately hear influences from contemporaries Devendra Banhart and Helado Negro in Grandeza.

Even if you don’t speak Portuguese, the sensuality of the record is palpable. While Sessa might have told Darek Mazzone in February that the Grandeza track “Flor do Real” was inspired by a quote from a Brazilian documentarist that once said, “Chance is the flower of reality,” the lyrics of the song seem less about flowers opening and more about legs. “Foda é o prazer do som… viver pela pele é a minha crença” goes one line which translated to English is “fucking is the pleasure of sound…to know through the skin is my creed.” I don’t know about you, but I think we could all probably use an erotic escape right about now. — Jasmine Albertson You’re probably wondering why I’m writing about Norwayy for Latinx Heritage Month... No, it’s not a typo on a Scandinavian country; it’s a duo out of Guadalajara with a deep love of Beach House and an Alvvays/Wavves-inspired penchant for repeating consonants. (Sorry for the dad joke; I couldn’t resist.)

Band members Gabriela Navarro (vocals/guitar/synths) and Rocío Márquez (drums) claim they “met on an intergalactic trip” and broadcast their lo-fi dream pop from “aboard our spaceship ‘C001 W473’,” but their reverb-laden songs are straight from the DIY spaces of Brooklyn, calling to mind bands like Vivian Girls and sounding like they should be signed by Captured Tracks. Songs like “You Talk Too Much” radiate with a post-punk influence, while songs like “My Bike” (a literal ode to pedal pushing) bring a shoegaze-tinge to their echo-y ‘80s-influenced sound.

They haven’t released much — just a self-titled EP and a stand-alone single — but with songs like the synth-swoon of “25 Thoughts in My Head” and their latest single, the new wave-invoking “Say It All,” I can’t wait to take another trip with Norwayy. — Janice Headley

It’s easy to romanticize memories of live music as we look back during the pandemic, but often lately I do find my mind drifting toward a set by Juan Wauters at the Clock-Out Lounge last year in Seattle. Wauters performed solo, prowling the stage while he held up his acoustic guitar without a strap. He’d walk away from the microphone, shouting out his songs to the expanse of the room. He’d strum and finger-pick his guitar, seemingly deciding what song he’d play next as he went.

That same sense of freedom and exploration comes through in Wauters’ recordings as well. His arrangements and recording techniques exude a feeling of records lost to time – a gem from the ‘60s or ‘70s you stumbled onto in a box of old cassettes. In a way, you could call his music timeless. After being aware of him for a few years, I feel headlong into Wauters’ music with last year’s Introducing Juan Pablo. Clips of families talking in living rooms, accordion wails, upbeat rock jams, and plaintive ballads all swirl together in a beautiful blur.

His latest EP, Más Canciones de La Onda, features songs written during the same time as his 2019 record La Onda de Juan Pablo. As with its parent album, the songs were written while Wauters traveled across Latin America, collaborating with artists along the way in Argentina, Mexico, Peru, Puerto Rico, Chile, and Uruguay. The songs reflect this troubadour, searching feeling.

With Más Canciones, we get an emotional catharsis or spiritual conclusion of sorts with the closing track “Montevideo, 22 de Diciembre, 2017.” The song was recorded on Wauters’ birthday, the first birthday he’d spent there since 2002. He took the day to be by himself in the city and reflected the spirit he felt from Montevideo back into the song. And in that concept alone you can start to feel the essence of his music: a mirror of the world around him in all of its eccentricities and beauty. — Dusty Henry 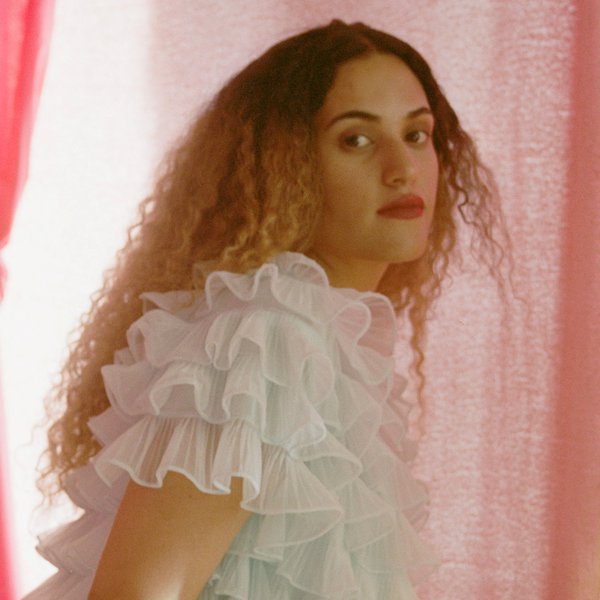 Descubre El Sonido: Latinxs in the USA by Aarin Wright

El Sonido on KEXP delivers a playlist of some of the best latin artists in USA curated by the journalist Aarin Wright.