With TikTok apparently stealing my personal information, Facebook being flooded with ignorant rants from relatives (while also stealing my information), and Instagram filling up with targeted ads for things that I seem unable to resist purchasing immediately (and also probably stealing my information), I’ve found myself spending more time on Reddit. The idea of connecting with complete strangers to geek out on a specific common interest seems almost wholesome in the current internet landscape.

Last month, a particularly wholesome post appeared on the r/fleetfoxes subreddit. After getting permission from the moderators to post in a subreddit for his own band, Skyler Skjelset announced to the 5.2k members that he had another band called Yeah Baby that would soon be releasing an album. Robin Pecknold then chimed in to vouch for him, causing the feverish Fleet Foxes fans to collectively lose it over the musicians interacting and supporting each other on the platform. See? So wholesome.

Fandom, respect, and support are what brought Skjelset and Yeah Baby together. The truth is, it’s not really his band. By the time he joined the band about a year ago, the majority of their debut record, Neptune Hotel, was already written and recorded except for one song.

“Before I joined the band, this song ‘Sugar’ was what made me want to be a part of whatever they were doing, even if it was just as advice from a veteran or being a part of the creative process,” explains Skjelset. “Before the pandemic, I was super glad that we'd come together as a band and I can't put it into words how reenergizing it was to be cramming into cabs to play local clubs, having regularly scheduled rehearsals, and hacking it through the writing process in some dingy practice space again.”

Beyond that one Reddit post, there’s little to be found on the internet about the New York-based band made up of Skjelset, Hanna White, Sean Kwon, and Casey Mullen. And that’s a damn shame because Neptune Hotel is immaculate. Mastered by Simon Scott of Slowdive, Neptune Hotel captures a similar lushness of the legendary shoegaze band. Combine that with the dreaminess of Beach House and the vogue moodiness of Chromatics and you’ve got a perfect companion for late-night listening.

The spacey 8-track release officially comes out tomorrow, August 7th, but KEXP is exclusively streaming the record a day early. Listen to Neptune Hotel and find out more about the mysterious Fashion Week-soundtracking band below.

KEXP: Can you tell me a little bit about the members of Yeah Baby and the origin story of the band?

Yeah Baby: Sean (guitar, vocals) was born in Seoul, South Korea, and when he was 9 he and his family moved to Ohio. He played in bands from middle school through Oberlin College, after which he moved to New York City. Hanna (guitar, vocals) moved to NYC from Seattle to pursue acting at NYU Tisch, and met Sean while working together. The two decided to start a band, and soon they booked their first gig with no drummer or bassist lined up to play it. In the weeks leading up to the gig the two recruited Sean's friends Casey, a composer who played drums in bands growing up in Ohio, on drums and Wells Brown, an artist, on bass.

We began playing monthly local shows, and had the opportunity to perform at the Robert Geller AW19 runway show during New York Fashion Week, after which Wells had to relocate. At this point Skyler, Sean and Hanna's friend, joined the band. Skye had been supportive of Yeah Baby from the beginning — regularly attending shows, lending gear to the new (and at the time relatively ill-equipped) band, opening sets with his solo material in between Fleet Foxes tours — it all happened very naturally.

We were operating as a duo for the first year or so, focusing on mainly songwriting. It was a lot of learning to work together, and deciding on what we wanted this band to be. During that time we wrote close to a hundred songs, and ultimately chose "Sugar" and "Heaven" to be the first songs for Yeah Baby. We became a full four-piece in 2018.

Money was a factor as well, of course — we were all working and funding our recording sessions, which were spread out throughout the course of a year. Every step of the way we were learning and figuring things out, and we made sure to do only what feels right for us — and sometimes that meant taking a longer route to complete the album.

You have such a lush 90s shoegaze sound which definitely seems to have some serious Slowdive vibes. What influence, if any, did Simon Scott have in the way Neptune Hotel turned out?

The record was already finished being recorded and mixed by the time we started working with Simon for mastering, but it definitely felt great and reassuring to know that one of the bands we admired had shown interest in the music. It was really great to work with Simon and hope there is a chance to do it again in the future.

Where does the name Neptune Hotel come from and what kind of stories are you trying to tell on the record?

Sean and Hanna were roommates for a period of time when they were writing the material for this album. Across the street from their old apartment is a mysterious hotel by the same name, and it had this lightbox on the facade that said, "Neptune Hotel"; the haunting glow from the lightbox seeped into Sean and Hanna's rooms at night. We were fascinated with the idea of this hotel and imagined a world in which the songs of the album came to be lived out — it's a world that is unknown yet familiar, dark yet eerily beautiful. The album is an exploration in search of beauty and hope amidst a chaos of anxiety, frustration, and desperation — a dissatisfaction with reality, and a desire to change.

Skyler, you play in a number of other bands including Fleet Foxes which has a very different sound from Yeah Baby, what do you get out of this band that you maybe don’t get from the others?

Well, first I think that this band is a really great group of people and it's very fun to be a part of both the process of writing and performing, but also as a new, developing band that's trying to find its way and create its own ethos in this business. It's pretty refreshing. I mean, I am grateful to have been a part of Fleet Foxes for so long and there are so many wonderful things that come along with that kind of process, but as a musician, exploration in music is super important to me and I will always try to play with anyone who thinks I can help. I want to always be someone who supports my friends, the local music scene, and the music that I believe in.

Me joining up with this band was very natural — I knew Sean and Hanna for a couple of years before we ever played together — I would go check out their shows and even opened a few of them with some solo sets, so we had already spent quite a bit of time together in the scene. Also, aside from "Dirt", by the time I joined the rest of the record was already written and a lot of the recording had been done, but I was a fan of the tunes from the shows I had been to. It was a nice opportunity to be able to play such cool songs.

There seems to be a DIY ethos with Yeah Baby where you’re doing all the press and band management yourselves. Is that intentional and how does that experience compare to your other bands that have labels and publicists behind them?

We believe that it's super important to us to be as self-reliant as possible, especially as the industry seemingly focuses more and more on things that aren't necessarily about the music itself. Being a new band, we've had to figure out a lot of things along the way, both about ourselves as a band and about how the industry works today; and we just haven't put much thought into not doing as much as we can ourselves.

It's wild to be releasing a record in the middle of this pandemic and not being able to play shows — most labels aren't exactly eager to be releasing something they can't see any return from. Before the pandemic, we had really been focusing on being an active part of the scene in New York City and fortunate to find ourselves progressing organically — getting people to attend our shows and listen to our music without the help of any label or PR or anything.

We care about having listeners who are invested in the music and the band for who we are and the music we make. In the long run, those are the people who will be there to support us and our work.

You’re donating the proceeds from pre-orders to the Library at the A.J. Williams-Myers African Roots Center. Can you tell me why you chose to send the money there?

Sean's close friend Ethan has made it a point to have faith in and work towards a better world, in whatever capacity possible for an individual. We saw that the A.J. Williams-Myers African Roots Center is really near-and-dear to Ethan, who reads to kids during Storytimes and helps out with after-school activities. We believe in grassroots efforts, and wanted to support this endeavor, seeing and inspired by Ethan's commitment to education, community, and love.

Neptune Hotel is out Friday, August 7th. Connect with Yeah Baby on Facebook and Instagram (screw it, all of our personal information is already out there anyway). 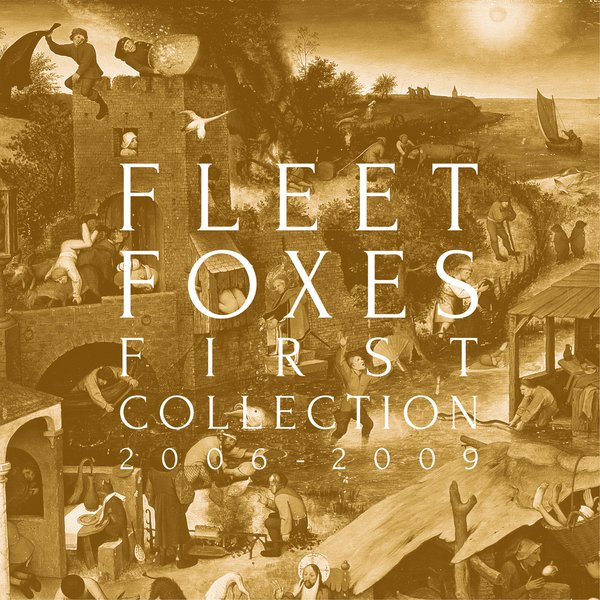 KEXP writers Jasmine Albertson and Martin Douglas turn back the clock a decade along with Fleet Foxes, whose stellar box set First Collection: 2006-2009 was released on Friday.

Beach House, the Baltimore duo of Victoria Legrand and Alex Scally, are really into surprises right now. When pre-orders for Depression Cherry went up in the summer, the band's website featured hidden singles, buried in a song recommendation generator based on the user's selection of favorite pas...