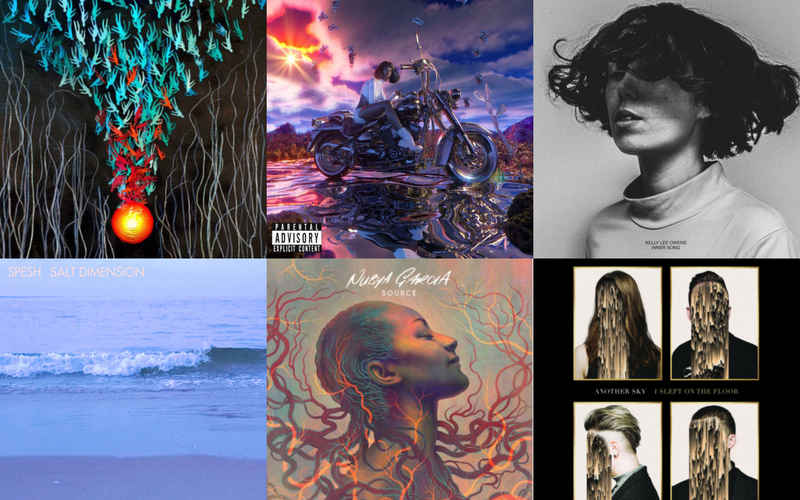 Tkay Maidza – Last Year Was Weird, Vol. 2 (4AD)
The third release from the Zimbabwean-born Australian rapper/singer is the second in a planned trilogy of mixtapes. It’s a potent blend of hard-hitting hip hop and soulful R&B with breezy pop, propulsive house and more. — DY

Bright Eyes – Down in the Weeds, Where the World Once Was (Saddle Creek)
The 10th album (and first in nine years) from this veteran Omaha band led by Conor Oberst is a strong set of expansive and majestic orchestral pop inflected with folk-rock, psych-pop, New Wave and other styles, with a lush, dramatic sound combining guitars, strings, horns, woodwinds, bagpipes, a backing choir and more with Oberst’’s tremulous vocals and often-poignant lyrics of loss and end times. — DY

Nubya Garcia – Source (Concord Jazz)
This acclaimed British saxophonist/composer has worked with Makaya KcCraven, Moses Boyd, Shabaka Hutchings, Moses Sumney and other notables, along with being a member of Nérija and releasing a couple of solo EPs. Her debut solo full-length is an impressive set of expansive jazz blended with reggae, dub, broken beat, cumbia, calypso, R&B, funk and other styles. Co-produced by Garcia with Kwes, the album’s shape-shifting sound is powered by her expressive sax, effortlessly gliding from Afro-Caribbean styles to bluesy hard bop and soaring free jazz. — DY

Another Sky – I Slept on the Floor (Fiction)
This London band’s debut album is a strong set of moody, adventurous post-punk combining an atmospheric sound and anthemic song hooks with Catrin Vincent’s mellifluous vocals and hard-hitting lyrics blending the political and the personal. — DY

Alan Braufman – The Fire Still Burns (Valley of Search)
This saxophonist was a part of New York’s fabled ‘70s-era loft jazz scene. His 1975 debut album, Valley of Search, was reissued to wide acclaim in 2018, and now he’s following it up with an adventurous new album ranging from ‘70s-steeped fusion incorporating elements of R&B and Latin music to fiery free jazz. — DY

The Lemon Twigs – Songs for the General Public (4AD)
The third album from the Long Island brother duo of Michael and Brian D’Addario is a fun set of theatrical glam-rock with a bombastic, sometimes over-the-top sound combining intricate arrangements and a colorful variety of instrumentation with bright harmonies and soaring song hooks. — DY

SPARKLE DIVISION – To Feel Embraced (Temporary Residence Ltd.)
SPARKLE DIVISION is the collaborative project of revered LA-via-NYC avant-garde composer William Basinski and Preston Wendel. The latter served as a studio assistant to Basinski upon his move to California, and the apprentice's musical productions inspired the experimental artist to dust off his saxophone and embark upon a surprising shared musical journey that taps into an immersive, quirky, leftfield fusion of lounge, jazz, downtempo, and juke/footwork. Their debut album confounds expectations in a lot of ways, and while it carries a kitschy exterior, the musicianship shines bright through its rich textures, vibrant instrumentation, detailed productions, and exploratory rhythms. Album highlight "Oh Henry" is an inventive melding of jazz and footwork, while "To The Stars Major Tom" quickly recalls the magnetic downtempo beats of DJ Koze. — AR

Toots & The Maytals – Got To Be Tough (Trojan Jamaica/BMG)
The latest album (and first in about 10 years) from this legendary Jamaican group led by Toots Hibbert is an energetic set of reggae blended with funk, soul, psych-rock and other styles, combining punchy horns and funky guitar licks with Hibbert’s gravelly vocals and politically charged lyrics of injustice and perseverance. — DY

Admas – Sons of Ethiopia  (Frederiksberg Records)
Originally self-released in 1984 with a limited run of 1000 records, this vinyl reissue and first digital release is an under-heard moment in Ethiopian musical history. One of very few albums recorded by Ethiopian exiles in Washington, DC during the time of the Derg (the military dictatorship who overthrew Haile Selassie), Admas originally played weekend gigs at the Red Sea Restaurant in the Adams Morgan neighborhood. They were too young to have contributed to the "golden age" of Ethiopian music, and they were together in DC nearly a decade before the biggest waves of migration from Ethiopia began. The album is a synth-heavy blend of Ethiopian music with jazz, funk, reggae and highlife influences. All tracks are instrumental with the exception of "Astawesalehu.” — GT

Bebel Gilberto – Agora ({PIAS})
The latest album from this Brazilian artist is a well-crafted blend of bossa nova and other Brazilian styles with moody electro-pop, combining an atmospheric sound with her intimate vocals and breezy melodies. — DY

Adeline – Intérimes (self-released)
The second album from this New York-based French-Caribbean singer and multi-instrumentalist is a stellar set of R&B, soul, and funk jams with a groovy organic touch that feels both nostalgic and timeless. Confidently swaying between infectious upbeat tracks and sultry slow jams, Intérimes serves as a strong showcase of this emerging voice in the contemporary indie R&B scene. — AR

Melanie Faye – Melanie Faye EP (self-released)
Melanie Faye is a Nashville-based artist who burst onto the scene with viral videos of her exquisite guitar playing and hypnotic melodies that captured the attention of artists like SZA, John Mayer, H.E.R., and Chance the Rapper. Her debut EP is an impressive showcase of her enigmatic guitar-driven R&B sound that builds upon the unique style she first shared online (the demo version of "Clutch" included here was the first clip to pique the internet's interest) with polished fleshed-out gems that fully capture her captivating vibe. Jamila Woods, Cautious Clay, and Mac DeMarco make guest contributions. — AR 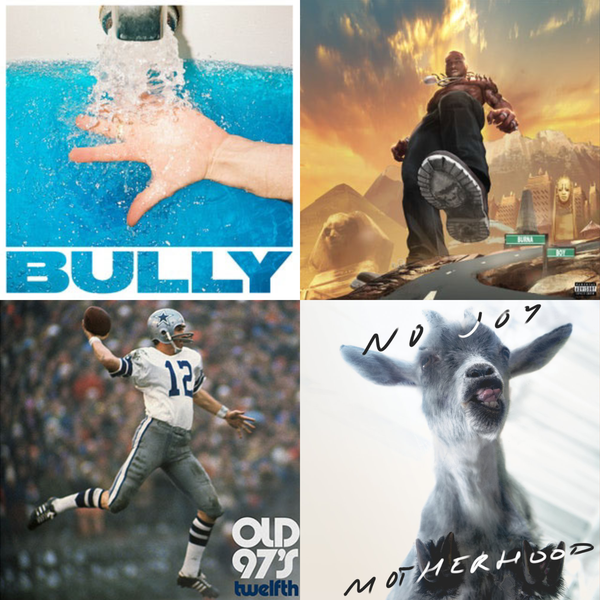 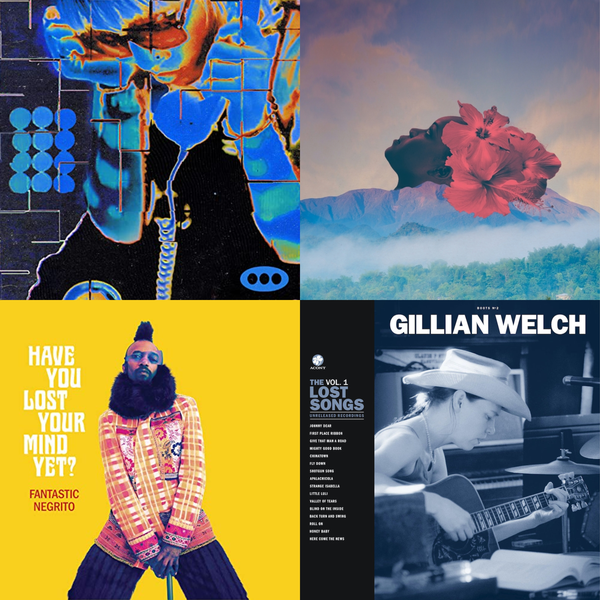