We Are Ever New: Looking Back at Beverly Glenn-Copeland’s Masterful Keyboard Fantasies 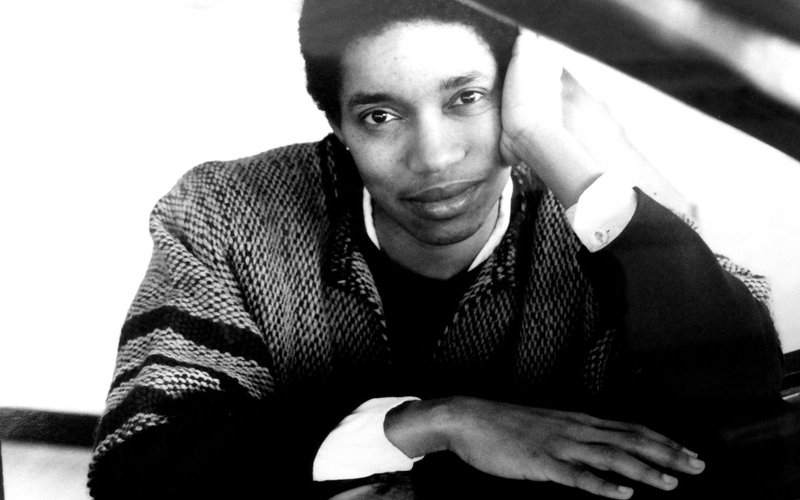 Finding peace is hard these days. And really, now is a time of action. To march in the streets, to disrupt the old norms and oppressive, racist systems. An invisible virus looms around us. We’ve locked ourselves away in our homes for the greater good. Unemployment rises. Death dominates our thoughts.

And still, it’s also a time for looking back and looking within. To understand the ugliness of our shared histories and the internalized ugliness many of us still carry in our minds and bodies. The ugliness we never wanted to admit was there in the first place.

When I came across Beverly Glenn-Copeland's Keyboard Fantasies through a friend, it almost didn’t feel right to indulge in something so beautiful, so pure and optimistic. But lately, I’ve been starting to think that now is maybe the best time for this music. And if you wouldn’t mind, I’d like to encourage you to listen as well.

In a 2018 interview with The Guardian, Glenn-Copeland says he “was told when I was young that I would not be successful until I was very old.” Those words would be prophetic for him, as Glenn-Copeland began self-releasing music in the 1970s but wouldn’t see acclaim until a decade or so into the next millennium.

Copeland’s earliest works – two self-titled records, 1970’s Beverly Copeland and 1971’s Beverly Glenn-Copeland – are gracious, warm, folk-explorations. A classically trained vocalist, his voice soars and evokes with a tenderness that feels kindred to Joni Mitchell’s Blue. As exceptional as the records were, Glenn-Copeland struggled to find an audience and sold only around 200 copies of his sophomore record – now you’d be lucky to find an original copy for $200.

Undeterred, Glenn-Copeland kept moving forward creatively. His path would lead him toward children’s television where he would write for Sesame Street and became a frequent guest star and musical performer for the Canadian show Mr. Dressup. It was around this time that he also began work on new solo material that carries the same charm, comfort, and innocence of children’s television.

When Keyboard Fantasies was released in 1986, it was once again with virtually no fanfare or notice. While Glenn-Copeland was utilizing some of the most advanced music technology of the time – an Atari computer, a Roland drum machine, and a Yamaha DX7 synthesizer – his mind looked toward the natural world. The scenic views of Huntsville, Ontario informed the record. The stillness and wonder and expanse of nature. You can fill that sense of pastoral peace radiating in the pulsing synthesizers and even more so in his voice.

A flutter of notes of and light chiming keys ease into the morning light that is opener “Ever New.” Once he begins to sing, it’s of spring and summer rain. But really it’s about rebirth and renewal, life sprouting from the ground and sky. His voice shakes low in a melody that feels like a lost hymn.

Beyond just the technical prowess of how magnificent these recordings sound, he’s tapping into a timeless feeling and energy. He extends this beyond just nature, looking out beyond the fourth wall as he sings, “Welcome the child whose hand I hold. Welcome to you, both young and old. We are ever new.”

It’s hard for me to listen to this record without just continuing to put this song on again and again. Even knowing what more beauty lies ahead with the joyous “Let Us Dance” and the reflective instrumental ode of “Old Melody.” It’s hard not to be attracted to the calm of “Ever New.” More than a song, it feels like an embrace. Someone holding your hand as they show you the world around you as if you’re looking with fresh eyes on a blurry morning. Tranquility like that is craved, but hardly ever felt so deeply.

There’s a similar feeling with the closing track, “Sunset Village.” A nostalgic melody pieces together under the bubbling drum samples. His lyrics are spartan, but impactful. A call to let go, to let thoughts drift from your mind. It’s reassurance that it’s okay to let the pain and hurt subside for a moment and breathe in the life-giving air around you.

Keyboard Fantasies wouldn’t get its just praise until it was rediscovered by a Japanese fan in 2015 who contacted Glenn-Copeland to obtain and sell more copies of the cassette. The reputation of the record grew before it was eventually reissued in 2017 by the record label Invisible City Editions.

Much has changed for Glenn-Copeland during this time. He’s in his 70s now and in 1995 he officially came out as a transgender man. Yet he never stopped working, creating, and writing plays and music. With renewed interest in his solo works, Glenn-Copeland has taken to touring again – though his recent tour was delayed due to COVID-19. To see and hear Glenn-Copeland play songs like “Ever New” at the older age he was told he would find success and backed by a band of younger artists who’ve now bonded with his music, feels like the rightful continuation of the song’s message. Young and old, we are ever new.

All these years later, there’s something still transcendent about Keyboard Fantasies and important lessons to heed. With all of the calamities currently befalling us, it’s easy to forget about our dying Earth. The planet is the common denominator between us all, the very footing for which our ideologies and conflicts are bound. Our world is not just a space we occupy or a means to end. It’s a home, with all the connotations we give that word. Beyond even that, it continues to offer us the space to have these inner-reflections and transcendental musings to which we benefit. If we lose this planet, we have nothing else.

The message of peace cannot be lost or understated either. The world we’ve created will not cease immediately and the changes we crave will not happen overnight, likely taking generations to dismantle the wickedness we’ve inherited and perpetuated. But without allowing ourselves a moment to breathe the air and pursue stillness, we can run ourselves into the ground and lose sight of what the pursuit is even for. We need renewal as it recenters us toward betterment for ourselves and others.

And with that comes time to seek within. Whether it's a practice of meditation or simply self-reflection, Keyboard Fantasies gives the canvas for the inward exploration. It's a heavy thing to be consuming all the time as we are accustomed to in 2020. It's not that there's just too much information, it's also that there's so much essential knowledge that we need to take in and understand to correct our paths. But this also means needing to sit with it, to digest, and really seek understanding that comes beyond a retweet. Renewal of self doesn't mean starting over blank. It means to take what you know, learn, and experience and using it to become reborn again and again as a better self. In the immediacy of our times, taking a moment to become whole will only serve you for the fights ahead.

And then there’s Glenn-Copeland himself. A voice, literally and figuratively, that went unheard for so long. His music is a reminder to try harder to hear those we are not hearing. That we still have Glenn-Copeland with us and that he continues to make and share his art is a beautiful thing that we should celebrate. While he may have accepted his fate that he would not be known until he was old, we can challenge fate by digging deeper and seeking out to listen to those we are not. It’s easy to be comfortable with what you know and what’s being presented to you, but what we miss might actually be what’s most remarkable.

UPDATE: A day after this piece ran, Glenn-Copeland announced a new record, Transmissions: The Music of Beverly Glenn-Copeland, out Sept. 25. Stream the single "River Dreams" below. It is available for pre-order through Bandcamp now. 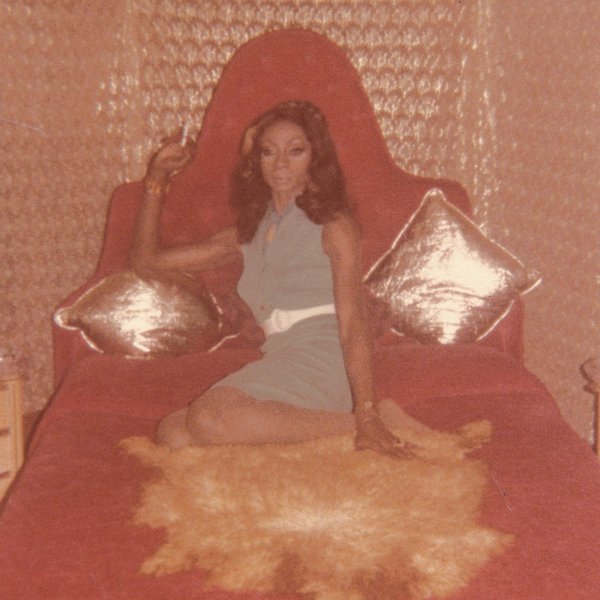 Jackie Shane was a Black trans soul singer who performed in the 60s. In 1971, she walked away from her career and basically disappeared. 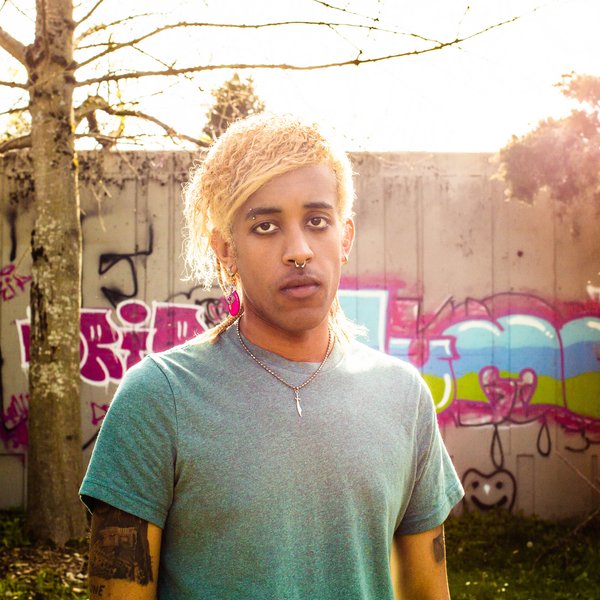 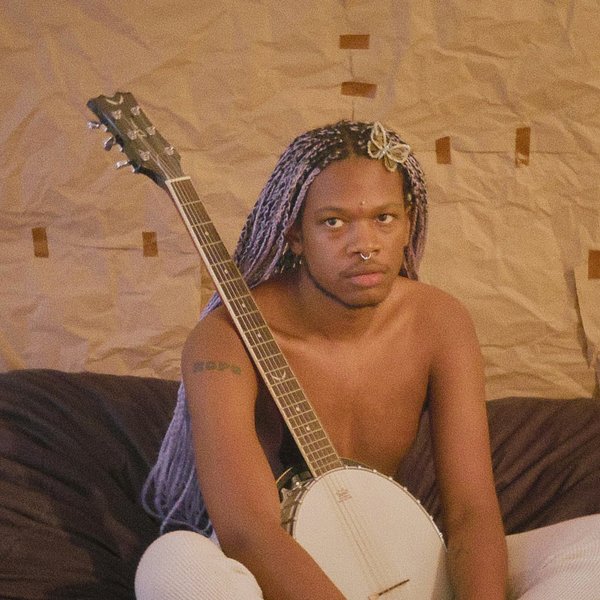 Shamir on Intersectionality, Independence, and Returning to Pop

On the heels of his return to pop with "On My Own," KEXP speaks to Shamir about his forthcoming indie pop record, his unending work ethic, and his experiences in the music industry as a queer Black artist