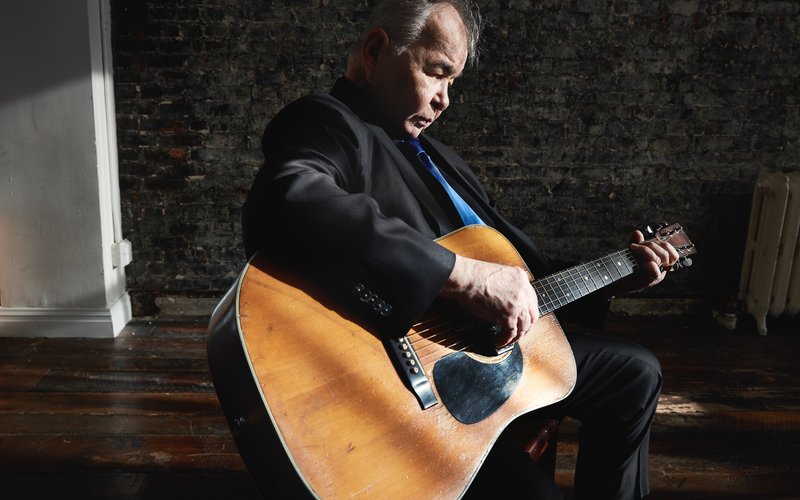 Acclaimed and beloved songwriter John Prine died Tuesday due to complications from COVID-19. The news was confirmed by Prine’s family to Rolling Stone. He was 73.

Prine was born in 1946 in Maywood, Illinois. He’d spend his youth growing up in Chicago, where he attended the Old Town School of Folk Music and later worked as a mailman. It was during his stint as a mailman that Prine began honing his songwriting craft and performing at local open mics.

Prine was eventually discovered at Chicago’s Fifth Peg where he received a review from then-fledgling critic Roger Ebert. In the same venue, Prine caught the ear of another esteemed songwriter, Kris Kristofferson. Kristofferson would later invite Prine to perform in Greenwich Village alongside Carly Simon.

As fate would continue to intercede, record executive Jerry Wexler was in attendance at the Greenwich Village show and signed Prine to Atlantic Records the next day. Prine would release his self-titled debut the next year. The album was received with critical acclaim, with critics and artists alike praising Prine for his spirited songwriting that aptly navigated heavy existential topics and the dark night of the soul with a thoughtful sense of humor. Among his fans were Bob Dylan, Bonnie Raitt, Johnny Cash, Joan Baez, and numerous others. In 1972 he was nominated for a Best New Artist Grammy.

Prine would go on to have a prolific career and in 1981 would go independent and start his own label, Oh Boy Records, which would release all of his subsequent projects for the rest of his career. In 2018 he’d release what would be his eighteenth and final album, The Tree of Forgiveness, featuring performances alongside Jason Isbell and Brandi Carlile. The album would be his highest-charting record, reaching number five on the Billboard 200.

Encapsulating Prine’s storied career and gift for playful and effecting songwriting is difficult to do in so little words. Prine’s approach to his craft had a profound impact on country and folk music, influencing his contemporaries and the artists who’d come after him. His commercial successes and accolades were far outweighed by the loyalty and adoration of his fans.

Join us in remembering and celebrating Prine’s life and work by revisiting some of our favorite of his songs below.