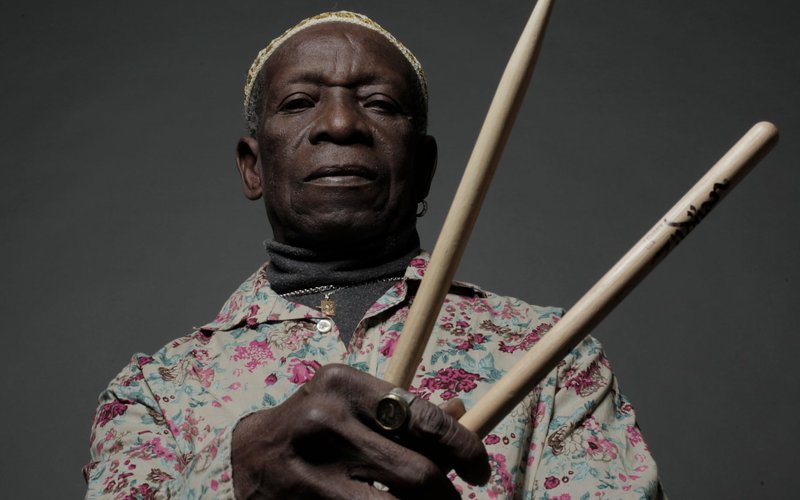 Pioneering Afrobeat drummer and Fela Kuti collaborator Tony Allen has died. The news was confirmed by Rolling Stone, no cause of death has been officially announced. He was 79 years old.

Allen was born in Lagos, Nigeria in 1940 and taught himself to play drums when he was 18 years old. Some of his earliest work was performing with Nigerian trumpeter Victor Olaiya and his band the Cool Cats, beginning on claves and eventually taking up the drum kit. Kuti approached Allen in 1964, offering him to audition for his highlife band that would eventually become Kuti’s famed Africa ‘70 band. Kuti was struck by Allen’s blend of jazz and highlife music.

Together Kuti, Allen, and the rest of the Africa ‘70 band would become foundational to the afrobeat genre, bringing together highlife, jazz, funk, soul, and fuji music. Kuti himself was quoted as saying, “Without Tony Allen, there would be no Afrobeat.”

Throughout the 1970s, Allen would perform with Kuti on a remarkable, prolific streak of albums that included seminal works such as Gentlemen, Zombie, Expensive Shit, Confusion, among many others. They’d record over 30 albums together before tensions mounted within Africa ‘70 and Allen began to turn his attention toward his solo work.

In his later life, Allen continued to be a spirited collaborator, joining Damon Albarn’s band The Good, The Bad, and The Queen as well as performing on records with Charlottes Gainsbourg, Sébastien Tellier, Flea, and more. His final work came out earlier this year with Rejoice, a collaboration with South African horn player Hugh Masekela.

Allen’s influence as a drummer and his contributions to afrobeat are unparalleled. Join us in remembering Allen’s life and work by revisiting some of our favorite moments from his career below.