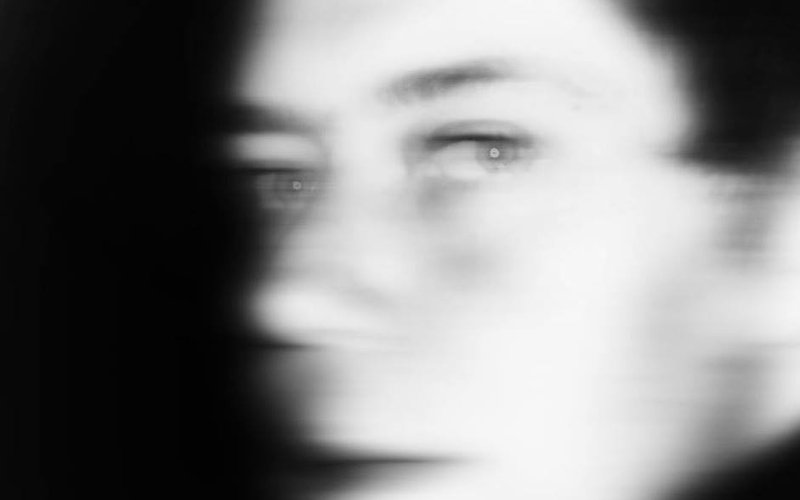 There are always plenty of blessings and curses that show up in life and one of them that has been apparent to me is COVID and music. You may have always experienced this, but as much as COVID took us away from each other, it also brought us together – especially when you add music into the mix. That’s how I met Szymon Golab aka DJ Transmittor of Wave Press Blog.

I was super impressed with his music and video recommendations that I was seeing online that I reached out one day to say hello and send him my show! After that, we became internet buddies, sharing music from opposite ends of the world. An opportunity came along to do the KEXP weekly mix around Halloween and I thought this would be a perfect time to tell the world about how cool Szymon is and the good work he is doing to bring an international community together, even though we are far apart.

Each of us chose seven songs that we liked and I brought them together in the flow that you hear in the mix. It was amazing to do this work with someone you vibe so much with, that you’ve never met in person! Magic!

KEXP: Who are you?
Hi. My name is Szymon Gołąb. I live in Warsaw, Poland.

It was created in the summer of 2013 due to the lack of place to share impressions after iamamiwhoami's first concert in Poland. In the beginning, it was a sort of "backroom" of a music broadcast “Transmission / Transmisja” that I hosting on the radio at the time. It kept getting bigger and bigger, until it became source of knowledge about “music with the suffix wave" for readers all over the world – even though I write only in Polish.

Currently, Wave Press has several chapters. In addition to album reviews, there are interviews with musicians available in written form and as audio and video recordings; gigs reports; specially mixed compilations of songs, presenting – in synthetic form – what is currently happening in music; and – of course – the latest music videos, for which you can vote in the "Music Video Of The Week" contest on Facebook marked with the hashtag #MusicVideoOfTheWeek.

There is also an extensive archive of my music broadcasts from 2010-2018. Wave Press is also a place where I recommend radio shows from all over the world as well as the releases of several, in my opinion noteworthy, music labels. Finally, an important part of the blog's activity are the annual summaries of what's best in music called the "Cold 20" – compilations of twenty albums, songs and music videos. Wave Press also provides information about concerts and festivals that are worth going to or (in current situation) worth watching online. I also have media patronage over many events all around the world.

The presence of Wave Press on social media is very important – it's mainly where I discover new music. Often these are quite exotic places, such as VKontakte ("Russian Facebook") or Ello – a social network used mostly by visual artists.

It all takes a lot of time and work. Wave Press is actually created by myself but sometimes my girlfriend, Alexandra, helps me. She has a phenomenal sensibility to make the mixtapes. Music has brought us together so much that we're planning a wedding soon.

Who is Wave Press looking to serve?
This blog is a place for anyone interested in the latest music emerging from the genres mentioned at the beginning of our conversation, regardless of where they live or what language they read. I also have a lot of visits from the United States, which is usually the third place – after Poland and Germany – from which Wave Press’ readers come.

It is worth noting that the music presented on Wave Press is the latest music. I'm almost completely uninterested in "classics and legends." The only exception I made this year was the return of White Door, a great classic synth-pop band from the UK.

How did you discover KEXP?
It was the summer of 2015, when the team from KEXP were in Poland at the "Off Festival" in Katowice, my hometown. During the series "KEXP Sessions" a performance of one of my favorite Polish post-punk bands UZS – Ukryte Zalety Systemu – was recorded. This concert is still on KEXP and YouTube and I like to get back to it. Words "Music that Matters" came to me and I became a loyal listener.

How did you and I meet?
We met quite recently on Facebook, I can't remember who wrote to whom first. This was on the occasion of KEXP's new schedule announcement, which included the show hosted by Sharlese, "Mechanical Breakdown". I listened to this show and said "this is it!". So I began to listen to it regularly and recommend "Mechanical Breakdown" to Wave Press readers.

How did you discover you were obsessed with music?
I think that was 1995. I remember that Siouxsie Sioux performed in Warsaw for the first time with the band and this concert was announced in the Trójka, the third program of Polish Radio, by DJ Tomasz Beksiński (son of famous painter Zdzisław) – then he was the only one who presenting cold wave on the radio. He also translated the lyrics of the songs into Polish. I liked the cool atmosphere of Siouxsie and the Banshees' first album, The Scream. That's when I started listening to cold wave. I remember that I even went to Puławy, where in the 1980s the band Siekiera played – only to feel the atmosphere of the place where "everything started." The fascination with cold wave returned with a new force as the genre began to refresh, and many new projects and labels were created. It could have been 2008.

What is your day job?
I am currently working at the Polish Radio Archive. It has one of the largest collections of recordings in Europe. Fascinating place!

What are some of your all time favorite songs?
That's the most important question! Sally Dige – This Life, Crystalline Stricture – Scorch, Scandroid – Salvation Code, Empathy Test – Everything Will Work Out, The Anxiety Of Love – Waiting to Die, Joy Division – Isolation, Siekiera – Ludzie Wschodu, Zanias – Idoru, Cosmo Cocktail – Aurora, ionnalee – Dunes of Sand (live in Fivelstad), We Are Temporary – You Can Now Let Go, Drab Majesty – Oak Wood, Fragrance. – Lust For Light, Deine Lakaien – Colour-Ize, Dead Can Dance – Return Of The She-King, The KVB – Into Life, Pill Couple – Feel Me, The Shortwave Mystery – Special Girl, Oppenheimer Analysis – The Devil's Dancers, The Rattler Proxy – Oscillation, Veil Of Light – No Flesh Around The Heart, Paradox Sequenz – Hart am Limit... But the most important is the first of all these songs – This Life by Sally Dige from the album Holding On (2017).

Tell us why you chose the particular songs for the podcast?
With this choice I wanted to evoke the diversity of "cold music," its different tempo and moods. In fact, a lot could be said about each of the tracks. Simona Castricum is the kind of synth wave rhythm I like; Vincent Saboteur & Jos Shepherd in Feeling Of the Way I discovered in the excellent compilation by ephemeral label from France, Confiné-e Records, one of the most interesting musical phenomena of the first pandemic wave; I am captivated by the ethereal expression of cold wave performed by SaD from Australia; Undertheskin from Kraków is, in my opinion, one of the best new bands in Poland; the album by Ukrainian duo the Glass Beads, from which the track Not Broken But Confused comes, may be one of the most interesting in cold wave this year; Transylvania Found Me is a welcome addition of "gothic gloom" performed by an American living in Warsaw; I Can't Breathe - in Memory of Eric Garner completes the whole thing with the message of Black Lives Matter.

Americans celebrate Halloween; what do you celebrate in Poland?
This time in Poland is defined by religious tradition. On November 1st and 2nd we celebrate Wszystkich Świętych and Dzień Zaduszny. This is the time when the worlds come together – the visible with the invisible, but without the scares (even the funny ones) as in the case of Halloween. The intermediaries in this connection are our ancestors. The dominant tone of this time is the silence, the image of it – millions of candles burning in cemeteries.

What has the pandemic been like in Poland?
Unfortunately, the second wave of pandemic also comes here in the Autumn. We have new sets of sanitation requirements almost every few days and finally getting to the people that they have to adapt to this situation. I feel most sorry for concerts, live music – the best cold wave bands from around the world have been coming to Warsaw for several years. This experience is now closed and nothing will replace it.

Anything else you would like to share?
Of course! Let me say something more about music videos included in this interview. First of all, a good music video accompanies good song. It is then an attempt to illustrate the meaning of sound transmission – by creating a separate quality and a separate field of art. The correlation between the rhythm of the image and the rhythm of the music (and the text of the song) is important. But the most important, however, is the theme of the music video and its connection to the theme of the song. The best music videos are like dreams and like them show the world. In terms of subject matter, good music videos can illustrate: the process of making music itself; avant-garde trends in the visual arts (graphics, painting, photography, film); metaphysical values; socially up-to-date content; "color of life": often surprising situations, everyday events, showing a person in relationships with other people and the natural world.

An example of a completely new quality, resulting from a pandemic situation, in which a concert becomes a kind of "puzzle" of music videos is "Konsert" by ionnalee performed as a live stream in September 2020.