Kruder & Dorfmeister are a legendary duo comprised of Austrian electronic producers Peter Kruder and Richard Dorfmeister, creators of blissed-out beats and iconic remixes. They made their debut in 1993 with the groundbreaking G-Stoned EP, and it was their 1998 double-CD collection of remixes The K&D Sessions that became a surprise underground hit, cemented their legacies as trip-hop and downtempo luminaries, and helped introduce the relaxed and seductive electronic sub-genres to a wider audience. 22 years after their seminal release, Kruder & Dorfmeister returned this year with new original music and their brand new full-length album 1995 just came out on November 13th.

Kruder & Dorfmeister's exclusive guest DJ mix for Midnight In A Perfect World is a transportive journey through their hypnotic, relaxing, and groovy aesthetic as they weave together cosmic house tunes from all over the globe with a consistently magnetic, exquisite, and immersive touch.

Listen to the mix and read an interview with DJ Alex Ruder and the duo below.

KEXP: First off, thank you so much for taking the time to connect, sharing insight into your new album 1995, and allowing music fans a peak behind the K&D curtain. 2020 has been an unprecedented year full of heartbreak, fear, anxiety, and constant unpredictability. While the world can certainly use some laidback music to relax to and drift away with during these chaotic times, I imagine the world and the music industry doesn’t quite look like anything you imagined it would when originally planning to put out this album. How has your life and plans around this album shifted with the COVID-19 pandemic?

Kruder & Dorfmeister: For the year 2020 we had already set up a world tour that would have lasted until autumn - for the U.S the Coachella festival was on the map and since we had very successful shows in 2019, we already were looking forward to do a tour of the U.S. again. A new visual team was already on board and when the effects of the pandemic started to kick in, our technical crew was suddenly out of work- that was and still is a tough situation- especially because it’s still completely uncertain when things are going to get back to normal.

Starting with the album title and continuing into the album’s 15 tracks, 1995 sounds and feels like a focused return to the inspirations and vibes that started it all for the two of you and your career. Was this reflection back to the 1990s an intentional decision and direction when putting together your first new material to be released in over a decade? In such a fast-paced technology-driven world, do you feel it’s important to reflect back on the past?

1995 is an album that leans into the seductive dub-heavy downtempo beats that were a significant part of your mid-1990s catalog. Did these songs originally take their initial shape decades ago? Or were these all songs that were created since your last official Kruder & Dorfmeister release in 2008? How has your sampling and production process changed or evolved over the years?

All the tracks from the album were done between 1993 and 1995 – we call it the innocent and pure K&D time- when we literally lived in our bedroom studios and did music all day and all night – no distractions or responsibilities – just music-making. And it was the as well the time when we learned how to do a track with just an Atari ST-1040 and an AKAI S-1100 Sampler that had only 20 seconds of sample time. Nowadays every notebook can do much more, but at that time you needed to be much more selective with what you do, because every programming step was much more of an effort. Today we have much more possibilities, but this initial idea of making loops and create a song around that is still around.

The album’s final two tracks – “One Break” and “Lovetalk” – struck me as a unique pairing to close out the record and hoping to pick your brains on the vision and inspiration behind these two tracks. “One Break” is an astoundingly epic 13-minute journey, seemingly the longest song in your catalog by quite a stretch. The song is split up into two distinctive parts, opening up with a beautiful downtempo beat rooted in dub/dubstep that eventually transitions into an amazing double-time drum’n’bass rhythm. This change in tempo is also mirrored in the vocal sample, which appears based off an auctioneer’s rapid-fire cadence that’s juxtaposed with the sample considerably slowed down.

I can’t help but think this song is a bit of an overview and reflection of the styles that have largely defined your legendary career – downtempo, dub, drum’n’bass. At the same time, it’s the only song on the record that goes into drum’n’bass territory. Curious if you can share some insight into this dynamic song and what it means to you?

Around 1995 we experienced the power of drum+bass in a club in London and we felt the energy strongly- from there on we played a lot of drum+bass in our sets – the style of our mix was well displayed a year later with the release of the DJ kicks album. One Break was initially conceived as a soundtrack to a Helmut Lang show in early 1995, he very friendly declined to use it and so the track went into the archives and stayed there until now. Unknown fact - Peter Kruder was the musical director of every single Helmut Lang show from late 1994 until the day Helmut Lang sold the company in 2005.

1995 is primarily an instrumental affair, yet the album closes with “Lovetalk,” a song that samples an audio clip of a woman named Sophia calling into a radio show to express her feelings that women should be more aggressive in their pursuit of romantic relationships. She states that “throughout time, the men have been the only ones who have been subjected to rejection. And it’s time that women be subjected to that too.” This struck me as an interesting message, especially on an album that doesn’t have any clear vocal messaging otherwise. What was the inspiration to include this clip in a song and why end the album with this message?

Sophia`s rejection talk was already as a cappella on the original white label in 1995–  we mixed the vocals with an ambient dub of Love Hope Change  in our DJ set in the 90s – so it felt right to do this as a smooth bookend of the album. We always liked her very strong sense of independence and that a woman should also get what she wants. This recording was of the radio in New York in 91’ and strangely like our music stood the test of time.

KEXP’s mission is to enrich a listener’s life through music and discovery. Through this dedication to discovery, we hope to introduce new artists to an eager listening audience and be early cheerleaders for artists in their quest for more fans and more success in the music world. Kruder & Dorfmeister’s initial rise in popularity is often credited to Gilles Peterson and his support of your debut EP (G-Stoned) on his legendary BBC radio program. How important has the support of radio been in your career? How do you view the value of independent radio in 2020 with the rise of new alternative on-demand streaming platforms?

The radio has always been important – especially Gilles worldwide show – when he played High Noon from our G-stoned EP in 1993 he supported us big time and opened us some doors to new connections – this eclectic mix of all different styles ( always with a touch of jazz ) just reflected our way of working – to fuse any style to create a new one… In Vienna in the early 90s there was Werner Geier ( the show was called Musicbox ) who had a strong influence on the music scene with his critical mind and his unique way of talking – unfortunately he passed away much too early, but his way of thinking is still in us!

The music world recently lost an influential DJ and massive champion of chill-out music with the passing of Spanish DJ José Padilla last month. He included your remix of Lamb’s “Trans Fatty Acid” on the 5th volume in his seminal Café Del Mar compilation series and later placed it on the Best Of - Café Del Mar release in 2003. As major figures in the chill-out and downtempo world, were you ever able to personally connect and cool-out with him? Any memories you’d like to share about José or thoughts on his influence on your success and the rise of chill-out music?

He was an exceptional ambassador of our sound – the Café del Mar releases had a strong impact on the people around the world and we were proud to be part of his movement. We never met him but we were always fond of his great selection and wide taste in music. There are only a few personalities in music that have such a wide spread influence. May he rest in peace and we say – thank you for the music Maestro!

The evolution of chill-out music has been interesting to witness over the past 25 years. The classic downtempo sound and the role of mood-setting background music has shifted and increased in popularity over the years, as witnessed by the explosion of “mood” playlists available on streaming platforms and the rise of “lo-fi instrumental beats to relax/study to.” Do you feel your music has played an influential part in these new styles of chill-out sounds that exist today? Do you have any go-to music/artists/albums to help you relax and chill-out during these unpredictable times?

By the end of the 90s the so called downbeat/triphop style was more and more watered down by semi-cool compilations overusing the word chill out – but we just continued doing music in our style and didn`t care too much about the “beats to study to” etc – all we wanted was to create music that is going to last.
It’s great that deeper music styles like ours have found a wide audience and to be actively nurtured by new artist streching the canvas wider than ever before. Our intention was always to be innovative a keep on discovering new ways to move peoples minds and their souls.

The KLF album “Chill out” was one of the blueprints for a so called chill out album and still stands as one of the best examples for a creative approach to mixing styles.

What’s next for Kruder & Dorfmeister now that the album has been released into the world? Any new material from solo or side projects (Peace Orchestra? Tosca?) that may emerge in the coming months?

There is new K&D material in the works and we’ll try to release some of that in the coming year – Tosca and Peace Orchestra albums are also in the making – we will try to find an organic timing for the release of these projects. But at the moment we enjoy the release of the 1995 album

Midnight in a Perfect World Mix and Tracklist: 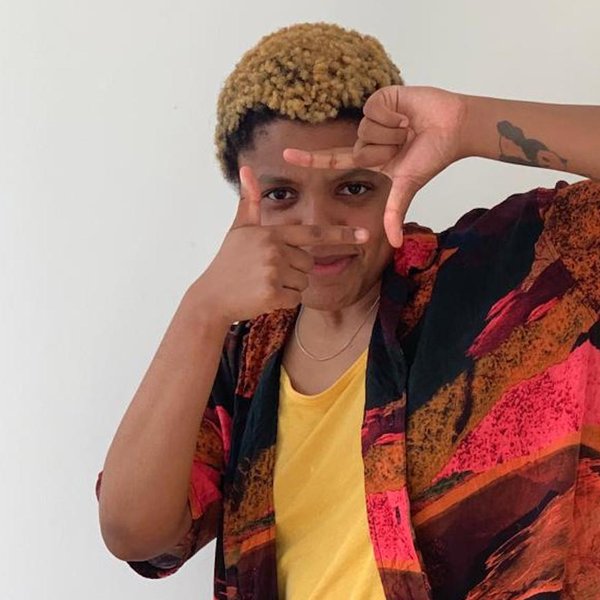 Emerging London-based electronic producer Loraine James follows up her recent 'Nothing' EP on Hyperdub Records with an exceptionally eclectic guest DJ mix for Midnight In A Perfect World. 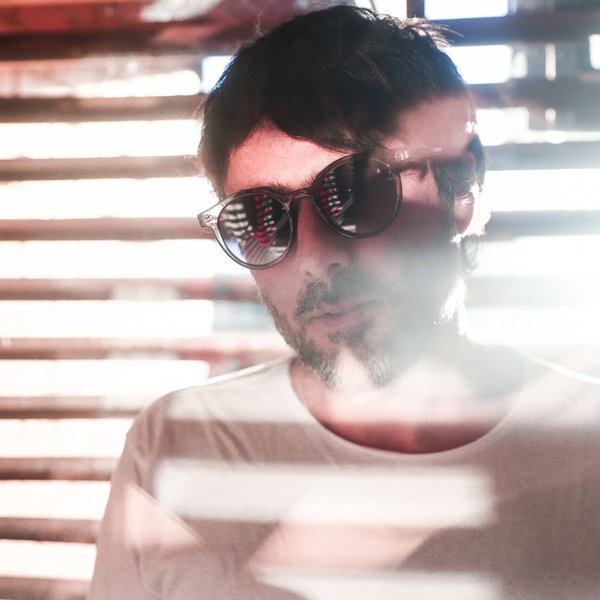 Midnight In A Perfect World: Simón Mejía of Monte and Bomba Estéreo

Colombian musician Simón Mejía of Monte and Bomba Estéreo weaves through hypnotic, organic, and global grooves on his guest DJ mix for Midnight In A Perfect World. 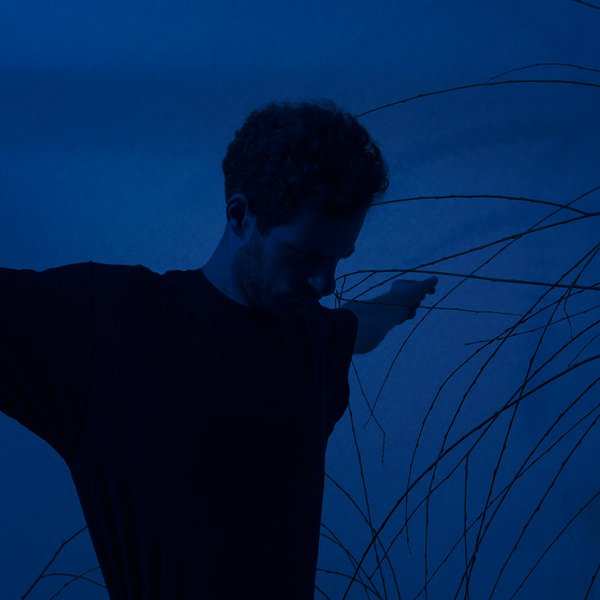 Midnight In A Perfect World: Photay