Sound & Vision: The Origins and Themes of The Highwomen 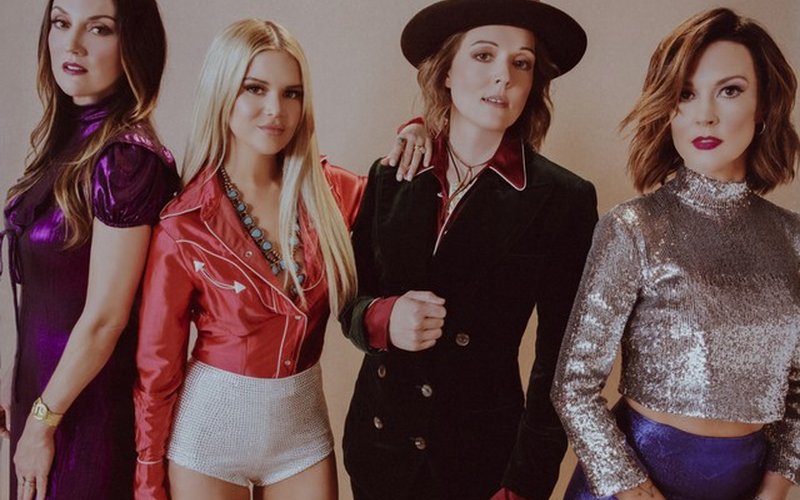 The country supergroup Highwomen recently released their self titled debut. The group, made up of Brandi Carlile, Amanda Shires, Maren Morris and Natalie Hemby, are a play on The Highwaymen – the 80s outlaw country group with Johnny Cash, Waylon Jennings, Kris Kristofferson and Willie Nelson. Sound and Vision host Emily Fox spoke with Natalie Hemby about the group’s start and gender parity in the country music industry.

On the origins of Highwomen:

This whole concept was actually Amanda Shires’. She always wanted to start a group, basically because of the lack of women in country music at the time. She was on a trip and they weren’t playing any women on country radio and she always thought it would be amazing to start a group called The Highwomen and she asked Brandi [Carlile] to be a part of that first. They took the song and, with the permission of Jimmy Webb who is the original songwriter of The Highwaymen, they took the song and they rewrote it but more as the ghosts of women who sacrificed – crossing border lines, fighting against racism, just any inequality type of scenario.

On gender parity in the country music scene:

Maren [Morris] said at best, she said ‘we don't want more, we just want the same.’ And there's a lot of amazing female country artists out there who are making huge waves. It's really hard for me because I write with a lot of female artists and they don't get the same treatment as some of the male artist as far as radio play and exposure. There are all kinds of excuses as to why that is. But, whenever I go and see Miranda Lambert play or Kacey Musgraves or any girl in country music for that matter – it's funny because the stadiums are filled with women. And so, I think what we're really trying to do is we're just trying to show people like – hey, women do support women. We buy women's records and we will sing their music.

On the themes of their single “Redesigning Women”:

I just thought we live in such a different day and age, even just from 10 years ago, things are faster paced. We have more things to take care of. I wrote this out of personal experience and I'm really no different than any mother – there are single moms out there who are taking care of their kids and working full time. I just wanted to write a lighter side of like, hey, how do we do it? We do it halfway right and we do it halfway wrong. I also wanted to make a point. I had the title, I've always wanted to write a song called “Redesigning Women” because I did love the Designing Women show for sure. I've got a lot of really awesome responses from different women like, oh my gosh, I feel seen and heard.

On the overall message of the album:

My favorite records are records that you put in your – I mean, back in the days of the CD in the car or tape and you take a drive. This is a highway record for sure. What I like about it is that it is definitely women's stories and songs – but it's not preachy. It's a timeless record. And I do like the fact that it does showcase women's stories and that sort of thing. But to me, it's not like in your face about it.