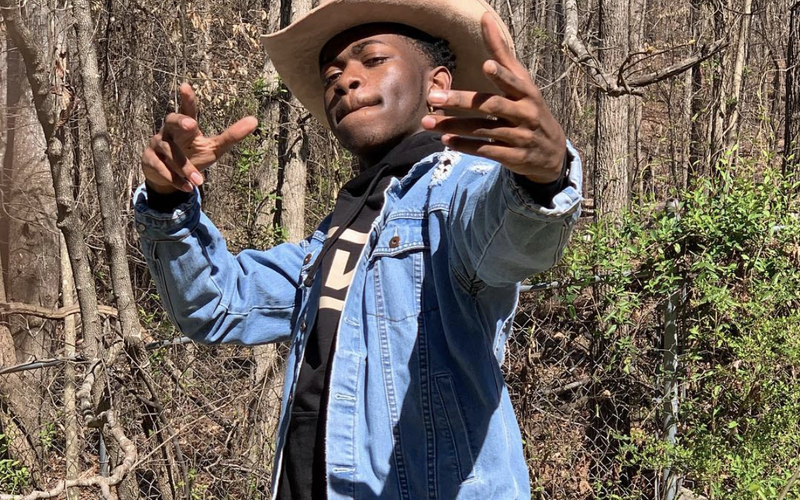 "Old Town Road" by Lil Nas X has been number one on the billboard hot 100 chart since early April. It’s now been there for 18 weeks. That’s two weeks longer than previous record holders.

Chris Molanphy is a pop chart analyst and host of the Hit Parade Podcast. He spoke with Sound & Vision’s Emily Fox when “Old Town Road” hit 17 weeks about what has made this song a hit as well as well as the controversy around the song crossing genres between hip hop and country.

On “Old Town Road’s” success on the Billboard Hot 100 chart:

What makes “Old Town Road” unique in the history of pop hits is how it became a hit. It was an unusual mix of a video game, a hashtag campaign, and an app – TikTok. There was a campaign called the “Yeehaw Agenda,” which was basically a celebration of the black cowboy. That was happening on social media right around the same time that Rockstar Games issued a video game called Red Dead Redemption 2, which was Western themed. And those two things kind of mixed together and inspired Lil Nas X to throw together this strange pseudo country record that he built out of a sample he found on the Internet – an adaptation of an old Nine Inch Nails song. He turned that into a country record where he talked about how he's got the horses in the back and he's going to take that horse to the old town road and then he dropped it on TikTok. And Lil Nas X helped turn the so-called “Yeehaw Agenda” into the “Yeehaw Challenge,” where folks were uploading their own short videos showing themselves flipping into western wear in these short videos while Lil Nas X's song “Old Town Road” is playing in the background.

All this was before he was even signed to a label, before he'd really necessarily been able to turn this into a regular song. That’s what kind of kicked off the whole thing. It was basically a meme before it became a song.

On how remixes of “Old Town Road” by K Pop stars, country musicians, rappers, and viral yodelers helped keep the song atop the charts:

The original version did get to number one on its own, but the Billy Ray Cyrus remix was really what kicked it into overdrive.

Then you started to see these remixes appear in July. One of them features the rapper Young Thug and a 12-year-old Mason Ramsey – who's known on the Internet as the yodeling kid.

And again, even when these new versus were added, they were just sort of grafted on top of the original recording – they were not full re recordings of the original tracks so each one aggregated points to the single entry for “Old Town Road” on the Hot 100.

On the controversy surrounding Billboard’s decision to remove “Old Town Road” from the Hot Country Songs Chart after one week:

Billboard put out a statement saying that the record did not have enough core elements of today's country music, in their phrase, for it to count for the Billboard [Country] charts. And of course, this has been the source of much controversy throughout its life. Frankly, I think you can argue it either way. It never took hold with country radio audiences, it definitely did get some airplay on country radio stations, but it was not requested heavily on country stations. But, of course, some of it was a bit dubious. I mean country music has an odd, spotty relationship with race. It's not as if there have been absolutely no black country stars, but it was admittedly not a good look for what has been colloquially called the Nashville industrial complex to collectively decide that this record was not country enough for it to appear on Billboard's chart. Billboard was probably caught in the middle on this one and they made a tough, and probably bad call, removing it from the chart. If billboard had allowed Old Town Road to appear on the Country chart it would have crushed everything on that chart for months.

On how crossing genres propelled “Old Town Road” to number one for 17+ weeks:

The cross-genre appeal and just the fact that this song was perceived as a capital E event made a huge difference in why it was such an enduring hit. I mean, for a moment, let's think about the three records that have all spent at least 16 weeks at number one on the Hot 100 – Lil Nas X has now spent 17 weeks he's just broken out of a three way tie. But, the other two records that spent 16 weeks at number one are Mariah Carey and Boyz II Men with their hit “One Sweet Day” from 1995

Despacito, a record that teamed up Luis Fonsi and Daddy Yankee – already from two very different quarters of Latin music – with Justin Bieber, who threw in an English verse.

In both cases, these are event records that are taking people from different corners of the music world and putting them together. And that's exactly what happened with Lil Nas X. It would have been a number one hit on its own if Billy Ray Cyrus had never come on for the remix. But, once Billy Ray Cyrus was on for the remix, the numbers that this song has been racking up in the last 16 weeks have just been staggering. That sort of event perception and the fact that the record is multi-genre to its bones really explains the deep popularity.