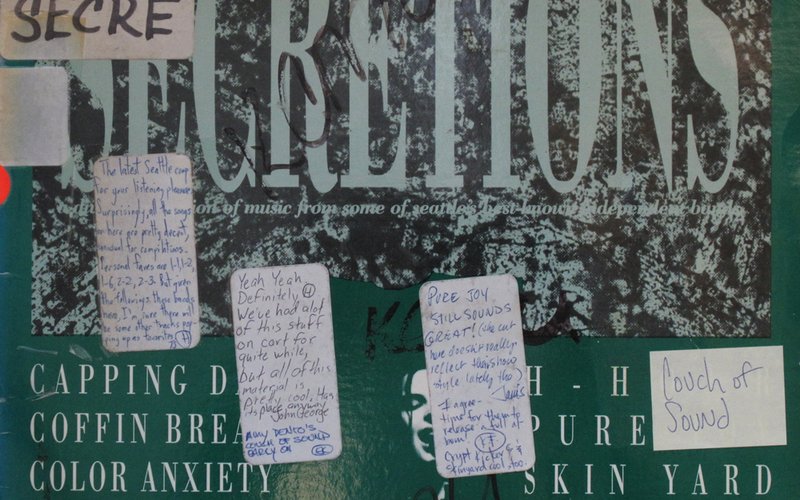 This week we have yet another treasure trove of Seattle rock history: The Jack Endino- and Patty Herlevi-helmed project known as Secretions, a compilation of the best and brightest in Seattle rock circa 1988. There are bands and artists I've covered here before, such as Skin Yard, Coffin Break, Pure Joy, and Amy Denio (who appears on at least three tracks). And there are many more bands I've never heard of, anyway — not that that means anything, as we've learned over the course of this series. 12 tracks in all, this appears to be a wonderful way to dip one's toe into the weird, loud, musical landscape of proto-grunge Seattle. I want one! (Oh look, here's the whole dang thing. You've done it again, Internet.)

In addition to the rather non-controversial DJ comments, I thought it would be nice to include Jack Endino's liner note for a little more background on the project, so without further ado, here's Jack:

Well, when you have a city exploding with musical talent but a lack of clubs to play in and a repressive atmosphere of cops, liquor board agents and general paranoid fear of everyone under 21, what do musicians put their energy into? They record, and then record some more. When they get tired of playing in bars, they make a record. All the bands on this record have played live in the Northwest for the past few years. In fact, this record was a cooperative venture, entirely financed by the musicians through benefit shows.

This project was originally concieved by Patty Herlevi as a way to draw attention to the issue of censorship, and simultaneously to promote some of Seattle's best original music. Censorship is more than someone's rating system for albums; it is the laws against postering which are only enforced against rock posters; it is laws like Seattle's Teen Dance Hall ordinance which effectively makes it impossible for anyone under 21 to enjoy live rock music except at huge coliseums (read: big buisness); it is the FCC threatening to close college radio stations for assuming too much enlightened intelligence in their listening audience; it is rock clubs closing down over and over because of selective police and liquor board harassment. Who can fault some teenager for trying to sneak into a club with fake ID to see a live band, when the only legally condoned forms of entertainment available to him/her are movies, TV and videos?

All this is censorship, though of a sneaky and underhanded kind, and the message seems to be that "rock music" is evil, untidy, and should be sanitized, sterilized, stamped out, or else society will rot. We are left with the pre-posterous situation that this record is the only way many people-young adults-will ever get to hear these bands.

Society gets the music it deserves. "Rock" music is not a cause; it is a scapegoat, and at worst a symptom.

We hope you enjoy this record. Any profit it generates — bloody unlikely, but we'll see — will be donated to anti-censorship organizations.

"The latest Seattle comp for your listening pleasure. Surprisingly, all the songs on here are pretty decent, unusual for compilations. Personal faves are 1-1, 1-2, 1-6, 2-2, 2-3. But given the followings these bands have, I'm sure there will be some other tracks popping up as favorites."

"Yeah yeah. Definitely H. We've had a lot of this stuff on cart for quite [a] while, but all of this material is pretty cool. Has its place anyway."

"I agree - time for them to release a full album!" 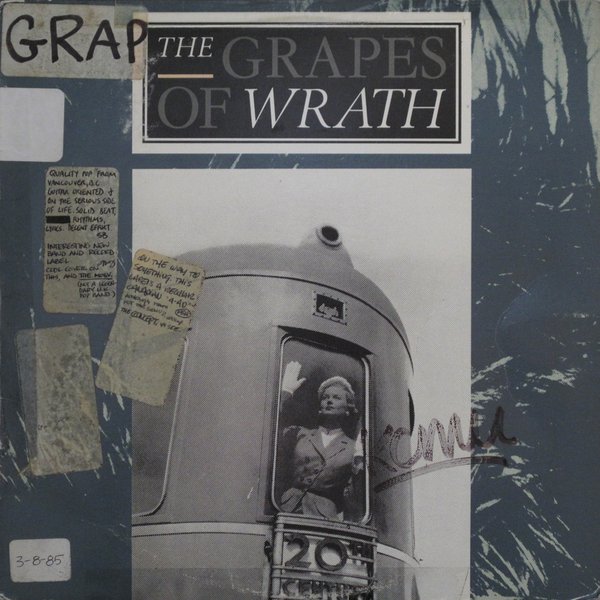 This week's Review Revue spotlights the self-titled EP by The Grapes of Wrath. See what KCMU DJs thought back in the day. 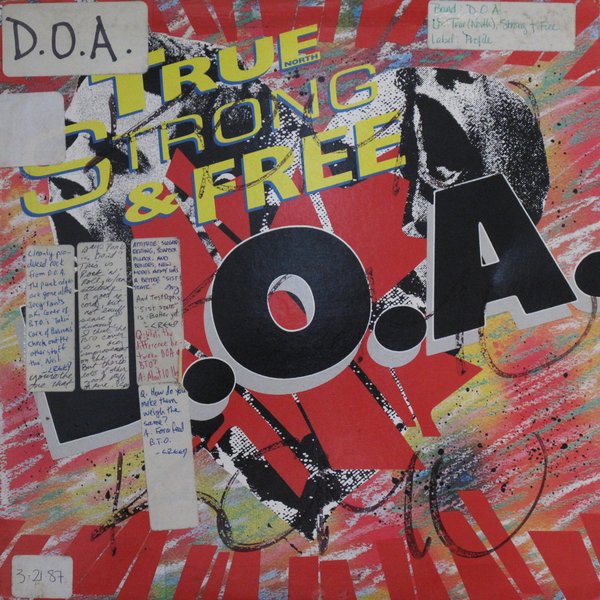 This week's Review Revue spotlights the album True (North) Strong & Free by D.O.A. See what KCMU DJs thought back in the day. 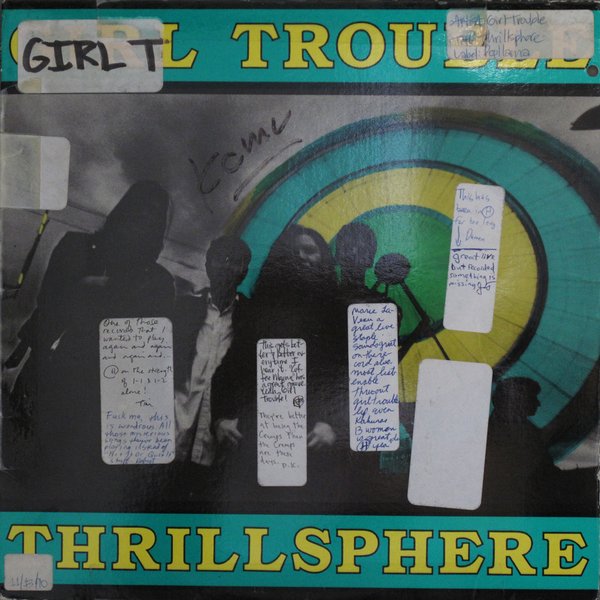 This week's Review Revue spotlights the album Thrillsphere by Girl Trouble. See what KCMU DJs thought back in the day.