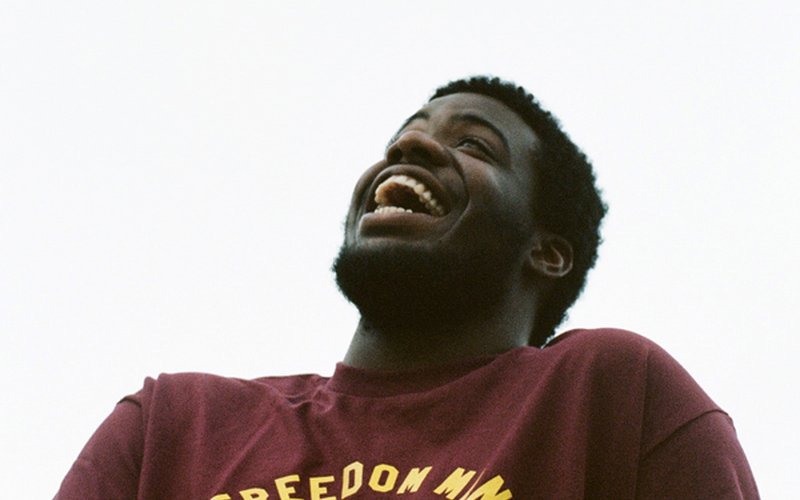 Few treasures in the world shine brighter than a mother’s love and acceptance. It sends us off the cliff soaring, kind of like how I’m told birds learn to fly, something like that. Mothers may not be afraid to call us out when we fuck up, they might disagree with our weed habits or our worldview, but when we shine like gold in their eyes, it could be the purest form of love there is.

At the end of tears of joy, a mother refers to her son Michael as her golden child, her blessed boy. I can’t pretend to know how MIKE felt after his mom passed away, even when he writes about scanning the obituaries for her name. Everyone deals with the grief of losing a beloved parent in their own individual way. I spent months without trying to heal myself through writing; I smoked weed and had sex in the throes of every short-lived fling I could wrap my legs around. tears of joy isn’t entirely explicit in mourning his deceased mother, but as grief does, it forms a cloud over his work, and by extension, his life.

MIKE receives a lot of guff from hardcore rap fans for being mainstream music media’s Non-Threatening Black Man of the Hour, and while I prefer my hip-hop with sharp teeth more often than not, MIKE’s aesthetic and the stories he tells resonate with me pretty deeply. First and foremost, to more white people than you think, every black man is threatening. I can attest to this through firsthand experience.

Secondly, MIKE writes eloquently about the psychic strain of having dark skin, he questions the effectiveness of organized religion, he writes about depression as well as any perpetually stoned depressive introvert in rap today (even ones twice his age). The beats he selects from others and produces under his djblackpower alias are blurry from indica smoke; his voice is a monotone murmur for the exact same reason.

Even the aforementioned, not-entirely-inaccurate assessment of the transatlantic rapper is more an indictment of his audience rather than the artist himself. MIKE’s youth (having released a number of projects over the past four and a half years, he’s still only 20 years old) contains a wisdom admittedly still being sought and earned but also possesses a poetic efficiency beyond his years. The repetition of his rhyme schemes becomes hypnotic, especially after two or three Dutch Masters.

The aural quality of MIKE’s music is often a point of contention with rap fans also, but the same thing goes on in music nerd arguments about rock music. There’s a difference between lo-fi for lo-fi’s sake and lo-fi adding a warmth, an immediacy, a touch of warpedness to the overall aesthetics of the music. MIKE shows its possibilities in rap. tears of joy is MIKE’s first release of 2019, taking a little time after helming four good-to-pretty-great projects last year and gaining an elevated profile due to his association with Earl Sweatshirt (who namedrops MIKE just as reverently as he does Ishmael Butler on his somewhat reluctant classic 2018 album Some Rap Songs). The project is also twenty tracks at 43 minutes long, which nears a significant percentage of the cumulative length of his work from 2018.

Remember how chillwave was essentially described as misremembered nostalgia filtered through tape hiss? The beats on tears of joy evoke a version of the subgenre weaned on old MF DOOM b-sides (the Earl Sweatshirt comparisons, while true, border on overused shorthand at this point) and a dog-eared paperback copy of The Crown Ain’t Worth Much. The flow is sketched thinly from the former, the themes of grieving, blackness, and the search for spiritual relief a distant psychic parallel of the latter.

In contrast to his soul-sampling forebears, he pretty regularly slows down his samples rather than speed them up, the BPM of tracks like “suffocate” meandering somewhere around 60. Bony fingers rolling weed, noise fading somewhere in the mix, as the sample blasts and drags on. Most of tears of joy’s most interesting beats come from MIKE himself, samples chopped with jagged ends and unexpected hiccups and flourishes. “take crowns” turns a breezy R&B sample into something foreign, yet still soothing and vibe-heavy, while “big smoke” is ambient and minimal, allowing his voice to stay low to the ground without feeling sluggish.

“goin truu” scans MIKE’s murmur a little more excitable than usual, but still in its monotone anti-glory, dulled from the spliffs he smokes to numb the pain of his existence. He adopts a double-time flow repping the motherland, stacking up rhyming syllables like Lincoln Logs (as per usual), patting his pot belly, fielding scrutiny from the government. The subtlety and grace in MIKE’s circular rhyme patterns augment the lightly drawn panoramas about life in the neighborhoods he grew up in.

MIKE raps with a blunted grace about weed smoke scarring up his lungs and being reluctant to trust; about his smoldering soul and how the way he grew up was “dumb foul;” about reefer numbing his emotional pain and the divine need to love loud; mothers growing wings and friends getting gunned down. Loose leaf paper serves as collateral damage on his journey. His mother on her deathbed, encouraging her son to build a closer relationship to his father, who urges him to not hang around fake friends. He flakes out of college to earn money, he struggles with writing because he’s distracted by grief.

On penultimate track “true blood,” sample like a flight beginning to touch down into its destination, finds MIKE reflecting on lost youth in the mirror, seeing pearls in his mother’s tears, sitting in church pews as a vaguely unrepentant sinner. tears of joy ends with “stargazer pt. 3” – featuring grand production by Navy Blue, the hip-hop alias of pro skateboarder Sage Elsesser – which spotlights MIKE at his most confident; outrunning his dreams; stressed out and pacing, steaming spliffs until his eyes get heavy. “Barely out of Brooklyn, but we dealing with the same shit,” he spits over the bleary horns. “Blessing and a curse when they throw you off the slave ship.” He evokes the barely young adult seeker, the runaway slave, the talented kid sorting through a heavy, heavy loss.

MIKE is playing this year’s Capitol Hill Block Party. Catch his set on Sunday, July 21 at 6:10 pm on the Vera Stage. Tickets are still available. 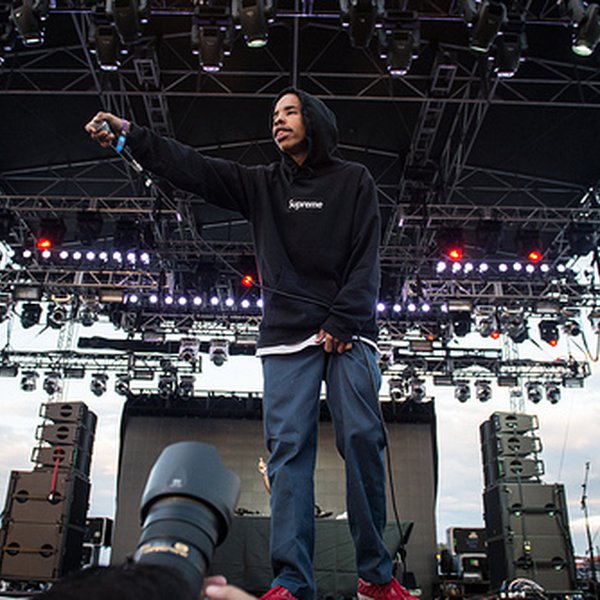 I might not have gotten on the Odd Future bandwagon back when it began, but that doesn't mean I was going to miss Earl Sweatshirt this year at Sasquatch. He took stage simply - his black Supreme sweatshirt (hood up of course), OF DJ Syd backing him up close behind. Lucky for the audience ("Hey Coac…