Lizzo on the Burden of Bearing the Body Positivity Crown

“First of all, your fingernails are the same color as my toes,” Lizzo says to me, interrupting me mid-sentence. It’s a kind gesture to abruptly change the topic towards the acrylic silver sparkles adorning my digits because I’m absolutely bombing this interview so far and need an out. Lizzo in 2019 is as close to God and true celebrity as I’ve ever been and while I felt calm and confident in the moments leading up to the interview, as soon as she sits down my mind completely blanks.

Last April, singer/rapper/flautist Lizzo leveled up in a major way when she released her third studio album 'Cuz I Love You. Riddled with messages of self-love and body positivity, the record has become anthemic and imperative to those struggling with self-worth. Just this week, “Truth Hurts,” a single initially released over two years ago, hit Billboard Hot 100’s Top Five, the official video for the Missy Elliott-featured smash hit “Tempo” has garnered 4 million views in a matter of days, and her Tiny Desk Concert has been dubbed a “must-watch” by CNN. Lizzo’s a star and it’s incredibly intimidating.

“Don’t ask me what they want you to ask me, ask me what you want to ask me. Ask me about my vibrators,” she proclaims after my bumbling attempt to ask her about being the figurehead and embodiment of self-love and body positivity. It’s absolutely a question she’s been asked a million times before but as a representative and employee of KEXP – “Where the Music Matters” – the thought to ask her about vibrators had not been considered for one of my prepared questions (although my curiosity is piqued).

The question of self-love lights a fire under Lizzo, who seems to feel it's a label she never asked for that's been placed on her head.

“I want to remain my own thing and I kind of want to be more so remembered for who I am and my music and not attaching myself to a hashtag or a movement right now,” she explains.

“We need to be holding hands. I don't need to be forced inside of the movement. So that being said, I don't feel a pressure to represent myself or body positivity or self-love or anything like that. I feel more of a pressure now to kind of remain autonomous and be myself and to be seen for me and not all of those movements. That's actually ironically the struggle that I'm dealing with. But it's not even a struggle. I'm blessed. Like I can't complain.”

It’s an interesting perspective and completely understandable. Body positivity shouldn’t be a movement, it should just be. Since the 2015 release of “My Skin,” written after an emotional experience during an interview where Lizzo was asked what physical part of herself she liked the most and was unable to come up with anything, she’s released track after track with lyrics celebrating herself and her beauty as is, dimples and all. It certainly shouldn’t be a political choice to love yourself but it’s a slow, long process to change societal norms and we’re still at the beginning of the journey towards accepting bodies of all shapes and sizes. So, whether she likes it or not, the movement is happening and she is its queen. The crown is just very heavy.

The only female artist bigger than Lizzo at the moment in 2019 is Beyoncé, which she points out at the beginning of the interview when I ask her about the likelihood of her latest record ‘Cuz I Love You ending up on a variety of year-end lists.

“I just put out music,” she humbly responds. “I put out mixed tapes, I put out projects and ‘Cuz I Love You is something that I kind of just threw into the universe and I hoped people would like it and people really love it. So I'm just kind of grateful for everything that's happened thus far.”

“I don't want to assume anything crazy,” Lizzo continues. “I don't want to get ahead of myself. It is making a lot of lists which is dope but my list is the one that matters the most. And you know I'm always gonna be number one on my list. Just me and Beyoncé with The Lion King album.”

Perhaps if we’re going to label Lizzo, it should be for her incredible skills as a flautist. I’m curious to see how many kids start taking up flute because of her and whether there will start to be a bit of disparity among the woodwind section of middle school bands. I’ve attempted to research this but the data has not yet been readily made available.

Talking to Lizzo about her beloved flute Sasha Flute, named about Beyoncé’s former alter-ego Sasha Fierce, and the flutes she owned previously excites and engages Lizzo like a mother bragging about her children.

“I've had the Mara Matsu flute, which is Sasha, since my senior year of high school because that was like my professional, going to college, take yourself seriously flute,” she reveals. “But before that my flute was fly. She didn't have a name but she had like gold accessories on the lip. For music nerds, that's the part where your embouchure blows into the instrument. But that was gold and it was a silver head joint with gold keys on it. It was very fly and I kept her until I pawned her for money because I was broke.”

While she may have pawned her prior incredibly flashy flute, she has a special relationship with Sasha (who has her own Instagram account @sashabefluting) and would never think to pawn her.

“I would sleep in my car and eat cardboard before I sold her,” she declares.

Talking about her favorite flautists also enlivens her. I’m not sure about you, reader of the KEXP blog and likely dedicated music fan, but my knowledge of flautists is dismally minimal. In this regard, Lizzo might be our best educator on the topic and a reason to delve into the history of the instrument. Like Joanna Newsom did with the harp, Lizzo is bringing flutes into the popular social consciousness.

“My favorite flautist growing up was James Galway,” she discloses. “He is like the flute player. He's the man with the golden flute. He had all these different flutes and I remember when I was little and watched his interview and he was like, ‘Well this is my platinum flute.’ And I was like, ‘This motherfucker got a platinum flute?!’ I thought that was so cool. I was like, ‘I want a platinum flute when I grow up.’”

While she can wax poetic over classical orchestral virtuosos like Galway, Lizzo admits she has little knowledge of contemporary jazzy flautists like Jethro Tull, who she’s often asked about.

“People be looking at me crazy when I don't know all that,” she admits. “I just know James Galway who plays like Briccialdi and ‘Carnival of Venice’ and it's very embarrassing.”

After finishing up our interview, she has two more before her 10:30 pm performance for Capitol Hill Block Party and it’s 9:30 pm right now. This was all after a fan meet-and-greet and recording a variety of videos dictated by her manager to promote the show. She also has a 7:45 am flight the next morning. If I felt overwhelmed, I can’t imagine how she feels.

The experience of bombing an interview and embarrassing yourself in front of an artist you love is not one that feels great, to say the least. My anxiety-riddled brain spent the next couple of days spiraling and obsessing over how I, a self-proclaimed Boss Bitch™, could have withered so terribly in the face of celebrity. Certainly, this is proof that I am not “100% that bitch” or even probably 25%.

But, ironically, listening to ‘Cuz I Love You exactly one time all the way through was enough to pull me out of the depths of anxiety and back to reality. Which is absolutely astounding that an album can do that much heavy lifting. Going from feeling like the tiniest bug to Beyoncé in the span of 33 minutes and 14 seconds is a transformation Aladdin couldn’t have wished for. Lizzo may not want the crown but she certainly deserves it. 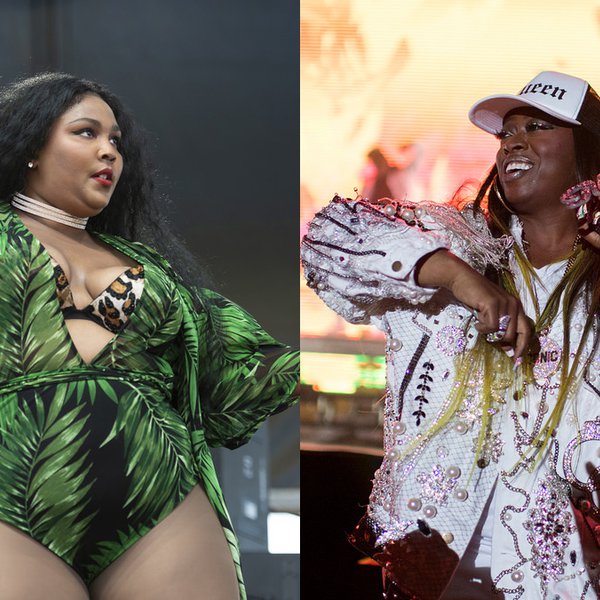 Lizzo and Missy Elliott Team Up for Body-Positive Anthem "Tempo" 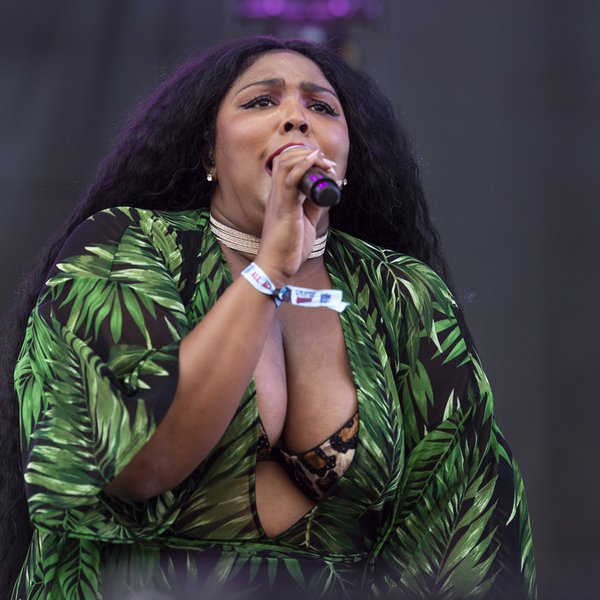 Lizzo Bares Her Soul In New Single "Cuz I Love You"