Singing In The Name of the Earth: Marcus Gad on Reggae, Life in New Caledonia, and Climate Change

If you've recently tuned in to KEXP on a Saturday morning during Positive Vibrations, you've likely heard Kid Hops or myself play an artist from the French territory of New Caledonia named Marcus Gad. Gad's 3rd release Enter A Space was recently issued on the independent, French label Baco Records and it incorporates sounds inspired by his travels to India and his love for Desert Blues music of Mali, including a feature by Losso Keita of the band Yelé from Burkina Faso.

Gad's gorgeous vocals, heavy dub instrumentals, and the spiritually grounding lyrics lead me to dig deep into his catalog, and now I play one of his songs almost every week on my own Thursday night show or whenever I fill in on Positive Vibes. I'm delighted to have had the chance to chat with Marcus on the phone about his island, traveling, and the inspiring messages in his music.

KEXP: You're native to New Caledonia but do you live in France?

Marcus Gad: Actually, I'm living between the two because I'm coming to Europe to tour every year in the summer so I'll be like five to six months in Europe and the rest of the year I'll be in New Caledonia or traveling around.

What languages do you speak?

French because, actually, New Caledonia is a French colony, so we all speak French even though there's 28 languages on the island. And then I also speak English because I've been traveling for a while.

I'm drawn to your music not only because of the meditative dub sound and worldly instrumentals but because your ideas and philosophies really make for a spiritually healing listening experience and they serve as a reminder that the more society moves towards a technologically driven way of life, the more it feels like we disconnect from nature and connect more to materials. Where do your ideas and philosophies portrayed in your music stem from?

Well, what I like to say is that, I'm just a vector for the earth you know, I'm just trying to spread this message that to me, I always say that I'm singing in the name of the earth because as I've traveled a lot these last years, the thing that touched me the most is the state of the earth and what we're doing with it. It's really important now, it's like the last call, we don't have much time to shift things and the way we're doing everything, so for me it's really a focus to tell people about it and I really believe that this revolution that we have to go through with the spiritual one, I think the problem is in the heart of mankind, that we don't understand the preciousness of what we have in our hands. So this is why my philosophy through the music is to take the people into these deeper realms of the self and understanding oneself and who we are and where we come from, and this will automatically connect you to the earth you know, and to the natural cycle, and I think this is what we need to tap into now and get back to this natural rhythm.

New Caledonia is a gorgeous island in the South Pacific Ocean with the largest Lagoon in the world and a massive barrier reef surrounding the main island. It's also home to many different native tribes. Is the island experiencing the effects of climate change and if so in what ways?

Yeah of course. This is one of the other things that made me want to sing about all this is because I think most of the people in the big cities and the big countries, they don't really get a sense of what's really happening because they're not in touch with it. So you hear about climate change and the rising of the waters and everything, you hear about that on TV, but if you're walking all day on concrete there's no way you're going to pick it up and actually figure out what's going on. But on the little islands, we've seen the beach where we used to swim when we were kids and we've seen the reef go back and back and back and the coral is dying. We can see it, it's a tangible reality in front of us. I think the Pacific Islands were the first ones to get a sense of it because a lot of the islands are just flooded up, and they're disappearing. So it's like we have a first-hand experience of what's actually happening.

How do the native tribes feel about all that?

Well, you know I think they're like every native tribe on the surface of this planet right now, they're just trying to hold what's left and to preserve it, but the forces that are against us are so strong. But still, I mean New Caledonia is still very well preserved and I want to have a positive outlook on it because I want to think that everything is going to be alright. We're quite far out in the ocean so we're still preserved from a lot of what's coming from outside. But I mean, everybody's touched, ya know?

Your latest release, Enter A Space has a common message throughout it but musically each song is quite different bringing some Indian and desert blues influences which you attribute to your travels. The stunning music videos for "Live Up To The Day" and "River" were both shot in India. What is your connection to India?

Well India was one of my first journeys that I took when I was, I think I was 18 or 19 years old, and for me and for many other people I think it's an eye-opener because India, you know it's such a diverse country, like in a sense it's really poor, when you go there you're going to see a lot of nasty stuff, but in the midst of that you have this like millenary spirituality that you can only find there. And I think one of the teachings that marked me the most in the Indian philosophy is what they call Advaita Vedanta which is a five-thousand-year-old philosophy about non-zoology, so it speaks basically about the immortality of the soul and the fact that the physical experience is just a transition and everything that's material and physical will perish, but the soul and the spirit, they're things that are forever, they're never born so they can't die. For me this philosophy really touched me to the bottom of my soul because I suddenly felt like, alright I can feel it in myself, it sounds real and so I really wanted to spread that, and as I was saying just before, I think if people can reconnect with that, then it'll make everything more simple.

Did you grow up playing music at a young age or were you trained by anyone?

No, not really. I picked up my first guitar, I guess I was 14. And then I went on from there. I always was attracted to music but I didn't really have a musical family or anything.

How did reggae music reach and inspire you?

Well I guess that was coming from New Caledonia because you know, we're brought up to reggae that's all we hear on the radio, on the TV, it's really popular on the island. Not many Jamaican artists coming to New Caledonia when we were younger and also, you know reggae is a militant music, it's really about speaking for truth and freedom and to me music was always about that, it wasn't really ever about having fun, it's always been about spreading this message of consciousness you know, there is a lot of spiritual music but reggae has got this thing to the almighty and to me it's always been about that.

Who were some of your biggest inspirations musically?

Musically, well I think people who know Midnite and who know my sound know that I've been greatly influenced by Virgin Islands music. And of course, all the oldies, the roots reggae from Jamaica of the 70s and 80s, music coming out of Jamaica. But, really, I listen to all sorts of music, I love any kind of world, traditional music, I listen to a lot of traditional music and rhythms because this is where I find most of my inspiration.

Traveling and playing festivals can be chaotic, how do you practice staying grounded on a busy tour schedule?

That's a good question actually because it's really some kind of a rhythm right? Because we don't know when we are going to sleep and we always have to wake up so early to go to the next venue. So, what we practice we really have to be disciplined you know, and for me, it'd really be like what I eat, what I put into my body and how I manage my sleep time because you have to be disciplined. People think, you know them rock stars, they're partying every night and stuff but it's not really like that, you have to take care. So for me, it's really what I eat and what I put into my body during the tour is really important.

Hopefully you'll make it here to this part of the world...

Yeah, hopefully, we're coming next year, we're planning on coming June and July next year, so there is nothing confirmed for now but we're seriously working on it.

Is there a full-length album on the horizon?

Yeah, actually, I'm gonna release an album by the end of the year alongside Zion I Kings, they've been working with Midnite and a bunch of other artists. So the album is done recording so it should be released by the end of the year hopefully. The videos are shot, everything's ready. And also, in October I'll be entering the studio with my band Tribe and we'll be recording our second album with the band. So yeah, many things coming up. 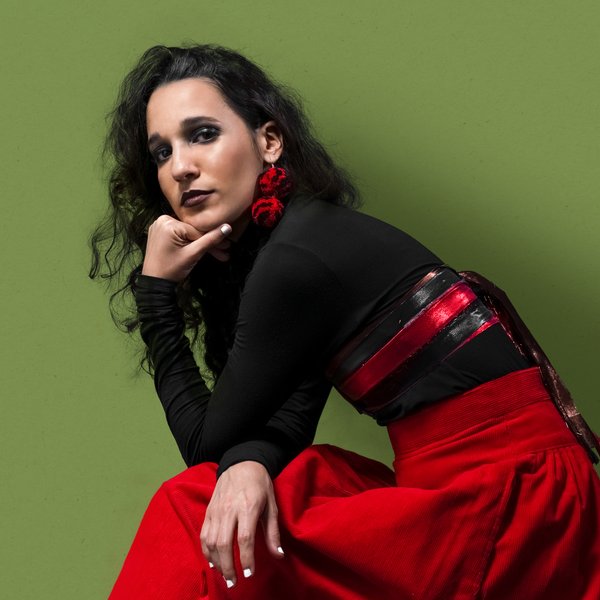 The Puerto Rican artist weighs in on the political environment of her home country and how it inspired her latest LP. 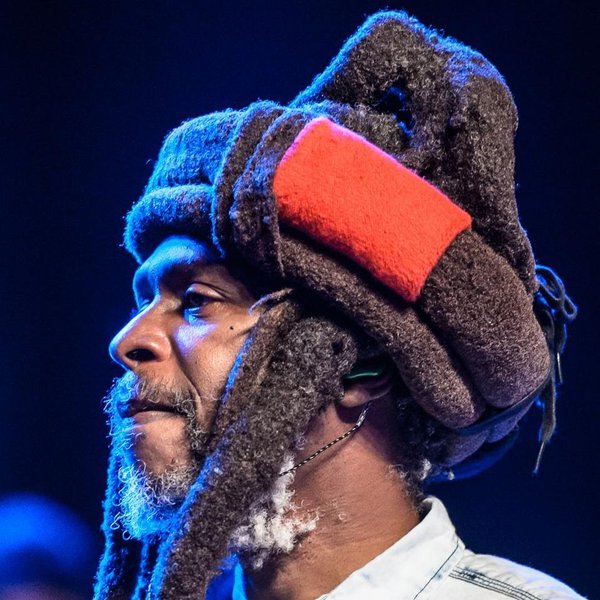 David Hinds of Steel Pulse talks to KEXP's DJ Miss Ashley about their first new studio album in 15 years, what it's like to tour after all these years, and more.