Ghosts of Seattle Past 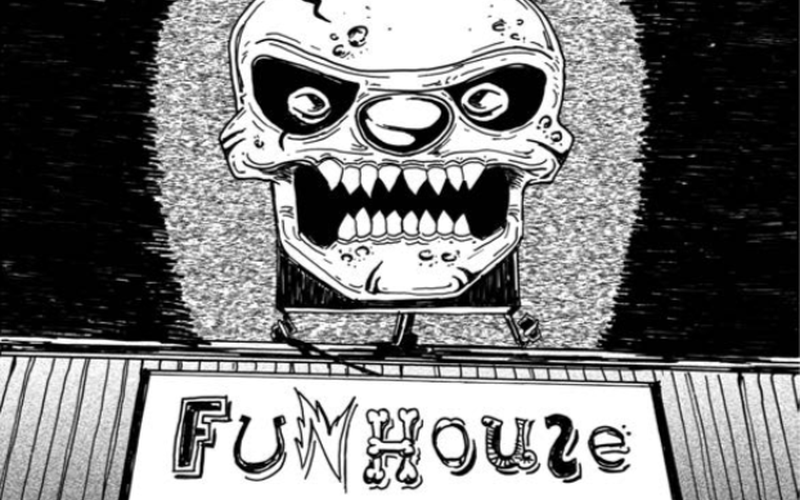 KEXP is celebrating Independent Venue Week, a tribute to small, non-corporate-ran music venues around the country. As we raise a glass to these clubs, we're also taking a moment to pour one out for the venues that have closed down and are gone forever. We've teamed up with Ghosts of Seattle Past, an interactive art installation and anthology curated by author/editor Jaimee Garbacik, to look back and remember some of Seattle's former independent clubs, like the original location of The Funhouse (which has since relocated to share a space with El Corazon).

It’s one a.m. and I am past deadline. Listening to a mid-80s seminal punk band and the godfathers of garage rock in the same playlist, trying to write some shit about the Funhouse.

It is funny, because to the average person, those two bands don’t fit together at all, and yet, in the spirit of this piece I am writing, they are like that pair of winter gloves you put on for the first time in a year. It doesn’t seem like they should fit, but they are so comfortable once you actually get them on.

I was an unofficial employee at the Funhouse from day one. I ran sound there; I booked shows, meetings, and cooking contests there; I had business meetings, casual encounters, and wakes for dear friends there. You might say it was a second home.

In 2003, my friend Bobby Kuckleburg, a couple of old punks, and a couple of “silent investors” bought the place from the less than completely stable lottery winner who had been operating it for some six years as Zak’s 5th Avenue Saloon. Prior to that, the building had been run as Tex’s Tavern since 1936, where I personally played a punk show in the early 90s.

For years, I was a touring musician, and I’ve played hundreds of clubs across the country, in nearly every state. Some fantastic, some adequate, many horrible. Funhouse didn’t have the best amenities (stage, lighting, or food), but they had something else, a rare sense of being at home for everyone.

Funhouse worked under a unique concept that is long forgotten in the music and bar industry, and increasingly scarce in Seattle as a whole: Everyone is starting out at some point, and everyone needs a chance at that level, to grow.

They embraced failure. They took chances on things.

Most of the bar staff that worked the first couple of nights were still employed when the bar closed on Halloween, their eight-year anniversary, in 2011. They were amazing under imperfect conditions. They were always all in it together, good times or bad.

For those that haven’t worked at a bar, it isn’t all glamour. Things go wrong quickly. One person gets thrown out, and threatens to come back with a weapon, or just plain stabs someone (D.I. show, 2007). Or someone might start grabbing road signs and try to smash out the windows and challenge the staff to come outside (Poison Idea, 2010). Point being: Unavoidably, chaos will erupt, but if the staff can work together to handle it, that says a lot.

The interior décor at Funhouse was all over the map, from ceilings covered in fishnet stockings, to fantastic creepy clown paintings (most created by longtime bartender Holly) to show posters and photographs of bands that had played there. The back parking lot was filled with skate ramps, fenced off with a beer garden and all-day parties with bands, BBQs, and dunk tanks all to raise money for musicians in need.

But many clubs have cool dive décor, so what was it about the place that made it special?

Was it the gruff yet welcoming environment? It was so welcoming, in fact, that booking agent/co-owner Brian Foss would give almost any band the chance to play there, at least once. No matter what. He made it a breeding ground for experimentation. Music and art. Not just punk rock. Rock, noise, garage, folk, hip-hop, electronica, jazz, burlesque, roller girls, belly dance troupes, car washes, skateboard rallies, comedy shows, cooking contests, four-star fundraising dinners, wakes and weddings. Each of which I attended at least a dozen times there.

Was it the people fucking, shitting, and living in the alley along the wall between the venue and the law office next door?

Was it the basketball court/smoking lounge outside, sharing a thin fence with a McDonald’s that constantly supplied drama? The occasional gunfights at closing time in the McDonald’s parking lot?

The green room that was completely covered in show posters, its vent to the outside that created a loophole in the law and allowed people to smoke in the green room after the smoking ban took effect in 2005?

The time someone drove their car into the building and took out one of the front bay windows?

One Halloween, there was a guy dressed up as a banana. Someone came in dressed as an ape; naturally the ape started chasing the banana around. They didn’t know each other, just went with the gag. By the end of the night, they were drinking together, sharing stories of playing in their separate bands, and have since become good friends. That’s the sort of thing that happened at the Funhouse, just organically, because of the vibe.

Or maybe it was the unofficial mascot: The creepy clown sculpture that welcomed everyone to the place was dubbed Spike. He leered from the venue’s highest perch, looked right at tourists who had just jumped on the monorail at the Seattle Center for a ride. It was sometimes the first thing they saw of our Downtown.

At one point, a group of people tried to steal Spike. They climbed up on the roof, tied some ropes around him, loosened the bolts, and immediately found out that the thing weighed about seven hundred pounds. It fell to its death on the ground outside the front door, splitting like Humpty Dumpty into about fifty pieces. I was the one that found him, at seven in the morning walking to work.

A new Spike was built, and reclaimed his spot atop the roof looking over the city.

Was it the crazy shows with live robots playing alongside only one human (Captured! By Robots)? Giant bands playing the little club to a crowd of only a couple hundred people? The young energy and excitement of bands playing their first shows?

I spent many a night there, working, networking, hosting friends from out of town, and sometimes just hanging out killing time. I saw thousands of bands.

This was all right under the nose of the Space Needle. It was the polar opposite of Belltown’s sterile dance clubs and Pioneer Square’s overpriced tourist traps.

The Funhouse building was one of the first casualties in the new round of property sales in 2011. The owner offered the building to the Kuckleburg and Foss to purchase, but if only they wished to spend four times the appraised value of the land. Just like that, the building was sold out from under the venue’s management, and they had to vacate.

The last night at the Funhouse was packed; there was a line around the block to get in. Brian tried to book every employee’s band to play that night as a farewell show. Most of them did. After Glenn or Glenda (the genderbending Misfits cover band) played their last show ever, a marching band crashed the party and played a couple songs. It was so random, so appropriate, so in line with the way the place had been run for the last eight years.

I think for me, it comes down to this: In this town — that is sometimes so cliquey, so isolating — there was a feeling at the Funhouse that there was no reason different groups shouldn’t be in the same place at the same time. It made sense for rockers and mods to play the same show. Touring pop bands would play with industrial noise bands and get along just fine.

That is what is so special about so many of Seattle’s lost spaces, is that we each remember those crucial spots that took us in, treated each person as a solid human, no matter if they were there for the first time, passing through for a night, or establishing lifelong ties with what would become their family. At the Funhouse, everyone was family. Even if most of them were the weird uncle.

Ghosts of Seattle Past, the anthology, is out now via Chin Music Press, available direct and at Elliott Bay Book Company. 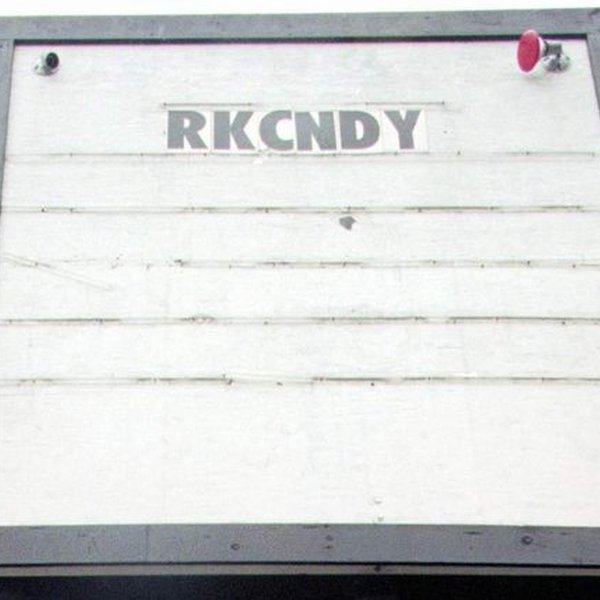 In celebration of Independent Venue Week, KEXP shares an interview with Gaylon Henry (a.k.a. StreetNative) about old Seattle venue RKCNDY, originally published by Ghosts of Seattle Past. 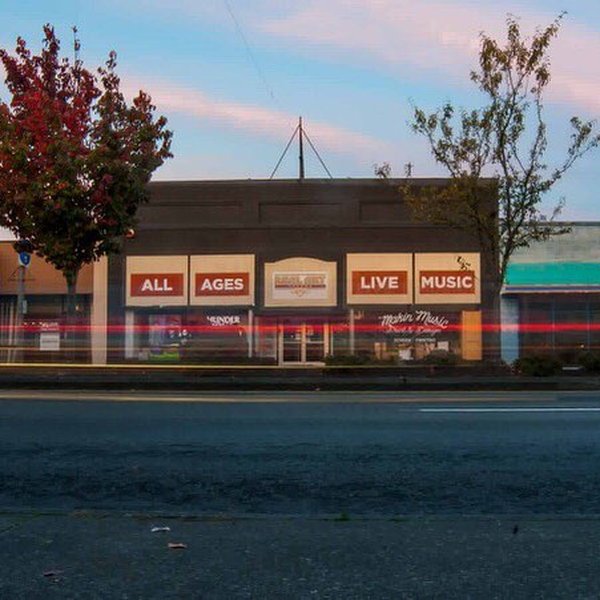 A quick glimpse at a few of the venues bolstering Tacoma's scene, plus a short interview with Real Art Tacoma. 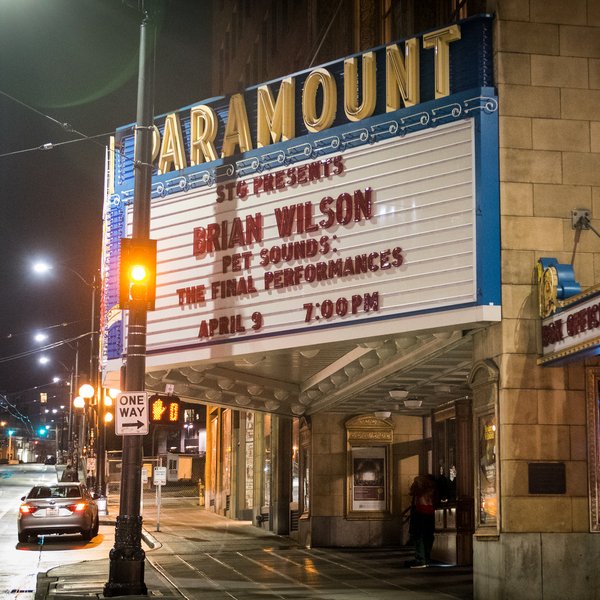