Gorgeous, renovated McMenamins Elks Lodge is less than two weeks old — a dramatic example of Tacoma’s changing face. The 1916 building (designed by É. Frère Champney, and listed on the National Register of Historic Places) is the latest in the Portland-based McMenamins empire of grown-up theme parks.

Tonight’s performance is the first to sell out the new venue; the ornate Spanish Ballroom smells of fresh paint and artisan ale. Inside is a Melvins-lovefest, with all the beer, beards, and black band shirts to prove it. Much of the facial hair is gray, underlining the headliner’s enduring appeal. We're only 79 miles from Aberdeen, WA,  where grunge-lore tells of early Melvins rehearsals before a dumbstruck Kurt Cobain.

Wizard Rifle is a last minute addition to the bill. A shirtless two-piece made up of co-vocalists Sam Ford and Max Dameron, on drums and guitar respectively, the twin wizards conjure the kind of lung-searing artcore KARP minted a few decades back. Wizard Rifle updates the template, adding dashes of post-millennial claustrophobia and a welcome intellectualism to its doomy brew. Portland’s Holy Grove has gone from strength to strength over the past few years. The quartet trade in the brand of trad-stoner metal that’s all the rage and outshines 99 percent of its peers. "Sabbath fronted by vintage-Ann Wilson" is easy shorthand, but there is much more happening in Holy Grove’s heady grooves. Vocalist Andrea Vidal is a dynamo: an authoritative, black-clad presence alternately gracious and ferocious. Vidal evokes Coven’s Jinx Dawson as much as Ronnie James Dio, while bassist Gregg Emley ― of low-slung Rickenbacker and nearly waist-length locks ― provides the bright yang to the singer's yin. Tonight, Emley sports a Jane's Addiction shirt, hinting at Holy Grove's ‘90s psychedelic heritage. Bolstered by Trent Jacobs, a tasteful guitarist from the Iommi-academy, and powerhouse drummer Eben Travis, there is elemental energy at play here. The band's moniker is an apt metaphor for its earthy magic. Main support act Helms Alee has dispatched idiosyncratic metal for more than a few moons. Along the way, they’ve earned peer respect and a solid fanbase. Their latest release, Noctiluca (Sargent House, 2019) is a genre-demolishing masterwork that blends the trio’s trademark tribalism with haunting harmonies. Somehow both angular and melodic, Helms Alee pairs stoner rock’s mind-expanding qualities with post-punk dissonance. Cliches are not welcome here. "Spider Jar" banishes metal conventions in wave after wave of neo-psychedelia then lifts off into a chorus straight from Galaxie 500’s playbook. The band closes with a Melvins cover, “At the Stake” off Stoner Witch (Atlantic, 1994), setting the stage for the onslaught to come.

With mainstays Buzz Osborne and Dale Crover currently supplemented by Redd Kross bassist Steve McDonald, there is a lot more LA in the Melvins' mix these days. (Osborne has called Southern California home for years.) Still, right off the bat, the band nods to its regional roots. Before playing a single note, McDonald pulls back his white suit jacket to reveal a vintage Melvins/Nirvana gig flyer on his shirt. Opener "Hooch" from Houdini (Atlantic, 1993) sets the tone. From there, the band cherrypicks from its bottomless discography of experimetal classics. Osborne, in medieval-style surcoat festooned with winged crown, bellows as if 1991 never ended, his voice and guitar still as thick as cough syrup. Then there's Dale Crover — certainly the burliest beatmaker ever to rock a headset mic. Tonight, he unpretentiously demonstrates who wrote the book on alternative drumming from which so many have ripped pages. Behind the polished veneer, the band remains as twisted and lumbering as ever. In short, it's still the Melvins: bombastic, tricky, reliable as Seattle-rain but never predictable. They segue from the quirky “Edgar the Elephant” into a cover of "Sway" by the Rolling Stones. McDonald takes the mic for the latter, the song’s subdued menace a good match for the band’s hulking approach. By the time they kick into "Anaconda” we're watching a band in full control of its sound, catalog, and legacy. In fact, between the Melvins and the formidable openers, tonight is both Northwest metal primer and an inspiring look forward. Perhaps the Melvins have finally achieved the purest distillation of a career-long obsession with KISS. (Remember, this is the group that once released simultaneous solo albums in tribute to that makeup-wearing foursome.) You wanted the best? You got the best.

Ari Rosenschein is the author of Coasting, out now via Pen Name Publishing. He is also a member of the bands The Royal Oui and STAHV, and is a former KEXP employee. 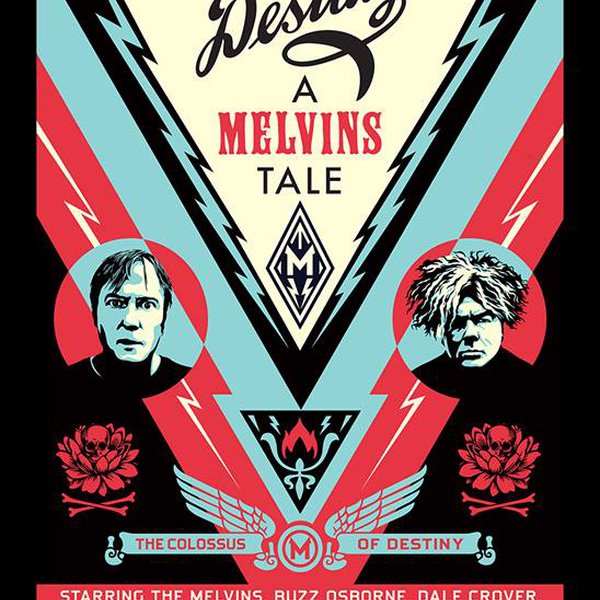 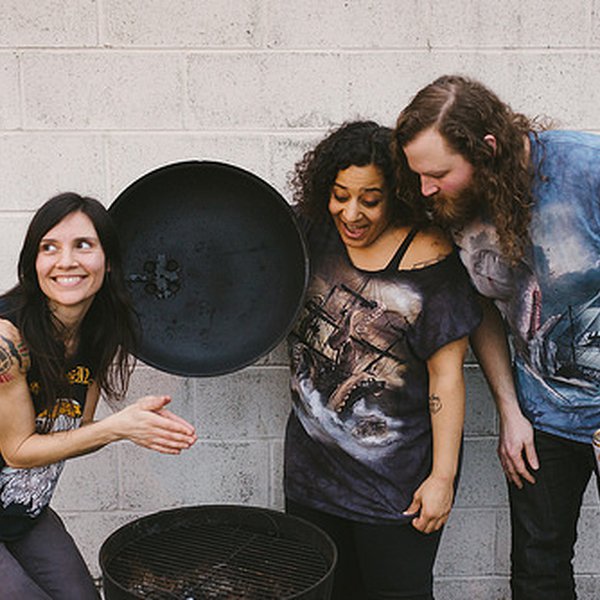 For just three people, Seattle metal trio Helms Alee make a big noise. Performing tracks off their third album Sleepwalking Sailors, they rocked the KEXP studios with their pounding rhythms, insistent vocals, and heavy guitar riffs. How do they do it? "We don't use our heads, basically," laughs dru…