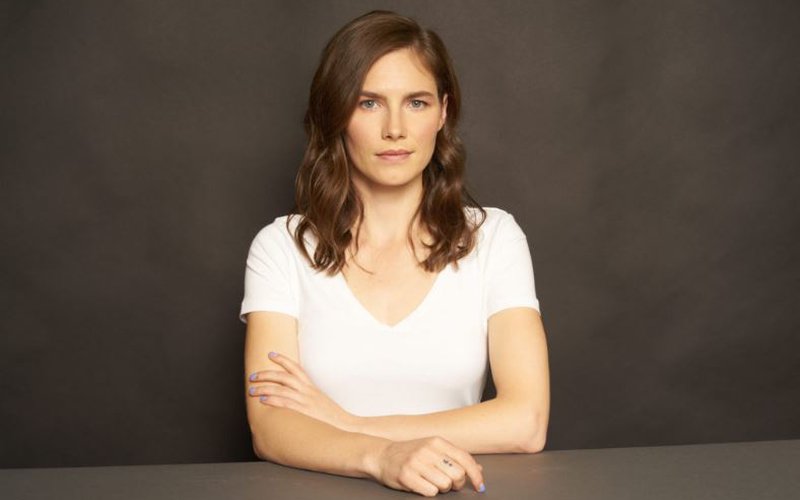 This week on Sound & Vision, we’re focusing on stories of those who have been wrongfully incarcerated and the music that got them through prison and life after they were released.

Like, West Seattle’s Amanda Knox. Her case was the subject of a 2016 Netflix documentary. She spoke with KEXP’s Skyler Locatelli about how music got her through life in an Italian Prison.

Amanda Knox: I was studying abroad in Italy when I was 20 years old and very shortly after I started taking classes, one of my roommates was murdered in our apartment and I was arrested just a few days later after I was interrogated for 53 hours. It's a long saga, but this prosecutor got fixated on the idea of me having taken part in some kind of sex game gone wrong, when in fact all evidence pointed to this local burglar just breaking in and raping and killing my roommate.

KEXP: When you first got to the Italian prison, you were in a solitary situation for a period of time and you mentioned singing gave you a source of comfort. Can you tell me about that?

Yeah. It was a very stark contrast that I was shoved into. This prison was a very, very foreign and strange place for me. I was in isolation for one thing, so I didn't have access to people, I didn't have access to my family, I didn't have access to anything that was normal to me. All I had were the clothes that were on my back and my voice. And so to comfort myself in this very scary and confusing situation that I found myself in, I just fell back on what was familiar and I sang songs to myself, just to feel like me and feel like I had something to hold on to. And so I sang like all the Beatles songs and I sang Dido and I sang Happy Birthday. I was singing anything that I could remember the lyrics to, because I, honestly, was just alone all day, just alone with no one to talk to, not understanding what was happening to me, feeling very scared, and just needing something nice, so that's what I did.

And I really latched on to the lyrics, you know, like any kid who's going through something really hard. Like "Let it Be" became my mantra for a long, long time because I had to, at a very young age, very suddenly grapple with the fact that I had no control over my life, that these greater forces were just pressing down on me, the earth as I knew it was crumbling underneath me, and I had nothing to hold on, to so... [singing] "Let it be / Let it be." [laughing] Like, hang on. And that's what people were telling me. My mom was saying like, "Hold on, we're gonna figure this out but for right now just hold on."

Did others start to hear you sing?

Yeah, thick bars, but thin walls. So before anyone ever knew me in the prison — I was in isolation for eight months — people got to know my voice. We were in cells and I wasn't allowed to talk to anyone but I was in this long hallway where all these barred doors were and people could yell to each other through the hallway and people would yell requests to me after so long of hearing me sing. They really, really liked Dido. And after a while I started singing some Cat Power. They really liked anything that was super melodic.

Did you have access to to other music or were you able to listen to music at any point?

I was really lucky in that I was in a prison where they allowed you to buy a little crappy CD player and you were allowed to have three CDs in your cell with you at a given time. And not everyone had a CD player. Not everyone had CDs. These are actually precious commodities that were passed around in the prison and once I was out of isolation, I was allowed to be around the general community and I was listening to, you know, my friends sent me some really great stuff like Blitzen Trapper and Fleet Foxes. And I remember like just grooving out to the XX, just like laying on my bed, closing my eyes, and pretending not to be where I was. Really letting the music take me somewhere else. It meant a lot to listen to a lot of Pacific Northwest derived music because I was just so incredibly homesick. You can tell if something's made in the Pacific Northwest, you know, it has a sound and I gravitated towards that a lot. But at the same time, we were passing CDs around and one CD that was like gold was this Michael Jackson CD. I would pass around this Michael Jackson CD and people would go nuts for it, they were like fighting over it because Michael Jackson was incredibly popular even though nobody knew what he was saying.

And then in return I got to introduced to a lot of really cool Italian artists. I really like Italian rap music, anywhere from Jovanotti, who's this chill whimsical kind-of guy, to just straight up Fabri Fibra who's like, I'm a gangsta, I'm going to talk about whatever I want! He's a naughty, naughty boy. [laughing] So, he was fun to listen to because you could get angry, like you could get pumped up. And music was a way that I could feel angry. Honestly I got really numb because being angry about the situation I was in wasn't helping me. I was trapped. Being angry about it or being sad about it or wanting to like bang my head against the walls wasn't going to get me out. And so after so long, you just got numb and it was through music that I was able to really access any emotions of mine that I was suppressing just for survival sake.

Thinking about how music has been a part of your journey since prison, if you had to pick a few songs that help tell your story and journey, what would that be?

I feel really close to "Feeling Good" by Nina Simone. Just the the anguish and victory and joy and anger that can be in her voice all at the same time really resonates with me. I don't think that there's a simple emotion that I feel about what happened to me. I think the one that I end up falling back on is sadness and I think, going back to her, I want to remember that I'm outside of this thing. I'm moving beyond this thing, and God, does that feel good. Like it feels so good to wake up today, and at the same time, I get my feelings hurt day after day because this thing happened and it's still a part of my life and it will always be a part of my life. And so sometimes I want to recognize that and sometimes I want to feel silly about it all and how absurd it is and so if I had to choose songs I would choose "Feeling Good," because I am feeling good even though this terrible thing happened. And honestly like I fall back on a lot of instrumentals like GoGo Penguin because they're these complex compositions that are moving through emotions and are changing and growing and I feel that way a lot.

When you go back or come across those artists or those songs, are you instantly kind of triggered? Because, a lot of times when I hear a song I had a relationship with years ago and I haven't heard it in so long, something brings out that experience when you hear that song again. Do you find that happened to you from time to time with some of this music?

Or like it's actually hard for me to hear "Let It Be" anymore because I was listening to that and singing it to myself at a very early stage in my imprisonment when it was before I was wrongfully convicted. It was when I was still on trial and I still had hope that that the world would right itself. And so I was thinking "let it be, let it be, this trial is going to come to an end and I'm gonna be OK." And then it didn't. And I was changed from that experience, so I don't actually listen to that song unless it happens to me. 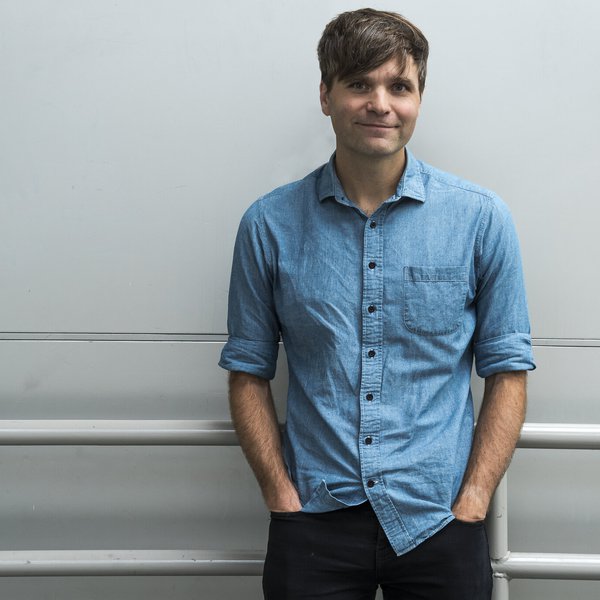 Sound & Vision airs on KEXP every Saturday from 7-9 AM PST, utilizing interviews, artistry, commentary, insight and conversation to that tell broader stories through music, and illustrate why music and art matter 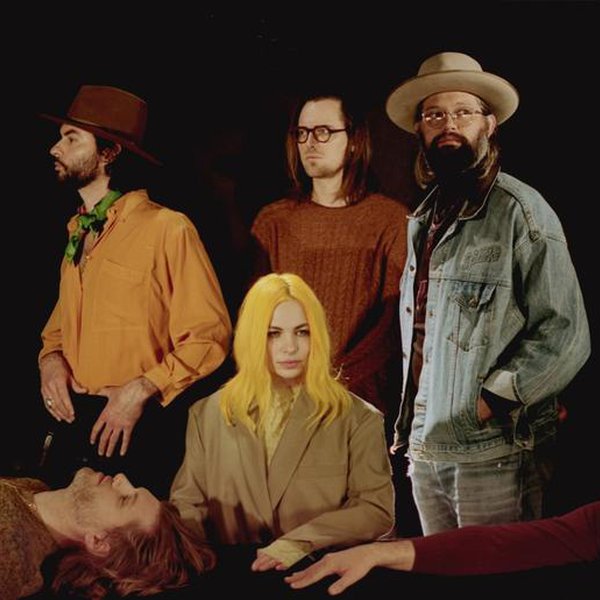