Versing is a group who manages to always find beauty in the din of noise they dwell in. The bleat and drone of their guitars, the abuse of whammy bars (not to the extent of My Bloody Valentine or Broken Water, but abuse nonetheless), the effects pedals who hath given their lives to be the sonic ferry for Daniel Salas' incredibly well-considered songwriting. After the explosive tunes lodged in the grooved and detonated on 2017's Nirvana, Hardly Art (secretly and, for a long time, one of the best rock labels in America) signing them felt like a foregone conclusion when it happened.

10000, the band's debut full-length effort from the band, swings and coasts on a line between a racket the quartet seems spiritually predisposed to make and the melody trying to burrow its way out of it. Serrated, art-damaged surf and what happens during and after the 121st minute. "Offering" puts the oscillating pull of dissonance alongside the forward push of an afternoon joyride. If you had a time machine, you could travel back to 1995 and sneak "Violeta" onto any alternative rock radio station playlist without anyone being the wiser. Salas has a Malkmus-esque lilt in his voice on "3D" and "Survivalist," the rain feels appropriately crooked. "Loving Myself" contains a crescendo and climax you'll spend the rest of the year trying to get out of your head.

Salas' lyrics weave immersive monologues culled from imagined and very real perspectives; radical self-love in the face of endless colonialism and self-interest overriding the good of communities. His words turn 10000 into a narrative of the self and the people all around the self, how we intersect and diverge; the human condition as a vehicle to somewhere possibly better. But first, we need to know how bad it can get. I could have spent the weeks since the last Throwaway Style parsing out the meaning of the lyrics on 10000, but I decided to reach out to Salas himself for his perspective.

Entryism is a political strategy whereby radicals infiltrate an established organization in order to change its core identity – think of independent Bernie Sanders supporters joining the Democratic Party to vote for him in closed primaries, or socialists joining the UK Labour Party to support Jeremy Corbyn. Even Alexandria Ocasio-Cortez could be considered an entryist. The larger organization is generally hostile to such actions and resistant to change, but it's often an effective strategy. The song is literally about political entryism but it's also a metaphor for how I see our band. We are entryists, infiltrating a larger system that might not welcome us. More likely it’s totally fine with us but my imposter syndrome tells me we don’t really belong. It's also literally an entryway to the album, implicating the listener in our plot to take over and reshape the whole dang music industry.

A fantastical song about making the ultimate sacrifice to save humanity from certain destruction – in this case a portal to an evil dimension. There are people willing to put their lives on the line for their causes and there are people content with the status quo – the song is about the tension between the two groups.

A reminder to those who don't support ideas that would help the most vulnerable members of society that our fates are tied together. Some people pretend their selfishness was something they were taught, but we all know it's better to help each other than to only help ourselves. It's a reminder, but also a warning: their time is coming to an end.

This song is about a group of shipwrecked colonists who find themselves trapped on a cursed island, from the perspective of one of the sailors who is writing a letter to his love back home. Their fate is doomed, but no one is willing to admit they never should have set sail.

A song from the perspective of a scatterbrained conspiracy theorist. He’s just someone with too much time on his hands and not enough to live for, so he constructs elaborate fantasies about the world/future. He sees himself as someone who can see through the “lamestream media/fake news” bullshit, or who would somehow be an ultimate badass gun dealer in a post-apocalyptic world – "find me in the corner talking hardware." A friend tries to remind him that the conspiracy theories aren't true ("it couldn't be by design") but it never seems to stick.

Imagine a late 19th Century/early 20th Century robber baron with way too much money and way too much access to amphetamine – basically a 1920s version of Elon Musk. That's the narrator of this song. He lives all alone in a huge mansion, has a running list of his favorite kings, he's constantly angry and prone to fits of violence. It's kind of a parody song meant to showcase the absurdity of the anti-social behaviors and personalities of the ultra wealthy.

This song is about the fear of being forgotten and the realization that some things are better left unremembered.

This song describes a codependent relationship as it begins to run off the rails.

Reflections on getting older, and imagining one's place in an uncertain future. It's from my own perspective, but I wrote it sort of imagining myself as an aging, lonesome cowboy at the turn of the 20th Century – the Wild West is dead, the old way of life is gone, and there's nothing that can stop the world from moving forward with or without him. It's difficult to know if what lies ahead will be better or worse than what came before. It's basically "Old Town Road: Versing Edition."

A selfish lover pins his problems on everyone else around him, never satisfied with what others have to offer, never listening to anyone else's advice, and ultimately damning himself to a grisly fate.

Told from the point of view of an ancient, evil, invulnerable, mystical being/force. It's kind of a song about putting someone like Thanos on trial. A self-interested, self-sustaining, shameless demigod being held accountable for the first time and just laughing it off. In my mind, the being is a personified version of capitalism but it could really be any pernicious, persistent societal force.

A mantra for trying times.

Sometimes the right path is dead ahead but impossible to see – you feel so lost and confused that you can't imagine taking another step forward without the pressure of life crushing you completely. When that happens, it's important to fill the well within, regain your strength, renew yourself, and keep moving forward. I wanted to end the album on a hopeful note after so many fatalistic political and social themes. I guess you could say it's really just a song about the importance of self-care.

Versing's album release show for 10000 (with support from Big Bite and Hoop) will take place tonight at Chop Suey. Click here for tickets.

If you hear the sound of microphones being ripped apart in Seattle, there is a fair chance GIfted Gab is not too far away. Any period of time without a new Gab release can feel like a while, even the week and a half since Cause & Effect dropped. The ten-track release, produced entirely by Antwon Vinson, features Gab's reliably dazzling wordplay and mastery of flow. Not going to show my hand here, because there is a pretty good chance I'll review it in the not-too-distant future. If you haven't learned to take my word at face value for the past sixteen months, please do so here. Cause & Effect is pure, uncut dope.

May 2: Wild Powwers, Beverly Crusher, and Matriarch at Tractor Tavern

May 3: Emma Lee Toyoda: the Wednesdays, Sigh, and Artemis at Black Lodge

May 24: The Spits, Sore Points, and The Middle Ages & Arch Enemies at Clock-Out Lounge

May 25: DoNormaal, the Black Chevys, and Vibe at Barboza 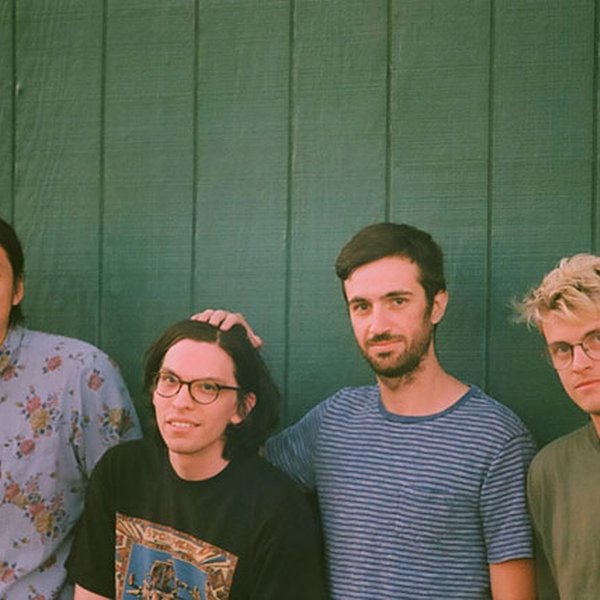 Every Monday through Friday, we deliver a different song as part of our Song of the day podcast subscription. This podcast features exclusive KEXP in-studio performances, unreleased songs, and recordings from independent artists that our DJs think you should hear. Today’s song, featured on The Afte…