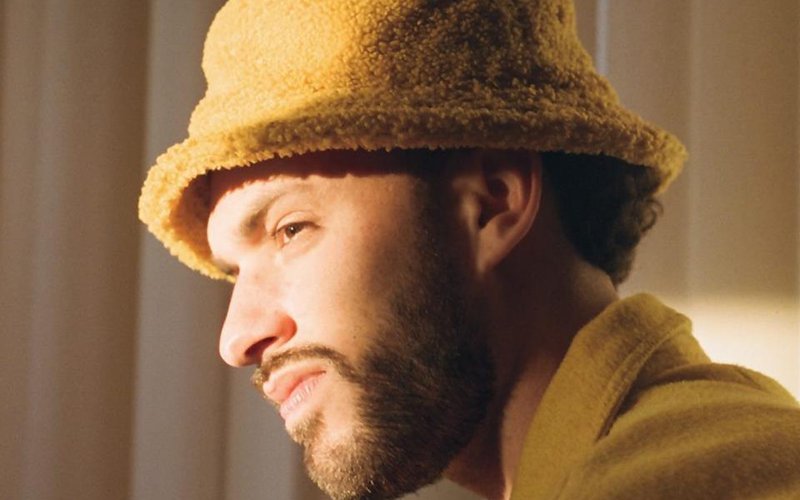 The Seattle-based rapper Sol released a new album March 1. Soon Enough is a collection of songs that draw from Sol’s personal experience growing up in Seattle and traveling the world. As Sound & Vision correspondent Jonathan Zwickel explains, it’s an album full of both uncertainty and hope for the future.

Listen to their conversation and read a transcription of the story below.

The opening song and title track is an anthemic introduction. The song ends with the voice of Sol’s aunt, reminding Sol that when he was 10, he and his cousins were talking about what they wanted to be when they grew up. Doctors, lawyers—the kind of professions that typically provide a stable life to children of immigrants. Little Sol, however, had a different plan. He declared that would be a musician, and people would pay him for his music.

“For me, it was really special to have my aunt look back on that type of memory and be so proud that I felt that way. Maybe at the time she was worried about me and about my future. But then to look back and say, 'Hey, Sol actually did that,' and for her to be so proud of that, it was like a really beautiful thing for me. And that's kind of what the whole Soon Enough thing is about,” Sol says.

Sol grew up in Shoreline, Washington, just north of Seattle. Both of his parents were teachers. But they came from very different places. His dad was born in Brooklyn and raised Jewish, his mom was born in Haiti and raised Catholic. Both were major influences in his early life, but as he got older he found himself embracing his mom's heritage more than his dad's.

“My dad's side of the family was very spread out. For me as a kid, at least for me as a kid, I didn't have as much to grab onto, I didn’t know how to process and work through that side of my story. And then here I look to my mom's side of the family where you have one of the most extraordinary countries in the world. And honestly, Haiti changed the course of world history,” Sol says.

A crash course on Haitian history: The tropical island was home to indigenous culture for centuries before Columbus accidentally discovered it in 1492. Before long, Spanish and French colonists were importing an estimated 800,000 enslaved Africans to work coffee and sugar plantations in brutal conditions. In the late 1700s, a freed slave led a successful slave revolt that led to Haiti’s independence. Since then, global powers have sought to make an example of Haiti by excluding it from the fruits of international trade and diplomacy.

“Growing up mixed and trying to find my own story, I think I gravitated toward the Haitian background. And I think it had a larger impact on me,” Sol says.

Sol's remaining family in Haiti live in a tiny village called Lez Abrigo. It's a beautiful, tranquil place—if you can stand the 14 hours of rough road to get there, and the lack of running water. This is where Sol's 80-year-old Aunt Mikah lives, operating a group of schools that serve thousands of kids across the remote region. He's visited her several times in the last few years.

“She has 10 schools that she runs and she's just this person who I've always turned to for guidance and just an example of what it means to really be somebody who's going to leave an impact. Going back there is really what fires me up,” Sol says.

Beyond Haiti, Sol's extensive travels inform his worldly point of view. The summer after he graduated from the University of Washington in 2012, he used a $20,000 fellowship to fund a year-long solo journey around the globe. He started in India for two months and then spent about a month each in Ethiopia, Uganda, Tanzania, Zanzibar, and South Africa. Brazil for two and a half months. Then Colombia, Trinidad, and Jamaica before returning to Haiti for the first time. The goal was simply to meet people where and how they lived.

“My experiences having glimpses at daily life everywhere from Mekelle, Ethiopia to Coffee Bay, Jamaica. These small, small places, and just talking to people and living with people. We all want basically the same things out of life. We all want to make sure that our family is safe and we all want to feel like we have purpose. And everyone deserves that,” Sol says.

Keep in mind that the year of Sol's travels, 2012, was also the year that hip-hop broke in Seattle. Sol had been paying his dues in the scene, playing shows across the region for a few years. In January, he'd released a major new album.

“I released my arguably biggest project, Yours Truly, with zero dollars in my bank account. And it went to number one on iTunes hip-hop, number four overall in the U.S. and it was a moment for me and for Seattle,” Sol says.

In mid-June, he sold out the Showbox, an illustrious Seattle concert venue. Four days later he left the country. And things kept rolling in Seattle. In August, two friends of his, Macklemore and Ryan Lewis, released a song called "Thrift Shop." Suddenly the combined gravity of the hip-hop scene brought national attention to Seattle, a city previously pegged only as a haven for grungy rock n roll. But Sol was long gone.

“I remember being in Uganda when The Heist came out and listening to it on the on the back of a motorcycle with headphones on, and it was beautiful. I was inspired by it. I think it gave me extra perspective to be a fly on the wall watching from afar while I was having a completely different experience that was altering my life and my story and also my perspective as an artist. It definitely changed my priorities as well,” Sol says.

Sol had always been a thoughtful rapper but since his travels, his music has taken on a worldly forbearance. It's hopeful but it's also realistic—the opposite of corny. Take the song "The Kids" from Soon Enough. It explores issues of human health and environmental degradation with the lyrics, “We just tryin’ eat right, people in the street’s dying, how I’m going to keep rhyming about smoking all this weed with these trees falling.”

He also discusses the controversies over gun control and the threat of police brutality for the next generation with the lyrics, “You’re really killin the vibe with your guns and your bibles you must be crazy. Listen to the kids bro, ‘fuck you save me’”

In the song Sol says, “I just want change for the kids” and calls on musicians for action: “My fellow artists, I have an announcement to make, we have some albums to make, we have to step out the house and change our outlook today, if we’re going to change the outlook tomorrow”

It's all about having hope for the future. Sol believes things can get better.

“The thing that Haitians have that has helped us get through one of the most tough environments possible over the last few hundred years is hope, even when there’s no logic as to why things would get better, to believe that you can figure something out is how you survive. So I try to do that with my music,” Sol says.

From hope for "The Kids" to hope for one, specific kid: "Freedom's Song" is the album's penultimate track, named after Sol's nine-year-old godson.

Sol saw himself in his young godson, which brought him to an unconventional idea, a way to plant a seed for Freedom's future. It started with a swear jar. Every time he cursed he'd pay Freedom a quarter. Nothing too unusual there. But because he swore in the song he made for Freedom, Sol devised a kind of digital swear jar.

“And so I basically set it up for that song, based on those lyrics, where whenever someone buys it on iTunes or they stream it, Freedom is basically set up on the back end as if he's the artist and he gets all the earnings. I mean in order to be able to still have it be my song I have one percent. And he has everything else,” Sol says.

Sol has made over a thousand dollars since "Freedom's Song" was released as a single last April. The money is going into a trust for Freedom's college tuition. Sol expects another bump in sales once Soon Enough is released. It's as practical a gift as one could give to a young music fan. And it couldn't have happened if Sol didn't stick to the plan he made in the backseat of his aunt's car all those years ago, back when he was Freedom's age.

“I've been making a living off my music for a decade and I'm only 30 and I hope to be like Willie Nelson age, still making music, you know. And so I've committed to that and I've embraced the journey and that it doesn't happen overnight,” Sol says.

After growing up in multiple generations of Seattle hip-hop, Sol can look back and see his progress as an artist and look forward to a future he's working to improve. The present is the sweet spot. He got here soon enough. 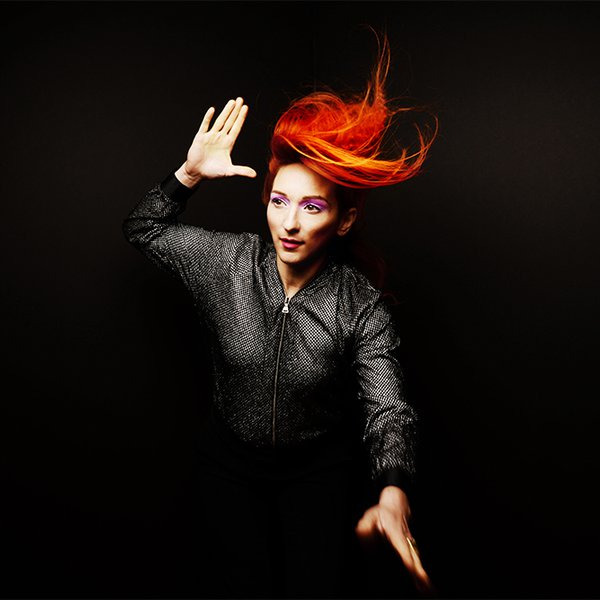 Sound & Vision: My Brightest Diamond on Her New Album 'A Million and One' and Moving to Detroit

Singer-songwriter Shara Nova shares how her move back to Detroit has made her think about race in a whole new way. 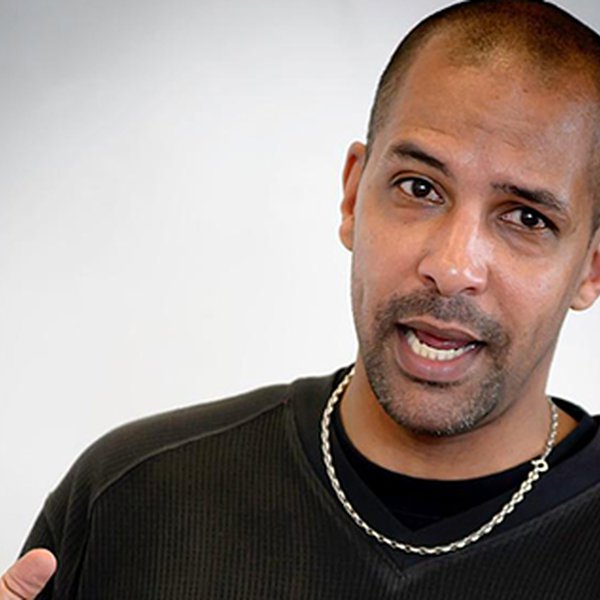 KEXP’s Sound & Vision’s Emily Fox spoke with Dr. Daudi Abe, a professor of humanities (and hip hop) at Seattle Central College about how the crack epidemic of the 80’s influenced hip hop music. He also talked about the differences between the crack epidemic and today’s opioid crisis. 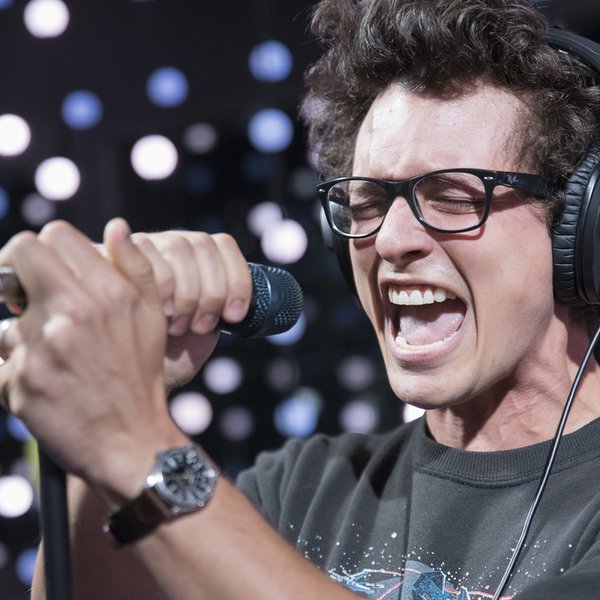