LONDON CALLING: Do You Accept The Charges? 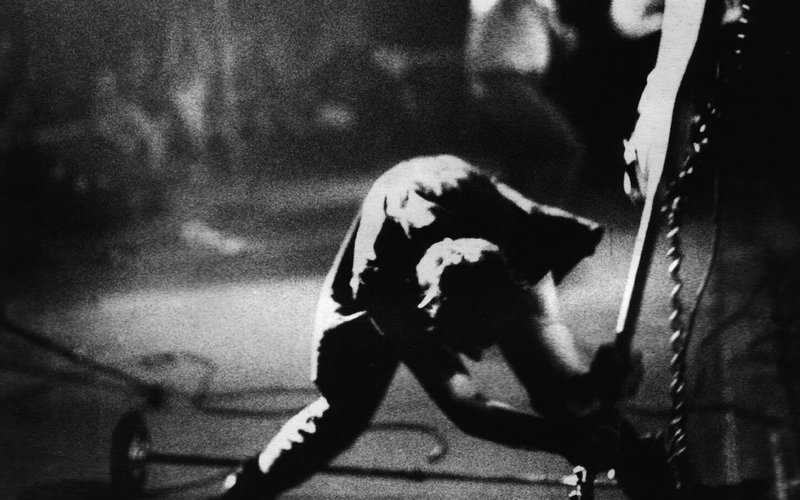 This December, London Calling turns 40 years old, which means it’s both a Sagittarius (versatile, ambitious, rude) and a year and a half younger than me. I doubt many will say that I have held up nearly as well.

I really thought I was tired of this album, to be honest. It’s the Generation X White Album. Instead of that baby boomer uncle of yours who loves nothing better than their collection of digitally-repackaged Beatles ephemera, it’s your new dad-in-law jamming out in the garage, somewhat obliviously to the themes of “Death In Glory”, force-bonding with you with his story of the time him and Mick shared a spliff behind the Akron Civic Theater. It’s better to kill your idols than to enshrine them, this is punk rock. The Clash’s rallying cry back in ‘77 was “No Elvis, No Beatles, No Rolling Stones”. (A decade later, readers of Los Hernandez Bros’ essential Latinx punk comic Love and Rockets might have noticed “No Clash, Sex Pistols or the Ramones in 1987!” scrawled in the background. Life comes at you fast.) Even still, after a thousand listens to this album over the course of my life, and a couple hundred more during the writing of these words, there’s still little question in my mind why it’s still roundly considered one of the very greatest rock & roll albums ever made.

All this you know: it’s the finest moment in the storied career of one of The Only Band That Matters, incorporating reggae, rockabilly and Thin Lizzy-esque trad hard rock sounds (just to name a few) with a seamless panache that bucked at punk’s previously imagined constraints. A double album, originally sold at a single-LP price, one that even included an extra unlisted song recorded at the last minute (“Train In Vain”, soon to be their first Top 40 hit in the States). Just imagine anything associated with Malcolm McLaren being as charitable.

The percentage—or even existence—of filler tracks remains hotly debated to this day. I would argue that the first half wins out qualitatively, but even the few songs that historically didn’t once grab me as much (“The Right Profile”, “Koka Kola”) have since grown on me substantially, and are without doubt quintessential Clash works from their creative heyday. Still and all, at just 65 minutes, it’s an absolute clinic in pop brevity. Today, London Calling feels fresh to this day partly because its narratives and themes were so timeless—and if anything, it’s only gotten more poignant.

I first heard that title track on the radio sometime during high school. The sound of Joe and Mick’s voices rung familiar, for even as a black kid coming up without cable in the MTV era, both “Rock The Casbah” and Big Audio Dynamite’s “The Globe” (“Woo! Bless you!”) had at some point infiltrated my headspace. The punchy doom-march intro of “Calling” was, as you and the whole world know, instantly commanding—a Hall of Famer as far as musical portents of catastrophe go, a paranoid nuclear inevitability, a drive-in horror flick type of monster. It really does seem like the monsters of yesteryear, at least the ones my parents told me about, are roaming the country, or rather, in charge of it. The environmental doom Joe Strummer paints so vividly is more real than ever, no matter what the anti-science lobby says. That ol’ Thames Barrier, which has kept London from drowning since ‘82, has to work harder year by year as the ice caps melt and the trees catch fire.

“The Guns of Brixton”, the work of bassist Paul Simonon, is vintage roots, lyrically nodding to Jimmy Cliff’s star turn in The Harder They Come. It’s also Thug Life of the highest order, determined and paranoid as the best hardcore rap, and its unforgettable query—”how you gonna come”—can’t help but get more pertinent to those not on top of the heap, as militarized police and federal agencies have free reign to kidnap, kill, and evade consequences. When even was the last time a chart-topping rock album said anything about clapping at the police? (The Strokes couldn’t even put out a song saying that they weren’t smart.)

And yes, it’s almost too much of a gimme to remind you how much more relevant “Lost In The Supermarket” has gotten in these add-to-cart, social media-damaged times, yet I must. Strummer’s lonely narrator recounts a profound sense of isolation as he exists in the heart of a bustling city, surrounded by people and noise. Consumption is the only thing that makes him feel “a bit free,” he notes, except that he “can no longer shop happily.” Imagining this disaffected urban outsider in 2019, he’s more plugged in that ever, pummelled by a whole other category of noises. Buffeted by meaningless notifications, buying packets of tea on his Amazon app, he might be co-opting slang, reposting memes, emulating “influencers” in order to best guarantee himself a digital personality. Or perhaps, darker still, his alienation has drawn him to others online, who together endeavor to find the outside parties responsible for their shortcomings.

When London Calling hit store shelves in 1979, Margaret Thatcher had only just taken office as PM, so while it’d be a stretch to call it at all a response to her reign, it certainly was recorded in an England that was taking a Conservative turn. (The “Iron Lady” and her policies would prove as central to punk’s indignation as Reagan and his would be to gangsta rap.) Conservative politicians were drumming up fear about immigration, Nazi-affiliated National Front were running candidates in local elections, and a wave of racist violence was visited upon non-white Britons. Racism and fascism were apparently becoming in vogue: David Bowie, in his Thin White Duke phase, called Hitler “the first rock star,” and a drunken Eric Clapton went on a spectacularly racist tirade at the Birmingham Odeon and if you’ve never heard of it, you’ll probably have to Google it to believe.) The Rock Against Racism movement was created in response, staging a series of concerts (including a Clash-headlined gig in London’s East End that brought out 100,000 people) that won hearts and drove the NF goons back into their holes.

Four decades later, it would seem that Britain’s xenophobia has again gotten the best of it, with fears around immigration fuelling over half of England to vote themselves out of the European Union. Here in the USA, a racist conman holds our democracy hostage, and emboldens a whole new wave of violent goons. Where, you ask, is our Clash for today? Yeah, it might be in the rap stuff you don’t listen to, but shoot—even when some of those guys try to get political, they get threatened with deportation. That one guy who once seemed like our best bet has instead gave us one of the most profound heel turns in pop culture history.

The members of The Clash never switched up, though. Joe was one of rock’s first environmentalists, and one of its premier humanists. Mick was a fanatic of the beat machine by the time they started recording Sandinista!, and his Big Audio Dynamite was an early adopter of the hip-hop and electronic sounds emerging. Paul is in a band with Tony freaking Allen. Topper, well, he just wishes they could’ve all gotten back together before Joe’s far too-young passing. Don’t we all.

So 40 years on, London Calling, with its charmingly earnest and brilliantly executed megamix of train track-crossing styles, its strident anti-capitalism, and its optimistic love of the body politic, sounds better than ever—if anything, because sometimes it can seem like we’ll never get anything quite like that again. Even if we need more like it, more than ever. And even if this tale all ends just like that album does, on a tale of heartbreak, us lamenting how this dream, in the end, didn’t stand by us—well, it won’t be in vain if it’s even half as catchy. 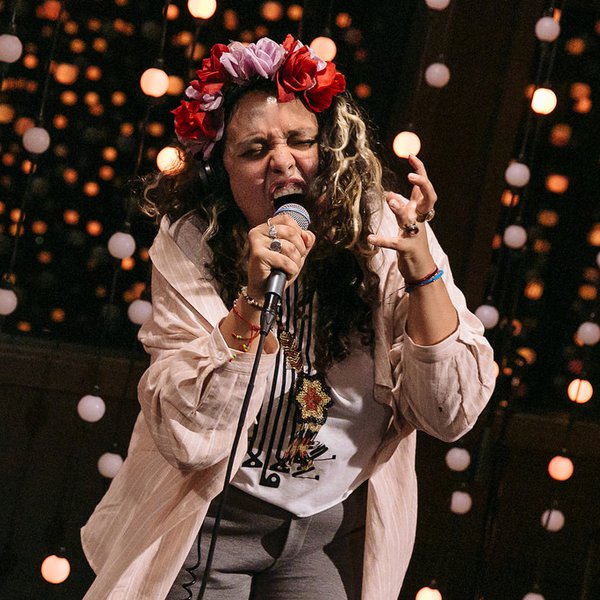 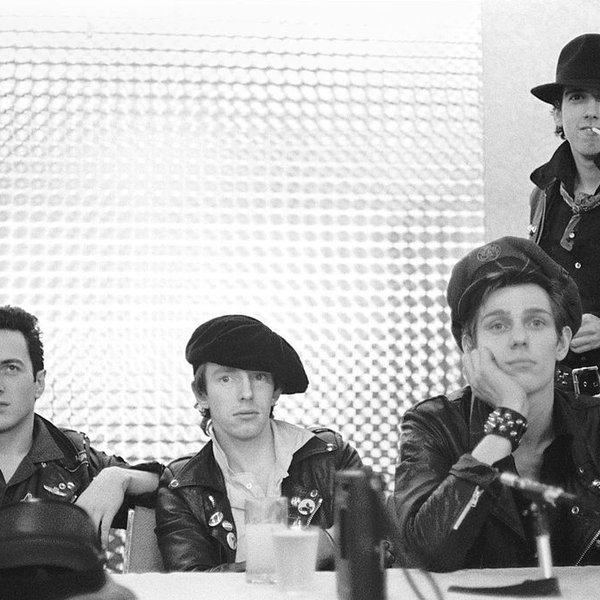