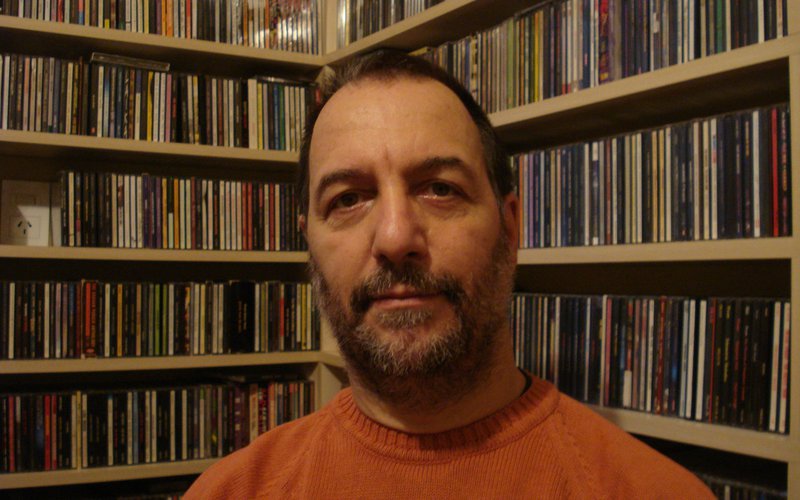 What do The Clash and the peoples of Latin America have in common in 1979? The struggle for human rights.

To talk about The Clash is to talk about fighting against power. Strummer's work had no physical or linguistic limits. Nor was it chance, but the consequence of an international context that was crying out for an artistic, social and political breakdown. Neither is the secret admiration of the band for the rhythms of Latin America and it is not news that 40 years ago when London Calling was released in 1979, Latin America lived in some of the worst and darkest moments of its history.

Almost all the countries of the region passed their decade of the 70s with coup d'etats. What does this mean? That a component of the state, in many cases the armed forces, takes power in a violent way denying the free exercise of democracy by its citizens and justifying its actions in the name of "the fight against terrorism.” In Latin America this struggle was ideological, political and cultural persecution, it was censorship, assassinations, disappearances, state terrorism, mass exiles, and blacklists. On the musical level, specifically, it reached unprecedented extremes, such as the case of Argentina, which, during the war with Great Britain for the Malvinas Islands (1982), completely prohibited the dissemination of music in English.

London Calling was born on this stage and that’s why International Clash Day intends to celebrate this conversation, comfort and international inspiration that the young generation of those years in our continent could find in the songs and messages of this particular group of Londoners. Young Latin Americans who lived during the prohibition of rock and music in another language, the alarming decrease in budgets given to culture and the media shield that wanted to prevent young people from having "subversive ideas" was the impulse and inspiration for many of them to assemble their bands listening to The Clash, Sex Pistols, The Beatles, or Depeche Mode (with some albums brought from the outside) and, with the years, they became musical legends in our countries.

DJ John Richards shares the idea of the social bridge that The Clash created, “their message, from the get-go from those late '70s-early '80s, resonated with so many people out there struggling, be it immigrant rights or be it just government intervention or censorship or all these different subjects that they tackled, and on top of that the different genres that they were absorbing. And so they crossed over to a lot of people. You can protest all you want or have a message, but if the music isn't any good it's hard to get psyched about it. So I think people found something in The Clash or one of their records or maybe all of them that spoke to them musically and then the message kind of snuck in there. I just liked the music and what happened was it started to educate me... I think there's a whole group of people out there who learned from The Clash, but there are also people living the lives that The Clash was talking about. And I think this world, it’s kind of cyclical, history repeats itself. I think a lot of people are dealing with what The Clash are singing about so Clash Day here for KEXP started in the music, but I have to tell you it's more about the message now, it's more about people's rights and people's ability to gather and protest and use music as a voice of protest... But more now than ever I feel like the rise of fascism and censorship and stopping people from the right to gather, and more dictatorships... I feel like what they were singing about is actually happening and what a lot of bands are protesting about in the 70s is happening, and this is, right now, protest music.”

There is a lot to say about this and each country has a particularly painful experience, that's why we celebrate that music unites. Throughout this week, KEXP speaks with different referents, writers, and music journalists from Argentina, Chile, Brazil, Uruguay, Guatemala, and Mexico to give us an opinion and more detailed framework of what happened back in 1979. Today, Alfredo Rosso talks about Argentina. Rosso is a music journalist, founder of the magazine Expreso Imaginario, and host of La Trama Celeste de Alfredo Rosso for AM 750 and “La Casa del Rock Naciente” on Rock & Pop. He has collaborated with Cerdos y Peces, los Inrockuptibles, Esculpiendo Milagros, Mix, La Mano, Clarín, La Nación y Página 12.

The Clash, as a pioneer English punk rock band, enters in the Argentines minds around 1978 or 79, when their debut album, The Clash, known in Argentina as London Burning, was published in the country, with the subtitle "London burns" in parentheses. At that time, in the midst of the military dictatorship, it was a dangerous adventure for a recording label to edit a punk rock album. But Columbia (today, Sony Music) did it. Rock itself was not forbidden by the military, literally speaking, in the sense that the concerts were still tolerated, but these gigs were observed closely, with enough suspicion, by the authorities. And it was not unusual that after the shows"razzias" took place, where they used to take young people who left the room or stadium arrested for "background checks". They were usually released within 24 hours, but that abuse persisted until the end of the military mandate.

To edit a punk record in that context was a bold and daring move, because punk, like heavy rock, were — for the eyes of the military — genres that could potentially host the most hostile demonstrations to the regime, although it was not for its anarchic- nihilist content and their thirst for social change. The debut album The Clash was, thus, the first punk album that was released in Argentina and for a certain time, also, the only one.

The popularity of the group, however, became solid — already in democracy — when their albums began to appear in the imported record stores (nothing else was published locally until Combat Rock) and especially when the information about the main characteristics of English punk and The Clash, in particular, was spread. It was at that time when they became the flagship of the new musical generation that was emerging in Argentina during the early 1980s, and in that sense, albums like London Calling, Sandinista, and Combat Rock were decisive. The local musicians saw in The Clash a mirror that reflected their desire for generational renewal and social changes and identified with them., the musical element of the band, raw and primal rock at the beginning and later on  a more sophisticated and restless sound — encouraging pioneering fusions with reggae, for example — were also solid attractions for the Argentine groups that already managed the aesthetics and rhythms of punk rock and new wave.

Along with the Ramones, The Clash was the most influential punk rock band in aesthetics and punk attitude adopted by the new generation of Argentine musicians who developed their musical careers in the '80s with a “do-it-yourself“ attitude since at the time the idea was to record modestly but on independent labels, to create "fanzines" to spread the ideas and information of these new bands, to play in clubs and local neighborhoods and, in general, to shape new sounds that were integrated to the rich repertoire of Argentinian rock. In this sense, the influence of The Clash was decisive.