Live Review: Interpol and Sunflower Bean at the Moore Theatre 2/2/19

On Saturday, February 2, beloved New York band Interpol lit up the Moore Theatre with a dazzling spectacle of a show, proving that 20 years after their formation they haven’t lost an ounce of showmanship and still have a fleet of devoted fans. But, before we get into that, let’s talk about opening band Sunflower Bean. The Brooklyn-bred band have evolved rather substantially since their 2016 debut Human Ceremony, with an almost entirely different sound and presence. While Human Ceremony saw the band try their hand at a number of sounds, testing out which one felt right, vocalist Julia Cumming consistently emanated soft, pretty, and most-times falsetto vocals. On their new EP King of the Dudes, Cumming’s vocals are raw, ripping, and guttural and that’s what she brought to the Moore stage alongside a total rock star stage presence. Cummings look was 100% '80s rocker chic and guitarist Nick Kivlen has Morrissey-inspired hair while drummer Jacob Faber was inspired more by the '70s with his mustache and adorned his torso with the words “Come For Me” emblazoned on his shirt (the name of the second track on King of the Dudes). They fit perfectly standing underneath the glistening disco ball hanging above them (whose purpose we’ll find during Interpol’s set). Cummings reminds me a bit of Lady Gaga, in both vocal register and look. Perhaps, Joan Jett meets Lady Gaga. Throw some Blondie in there for good measure. Complete, authentic rock star energy. After playing the title track from King of the Dudes, they head into the title track from last year’s Twentytwo in Blue. Kivlen incorporates some ripping guitar solos over the next couple of songs before going into the lead single of Human Ceremony and their first hit, “I Was Home.” The set ends with “I Was a Fool” which sees Kivlen incorporate a Telemic to great effect. Overall, it was a fantastic set with the band fully interacting with the audience, responding and encouraging any call from the crowd. The moment is here. Interpol steps onto the dark stage and immediately jump into “Pioneer to the Falls,” off of 2007’s Our Love To Admire, while the disco ball illuminates little beams of light that spin and flash through the mirrored tiles. Paul Banks, Daniel Kessler, and Sam Fogarino are looking dapper in slick black suits as they blow through a well-balanced mix of songs off of 2004’s Antics, 2002’s Turn On the Bright Lights, and their latest record, last year's Marauder, while just barely grazing 2014’s El Pintor with the song “All the Rage Back Home” and not even touching 2010’s self-titled. With a hit-list so deep, it was difficult to predict which songs the band would choose as their encore (I was personally hoping for another Our Love To Admire track). When they returned to the darkened stage, they jumped into two Antics tracks, “Not Even Jail” and “Evil” before closing off the evening with Turn on the Bright Lights’ “Obstacle 1.” Overall, the show was essentially exactly how one would likely expect an Interpol show to be: dazzlingly slick, impeccably run, and eternally cool. The most fascinating part about the show to me was watching the reactions from the audience. I went to the show incredibly exhausted and chose to sit while everyone around me stood. Luckily, I had the perfect angle that I could still see the entire band without human blockage. Anyway, from my viewpoint I was able to peruse a number of interesting happenings going on with the audience. The most exciting being the guy in Row G that proposed to his girlfriend in the middle of the show! Just knelt right down and did the deed! In front of him, a girl was having an entirely different, but no less joyful, experience while convulsing as if Paul Banks was Jesus Christ himself and he'd given her the power to speak in tongues. And she wasn’t the only one! Spirits were definitely *high* that evening! Congrats to the couple in Row G! And, remember, there's no I in "threesome"! 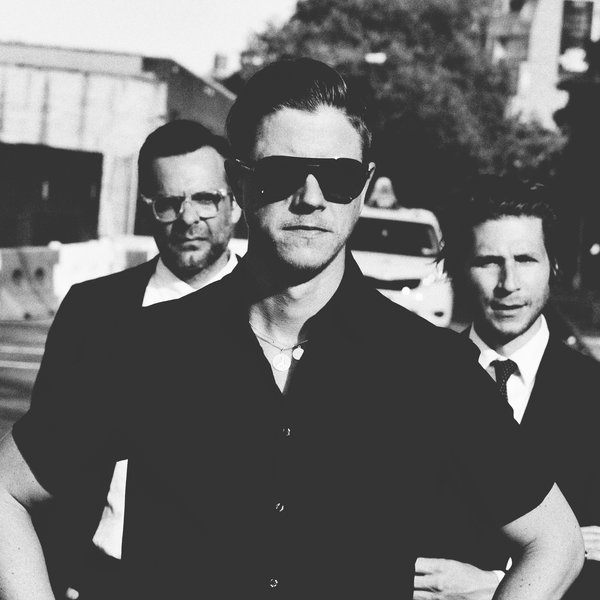 Interpol have shared the second single off their forthcoming album, Marauder. 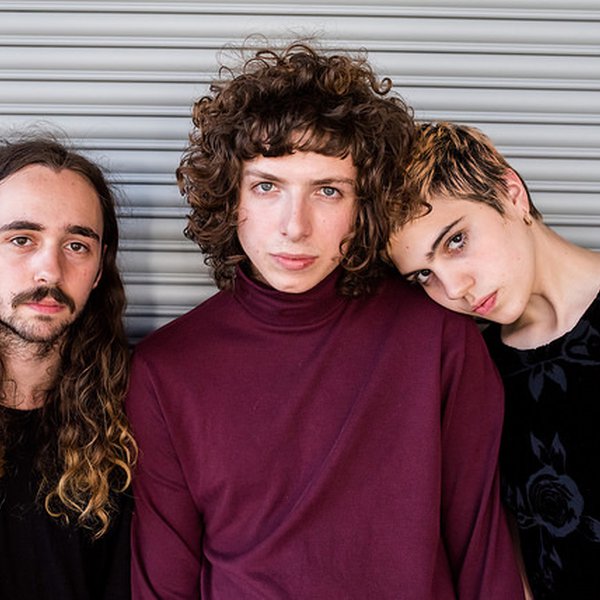 Song of the Day: Sunflower Bean - I Was Home