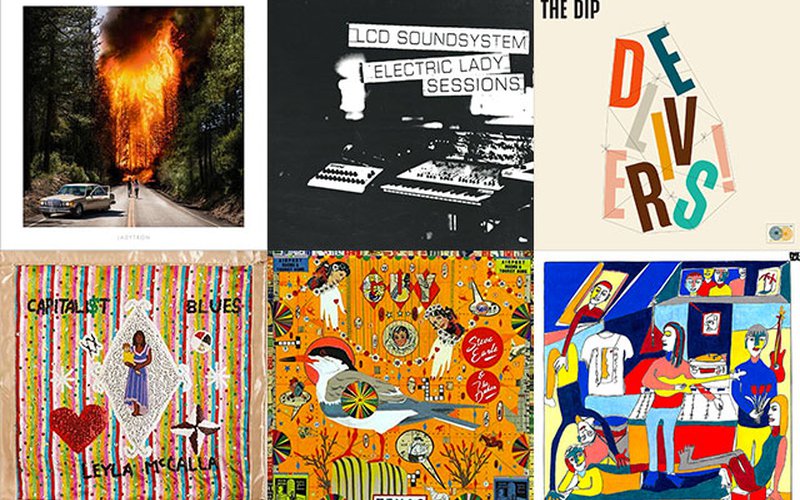 LCD Soundsystem – Electric Lady Sessions (DFA/Columbia)
The latest album from James Murphy and co. features live in-studio, full-band versions of six songs from their previous album (2017’s American Dream) along with three covers and three more originals from other LCD albums, recasting most of their material with a more muscular and bass-heavy sound. — DY

Steve Earle & the Dukes – Guy (New West)
The veteran country-rocker's latest album is a well-crafted tribute to one of his songwriting mentors, the late Guy Clark. The album features a warm, rootsy sound that works beautifully on this diverse selection of Clark’s songs ranging from familiar classics to more obscure gems that deserve to be better-known. — DY

Cherushii + Maria Minerva – Cherushii + Maria Minerva (100% Silk)
In 2013, Minerva emigrated from Estonia to the USA. She plotted a US tour with 100% SILK sister Chelsea Faith AKA Cherushii where they became great friends and dreamed of a proper collaboration.  The Oakland fire of December 2016 cut short their plans (Faith passed away in the fire) but not before they’d written, recorded, and mixed a union of Faith’s sweaty dancefloors bonded with Minerva’s pop hooks that make up this special release. — AG

Herzog – Me Vs. You (Exit Stencil)
This Cleveland band’s fourth album is a potent blend of anthemic power-pop and shoegazer psych-rock with heavy guitars, punchy rhythms, and soaring song hooks. — DY

Cochemea – All My Relations (Daptone)
The latest album from this New York-based saxophonist with the Dap-Kings is a hypnotic blend of percolating jazz-funk and Native American rhythms. — DY

Homeshake – Helium (Sinderlyn)
The fourth album from this Montreal-based artist (aka Peter Sagar) is a solid set of lo-fi, R&B-tinged electro-pop with a hazy, atmospheric sound, ethereal vocals, and dreamy melodies. — DY

Abjects – Never Give Up (Yippee Ki Yay)
The debut album from this London-based trio comprised of singer/guitarist Noemi from Spain, bassist Yuki from Japan and drummer Alice from Italy is a solid set of energetic garage-punk combining buzzing guitars and driving rhythms with catchy song hooks and lyrics of resilience. — DY