Like most art forms, songwriting is an easy thing to enjoy and a delicate, often difficult process to practice. There are so many factors to consider – music, lyrics, melody, rhythm, length, structure – and putting everything together is a process of alchemy you could engage in for years and still not feel as though you’ve mastered. And then there is the added pressure of creating a popular song, something a wide swath of people can sing along with and remember and hopefully hold in their hearts for a long time. It’s a daunting thought if you’re sitting down with a guitar, keyboard, or sample.

What do the pros do? How do they start from nothing and end up with a memorable song? In the twelfth installment of our Mastering the Hustle series, a panel of songwriting professionals gathered to discuss the art and business of creating a memorable and enjoyable song. Parisalexa, singer, songwriter, and a rising star in the world of R&B music joins Hollis Wong-Wear, songwriter, producer, and member of the Flavr Blue, songwriter, and musician MNDSGN discuss the world of songwriting on a panel moderated by Tracie Verlinde, Vice President of Creative at BMI Los Angeles. 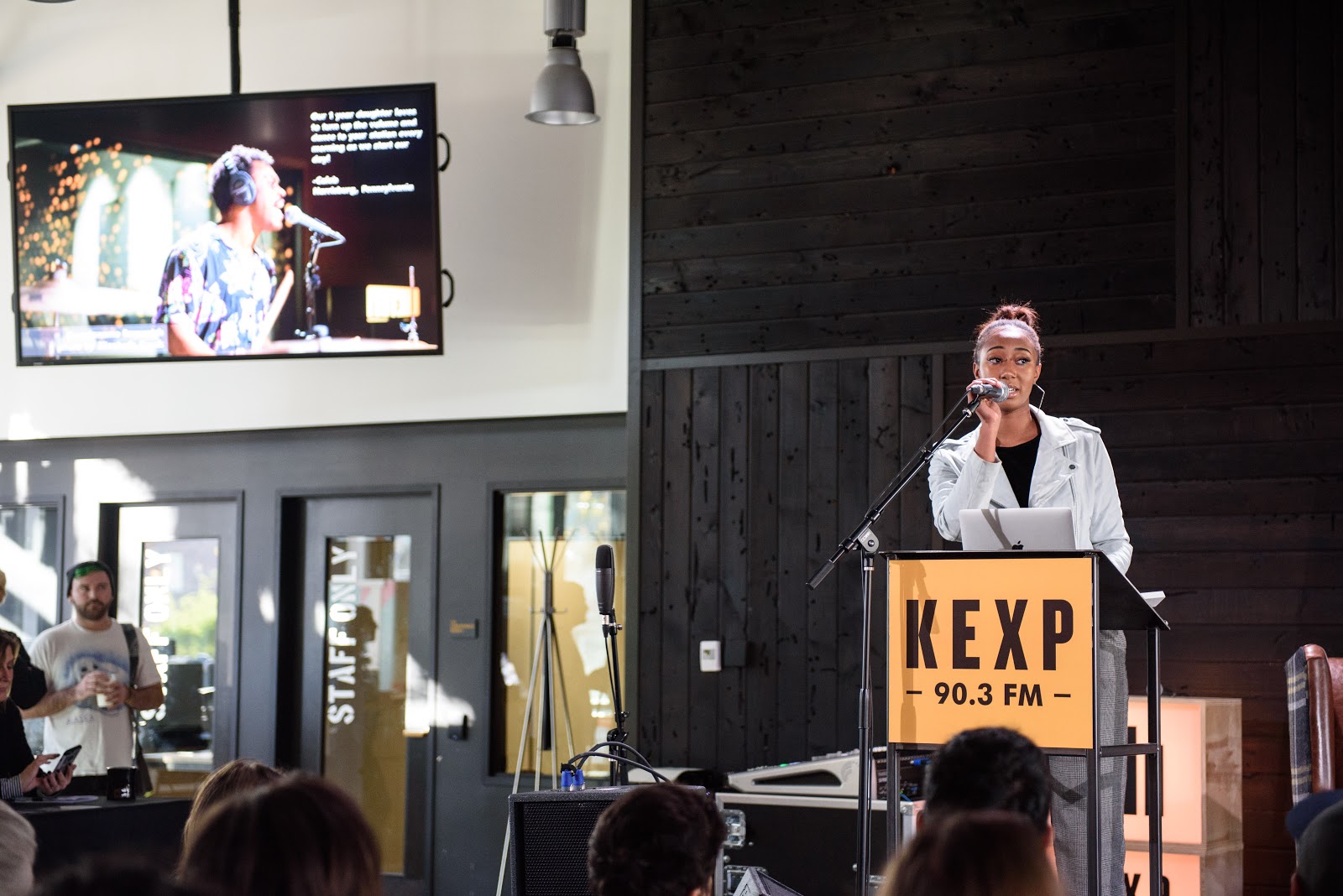 Parisalexa opens her keynote speech by acknowledging how she was urged by her father to attend Mastering the Hustle events as an educational tool for being a working artist and explains she will begin by breaking down one of her songs (“Ballin’”) as an example for how she writes a song.

Producer Elan Wright sent her the beat for a song originally titled “Sawce” -- a beat that is sent more or less completed is called a “topline.” Paris began to conceptualize the idea for the song, which was basically an idea of aspiration. Post Malone was an artist who came to mind as she listened to the beat, so she wrote similarly to that vibe in a way which felt individual to her.

She began to list her ideals for success, starting with the dream of buying a mansion for her mother and taking vacations. She sent ideas back and forth with Wright, with him offering feedback. Eventually coming up with more ideas than what could be used in the song, she notes the importance of not becoming overinvested in any one idea.

There was a desire to make the song aspirational in a very relatable way, but in a way that was true to herself. She points out a difficult balance in songwriting, the compromise of writing something authentic to oneself but still having the sentiment be relatable to a wide group of people. It’s important to not be too specific when writing songs for widespread listening.

She brings up a cut lyric, “I feel like Daniel out the lion’s den,” which is a reference she understands because she is familiar with the biblical passage, but she understands there are listeners who may not be familiar with that reference. It is essential, especially when co-writing a song, to be open to changing ideas. Because you could end up with a much better idea.

Paris and Wright sent ideas back and forth throughout the writing process so that when it came time to record, that process flowed quicker. She sang the song all the way through a handful of times and said the recording came together quickly while stressing the point that not all songs do. 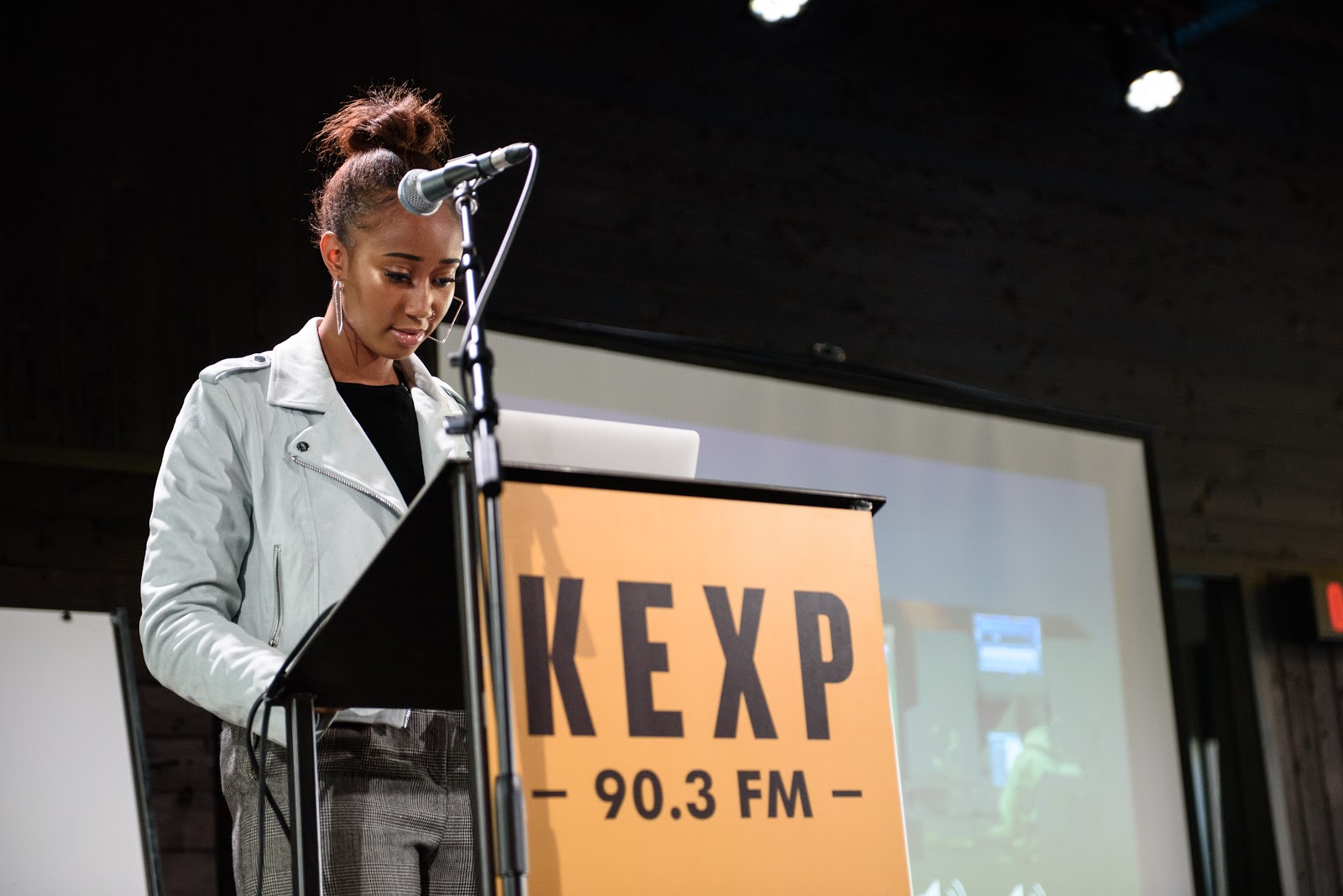 There are four principles she tries to keep in mind while writing a song, and they are as follows: 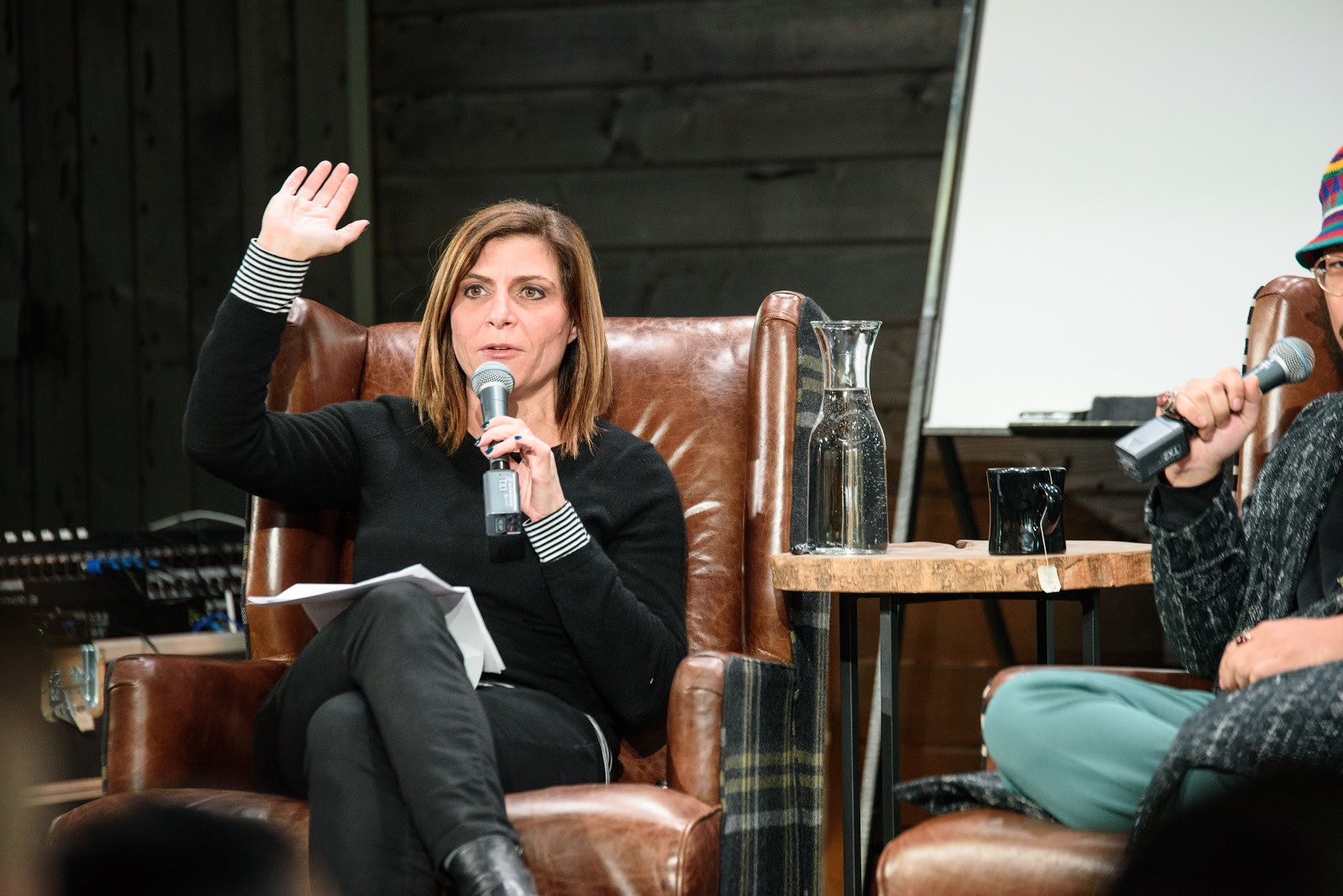 Verlinde asks the panel how they got started as artists. MNDSGN began producing in his bedroom, fiddling with free software programs after taking various music theory and production courses. Wong-Wear, after spending some formative years practicing musical theater and idolizing Michelle Branch, felt intimidated by songwriting at first, but trying her hand at poetry in the Youth Speaks program empowered her both as a storyteller and performer before starting a rap group with her friend. Paris, after basically listening to Destiny’s Child in the womb, sang and wrote songs since she was very young and started to receive guidance and input from her mother, eventually enrolling in various songwriting programs all over the country.

“It’s hard to be a songwriter in isolation,” Verlinde acknowledges before jumping into her next question: How does a fledgling songwriter get out there to meet like-minded artists?

Paris begins by saying, “Just look around you.” The audience in attendance for this panel has so many creatives among them, and there is a false notion that moving to a place like Los Angeles is the answer, but sometimes inspiring collaborators are right in front of you without either of you knowing it. “And they don’t even have to be that tight,” MNDSGN adds. He recounts a story from high school, where he collaborated with “the only other dude that was on the same wave.” The energy and the process, regardless of the result, built a foundation for him to work with and refine over the years.

Wong-Wear acknowledges the idea of the work is fundamental to getting your “big break,” not necessarily the name of who you collaborate with. On a panel she once attended, Jake One noted the importance of getting in on the ground floor with people. “To be good at anything, you have to be terrible for a while,” she says. It’s better, especially while you are starting out, to work with someone still figuring out their approach to the craft than have a somewhat snooty attitude about working with someone on the same level as you, because once you get the opportunity to work with someone who has made a name for themselves and you haven’t put the work in yourself, that opportunity could be wasted. 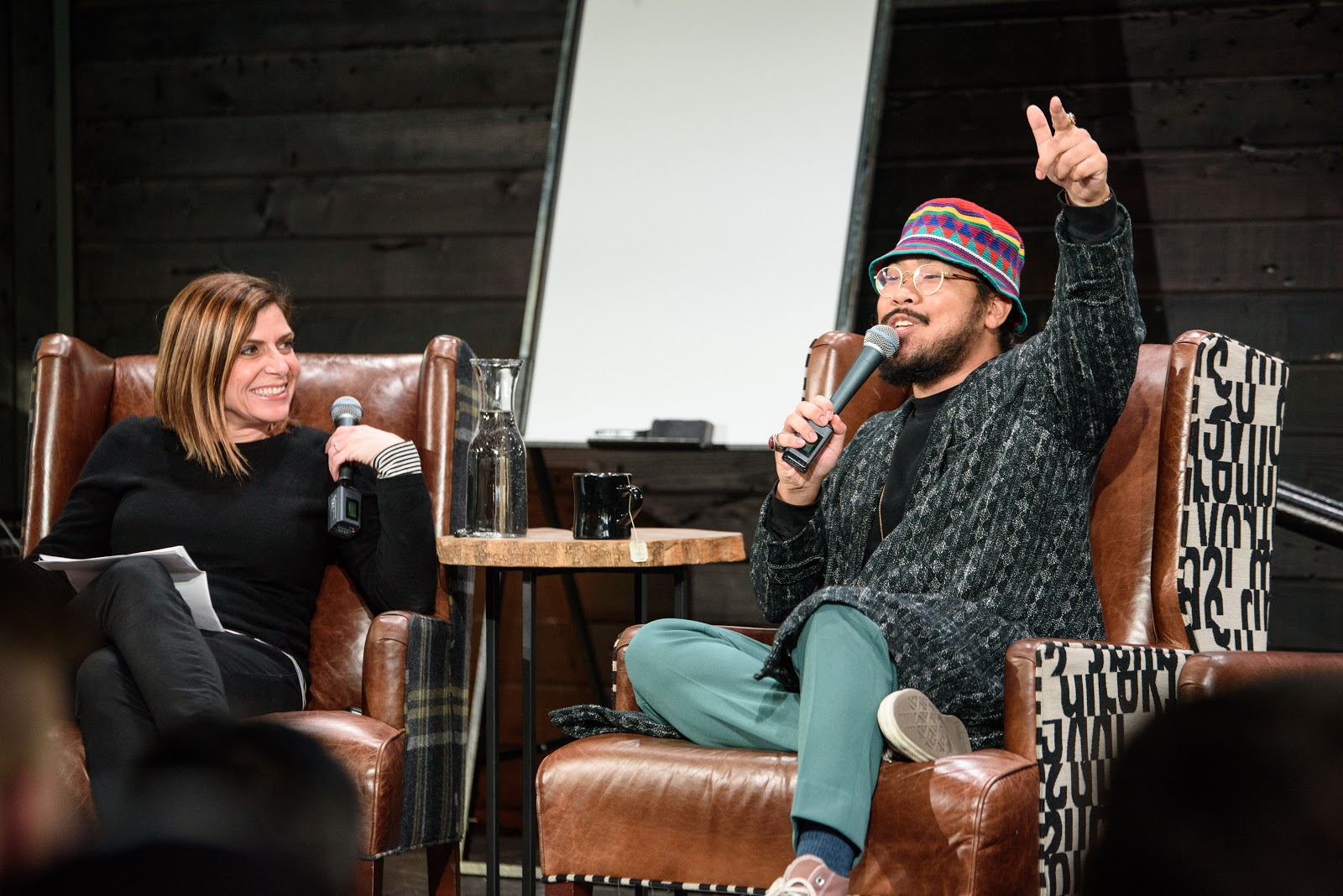 Verlinde references Malcolm Gladwell’s 10,000 hours of practice credo and points out that it must be 10,000 hours of deliberate practice on your craft, versus spending that time randomly practicing things that have nothing to do with the achievement you’re aiming to unlock. She speaks on her experience at BMI and brings up the point Paris made on not having to move to L.A., saying a lot of people come through her offices thinking that should be their goal. “Align yourself to the larger resources you have here without feeling you have to move [elsewhere].”

MNDSGN adds it’s better for yourselves and the music community if you work with each other. Paris notes, “People from the outside looking in think things are cliquey [here in Seattle]. But when you don’t take it personally, it’s just collectives of people that have reached out, that have made the initiative to meet with likeminded people.” She speaks on the experience of growing up on the Eastside and not being too aware of Seattle’s passionate music community before competing at Sound Off! and meeting artists like Travis Thompson and COSMOS, and artists in so many of Seattle’s corners doing their thing.

Verlinde brings up the question of the process of collaboration. How does it work, and what are the mechanics of it?

MNDSGN rhapsodizes the possibilities found in just inviting musicians to his place and jamming it out. “That’s where it starts, just trying to get a vibe going,” Verlinde asks him if he has a backlog of ideas. He replies that he does and also arrives at some ideas spontaneously, the latter of which he finds to be a particular source of creative fulfillment. 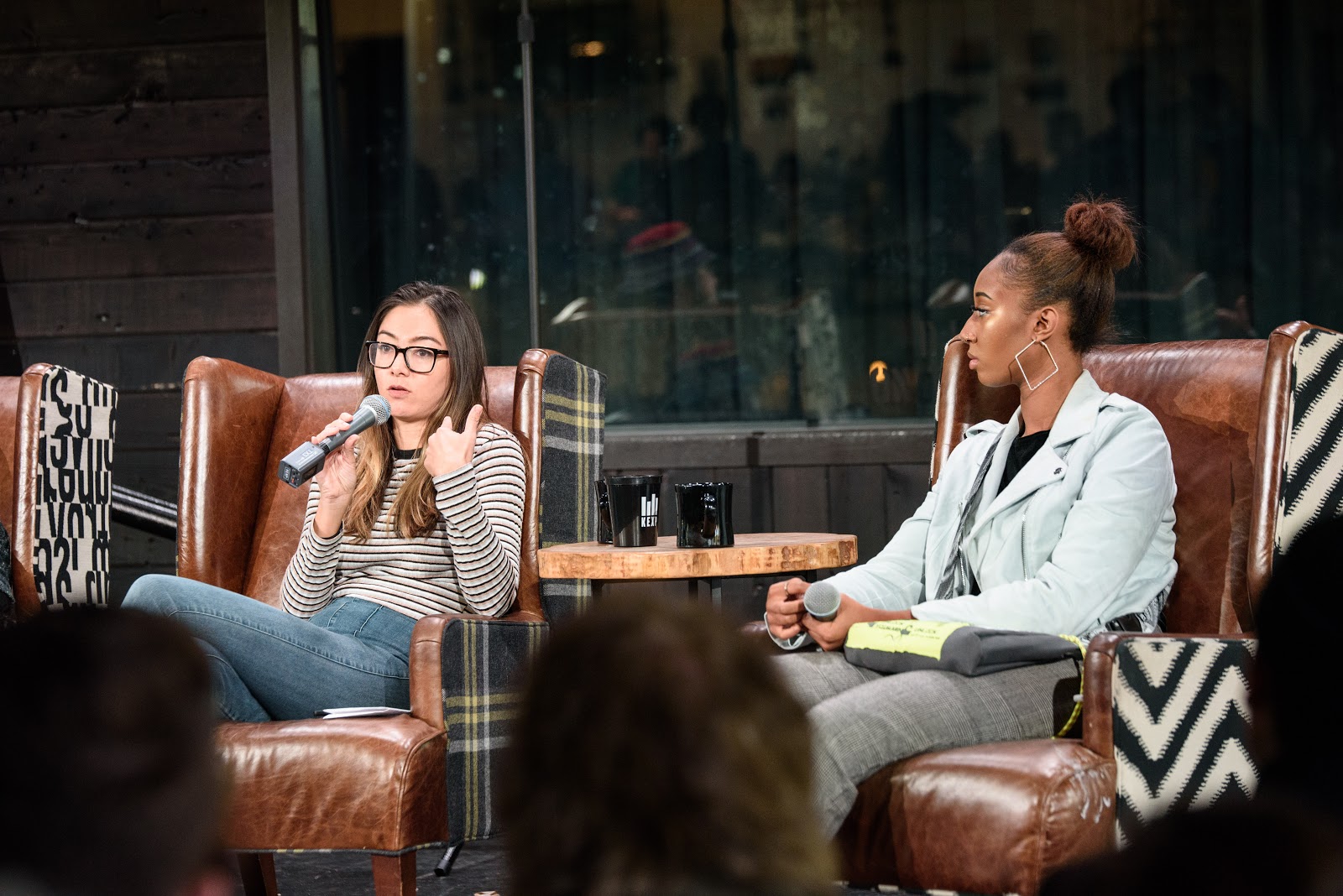 Wong-Wear notes the necessity of context; she engages in songwriting as an artist with a band and for other artists. She describes herself as a Type A personality who is very goal-oriented, so she feels she can get too hung up on the result. “At the same time, you can’t ‘goal-orient’ a relationship or a vibe.” Writing a song with someone is one of the most intimate relationships there is; it’s like dating, only you’re basically paired with a stranger and tasked to make something. “At the end of the day, we’re humans making music, so the human part has to come before the songwriting part.”

Paris agrees listening to each other is fundamental to a songwriting partnership; pride and ego have to be left at the door. It is very much like speed-dating, but going to and from sessions back-to-back creates a high; working songwriters are “able to capture every essence of life.”Wong-Wear adds, “You have to love songwriting because it’s not going to cut you a check the day of.” An adage of her friend Teal Douville is, “The biggest ego in the room should be the song’s.” Everyone there is in service of the song. 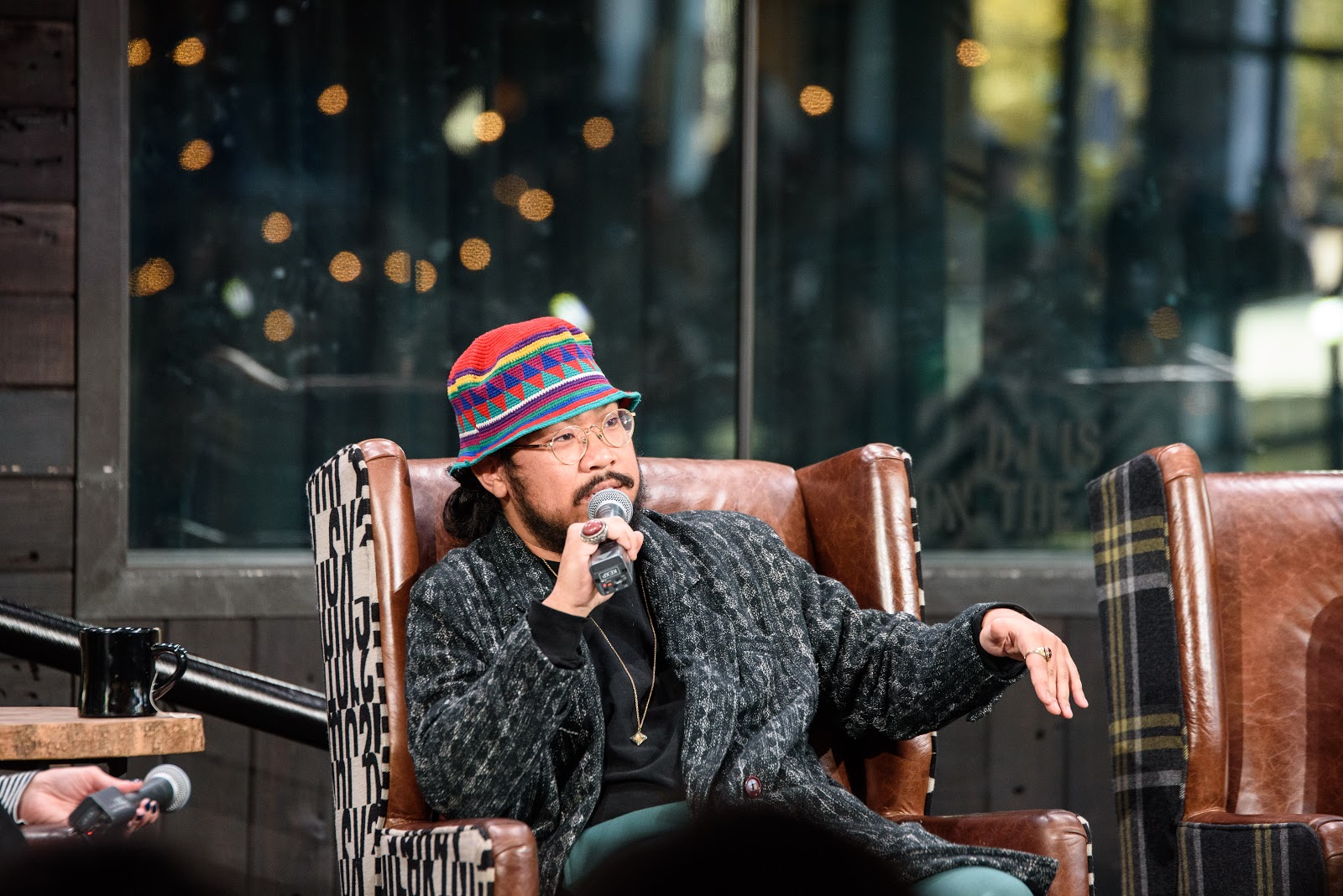 Verlinde circles back to the idea of intimacy in the room. She speaks to the experience of the writers she works with, and how there is often energy around voicing what keeps them awake at night, what their biggest fears are, and leaving the session forgetting their collaborator’s last name. “It takes an incredible amount of vulnerability and maturity and self-awareness that you’re going to write really shitty songs. And you have to be okay with that.” She asks the panel how they separate the songs they keep for themselves from the ones they share with others.

Paris says everything she writes is personal. She speaks again of the notion of songwriting as turning art into commerce. The process of exploring your feelings and putting what you find in a space to be sold is daunting. Writing very often helps; “the more you write, the less you get attached to each song.” Also, it gives you a better idea of which songs to hold onto, which ones speak to your soul to such a degree you know you have to keep it for yourself. She shared the experience of writing “Ballin’,” saying she was actually going to give it to Post Malone before Elan Wright urged her to keep it. 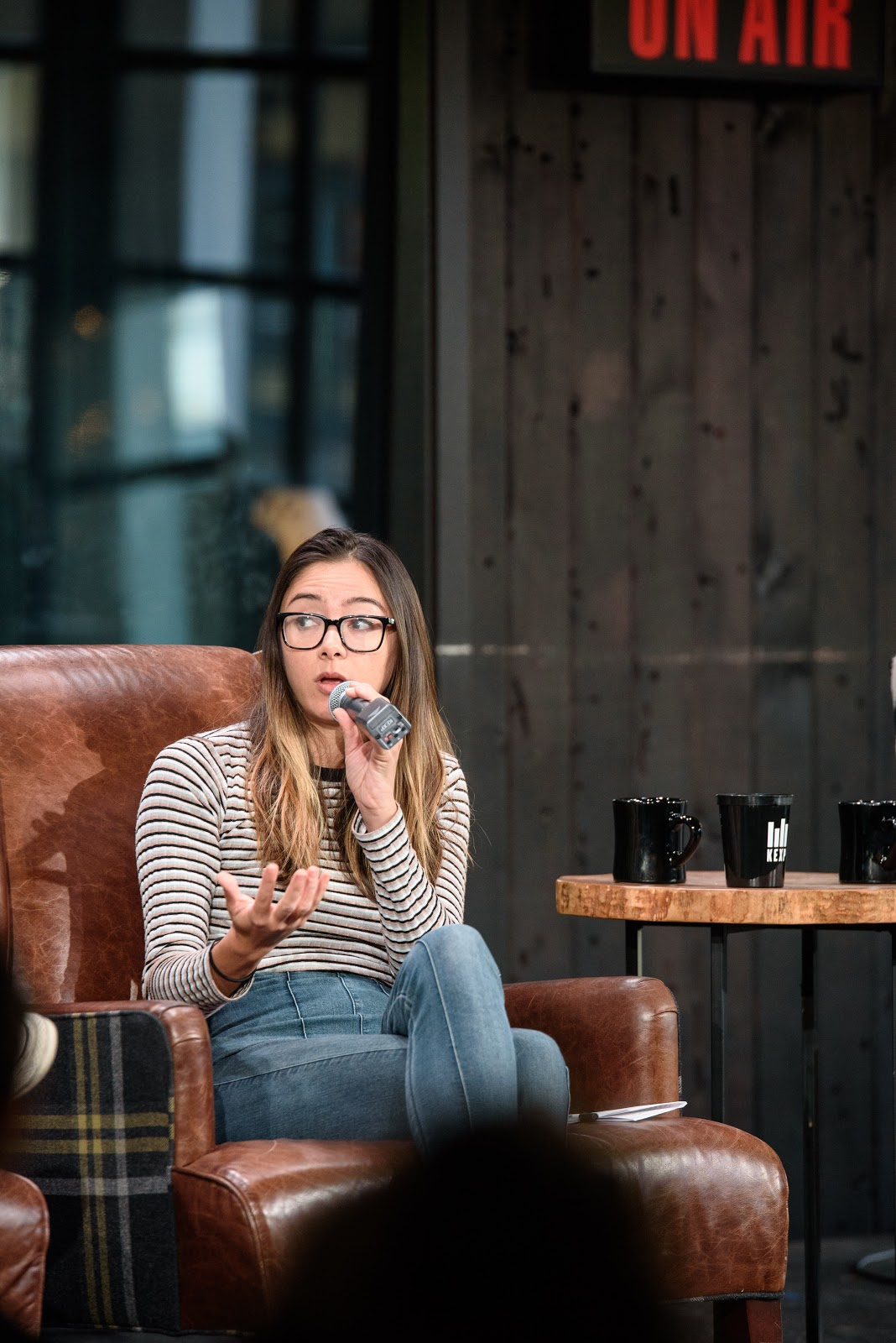 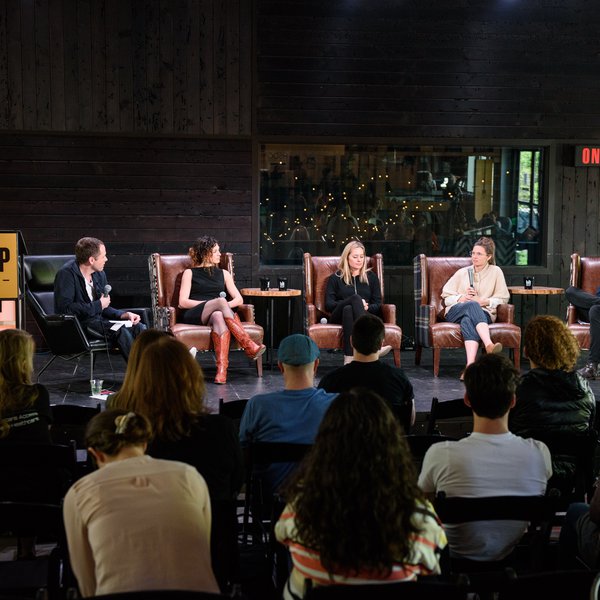 Mastering the Hustle: Health and Personal Care in the Music Industry