Throwaway Style is a monthly column dedicated to examining all aspects of the Northwest music scene. Whether it’s a new artist making waves, headlines affecting local talent, or reflecting on some of the music that’s been a foundation in our region; this space celebrates everything happening in the Northwest region, (usually) the first Thursday of every new month on KEXP.org.

Seaan Brooks has been on the ascent to the point where he’s raising his feature rates. He exists as a trenchant voice in his native Tacoma, weaving in and out of beats, ruminating over stress and regret and sorrow. Over the grisly results of running the streets; physical death leading to lying in a casket or potential spiritual death from a prison sentence. Brooks doesn’t find much value in rappers who read from scripts and carefully cultivate their personas, nor tough guys who are only tough when they press the “send” button on social media. Where he comes from, trust is the most precious commodity; a resource seldomly given or received.

He rides around with folks who keep peacemakers in order to keep the peace.

Brooks is an existentialist at heart, par for the course when you grow up in an environment where violence sweeps away a good number of the people you know and love. His work is heavy from the hand of death weighing it down, but there’s also a determination found in his themes, the drive to make substantial art before his timecard is punched by whatever higher power is out there. This is what made last year’s Heaven Only Knows such an immersive listen; there was an emotional urgency crouched within the moody soundscapes. He’s not necessarily haunted by the streets which raised him, because those streets are home. He’s haunted by cops dropping black bodies on the street, he’s haunted by setbacks and perceived mistakes.

Tacoma plays a big part in Keep the Peace, with an ETC-clad Brooks reminiscing on parties in Lakewood and getting 86’ed from Dirty Oscar’s Annex dozens of times. (Their chicken and waffle is well-worth getting kicked out of any spot for.) The music reflects that feeling, g-funk interpolations of the classic “Rock Steady” seemingly beamed straight in from 1992 sharing space with trap set pieces, nostalgia-heavy boom-bap, and strip club bangers.

A variety of tones exist on the album, reflecting a spectrum of moods coursing through Brooks’ mind. Rustling through his thoughts are the twisted fingers to signify affiliation (on “Solo Dolo,” he emphasizes this sort of brotherhood is about more than mere colors), the cats who press CTRL-V on your vision and dump it in their Google Docs, the faces behind glass in federal prison visitation rooms. He feels the crunch of people his age starting families while he’s pounding back brews and receiving nudes in his text inbox. He finds himself worried that he drinks too much and thinks too much.

Keep the Peace finds Brooks at a crossroads in his life, removed from running the streets but on the cusp of something he can’t quite reach. He strives to achieve his grandfather’s advice to be the best version of himself; he toils away in the studio, striving to use his talent to heal his soul and make a little cash in the process. And even still, the cycle keeps turning like double dutch.

I reached out to Brooks in hopes that he’d describe the songs from his excellent new album in his own words. Thankfully, he obliged and you can read his thoughts below.

Brooks: "With all the death and turmoil that has hit the city of Tacoma I just wanted to speak on what I was feeling. Song name coming from the quote 'give me my flowers while I can still smell them.' Knowing my generation has a lot of outlets to talk on situations. I chose to rap about it. I also want to set the tone of the album with something that would hit the listener right off the back."

Brooks: "This song is very important to me, might be my favorite on the album, talking on my life experiences growing up in this city. Going to parties with my older cousins and kicking it around 2006. I called it 'Landline' because not everyone had cell phones around that time, well, in my age group. You had to call the house phone if you wanted to connect, and that was the time frame and feeling I got from the instrumental."

Brooks: "Iʼll come out and tell the truth! THIS SONG ALMOST DIDN’T MAKE IT! My cousin liked the song a lot I didnʼt believe it fit the project at all. He forced this one on here and it was a major gem. I just wanted to rap about what I thought of the city and a lot of the hateful mindset people have on each other, but then will switch around and copy something when they see it working. That had to stop, we need more originality in music we have enough copycats."

Brooks: "The most fun Iʼve had on rapping on a beat in a while. It screamed partying and having a good time. The Showboys’ 'Triggerman' sample was perfect, that Memphis sound, That trap-rap feel I just wanted to talk my talk about my turn up days. Also talking about some more crazy situations that Iʼve been through recently. Itʼs a great mood change to the album so I love it."

Brooks: "This was a beat Khris P posted when he was shopping it online, as soon as I heard the track I hit him up. Going into it, I wanted to tell a story as always but this one flowed out better. Trying to switch the flow as much as I could to complement the track. Once I got done with it, I knew we had some heat. Shoutout to Khris P, he always comes with it."

Brooks: "One thing I want to say about this song is that I have always been a fan of the Whispers and their swag. That sample is one of my all time favorites. Talking about my uncles and ultimately talking about my experiences again. Playing off the sample creating a hook that would create a perfect song."

Brooks: "I really felt down in my mood making this but snapping back when delivering it, I felt like I had to go into a space where nobody could rap with me. Itʼs a solid track and I say a lot in bringing it to life. When it comes on, the drums hit different and the feel is dark and exciting."

Brooks: "The feel of this track made me want to rap. Itʼs one of the first songs I picked for this album. The hook put my in a mindset to just keep telling the truth and talk for the people who are in prison that still support and how I canʼt fall into that because then there would be nobody to speak for them. I hope they free my brothers & family behind the walls and I hope they do it soon."

Brooks: "I got this track from BIG JERM and I automatically felt the vibe of it, that groovy sound he liked to bring back in the early Mac Miller / Wiz Khalifa movement. The feel is great and it was honestly a sleeper when picking songs for the project."

Brooks: "'Sunny' is a track I donʼt really like speaking about but it was needed for the album to be complete. I wrote this song after losing my job, being temporarily kicked out the house and feeling like the world was just weighing down on me. Feeling like nobody I could trust or call on but it was a needed night when I tried to just find a place to lay my head. I wrote it that same night and it honestly kept me awake while sitting on a park bench a few blocks away from Walmart. Itʼs a difficult song to hear but like I said it was the perfect song to end this album with, Iʼm grateful for it."

"Well, I was going through a lot of transitions in my life and I — how do I put this? — I was intimidated and scared about all the decisions I was making with my career, with my personal life, and that song is kind of representative of how I went through making those decisions, if that makes sense….

"Ah, fuck it, I’m going to be specific. It’s about my girlfriend. We started dating last year and I was really scared about going all-in in a relationship again. The next couple of singles are very relationship-based, my personal experiences. And 'Two Colors' song is basically just about deciding whether or not to fall in love and going with it and falling blindly into it because you just don’t care anymore. And one of her eyes has two colors in it. So, yeah, that’s it! When [my manager] Austin asked me to come up with a paragraph about the song, I made it very vague. But now it’s just, like, 'No, I’m gay.'"

These are the words Alda Agustiano had to say to us about her single "Two Colors" when it was released in April, and now there is a gorgeous video to complement Agustiano's compelling soundscapes. The video for "Two Colors" is a love story, about coming together with the person who truly feels like your other half. Through highs and lows, through empty bus lots and elegantly lit rooms draped in curtains. It's a testament to Agustiano's vision that the music and images here go together so well.

October 7: Bleached, Dude York, and the Fabulous Downey Brothers at The Crocodile

October 25: Built to Spill, Prism, and Sea's Apprentice at The Showbox 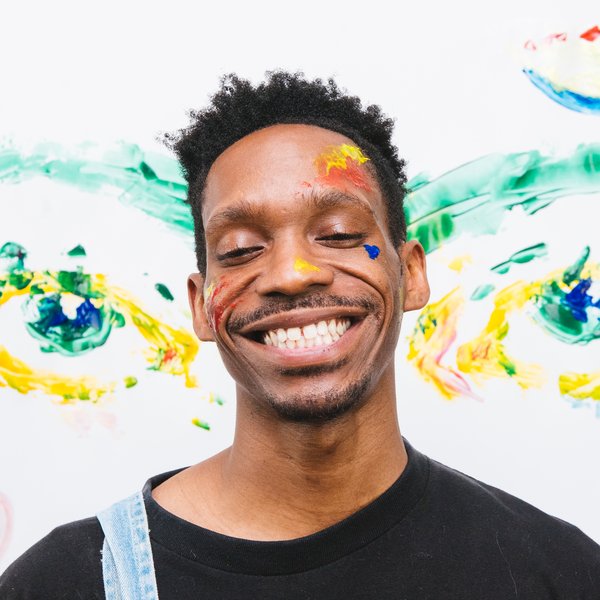 Martin Douglas speaks with the rising Tacoma-raised artist about rap music, art, and his promising career. 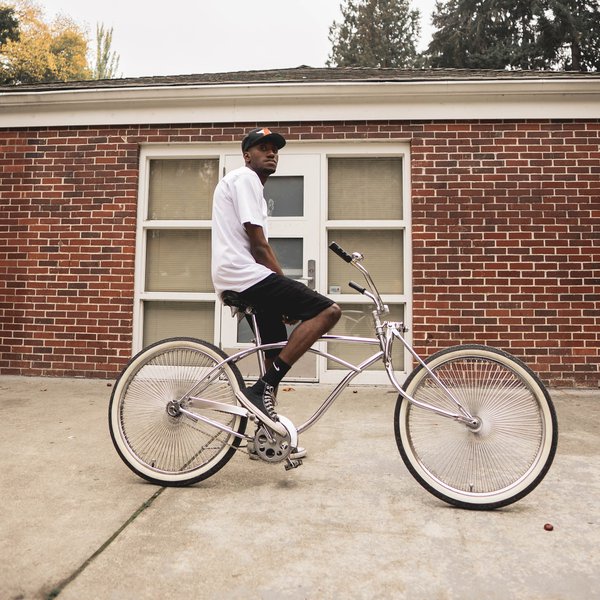 Throwaway Style: Seaan Brooks Tries to Maneuver Out of the Shadow of Death on Heaven Only Knows

The Tacoma MC takes a bold step away from the black cloud hovering over his life and into singularity as an artist.