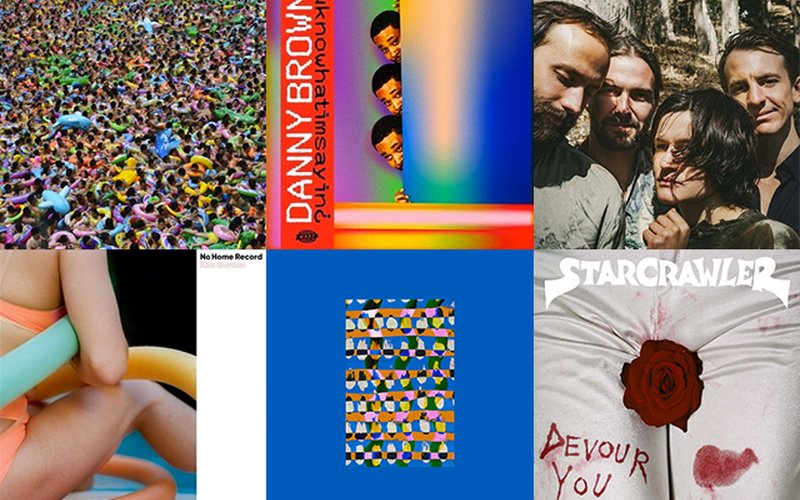 Each week, KEXP’s Music Director Don Yates (joined this week by DJs Alex and Abbie) shares brief insights on new and upcoming releases. See what's coming up this week below, including reviews for new releases from Big Thief, Danny Brown, Elbow, and more.

Big Thief – Two Hands (4AD)
This Brooklyn band’s fourth album (and second this year) is a powerful, intimate blend of folk, rock and pop. Featuring a more raw and visceral sound than their previous album U.F.O.F., Two Hands was mostly recorded live in the studio with the sound ranging from bare-bones acoustic to gritty, knotty grunge. Adrianne Lenker’s songs are some of her strongest to date, with sharply crafted lyrics blending the political and the personal. — DY

Elbow – Giants of All Sizes (Polydor)
This veteran British band’s eighth album is a strong return to form with a darker, more adventurous take on the band’s prog-tinged rock, featuring densely-textured, shapeshifting songs with bleak lyrics revolving around mortality, loss and a broken England, though hope comes at the end with a few odes to love and family. — DY

Kim Gordon – No Home Record (Matador)
The debut solo album from this LA-based Sonic Youth founding member is a potent set of experimental No Wave and post-punk, combining noisy textures and massive beats with her sneering vocals and impressionistic, often-biting lyrics revolving around consumerism and alienation. — DY

Vitamin D – Mama's Basement (self-released)
The latest album from veteran Seattle producer/rapper Vitamin D is a stellar set of his trademark back-to-basics hip-hop that's timeless, intimate, and memorable thanks to his brilliant sample-heavy beats and personal lyrics that touch upon his life growing up in the Central District as well as the changes he's witnessed as a lifelong Seattle native. Utilizing many of the same techniques he used in the late 1980's when he started making beats, Mama's Basement feels both nostalgic and fresh and serves as another reminder that Vitamin D has low-key been one of Seattle's most talented artists for decades now. — AR

Daisies – 2 (JGAP)
The Olympia supergroup drops their second effort just months after the debut, What Are You Waiting For? with heady acidic beats and ambient flourishes that nod to British raves that were outlawed in the '90s. There are some fun covers on here--"Paradise" is a version of Leslie Bricusse and Anthony Newley’s “Pure Imagination” from the 1971 film Willy Wonka & the Chocolate Factory and the other based on Bill Fay’s unreleased track “Cosmic Boxer,” which he recorded in the late 70s after being abandoned by major labels in the UK. — AG

Devon Welsh – True Love (You Are Accepted)
The second solo album from the Montreal-based former frontman for Majical Cloudz is a beautifully crafted set of intimate electro-pop, featuring a stripped-down sound with celestial keyboards and occasional spartan beats accompanying his poignant croon and lyrics of anxiety about love. — DY

V/A – Bad Education, Vol. 1: "Soul Hits" of Timmion Records (Timmion)
Helsinki's Timmion Records has been the Scandinavian equivalent of Daptone Records or the past 15 years as they've consistently served up top-notch throwback soul/funk records. Bad Education features 10 standout tracks from their catalog that were handpicked by the Daptone Records family in an effort to place a spotlight on this largely overlooked label. — AR

Common Holly – When I Say To You Black Lightning (Barsuk)
The second album from this Montreal-based artist (aka Brigitte Naggar) is a fine set of dark indie folk-pop combining an often-spare, atmospheric sound with lyrics revolving around mental health, relationship struggles and resilience. — DY

Special Request – Offworld (Houndstooth)
Inspired by the question, “What if Jam & Lewis signed to Metroplex?” UK producer Paul Woolford unveils his third album of 2019 under his Special Request alias and it's a sweet set of R&B-tinged, sci-fi-slanted electro jams with a strong retro-futuristic touch that does a solid job answering that titillating question. — AR

Joseph Arthur – Come Back World (Moonage Rebel)
This veteran New York artist’s 14th solo album is a well-crafted set of folk-tinged rock combining jangly guitars, a variety of keyboards and warm harmonies with his weathered vocals and lyrics of resilience and rebirth during dark times. — DY

V/A – The Time For Peace Is Now: Gospel Music About Us (Luaka Bop)
The second volume in Luaka Bop's World Spirituality Classics series is a stellar compilation of rare, funky, and powerful gospel music from the 1970s. Unearthed from obscure 45s found in attics, sheds, and crates across the American south, The Time For Peace Is Now presents a unique subset of 70s-era gospel inspired by the likes of The Staple Singers and Sly and Family Stone that preached a secular-leaning message focused on justice and how we exist with each other in harmony. — AR

Doug Shorts – ​​​​​​​Casual Encounter (Daptone)
Doug Shorts is a Chicago native and lifelong music journeyman who's been kicking around in relative obscurity since the late 1960s. His most well-known group, Master Plan Inc., fell victim to the many pitfalls of the music industry in the early 1980s, but their music saw new life in the form of acclaimed reissues on The Numero Group and Jazzman Records in 2013. Casual Encounter offers the most recent chapter in Doug Shorts' long-winding story – 6 tracks of timeless funk perfection recorded with producers Homer Steinweiss (The Dap-Kings, Menahan Street Band, Lee Fields & the Expressions) and Frank Dukes (Frank Ocean, The Weeknd, Drake, Post Malone) that have been shelved for nearly 5 years, but are finally being released as three 45s and as a digital EP on  Daptone Records, a label that's no stranger to revitalizing and recharging the careers of long-overlooked artists. — AR

Guerilla Toss – What Would The Odd Do? EP (NNA Tapes)
The latest EP from this New York band led by Kassie Carlson is a psych-tinged, rhythm-driven blend of dance-friendly post-punk and propulsive, intricately textured prog. — DY

Bakar – ​​​​​​​Will You Be My Yellow? (Black Butter Limited)
The sophomore EP from this emerging London-based artist is a promising set of expansive R&B/soul with a strong pop sensibility that features the brilliant throwback cut "Hell N Back," a distinctive retro track that provides the EP's most immediate highlight. — AR 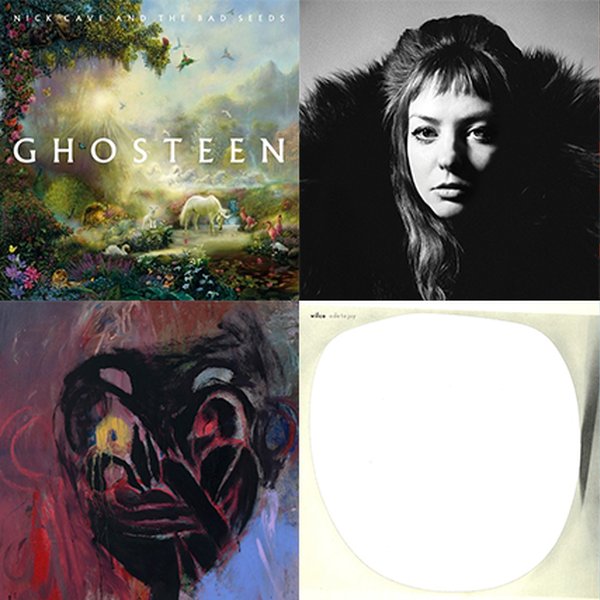 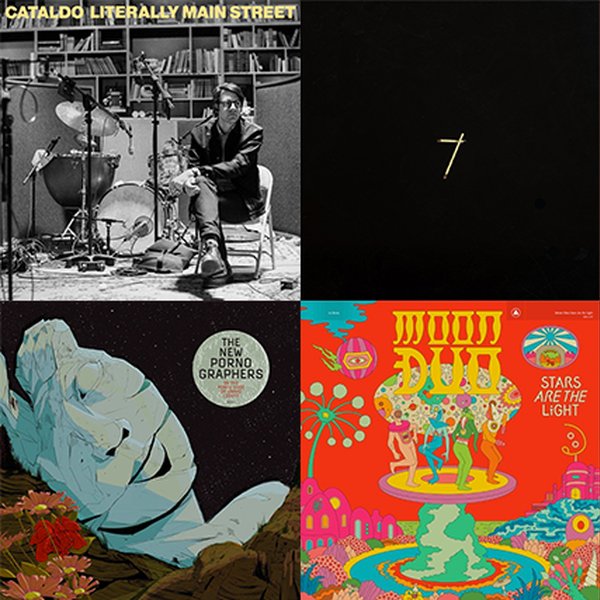 Each week, KEXP’s Music Director Don Yates (joined this week by DJ Alex) shares brief insights on new and upcoming releases. See what's coming up this week below, including reviews for new releases from Sault, The New Pornographers, Sturgill Simpson, and more. 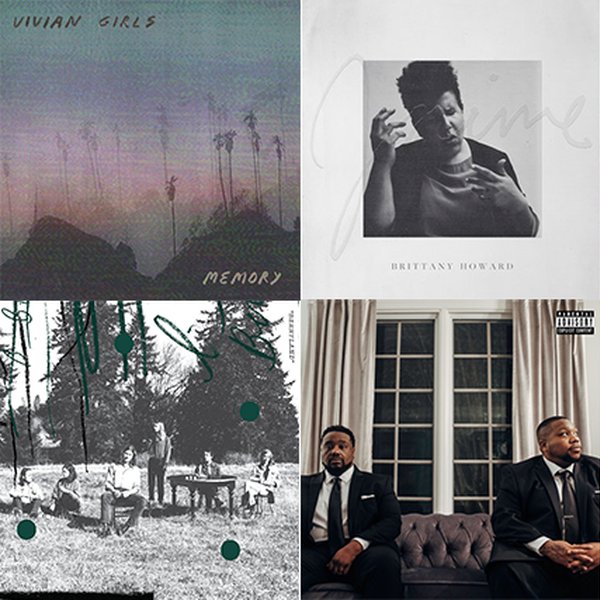