Oh, how I feel like a stranger here,
Searching for something that’s disappeared.
They’re digging for gold in my neighborhood,
For what they say is the greater good.
But all I see is a long goodbye,
A requiem for a skyline.

As we announced last month, long-running Seattle live venue The Showbox is being eyed for demolition by Vancouver, B.C.-based Onni Group, who has filed plans to build a 44-story tower with 442 residential units at 1412 First Avenue.

Inspired by the grassroots petition that launched shortly after the demolition announce (and that is close to 100,000 electronic signatures), Seattle City Council member Kshama Sawant jumped to action and introduced an ordinance to temporarily expand the Pike Place Market Historical District to include The Showbox. While this wouldn't give The Showbox itself a landmark designation, it will require Onni Group to get the approval of the Pike Place Market Historical Commission in order to move forward with their planned building.

In this short chat on The Morning Show with John Richards on Wednesday morning, Sawant and concerned resident/Death Cab for Cutie frontman Ben Gibbard, discuss what we can do to help #saveTheShowbox. 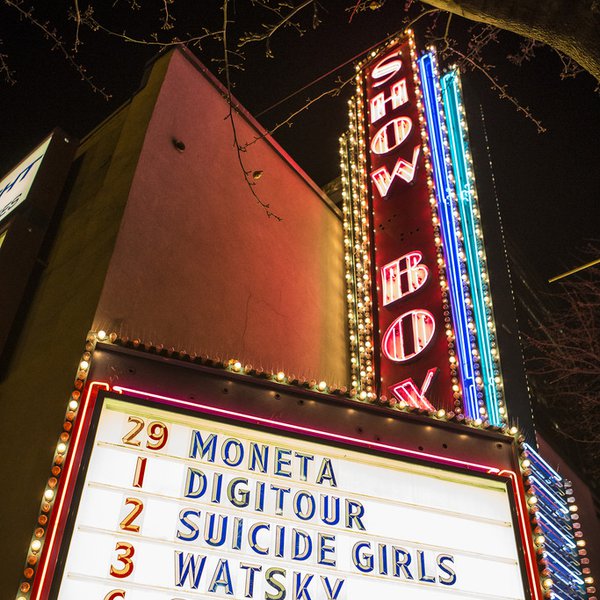 A 44-story tower has been planned where this venue has stood for the past 79 years.