Throwaway Style is a weekly column dedicated to examining all aspects of the Northwest music scene. Whether it’s a new artist making waves, headlines affecting local talent, or reflecting on some of the music that’s been a foundation in our region; this space celebrates everything happening in the Northwest region, every Thursday on the KEXP website.

The One Who’s Better Off. Sometimes it’s one station of a false binary, and sometimes it’s all too true a reality. After the harsh realm of a breakup, you see the ex who landed their dream career; the ex who is married with a gorgeous family and doesn’t really have to work, but has a thriving photography business because they could use the extra vacation money. Maybe you’re depressed and crying in bed every morning. Maybe your parents died. Maybe you flunked out of college and had to take an usher job at a movie theater.

Whitney Ballen can’t help but think she is the “other” in this dichotomy.

Penultimately delivered on Ballen’s debut full-length album, You’re a Shooting Star, I’m a Sinking Ship, the album’s title track is a rumination on feeling low in the throes of a breakup. Watching The One Who’s Better Off live their best life while hers circles down a clogged drain. Here, Ballen sings – her voice pained and periodically showing cracks – of the feeling of being down on herself and misunderstood, the sensation of slipping further and further underwater when she can’t swim.

Ballen’s music has been unfolding in a slow transition over the past number of years, from the glacial and spare Falls and entirely solo-electric Being Here is Hard to the present day. A quietly experimental streak courses through her songs; psychedelic hints of reverb, heavy blasts of droning distortion, bits and pieces of found sound. Her voice is reedy and vaguely elvish, frequently described as some iteration of “ghostly.” But it always sounded to me like she’s the one being haunted. By figures from her past, by her own memories.

Falls standout “Mount Rainier” is repurposed into a soaring, lush arrangement simply titled “Rainier,” the photo side of the lovelorn “I miss you” postcard going from a waterfall near the foothills to the skyline lacing around the trees. The handwriting reveals a bygone lover revealing her restraint from calling about utterly ordinary things like how good her coffee is, and deep revelations like the depth of her feelings for the postcard’s recipient.

Angel Olsen-esque in its graceful, dignified, and affecting take on rock ‘n roll, “Mountain” finds Ballen standing naked in the water with an increasingly distant paramour, silently wishing the mountain would sweep underneath her feet and carry her away. Below its melancholy, “The Kiss” has a wistful air of accomplishment. The song sails along a steady tempo as she sets a scene around the meeting of lips and hearts, using the word “we” for one of the few times on the album as the music scales to a soaring climax. Of course, like most happy moments depicted on the album, it is delivered in the past tense, but the sentiment is potent. “We did it, we actually were in love.”

“Fucking,” a song Ballen has been kicking around for a while, serves as the album’s highlight; a showpiece of jealousy, infidelity, and self-deception. A woman with soft hair, artfully torn (probably designer) jeans, and a nose piercing. Ballen’s validation of her own feelings, quickly brushed off by the completely false notion of lol these are just songs and they don’t mean shit. And the central lyric guiding the song, as straightforward and devastating as any lyrical couplet that has levelled your emotions and stuck with you throughout the years: “I don’t get any sleep/I’ve got visions of you fucking her in my dreams.”

When what could be accurately described as a breakup album is specific enough, the narrative thread is easily traceable, taking you on an emotional journey it’s easy to believe the artist went through themselves, down to the letter. The brooding, foreboding “Black Cloud” quickly lets out the torrential downpour therein; a rainstorm in the middle of the rocky period of a relationship that always leads to a breakup. The tense and stressful conversations, the words which sting a little too hard.

Pummelling and squalling at a brief but not very brisk 1:40, “Nothing” feels like the culmination of a relationship, leading into “Moon,” which is even more of an emotional gut punch. “Moon” signifies the moment when you know a relationship is really over, with its full-hearted display of gratitude, it’s framing of a relationship squarely in the rear view mirror. In the bitter arguments, time spent apart, and hurt feelings, a glimmer of reconciliation always exists, because you’re still fully present in the reality of the relationship. The conversation that goes, “Thanks for everything, thanks for showing me a thing or two about love” is emblematic of closure. There’s nothing left to fight for or against. The book has been shut.

Closer “Beyond Years” explores a much different sort of closure, from the perspective from a widow at the tail end of decades of marital bliss. Depending on your perspective, it could play out like the aberration or the warp-speed flash forward. The song is a powerful lesson in realizing sometimes losing a love is not about whether or not you’re The One Who’s Better Off. As Ballen softly sings about the things this character and dearly departed love of their life shared, rummaging through things and feeling their presence – “At least in my dreams,” she adds in closing – the album fades out with the admission that everything ends, and sometimes the peace that comes with knowing it happened is the greatest reward.

Chong the Nomad Releases New Single "Ghosts in the Shower"

Literally two hours after I finished up Throwaway Style last week, Seattle beatmaker extraordinaire Chong the Nomad tosses out a startlingly good new song. Vaguely reminiscent of Aaliyah's historic work with Timbaland in the late 90's – with the added lighthearted benefit of sounding like a cartoon theme song – "Ghosts in the Shower" has a deep bounce, an avant-garde facility in making music out of not entirely musical sounds, and, to be honest, kind of silly. (And let's be honest with ourselves, the silliness of the baby cooing sounds in "Are You That Somebody?" is what took the song from "pretty great" to "god level.") All in all, it's a ridiculously good look for the hyperimaginative, prodigious producer.

August 25: Ever So Android, Among Authors, Dirty Dirty, and Fruit Juice at The Crocodile

August 26: The Sonics and Acid Tongue at Alma Mater Tacoma 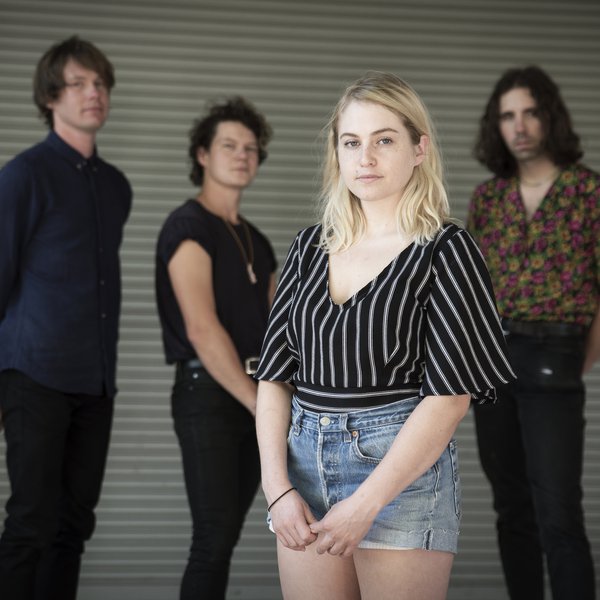 Whitney Ballen shares the third single from her forthcoming album You're a Shooting Star, I'm a Sinking Ship 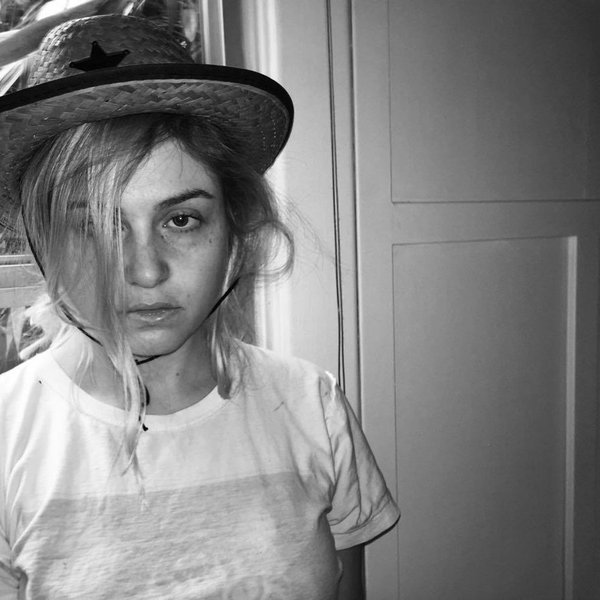 The Issaquah singer/songwriter vacillates between squall and sparsity in her detailed and heartbreaking work. Ahead of her Upstream Music Fest performance on Sunday, June 3rd, we take a look at singular and emotive work.