The Ballad of Nobody: Mitski Crafts an Astounding Examination of Loneliness with Be The Cowboy 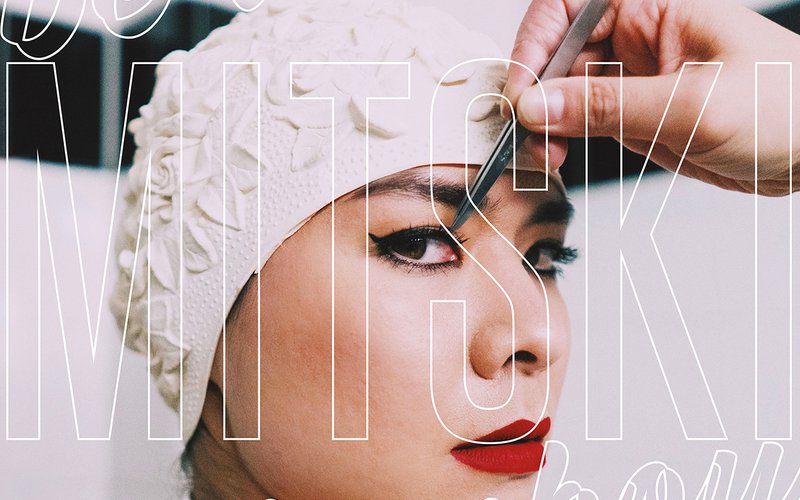 Nobody shows up frequently on Mitski's latest record, Be The Cowboy. On “A Pearl,” it’s Nobody who tells her the war she fell in love with had ended while she rolls the titular pearl in her hand, wanting for something more. “Lonesome Love” finds her proclaiming, “Nobody butters me up like you, and nobody fucks me like me.” And, of course, there’s the song “Nobody,” swelling in a chorus of the word repeated again and again, twisting and turning inflection in her perfectly poised voice – nobody, nobody, nobody. And while her latest record Be The Cowboy may be her most engrossing, evocative, and spellbinding work to date – filled with character portraits of women who’ve longed for love but never get what they’re due – she twists emotional transparency by embracing a sense of nothingness. She embodies a nameless idea. She becomes Nobody.

In 2018, Mitski is far from being Nobody in a literal sense. It’s been a continual climb into the public conscious since she unleashed “Your Best American Girl” into the world on 2016’s phenomenal Puberty 2, a song that justly was met with praise and heralded rightfully by critics as a defining rock song of the decade. She’s toured the country multiple times over, most recently opening arena shows for Lorde and Run The Jewels. While she’s been critically-adored and amassing a fervent fan base for years, Be The Cowboy comes with the most “hype” of her career. And yet, listening to the record, you get the sense that Mitski is overcome by a feeling of distance, of isolation, of disappearing right before our eyes like a noir cowboy riding off into the sunset before the credits roll down the screen.

The songs on Be The Cowboy don’t linger long in a literal sense. Most songs clock in within the two-minute range and the entire LP is a brisk 32-minutes. Yet each song feels like a dense portrait in itself. It’s easy to consider each song portraying a different character, or at the very least a singular caricature that Mitski embodies with her voice – her voice being a freeform spirit in itself, steadily traversing between the sputtering opener “Geyser” and the disenchanted disco of “Nobody,” seemingly unfazed by the brilliant sonic leaps. In interviews, Mitski addresses the different perspectives she’s amalgamating on Cowboy, referencing the lead film roles in 2001’s The Piano Teacher and 2018’s Beast. But more importantly, she sees the narrator on Cowboy as an extension of herself.

“I noticed a personality in me that was very obsessed with control and feeling like I have power — because I am powerless and don't have a lot of control,” Mitski recently said in an interview with Fader. “So I kind of investigated that person in me. What is the exaggerated form? Well, it's a woman who's incredibly controlled, severe, and austere. But maybe there's some kind of deep desire or emotion that's whirling around in her and trying to get out. Maybe she's losing control.”

The warring feelings of wanting to have control and feeling like you have none is felt intensely throughout Cowboy. It’s within the lightning strike riffs storming down in a defiant rhythm at the beginning of “Remember My Name” and it’s there in the quiet, rumbling fog of the breathless “A Horse Named Cold Air.” Each song could exist in its on world, a whole albums worth of sonic territory to be explored. Yet she juxtaposes them against each other here. It’s a wonderful chaos she’s created. There might be no better way to explore the depths of our own tumultuous, sometimes conflicting emotions, than to line them up side-by-side. It’s a gamble that might fall apart in less capable hands, but Mitski is masterful in everything from her songwriting to her sequencing. Having the album run across only a half hour begs it to be repeated, to absorbed again and again.

“Geyser” peers open the record, a low drone bellowing beneath Mitski’s methodical pleas: “You’re my number one. You’re the one I want.” Slowly the song builds out, peeling back the drones to reveal a soaring climax of amplifier feedback and strings – Mitski’s voice leading the charge until her final conclusion: “I will be the one you need, I just can't be without you.” Mitski has called the opening track one of her “vaguest songs,” but that’s exactly why it’s the perfect, ambiguous opener to the record. More than a narrative, “Geyser” establishes a feeling. It’s cleansing swath of sound, setting an emotional intention for what’s to follow.

When Mitski sings “Nobody,” she’s pretty upfront with her loneliness – quite literally opening with, “My god, I’m so lonely.” But even if she didn’t, you can still feel the desperation in her voice against the bouncing disco rhythms and dazzling, chopping guitar. At one point she references a NASA article about Venus experiencing global warming, wondering too herself “did it’s people want too much?” Mitski finds herself relating to Venus, wanting more love. She begs for “one good honest kiss.” She’s exhausted from trying to shape herself into something someone will love, but feels like the effort’s become futile. It’s a similar feeling she capture in “Me and My Husband,” playing the role of a wife vying for her husband’s affection. And again on “Washing Machine Heart” where she entices her would be lover with new lipstick and confesses that she knows whom he’s really thinking of when they kiss. And that’s what it’s like to feel like a nobody. To want to feel something so bad only to be passed over again and again. That Mitski chose a pop format to funnel these feelings into feels like an ode to the genre itself, a time-long tradition of harnessing the dreariest depths of the human soul into a snappy beat and sing-a-long melody.

All these swirling sentiments come to a head with closer “Two Slow Dancers.” Once again, Mitski imagines herself as one half of a crumbling relationship. She envisions an older couple, embracing and dancing together one more time as they dream about how “it would be a hundred times easier if we were young again.’ And the dance goes on, gracefully moving and contemplating the abyss. Still wanting love at the end, but not wanting a single moment of bliss to fade away.

Mitski continues to prove she’s one of most vital artists under the “indie rock” umbrella. A miraculous fusion of avant garde, poetic narratives and punk rock pacing, Be The Cowboy is possibly her best work yet. That’s a feat, given the astounding albums she’s already given us, but it’s just another milestone she’s sure to continue building upward from. Mitski herself is certainly not a “nobody” at this point from an outside view, but she unwraps notions invisibility in a way that cuts to a deeper anxiety that resides within many – if not all – of us. 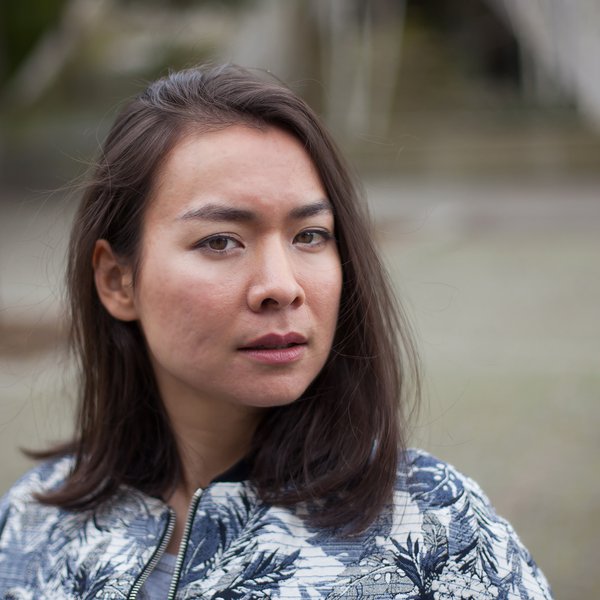 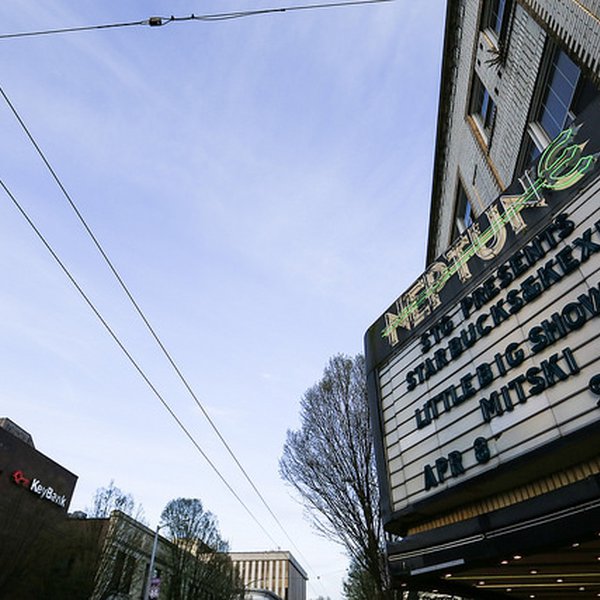 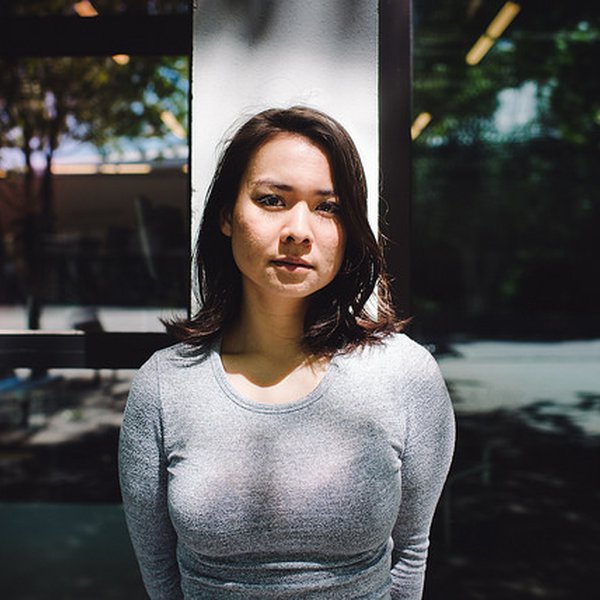 Song of the Day: Mitski - Your Best American Girl