Molly Rankin of Alvvays Talks Influences and Inspiration with KEXP

Toronto band Alvvays has released two albums of vibrant pop music since 2014, for which they have deservedly gained a loyal international fanbase. 2017's Antisocialites further developed the band's sound but maintained their tight song structures and dark sense of humor. Midway through a lengthy summer tour, and a number of performances at music festivals, Alvvays played the 2018 Capitol Hill Block Party. Just after an excellent set on the festival's main stage, frontwoman Molly Rankin spoke to KEXP about the effectiveness of cover songs, travel delays, and the struggle of making music videos. Rankin's self-lacerating wit was fully evident throughout. The conversation started on the topic of Teenage Fanclub, of whom Rankin is an outspoken fan.

KEXP: What in particular about [Teenage Fanclub's 1991 LP] Bandwagonesque appeals to you as a musician and listener?

Molly Rankin: There’s something uniquely melodic about each song, and they flow together so well. “Is This Music?” is probably my favorite song by them, or maybe ever? That sounds hyperbolic. I do often say that if I have a funeral I want someone to bring a ghettoblaster and press play when everyone walks in, and it’ll play “Is This Music.” It’s just so cathartic for me. I also think Teenage Fanclub is the rare band that can get away with having more than one singer. That’s not something that every band can pull off well. You often have to simplify things in order to have people gravitate towards them.

Do you see Bandwagonesque’s influence catching up to you when you write songs, and continuing to be present?

Oh, definitely. Even the things I’m writing now. I keep on asking Alec [O'Hanley, Alvvays guitarist] is this a Teenage Fanclub song? He keeps saying no, but in my head, I think I need to go back through the records and make sure. Sometimes you have to call yourself out. You don’t want to be lifting other people’s work, because sometimes other people will find out before you do, and then you feel like an asshole.

Has Teenage Fanclub’s influence on you changed since you’ve worked with [Fanclub frontman] Norman Blake?

I think he’s been most involved with us in a friend capacity. We haven’t actually recorded anything together. We covered one of his songs with him in Ontario. Other than that though, he’s a busy guy and spends a lot of time in Scotland so we haven’t worked with him at all. We still listen to his stuff though. When you put it on, it’s just so bright, and it ages so well. Often things I loved six months ago don’t feel the same way when I put them on now…

Which is rather heartbreaking as someone who loves music — to have that constant churn.

That’s very true… It ended up taking two days to get here. We missed our connection and got trapped in the airport, so we had to stay in San Francisco at this very bizarre Comfort Inn. But traveling can be kind of fun sometimes because we bring a deck of cards and hit rock bottom together. We have to find card games that don’t bring out the worst in us though. For instance, we know that Kerri [MacLellan, keyboards] and Brian [Murphy, bass] can’t be on the same time together because they’re bullies. Kerri's so nice, but there’s a hilarious switch that flips when we play cards and she turns into a beast. It’s very funny for everyone to observe. Otherwise, she’s a lamb.

What do you think is the power of a really well-executed cover song? You’ve covered Kirsty MacColl, Camera Obscura, and Deerhunter, among others.

Normally we just choose something that’s in my vocal range. I have a very narrow range so we can’t cover that much. But other than that, it’s nice to take something that people probably haven’t heard before which has caught your ear and present it to them, make them wonder if it’s something you wrote. Then they look into it, and maybe discover something new. It's about planting little seeds in people. And Kirsty MacColl is such an incredible artist. A lot of people don’t know her story, but it's just fascinating. We all loved her, and I was listening to her when I was listening to Teenage Fanclub and The Smiths. Also, “You Just Haven’t Earned it Yet, Baby” is a pretty great cover song. It's really hard to cover The Smiths.

What about the music of Camera Obscura appeals to you as a songwriter?

[Camera Obscura frontwoman Tracyanne Campbell] is so good at longing and poetry and being endearing without being annoying. There’s something about her lyrics that I just buy into. Her voice is so unique and pure, and those recordings are ambitious and beautiful. They did a great job placing arrangements around her vocals, and I don’t think we quite pull that off all the time.

Do you find it productive to emulate the music you love? Is that a good approach for a songwriter?

I think normally you take something and sink your teeth into it as an influence, and eventually, it comes out sounding like something you did. I think most of the stuff that we have done has ended up sounding like us regardless of how we try to emulate our influences. I do understand that being derivative also has its pitfalls. I don’t know though, the future is pretty bleak. Going backward can be comforting.

And there’s a beauty to it. Creating your own version of the past through a cover song, for instance.

Yeah, you can definitely make old things new again. If there are new melodies, then who cares?

The band Television Personalities has come up a few times in other interviews with Alvvays. What about Dan Treacy interests you?

His hopelessness, his humor, and his demise are just so beautiful. It’s a commonality with someone like Stephen Merritt [of The Magnetic Fields]. I’m really not sure he’s meant to be humorous, but just by documenting it, he knows that other people will be listening to it and it’ll rub people that way. Either way, I always liked that about Treacy and Stephen Merritt, where they poke fun at how pathetic they might seem. Dan’s such a character. He said one time that he doesn’t care about making art, he just wants to be loved. He just wants to love somebody. Hearing those words from him is pretty wild because few people are willing to say that outright. There’s a whole documentary about Television Personalities that came out recently. It's probably available on the internet somewhere...

Do you like the process of recording music videos? Is that something that comes remotely naturally to you?

We hate music videos... They are the worst. We’ve thrown out probably five of them. It’s something that labels always want and that is really hard to make. It’s just really hard not to look like a loser. Even the ones that we have released, we have just been okay with. Actually, the “Dreams Tonite” video was one we were all excited about because we love [Canadian filmmaker] Matt Johnson. The video for “In Undertow” was great too… when you’re collaborating with people who have creative visions, it can get heated. When you eventually get on a set with people who are being paid to be there, you can’t really be a selfish, shy asshole and ruin a bunch of footage. You have to let your inhibitions go and look into the camera. It’s like going to the dentist. Same with photoshoots, all the stuff like that.

Antisocialites is out now via Polyvinyl Records. 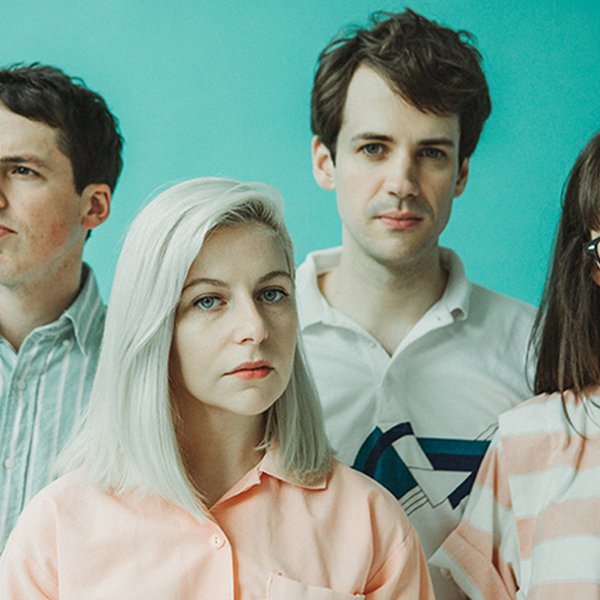 Song of the Day: Alvvays - In Undertow 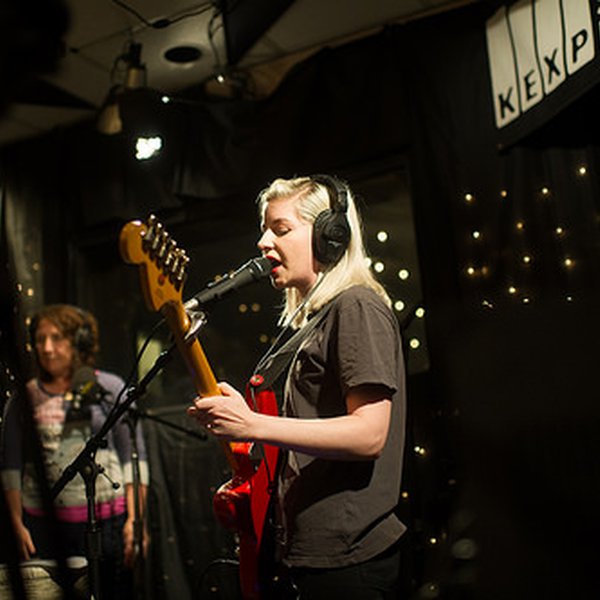 Canada’s musical climate got a couple of degrees cooler this year with the debut self titled release of Toronto’s Alvvays. During their journey through Seattle, the band turned the KEXP live room into cosmic ocean of tranquility with their gleaming melodies, luxurious tones and the haunting beaut...