Trampled By Turtles Talk Perspective From Hiatus, Reframing Bluegrass, and Their New LP Life is Good on the Open Road

Dave Simonett, lead singer and principle songwriter behind the raucous Duluth, Minnesota-based bluegrass band, Trampled by Turtles, has come full circle. After a year-plus hiatus away from the boot-stomping group to record and tour solo, Simonett has returned to the band and, together, they’ve created a joyous, thoughtful new album, Life is Good on the Open Road, which you can stream here. When listening to Trampled, you immediately pick up the richness and fullness of the music, born from the group’s thick-as-thieves comradery. From the bumping, “Blood in the Water” to the melancholy, “I’m Not There Anymore,” the group continues to be at its best. And we wanted to catch up with Simonett to talk about the album, reconnecting with the Trampled vibe and how living on the road has impacted his life.

KEXP: How did you begin writing music?

Dave Simonett: Good question. I have no idea. I started playing guitar in high school at some point. And I bought this old $50 Yamaha from a friend of mine and I started learning songs. I think the first time I wrote my own song, I must have been 18. I went to college for a year and I remember writing in a dorm room. But I don’t remember any specific event making it happen. Somewhere in there, I always wanted to do it. I think I just went for it one day - but I’m sure it was pretty terrible.

What does bluegrass offer you that other forms of music might not?

Well, initially, I got into playing bluegrass - or string-folk or whatever you want to call it - almost as kind of a novelty. All of our band, or most of it in Trampled, was playing in more rock-leaning bands at the time. But we were all curious about having something to do on the side and we started looking into the music a little bit. I found an old Bill Monroe record - this was the early 2000s, so I was at a record store. It was harder to find that kind of music, at least for me at the time, living in Duluth, Minnesota. I didn’t grow up with any of that stuff. And I was mystified by it. I said, “Let’s try something like this.” Nobody in town was doing anything like it at the time. Initially, it was more of an imitation. I was looking at that music and saying, “I want to do that.”

And once we started, once it became all of our focus, we decided to keep the instrumentation but write songs how we did before for rock bands. We wanted to do our thing with it. I honestly think that it might be the limitation [of the genre]. The acoustic instruments, cutting out a lot of the sounds - one electric with a pedal board, it would sound like infinity. So, staying within the framework created this interesting endeavor.

Do you remember when you fell in love with what a band could be?

Well, I think it’s still happening. I don’t remember a particular time, but I do remember wanting to be in a band before I knew what it was as a kid, hearing music and imagining myself playing it without ever having played music with other people before. It’s still a mystery, though. All of the unconscious behavior and unspoken stuff that goes on in a band on stage. It’s so exiting. Now probably as much as it’s ever been.

It can be hard being in a band!

It’s like any long-term relationship. There’s a lot of give and take. If you find the right people - I feel like I have that with Trampled. We’re the same guys doing this thing together for so long. We fit together musically - that’s great and all that. But if you guys can get along - you know, you can be the best band in the world and if you can’t spend time together no one will enjoy it.

What have you learned about yourself after being on the road for so long?

Lots, man. That’s a big question. That’ a long time, you know? I’m a 38-year-old dad and when I stated I was 23 and carefree. A lot of - life continues while you’re on tour. But I guess one thing I’ve learned about myself is that the lifestyle fits me. Everybody gets sick of everything and I can get sick of traveling and I want to come home, but I always get excited and want to do the thing, to go back out again. It’s a good fit as a career choice.

Trampled recently went on hiatus for about a year. What did you learn about yourself as an artist during that time?

For me, it was really healthy. Especially as a songwriter, a really healthy thing for me to do. I needed some space from what’s been my normal for so long. In any creative endeavor, you do yourself a disservice if you don’t switch it up a little. In music, playing with different people, different instruments, touring in a different manner, all of that stuff put together was a really healthy and exciting and invigorating experience for me. And it made me appreciate Trampled more and become really excited to do it again.

Once you got going, the band wrote and recorded Life is Good on the Open Road fairly quickly. To what do you attribute the output?

Well, that’s happened with me over the years once in a while before. When I started writing, I didn’t know the songs were going to be Trampled songs. I was just writing. But I think actually once we all decided we wanted to make a record together, it was a pretty good motivator to get some songs done. It can be kind of an abstract process, but if I get a deadline in my mind, that can really speed things up. I think we got together at a time when this stuff was flowing pretty easily.

What themes were you trying to explore in the songs?

I rarely do [that intentionally]. Sometimes I do. But it’s usually, for me, I just kind of write. Those things are probably there but probably subconsciously. They seem to turn up when the project is coming together. But I think it ended up pointing towards the state of mind I was in at the time. Looking forward to getting out again and traveling and playing music. Stuff I really started to miss. I think I spent a lot of time dwelling on the negative, but now I’m shifting gears to stuff I really love.

After recording the album, what did you find you learned about your relationship with the group?

That it’s still just as strong as it’s always been. I didn’t really doubt it, but you just never know. The second we started working in the studio, we were all smiling. Just to know that we are able to take some time away from things once in a while, which is good, and we should do that again in the future too. But to know that thing I loved about the band - you know, they say you can’t go home again, that everything changes, but this is one of those times when it feels like we were able to come home. Just like it did ten years ago. 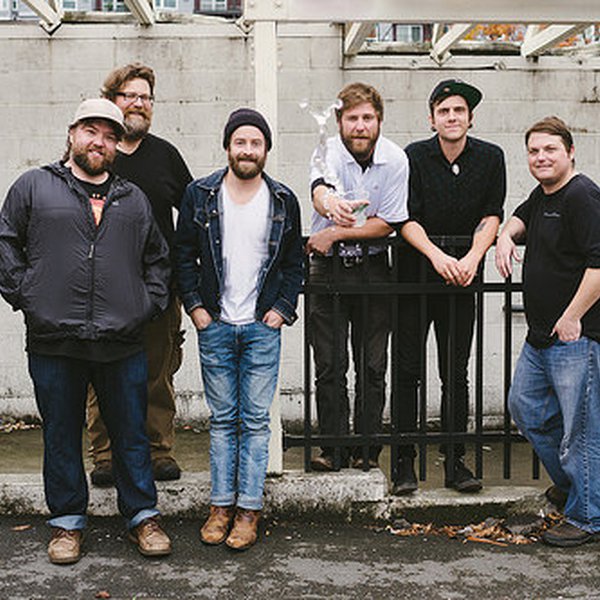 There are two main takeaways from Trampled By Turtles' KEXP in-studio session last October: that these guys have serious technical chops and that they've got the songs to put them to use. The Duluth, Minnesota, quintet's latest album, Wild Animals, features some of their most emotionally resonant... 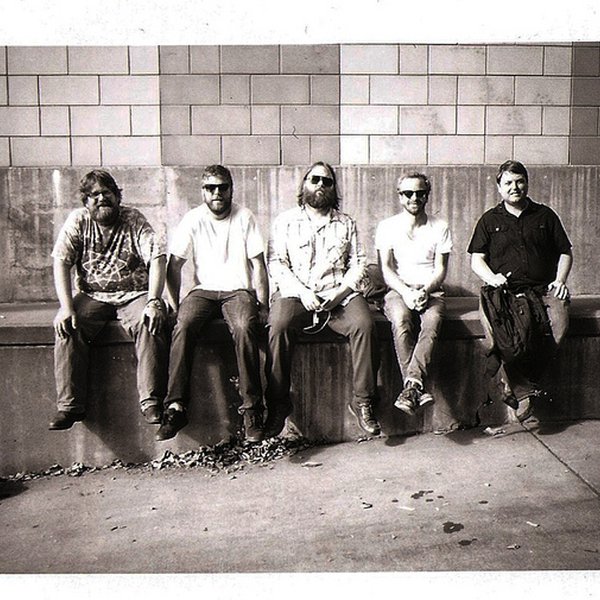 Song of the Day: Trampled by Turtles - Are You Behind the Shining Star?

Every Monday through Friday, we deliver a different song as part our Song of the Day podcast subscription. This podcast features exclusive KEXP in-studio performances, unreleased songs, and recordings from independent artists that our DJs think you should hear. Today’s song, featured on The Morni... 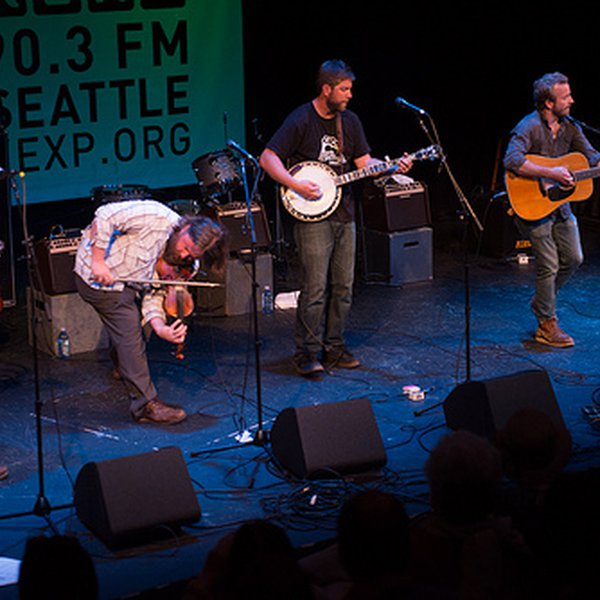 Side by side, Trampled By Turtles took the stage during KEXP's broadcast from the Bumbershoot Music Lounge. One can only imagine the roller coaster ride it’s been from the band’s first days to their recent Bumbershoot performance. “The first year of existence of this band was also the last year o...