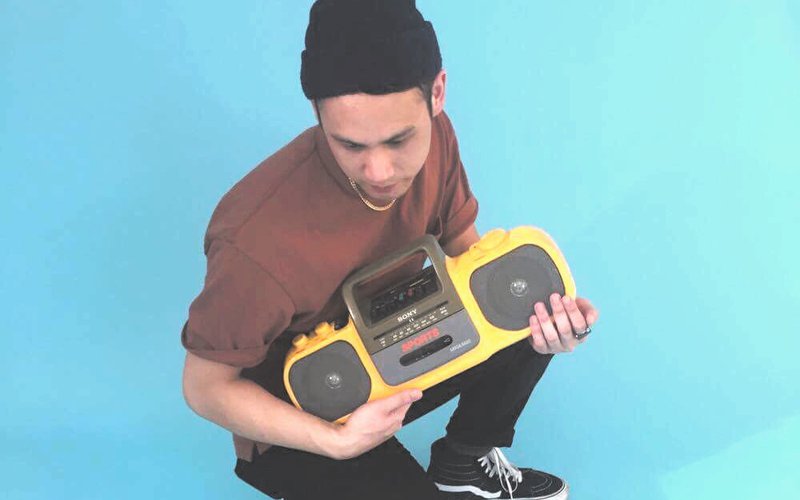 Leading up to Upstream Music Fest + Summit, the regionally focused festival happening in Pioneer Square June 1-3 with over 200 acts, KEXP will highlight a series of local artists every week with a short feature on the artist and a few tracks to start with if you're unfamiliar with their work. Our final spotlight in advance of Upstream focuses on DJ NHK Guy, who will be playing Upstream on Sunday, June 3rd at 8:00pm.

To say the work of DJ NHK Guy (née Jesse Lopez) is a master class in patchwork musical styles would be a broad understatement. Rooted in the high BPM and poly-polyrhythmic mania of footwork, the Seattle-via-Isahaya-via-California DJ/producer cherry picks from a vast array of genres to put color into the florid, textured beats which augment his mixes and flit through his debut full-length, At Your Door -- from R&B and soul to J-pop and 8-bit keyboard music.

KEXP recently caught up with Lopez about his foray into music and how time spent living in Japan influenced his work. Lopez was also kind enough to contribute an original mix featuring a host of Pacific Northwest artists, including fellow Upstream performers Lushloss and Wristboi.

KEXP: Can you pinpoint the exact moment where you wanted to get into deejaying and producing?

Jesse Lopez: I know plenty of people who started DJ'ing first and then got into producing their own tracks, but for me it was the reverse order. I definitely have my cousin Alexa to thank for getting me into producing; I remember coming to visit Washington as a teenager and she introduced me to the program GarageBand on her PowerBook.

I may have enjoyed myself just a little too much tinkering with all the stock sounds in the program, and it blossomed into a much bigger passion for me further down the road. It wasn't until I started being way more focused on dance/club music styles a few years later that it made sense to learn how to DJ. I'm so glad I did because there are few feelings in this world better than finding that perfect blend of tracks that you just know no one else has thought of. I live for that!

What would you consider to be your chief inspirations?

The sounds I put out are mostly influenced by a combination of my heroes in the footwork world. OG's like DJ Rashad (RIP) and Traxman, but also artists who are really evolving the style like DJ Paypal, Jlin, Foodman, and Kush Jones.

I've also been very inspired by my own experience relocating to Seattle a few years ago and channeled a lot of those personal "Summertime in Seattle" feelings into my album At Your Door. Since moving out here I've also discovered so many artists and DJs here that have had a huge impact on how I listen to/create/DJ music. Too many to mention in one breath but catching performances by artists like DJ Hojo, DJAO/7777777, PHNK, Yung Futon, Hostboi, DJ2 (aka Sword of Thorns), T.Wan, and Ca$H Bandicoot my first few months in Seattle really showed me how special it is out here and continues to inspire me.

You lived in Japan for a few years. Were you already making music before you moved there or did you start while you were there? How did living in Japan inspire you musically?

Yup, and my first DJ gig ever was in Japan actually! Thinking back it was a pretty bogus DJ set but still one of my fondest memories. A few years later I linked up with a collective of artists/DJs/producers based out of Fukuoka called Yesterday Once More (YOM for short). Having that support network of such talented people all working on their own innovative sounds was probably my single biggest push early on to become better at DJing and composing tracks.

I started making tracks as DJ NHK Guy soon after that and towards the end of my time living in Japan also started to dive into the whole catalog of 70s/80s J-Pop and Album-Oriented Rock also called City Pop. I was (and still am) so captivated by the sound of this era that the majority of samples I used in At Your Door ended up being from my favorite songs I found during this period.

Do you have any set artistic goals for yourself, or are they always changing?

I'd love to just keep making music that makes me (and hopefully those who listen to it) feel happy and want to dance. As a personal goal, I'd love to introduce as many people as possible to footwork music and dance which for me has been the most amazing thing that has hit my eardrums to date.

You're playing Upstream Music Festival this weekend. What are you hoping people experience from your live set that they can't get from just listening to At Your Door or your mixes?

I always make it a point to create a unique set for every show I do and have yet to repeat the same exact set twice. Upstream is no exception, I feel like I've pulled out all the stops to throw together my favorite blends and special flips of my own tracks I've made to date. There will be plenty stuff being played on Sunday night that no one else has heard yet.

I'm also hoping that people not at all familiar with the style of music I share get to experience something new and exciting themselves. Anyways, I'm extremely psyched to be playing Upstream and can't wait to enjoy all the amazing tunes from all the other dope performers! 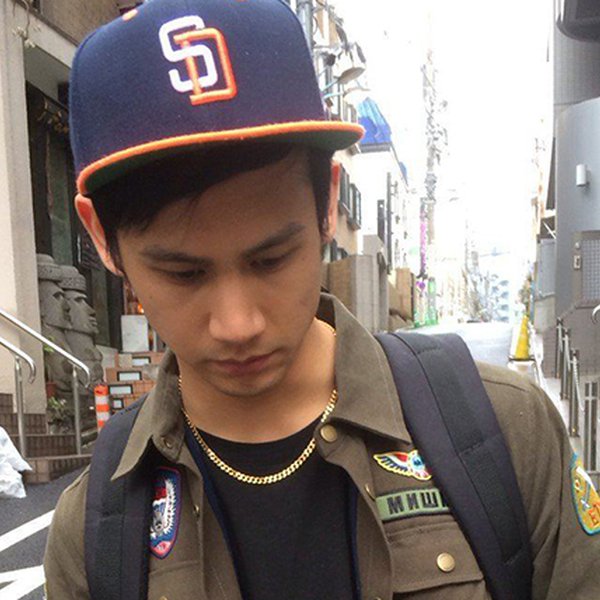 DJ NHK Guy is the alias of Seattle-via-Fukuoka electronic producer Jesse Lopez, creator of some of the finest juke/footwork rhythms to emerge locally as well as internationally in the last few years. Fusing a love for disco, J-pop, vaporwave, R&B, and video game soundtracks through frenetic a...