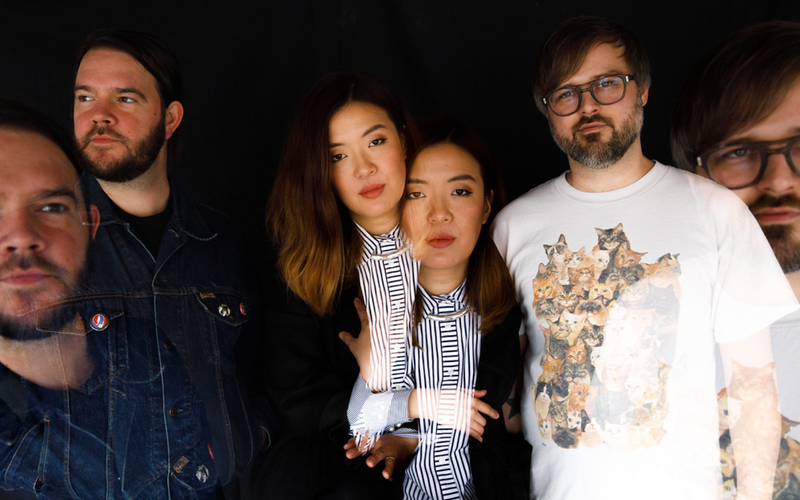 How do you handle the anxieties of the world we live in? Maybe there’s the tinge of fear you feel at every news notification on your phone, regrets and stresses aching in the back of your mind, never having enough money, or a million other things that plague people’s consciousness everyday. It can be so overwhelming that you want to give up. Roanoke, Virginia’s indie rock act Eternal Summers may have found a better way – they wrote songs about it.

On their latest album, Every Day It Feels Like I’m Dying... (out this Friday, May 4 on Nevado Music), Eternal Summers find themselves grappling with feelings of hopelessness and attempting to turn it into something hopeful. Whether it’s in Nicole Yun’s empathetic, dazzling lyrical imagery or the blissful tones of her guitar melding with Daniel Cundiff’s tasteful drumming and Jonathan Woods’swooning bass lines, the album is as therapeutic as it is a treat for your ears. We caught up with Yun to learn more about the modern anxieties that inspired the album, their global influences, and finding catharsis in playing the songs live. You can also stream the album in full below.

KEXP: Every Day It Feels Like I’m Dying is the longest amount of time you’ve spent working on an album, having written your previous releases within a year each. How do you feel like this change of approach affected the album? Did taking more time give you perspective on how you’ll make albums in the future?

Nicole Yun: Patience was a key factor in the making of this album. Patience with each other to recover from touring/band burnout, patience with the creative process to let songs change and breathe over a longer period of time. I think the result is a much more organic set of songs that feel cohesive- different paragraphs of an essay. I liked having more time to write- but I love seeing what songs come out with a quicker deadline. Who knows what's next? We do already have some new songs brewing.

There’s a push and pull throughout the record of feelings of hopelessness in the lyrics and the jubilant, bright instrumentation. Even the albums title and the album cover feel like they’re in contrast with one another. Was this an intentional balance you were trying to construct? What made you want to utilize these types of – for lack of a better term – literary device on the record?

The contrast of darkness and light in our lyrics, music and visuals has always been there. On one of our most popular songs from the album Correct Behavior, the chorus soars joyously as the lyrics warn "happy is the man who understands it's going to burn." The lyrics for the new album are not so much hopeless, as they are a cry for hope, and a summoning of strength to be hopeful for the future.

The title of the record can imply a lot and might be interpreted by fans as alarming, but it sounds like it’s not meant to be so much about suicide as it is about being honest with your mental health. Could you talk a little bit about the choice the name the album Every Day It Feels Like I’m Dying, how you interpret it, and maybe hope others do as well?

The title is the first line of the song "Dying to Know," which is actually "Every day it feels like I'm dying... to know." I think the delivery of the lyric in that song is almost like being unintentionally vulnerable, and trying to cover up that vulnerability to be more socially "appropriate." So in that vein, the title has a lot to do with mental health, or the thoughts and emotions we may feel like we need to keep to ourselves because we don't think others could relate to us, or our handle our mess. The title isn't Every Day I Want to Die…. It's more about the feeling of life energy leaving you when there is just too much sadness, evil, or injustice in the world. I dare say, more people relate to the title when they have a moment to really think about it.

I’ve read that aspects of the album were inspired by the constant dread that comes with reading the news and dealing with current events since the 2016 Presidential election. You’ve also referenced being conflicted on how to broach those topics. How do you feel like those ideas manifest in the record? Has turning to music helped you reconcile with any of those stresses and anxieties?

One song that sums up this feeling like no other is "Oblivious." The subject of the song deals with the danger of turning a blind eye to the REAL news, the danger of being ignorant (though ignorance can be a comforting coping mechanism for stress) and ignoring the palpable struggles of people who may be the most likely victims of injustice. Turning to music has always helped me deal with anxiety and stress, but I wager that the more we perform the songs live, the more catharsis and resolve I will hopefully feel with the state of our country and world. Here's hoping!

You’ve referenced that a lot of the album pulls from pop music from France, Japan, and Sweden. What about the music in these regions appealed to you and how did you try to contextualize it within your own sound?

It's hard to generalize about each of those countries, but I know that groups like Stereolab, Pizzicato 5, Advantage Lucy, Kings of Convenience, and the Cardigans all have an approach to a pop song that feels energetic without being aggressive, catchy yet unencumbered by the tropes of rock music. All we were doing was listening to music we liked. Influence happens naturally.

Given the tender atmosphere of many of the songs on the record (notwithstanding anthemic tracks like “Oblivious” and “Contenders”). How do the songs translate in the live setting and what is the “vibe” you’re hoping to convey with the songs on tour?

In the live setting, a lot of the songs you are describing require a lot more confidence than a loud, raucous song would. It's been a personal goal of mine to learn how to be comfortable with the silences and spaces in between notes and beats. I hope the vibe is still very fun, yet vulnerable, groovy, dance-worthy, thought-provoking. But whatever happens, happens!

Given the multitude of influences on this album, it sounds like you all have a wide spectrum of musical taste. What are you listening to right now?

I personally have been checking out some newer bands. One I'm really digging is the band Crumb. They are jazzy! But besides them, loving the new Tres Oui album, and I've also been going back into the older Cornelius albums. The guys would have totally different answers for this, and that adds to the abundance of influence always traveling through our band.

What’s next for Eternal Summers?

We have a couple tours lined up this summer – maybe Europe in the fall. We've already been working on new songs, but it's hard to say what our pace is going to be. In the meantime we all have other project – Jonathan is in an electronic project called Sleepybeef that is releasing an album soon. Daniel writes and sings for his Americana/country/psych band called The Concerns. I worked on a solo album at the end of last year and it is currently getting mixed, so hopefully that will be coming out soon! 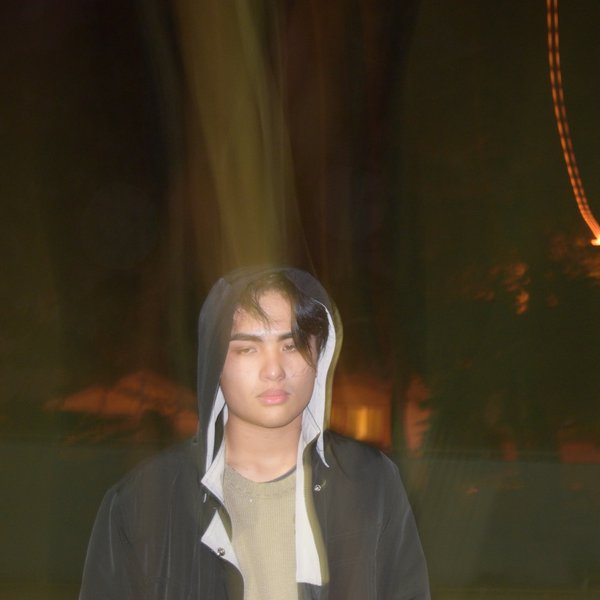 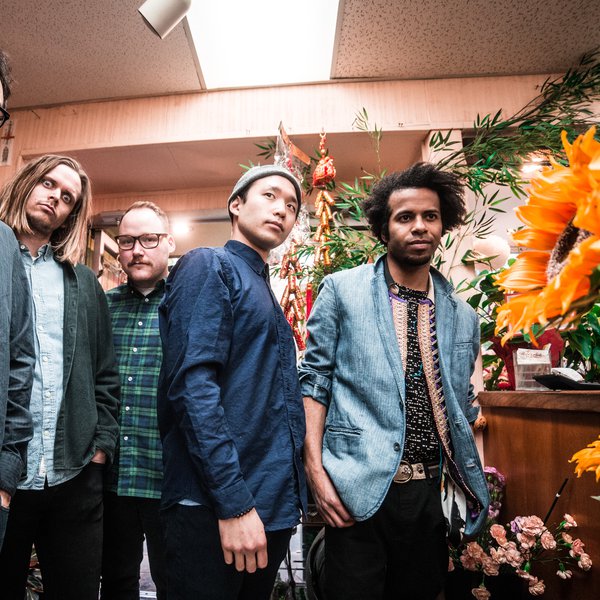 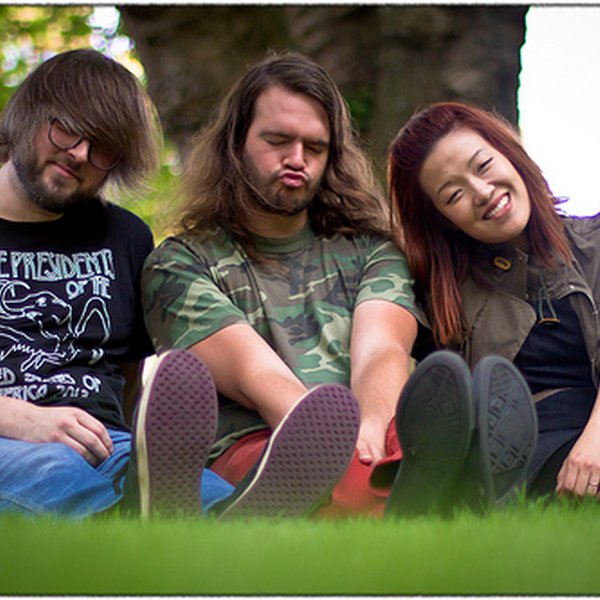 Embracing the season, KEXP opened its live room for a shimmering live session with Eternal Summers. With a selection of cuts from their new Gold and Stone LP, the Virginia trio create a vast current of sonics that splash the ears with ditties are as deep as they are dangerous. From the tranquil nos… 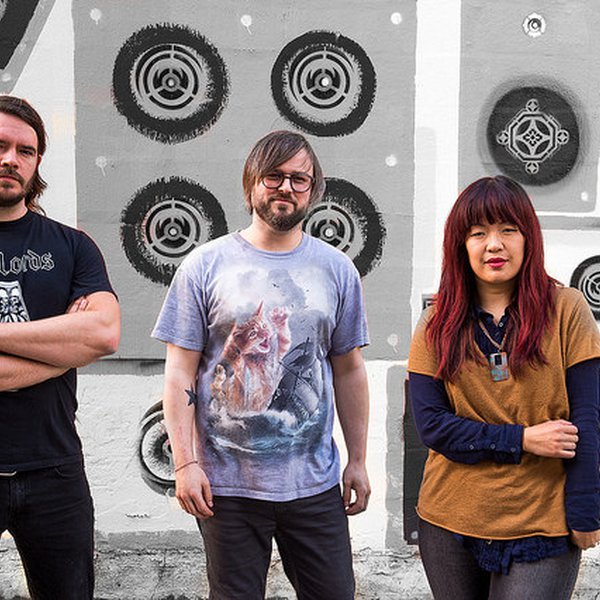 Song of the Day: Eternal Summers - Together or Alone