When the times feel hopeless, how do you find a way to be hopeful? It’s a paradoxical, trying question. But if there’s any act that has the perspicacious insight and wit to tackle such a feeling, it’s Seattle’s own Breaks and Swells. The seven-piece group’s blend of soul, funk, and R&B has been scorching Seattle stages since they formed in 2012 and through a slew of singles and EPs. It’s hard to listen to their music and not want to get up and move. But it goes deeper than that, as exemplified in the title track from their upcoming album We Will Not Despair.

"After the 2016 election we were all just kind of deflated,” vocalist Marquetta Miller tells KEXP in a statement. “I personally spent months getting high, reading Politico and crying.”

It’s a 21st century – or better yet, 2018 – anxiety and one that doesn’t come with an exit plan. Getting high and reading the news can sometimes feel like the only thing you can do when the rest of the world looks like it’s crumbling around you. It’s easy to feel hopeless. But what’s different with Marquetta and Breaks and Swells is not how they feel those emotions, but how they act on them next.

Miller shares more about the genesis of the song:

At the same time we were writing for the new album and one song in particular was giving me trouble. I had started with the line "Your voice goes bouncing all around inside my head/Your face on the back of my eyelids when I go to bed" intending to write a sort of paranoid love song, but was struck by the obsessive ‘relationship’ I was in with the new President and his administration. The finished product is a laundry list of Trump's transgressions, a plea to surround ourselves in the armor of hope and love, and a threat that we're all watching."

All of this makes “We Will Not Despair” a subversive act of joy in a situation that seems to feed on sucking away hope on a daily (okay, maybe hourly) basis. The sounds of an organ springs out immediately at the beginning of the song, creating the sense of – like Marquetta says – a love song. If the track were stripped down to an instrumental, it’d be easy to embrace the groove and dance and push bleak thoughts out of your mind. But instead, Marquetta’s jubilant vocals pierce through and take things a step further. She calls out all of the lies, racist immigration policies, and tyrannical tendencies. She does all of that with a smile on her face, before turning to the audience and offering up a simple but effective mantra: “We will not despair.”

Stream the song below.

We Will Not Despair is out June 19. You can catch them next at their dual video release party with Black Giraffe on June 14 at Barboza. 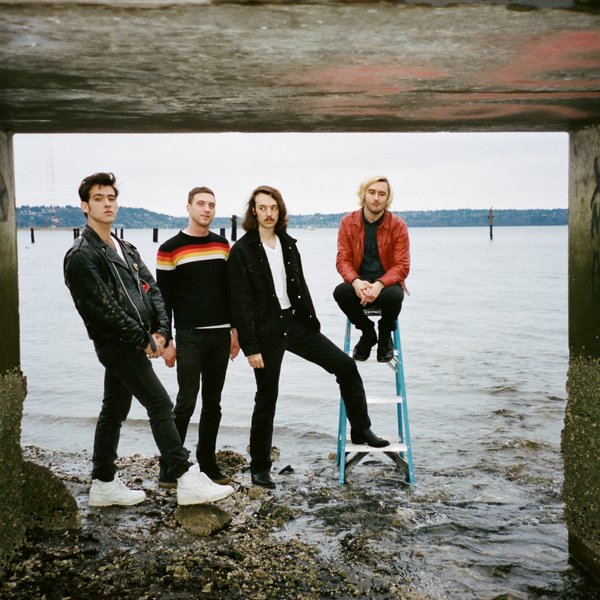