Singer Ann Wilson appreciates people. The powerful-voiced frontwoman for the legendary rock ‘n’ roll band, Heart, which has sold tens of millions of records over four decades, continues her career in the music industry so that she might continue to engage in honest, even primal expressions and connect with people along her journey. It’s these genuine -- even “basic” -- interactions that Wilson truly holds dear. And this urge drives her to tour. Upcoming dates include Friday, February 9 at the Emerald Queen Casino in Tacoma and Saturday, February 10th at the Spirit Mountain Casino outside Portland. After those shows, Wilson will travel to Los Angeles to record a new solo record and, later, she will tour with Jeff Beck and Paul Rogers. We wanted to catch up with her before her upcoming travels to talk about the new record, what it’s like to perform for her in 2018 and how she reflects on her day-to-day life. 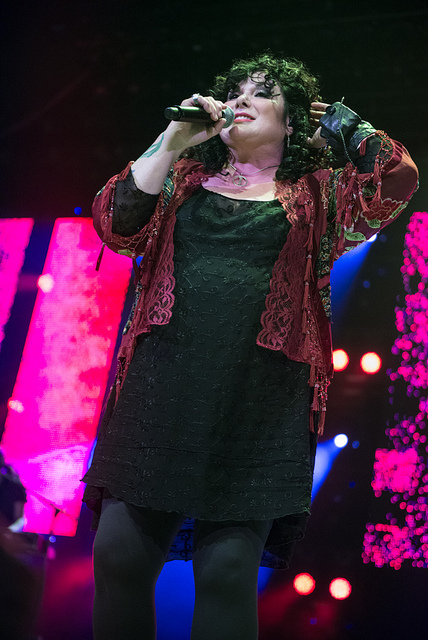 What do you enjoy about playing live at places like the Emerald Queen Casino?

The main thing about playing a show, no matter where it is, is being with people. I don’t really qualify people in terms of the venue they’re inside of. When you’re up on stage, doing music, it’s really all about working and connecting with people. The rest of the world kind of goes away. So, I feel good about playing there. That particular show is going to be sold out and there’s going to be people I know there.

I’m doing two shows on the west coast partly because I’m going down to L.A. to start working on a new record. So I wanted to do a little playing with my band in the northwest before we break down and go to the studio. After the studio, we’re going into Paul Rogers mode. These are going to be the last two shows -- in Tacoma and outside of Portland -- that we’ll do the same thing we’ve been doing for the last year. Then we’ll be closing up one incarnation before we open the next. I just feel great about it.

What can you tell me about the new record?

The concept of the record is that all the songs are written by people who just recently died. So, I’m honoring Chris Cornell, Chester Bennington, Leonard Cohen, Tom Petty and a few others. It’s just a really great experience to get to thank them and to get back in the studio on my own. It’s only the second time ever I’ll be on my own -- I did a solo album in 2007 called Hope & Glory -- so I’m looking forward to it. I’ll be working with the original Heart producer, Lex Luger, who did the first five records with Heart. He and I are getting back together, that’s going to be a blast.

How has playing live and recording changed for you over your career?

I think the longer you do something -- if you’re a cabinet maker or another kind of artist -- the longer you’re going to do it, the more you’re going to find your primal self. You might be able to peel off more mature ideas and work your way through some of the less relevant idealism and get to stuff that’s very you. I just think that the boundaries always have to keep being pushed out if you’re going to be bold enough to call yourself an artist. So, hopefully, people will like it. That’s the idea. That’s what you really hope for. That’s the warm water you might be boiled in later. But right now, it’s the creative process I’m doing for myself.

How old were you when you realized your voice held so much power?

I didn’t realize that I could sing rock ‘n’ roll until I was in my early 20’s in Vancouver, B.C. I knew I could sing ballads and folk music. But I didn’t really know I could sing full voice and so high until about ’73 or ’74. The band I was in at that point, Hocus Pocus, which later became Heart, the guys wanted to do a lot of Led Zeppelin and none of them could sing that high. So I just kind of gradually learned how to do it.

That was really a moment of breaking glass. You have to step out of a careful, more controlled, shy place. When you just get up on stage and act like a superstar and look pretty, it’s one thing. But you can really maintain a lot of dignity that way, staying safe. But when you start singing rock ‘n’ roll and jump around and sweat and throw yourself around and ask your body to be your axe, then it’s very undignified. So, I guess, for me that was the big change. Okay, I guess I’m going to free myself. It was pretty liberating. It still is.

I don’t feel that I’m a professional dancer by any stretch, but I do feel that I have a dancer’s soul. So, when I get up there, I get in sync with the bass and drums and I move around. The voice comes naturally out of that. It’s very physical. The better you feel body and soul -- the mind-body connection -- the more magical singing is. What artists do you like to sing around the house?

I basically like to sing along with anything -- not stuff I hate, of course. But if my husband is playing, say, a Johnny Cash album, I’m happy to sing along with that. Lucinda Williams. Or opera or classical. Anything. I don’t really limit myself to rock.

As someone who’s done so much over the years, what keeps you in music?

I feel it’s a really primary form of enjoyment and communication for me. When I listen to music I love that it totally fills me. And I feel lit up. I feel light. When I’m on stage and everything’s clicking, I feel like that hollow reed. It’s very spiritual for me. In terms of recording, that’s just like making a beautiful mud pie or building a fort. It’s really satisfying. And sometimes the only way to consummate with a song is to build it bit-by-bit and get that big Aha! Then, as you record a new piece of music, there’s this incredible romantic honeymoon period before the press or record companies or business people get ahold of it when you’re like Oh my god! This is just great!

Is there something you’ve noticed about today’s business practices in music that you’re flabbergasted by, in either a good or bad way?

I don’t believe that the business of music has changed that much in the last fifty years, not that much. The basic concept of buying songs by the masses is the same. People want to sell it and people want to buy it. The rules of salesmanship prevail. But I think that nowadays things are so organized into niches and genres; we have so much super-saturation of stuff out there. Everyone can make a little record on their iPhone. There’s no quality control, no middleman. The world is awash in music of all levels of quality. So it has to be separated in millions of genres and you have to wade through it, pick a song you like. It’s not an artist’s market, for sure. Music is kind of like wallpaper now.

Is there anything you lament about fame?

Fame is like sex. It seems like a really big, huge thing before you have it. Before you have it, you’re all enamored with it, it’s the biggest thing ever. But when you have it, you may just want it more and more. Or, if a certain bad experience happens to you, you want out -- but there’s no way out.

I, personally, cherish fame. I don’t chase it. I cherish it. What it really boils down to is that you’ve reached people. They’ve heard you. What you’ve said has meant something to them. I don’t get off on things like strutting around like a peacock but I do get off talking with people and knowing something really helped their lives and altered their lives. What do you tell young women looking for advice from you?

I’m not the wise old owl when it comes to wisdom of the universe, but I would say if I’m going to talk to young women about getting into the entertainment business, I’d say watch your butt because you just really have to make sure that you are extremely good at what you do and you have to be completely willing to sacrifice everything to do it. And don’t mistake your looks and sexuality for personal power. I know a lot of young women who think, “I’m 24, I’m good looking, I’ve got this butt that goes for miles, big tits, therefore I’m a feminist.” And that’s so missing the point. Don’t get me started! Just be authentic, don’t take no for an answer and sure as hell don’t sell your body because that’s just temporary.

What do you find yourself learning about these days, either about music or the world at large or how you orient yourself to your day-to-day?

Day-to-day, I suppose I’m learning to be really basic. My husband and I live a very simple, basic life now. I lived for 35-plus years in Seattle with a big house, staff, nannies, housekeepers, cars. Now the two of us are living really simply. I’m learning how far away I got. When you make money, you start adding on and adding on. When you choose to step out of that, it’s amazing to see how far away you’ve gotten. The basic life really is helping me to remember myself. That’s one thing fame can do that you have to watch out for. It can really turn that person in the mirror into someone who isn’t you. It’s very easy when you have to present yourself in public all the time, worried about makeup or hair, what are people going to think? So, it’s wise to go into a retreat where there’s a place with no mirrors. 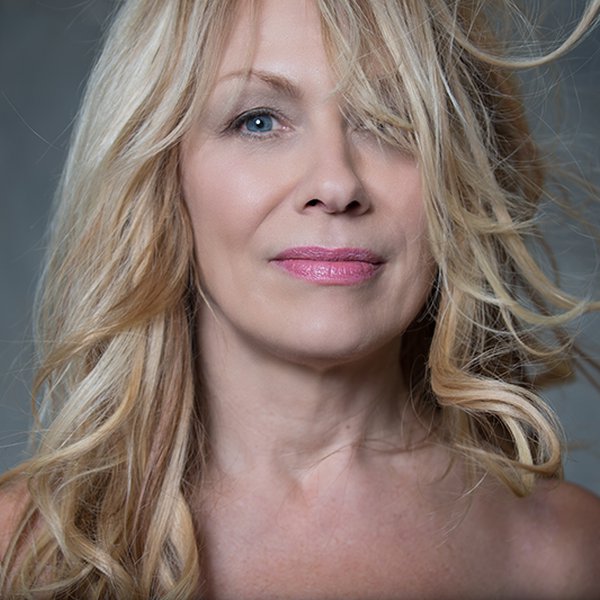 Tonight, Friday, April 7th, Seattle's own Pearl Jam are being inducted into the Rock n' Roll Hall of Fame in a ceremony at Barclays Center in New York. (Other inductees include Joan Baez, Electric Light Orchestra, Journey, Tupac Shakur, and Yes.) HBO will air the event later this month on April 29t…