No need to be wary. The names of those in Seattle supergroup OCEANWIRES will be familiar to KEXP listeners: Dave Einmo (Head Like a Kite) and Aaron Starkey (Gibraltar) with Jeff Baars on drums (Mike Johnson, Long Dark Moon) and Samantha Wilder on bass (Princess). Together, the group combines their past with the present, adding the tense, punk influence of '70s guitar-based bands like Television and Gang of Four with a modern day tension also found in bands like Naked Giants or Thee Oh Sees (or "Oh Sees" or whatever frontman John Dwyer wants to call them this week).

And like Naked Giants, OCEANWIRES also enlisted the talents of legendary local producer Steve Fisk for their debut album THERE NEVER WAS A WAS. Both Fisk and Matt Bayles (Minus the Bear, Mastodon) produced and recorded the full-length, which will be out February 15, 2019. Today, we get a first taste with the single "Beware the Heartless" and its accompanying video.  The exquisitely-shot clip (those forest shots!) finds the band rescuing a stuffed giraffe, descending a staircase, and preparing an omelet, all soundtracked by a single that calls to mind a more melodic Hot Hot Heat.

We asked the band about the video, directed by Matt Wesson.

Making a video is a lot like recording a song or painting art. There's this excitement about taking an idea and then creating something others can see and hear. It becomes a vehicle to express an emotion that then others can receive and hopefully relate to. I love making videos almost as much as writing and recording the songs that support them.

Originally we were going to shoot the video ourselves. Total joke. Aaron and I walked into the local filmmaker gear rental store and didn't even know how to ask the right questions to get what we needed. It was like, "hi, we need some stuff to make a music video." When they asked us specifically what we wanted, our response was "stuff?" They laughed with us and took the time to show us the basics. But when we got home to start shooting, we quickly realized we had no clue on how to even plug in the lighting. Director Matt Wesson bailed us out and drove over and took over the shooting, videography, and directing. I've worked with Matt on many of the Head Like a Kite videos, so it was natural to reach out to him to do the debut OCEANWIRES video. Without Matt, this video would have been a bunch of out-of-focus shots of Aaron's hand with the lights plugged in backward.

In the spirit of DIY, after our initial video plans fell through, and after just the "right" amount of beers at the Tin Hat, it made sense for us to just go and rent gear and make it ourselves. Of course, we had no idea how to make a video, but we definitely had seen it done in movies. Storyboard? Totally. Let's make one in a notebook. Stuffed giraffe? Mystery locations? Typewriters? Eggs? Yes. Yes. We can do this.

We intentionally wanted to offer optimism to a song that has what might seem like darker lyrics. So when we created the storyboard for the "Beware the Heartless" video, we purposefully introduced lighter elements such as the giraffe to provide playfulness. It's surreal so there's lots of room for interpretation. But our intention was to explore losing and rediscovering things that are important to us.

As for the song itself, the guys give some insight into its creation:

"Beware the Heartless" was recorded shortly after we finished the rest of the album. A few weeks after we wrapped up mixing, we left the studio to start practicing for an upcoming show. But rather than rehearse, we started riffing on a few new ideas. It led to this inspiring moment where new melodies started flooding in. We knew the record was supposed to be done. But there is no rule that says you can't go back and add more, right? We were excited and wanted to capture that enthusiasm in the moment. Soon we were back in the studio and recorded three new tracks for the "finished" album." "Beware the Heartless" was the first of these new songs.

I remember being so excited to record that I didn't take a lunch break. Bad idea. When I recorded the guitar intro to "Beware the Heartless," my blood sugar dropped and my hands were shaking. It took me an embarrassingly long time to finally get the right take on a 9-second part. Each time I hear the song, I want to devour a sandwich.

"Beware the Heartless" is where, for me at least, David and I really settled into how our two guitar styles can work together in a way that was exciting to both of us. We stopped trading off parts, and started playing parts, together, to make something that neither of us could have played on our own. It's subtle, but it was an important process in our songwriting together.

OCEANWIRES' debut single “Beware the Heartless” is out today; stay tuned for the full-length THERE NEVER WAS A WAS, out February 15, 2019. The band plays a single release party on Friday, December 14th at Barboza with Dust Moth + Razor Clam. 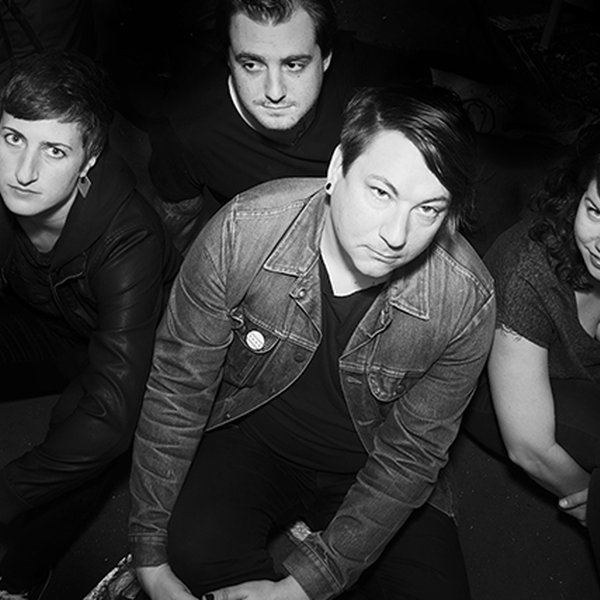 Song of the Day: Gibraltar - Cold 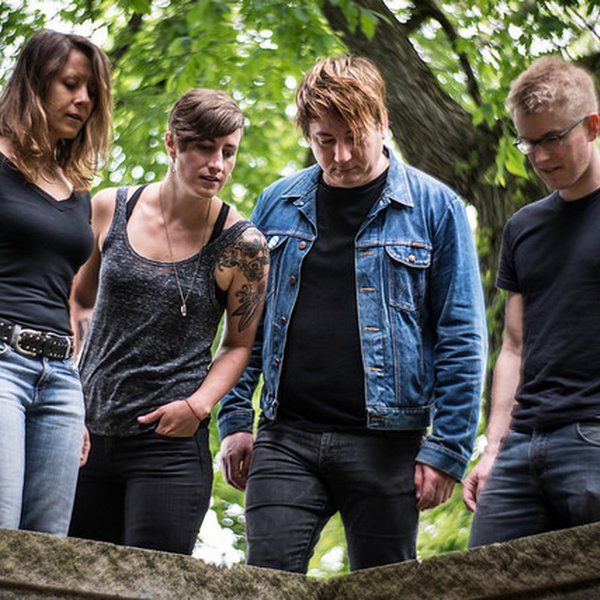 Song of the Day: Gibraltar - Snakes!