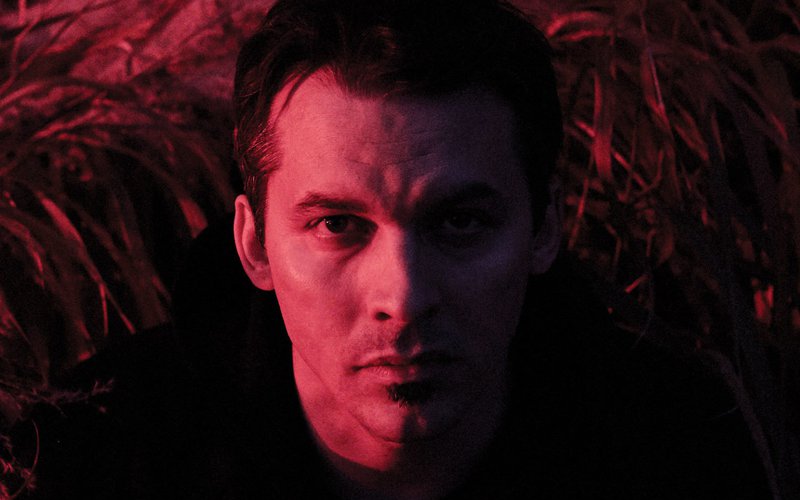 Sean Daley is the rapper, Slug. And Slug is one half of the Minneapolis, Minnesota, hip-hop group, Atmosphere, which released its latest LP, Mi Vida Local, on October 5th. With an upcoming national tour slated for the group, which includes a stop in Seattle at the Showbox SoDo on March 2nd, we thought we should catch up with Atmosphere’s frontman and talk about the new album and what tour life is like. For such a prolific duo, which has created underground hits like “God’s Bathroom Floor” and “Trying To Find A Balance,” we wanted to talk to Slug about the idea of a perfected song and how he maintains the energy to write, record, tour and manage his outstanding independent record label, Rhymesayers.

KEXP: Do you remember your first writing notebook?

Slug: When I was a kid, there were teachers that would make me journal but I don’t know that I would count that as my first writing notebook. I can’t say I have a memory of a first writing notebook. I actually wasn’t much of a writer as a kid. I used to draw. I was more a visual artist growing up. I wanted to illustrate and draw things. So, I had sketchbooks like that as a kid. The very first one I took seriously was in junior high in 7th grade. It was one of those black books with the hard bumpy cover. And I started drawing graffiti and that was my entrance into the world of rap. From writing graffiti, I started to write raps. But even then that wasn’t writing them down as much as memorizing them.

Now, though, I do write my lyrics. When I first started rapping in junior high school, we weren’t writing down our lyrics. We were just taking other people’s rap songs to make them fit ourselves; we were customizing people’s songs to fit us. So, I started writing probably in 10th grade when I wanted to be a rapper so girls would like me. Now, I write on a laptop. I write all my raps down. I’m not Biggie Smalls, man; I’m not making up songs off the top of my head.

Your lyrics are often about people around you. Do you remember when you got good at noticing human behavior?

I’ve always paid attention to human behavior. I’m the oldest sibling, so I had to learn how to be attenuated to other people’s cues. I’ve always been extremely cautious, paranoid, so that played a role to me paying attention to other people’s behavior, to make sure I was safe around people. When I started to kind of jokingly refer to myself as an emotional consultant, that was probably around high school as well.

You’ve had a very full career — from collaborating with artists like Brother Ali and Tom Waits to running your own record label. How have you maintained the energy?

Oh man, it’s just fun. There’s nothing else I would rather be doing. I find that anything that you’re doing that you enjoy and love, if you don’t have the energy to do it, just take a break and do something else. That way, it feeds itself, it’s like a snake eating its own tale.

Your work is often vulnerable and philosophical. What have you learned about your orientation to relationships by being so open?

Well, you know, what you see as a lamb, somebody else can interpret as a poisonous garden slug. It’s like my “thoughtfulness” and “openness” to somebody else might be seen as a flaw, especially in my own interpersonal relationships. I’ve definitely had partners in the past who have not necessarily been happy about certain things in my music. Since then, I’ve tried to learn to be more conscious and considerate about putting business on my songs. I’ve learned that the only person I’m allowed to weaponize my music against is myself. Back in the day, I’ve been guilty of intentionally using my writing to hurt others. Now, I won’t do that anymore. I’ve become even more self-aware if you can believe that. And now I am careful to never ever hurt somebody else, especially someone I care about. I have no problem hurting someone from, say, the current administration. But someone I care about, I’m a lot more cautious.

One of my favorite records you’ve recorded is Felt 2, which you did with Murs. Do you have a favorite memory from those sessions?

Oh yeah, man. “Cement Angels.” That was a real phone call. That was me trying to act all cool in front of Murs. Now, in hindsight, I feel like such a douche. It was kind of douchey. But the real thing about that record was the times me and Murs started arguing. That happens every time we hang out. We’re friendly for, like, 30 minutes and we spend the next two-to-three weeks arguing.

Through Rhymesayers, you’ve introduced audiences to a lot of great hip-hop. What about spotting new talent interests you?

I’m just excited about anything that can replace me. Hell, nowadays I’ve been replaced and I’m excited about that. Here’s the deal: I make music that I want to hear but I’m not quite informed enough or I don’t have all the tools to make perfect music. It sucks to know that, but it’s okay. I love what I’m doing but it’s just not quite perfect. It’s as close as I can get. So, when I hear someone who I feel has the potential to make perfect music, I get excited about that. I don’t even know what perfect music means, but someday when I hear a perfect song I’m going to know it. In my own quest to write a perfect song, which I know is never going to happen, I would be doing myself a disservice to not be available and notice somebody else’s almost perfect song. I get off on that. When I was a kid, “Lady Cab Driver” by Prince was an almost perfect song. It’s one of the funkiest songs laid to tape. But you would listen to it from start to finish and it’s over before you realize you gave it seven minutes of your life. That’s what I’m striving for. But if I can’t do it, maybe I can find the person who can.

Your new record is called Mi Vida Local. How has your relationship to your home evolved over the last decade?

Well, a decade ago in 2008 I had just fully detached myself from the drinking scene here. Prior to that, you’d find me at any random bar all the time trying to make party with random people because I was exploiting the opportunities that were there for me. I was a local guy who had a global music career. I am able to travel the world and kick it with exotic people in exotic places and I’d come home and everyone would treat me like I was super cool and I would drink with them. So, right around a decade ago I detached from that and changed what I’m doing. My decision-making was unhealthy for me. And that was the beginning of me becoming not just local but at home. Like, in the house. Stay in the house. It was no longer just an extended tour stop.

And so what’s happened over the last decade, I’ve just really found my footing and figured out who I really am in regards to that. So now you’re going to see me watering my lawn. I wouldn’t have done that 10 years ago because I was too weirded out. What if my neighbor is out there, like, watching Slug water his lawn, taking pictures of me. I was nervous. I didn’t know what to make of that. It took me this long to be comfortable in my own skin and I would say that’s been the last 40 years, not even the last decade. Only now do I feel comfortable going into a hardware store and asking stupid questions.

The new album feels cathartic. Was there a moment making it that surprised you?

Oooo! Sure! Well, there was probably, like, 10. But the one at the top of my head now was this song, “Drown,” that I curated with some other artists. In the past, me and Anthony haven’t had a whole lot of guests on our records. It just never seemed like it would work out. But I did this one without Anthony’s permission. I went rogue and put them on the song. So when I presented it to Anthony, I assumed he’d hate it. But he didn’t! He liked it! And it made me feel happy. Like, I know how to do cool shit, too!

You’re about to go on a long U.S. tour, which is one of many in your career. How do you prepare?

I don’t know that there’s really preparation that happens anymore. It’s become a very natural adjustment. We’re in and out so often. If we had taken a year or two off touring, then it might feel like we might have to prepare. But I was just on tour last spring, last month, too. It’s a lateral movement nowadays for me.

What do you feel internally when you step on stage?

It’s hope. There’s a lot of hope. I hope I can make these people laugh. I hope everybody that came here gets what they came here for. Everyone in that room has different reasons and motives for why they’re there on that particular evening. It’s a lot to consider and it’s not anything anyone should feel responsible for or hold themselves accountable for, but I can’t help it. I always want to know that they’re all getting what it is they showed up for.

Mi Vida Local is out now via Rhymesayers. You can catch Atmosphere at Showbox SoDo on March 2nd. 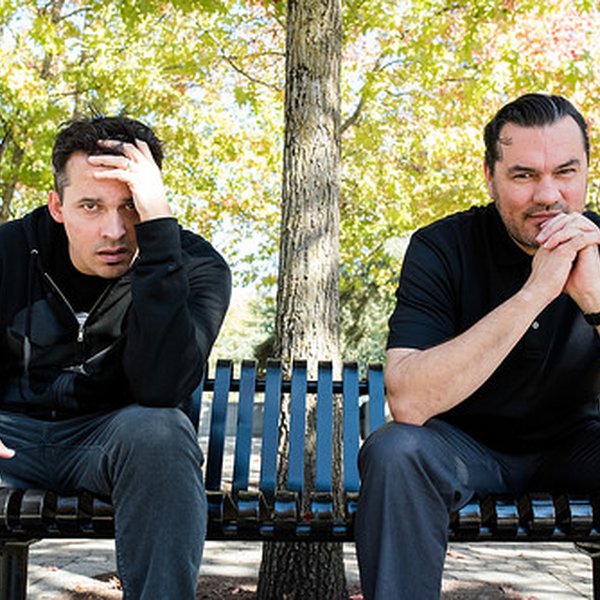 As you'd expect after 20 years of performing together, Atmosphere bring a boatload of topics to their new LP, Fishing Blues. The personal and political wind throughout the hip hop duo's emotive songs, which flow between Slug's sharp rapping and Ant's soulful production. Recently, the Minneapolis...